Today we’re going to have a closer look at one of the most craved pieces of design in the cycling world. Now, your mind might have wandered off to a new bike model, but you already know it’s not something to ride – it’s something to admire. Have a look at a new design of a trophy, which will be held on Champs-Élysées by the winner of this years Tour.

The Tour de France Glass Trophy is truly a beauty to desire and Le Tour would be far from complete without it. Its current form has been making appearance on the winners’ podium on the Champs-Elysées boulevard in Paris since 2011, when it replaced an array of varied shapes from the past. The fluid, tubular, elegant shape is now iconic and has remained the same for seven years.

It’s no secret that ŠKODA has been actively partnering with and supporting the Tour de France for 14 years now, along with many other mass cycling events all around the globe.

It’s because the roots of the company stem from a long-gone Czech manufactory called Laurin and Klement – named after its founders – which first product was a bicycle. Founded in 1895, it took the factory just ten years to produce their first automobile after making quality Czech bicycles. And that’s how ŠKODA was born.

To draw from its Czech and cycling heritage even more and to strengthen its bond with history, ŠKODA decided to gift Le Tour winners with original designer trophies. The minimalist silhouette was inspired by a bike tyre shape and the design changes every year, but the inspiration draws from both the past and the future at the same time. 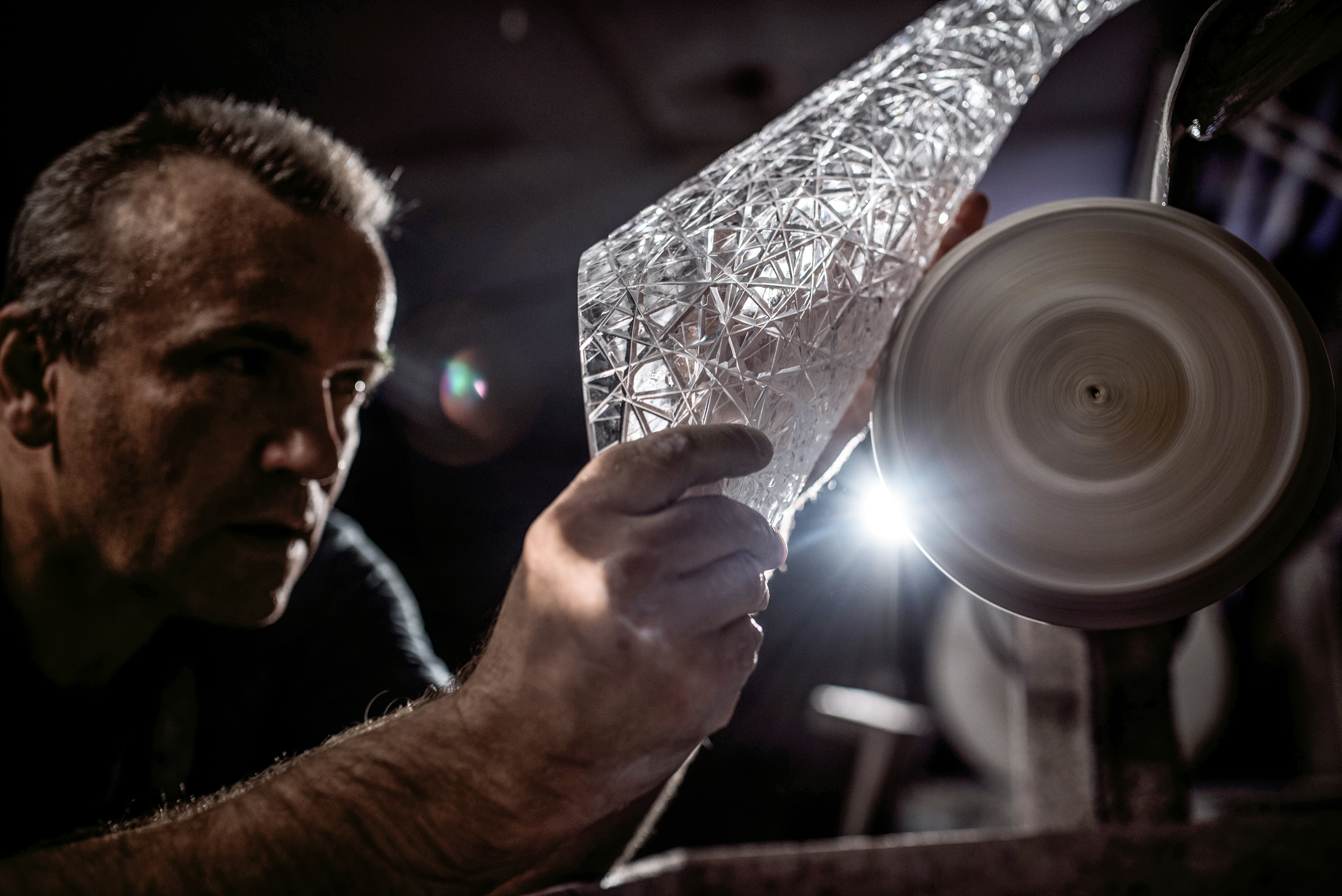 The past is symbolised with Czech crystal and Czech Cubism, feats that reached worldwide fame, and that fluidly evolved into ŠKODA’S current design language and décor, projected into crystalline lines and minimal, sharply cut forms, resulting into one of the most prized trophies in the sports world.

All in all, not only is the person in possession of this unique piece of glass design one of the best living cyclists in the world, but he gets to have and actual piece of history on his mantelpiece.