For most cyclists, recharging their batteries means slurping energy drinks or scoffing a banana, and for e-bikers it means finding a plug socket. Nothing stops Mumbai cyclist Sushil Reddy – his bike pulls […]

For most cyclists, recharging their batteries means slurping energy drinks or scoffing a banana, and for e-bikers it means finding a plug socket. Nothing stops Mumbai cyclist Sushil Reddy – his bike pulls a cart equipped with solar panels pulling 220 watts directly from the sun.

Can Bikes Be the Solution to Electricity Crisis?

As a graduate of the Indian Institute of Technology, Sushil has a growing reputation for pushing solar powered e-bikes to their limits – he was awarded a Guinness World Record for the longest journey on a motor-assisted bicycle.

This June, Sushil will take on the iconic scenery of France. At the invitation of The SunTrip Tour, Sushil will be tackling several stages that wouldn’t look out of place in the Tour de France. Stage 5, from Lausanne to Trévoux, clocks in at 240 km, hitting the mountainous Swiss and French Jura range before traversing the famous Dombes of Ain.

When asked what his greatest challenge was Sushil replied: “If the sun does not come out, I will be riding a heavy bicycle since I will not be getting charge from the sun.” If there’s a cloudy day in the Alps, Sushil will certainly earn his rest days – having survived the deserts of Rajasthan he’s no stranger to adversity. 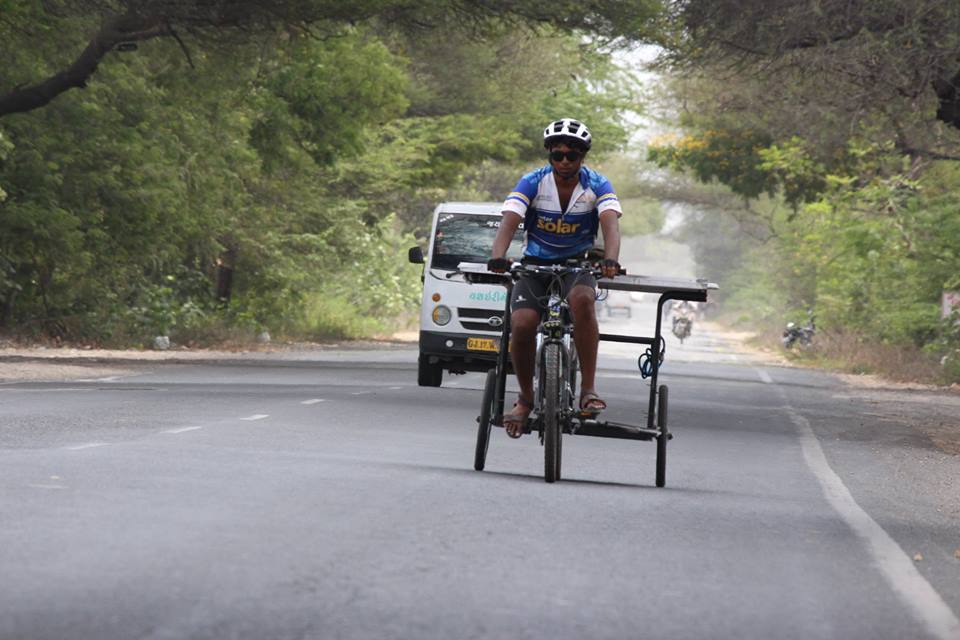 With a reputation for pushing solar technology and e-bikes to their limits, Sushil has partnered with Declic Eco and La Sun Travel in France. Sushil is more than just a determined tour cyclist – with a masters in Energy Science & Engineering he’s very much in demand in academic circles and will be giving seminars in France on his rest days. 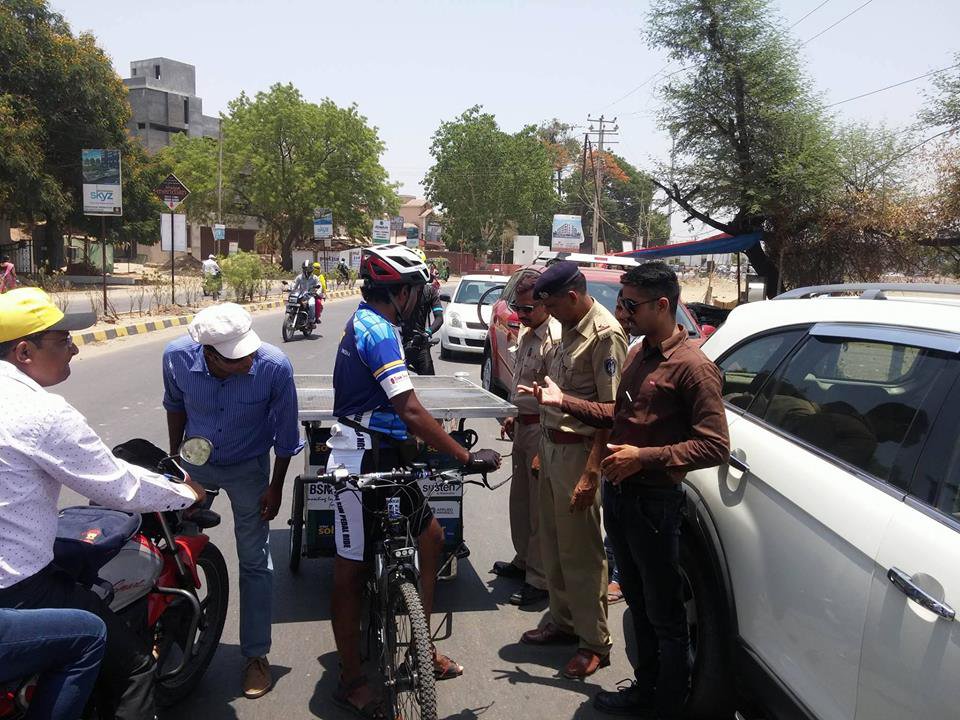 Sushil’s can-do attitude is so infectious he’ll be joined by MIT graduate Rinal Chheda when he rides America’s West Coast – and you can see Sushil speak about his adventures at The New Wheel when he gets to California.

Sushil has documented his solar powered adventures in an e-book, the proceeds of which go to supporting the energy needs of a school in Jatwara, Rajasthan. Anyone looking to get involved with Sushil are free to do so, especially if they want to be part of something special – a transport revolution.