Sagan is at it again

The world champion finished second to Greg van Avermaet at the Omloop Het Nieuwsblad, but it was Sagan who once again made all the headlines. Just watch the video above and you’ll find out why.

The one and only Paris-Roubaix

“Paris-Roubaix is a horrible race to ride but the most beautiful one to win,” Sean Kelly said, and our selection of iconic photos seconds that. Check out our most read article from last week in the link below.

Hell of the North: 10 Spectacular Vintage Photos of the Paris-Roubaix

Viral video of sexual harassment turns out to be fake

The footage of a female cyclist being sexually abused by a van driver caused quite a stir in the cycling community, naturally followed by a lot of angry comments addressed to drivers in general. But as it later turned out, all the outrage was in vain, as the video was clearly a fake. 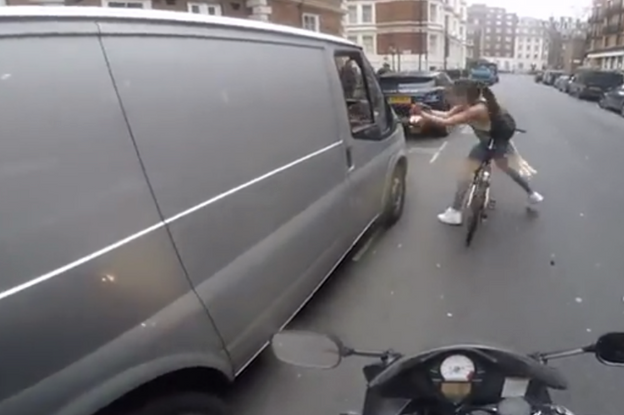 “We rigorously vet all content received from third parties to ascertain its credibility, but unfortunately our usual high standards were not met on this video,” admitted Viral Thread, the original publisher of the footage.

Once again it shows that mutual respect between all road users is the best way to go.

Greipel having fun at the Yas Marina F1 circuit

The Lotto-Soudal crew performed one hell of a pit stop!

Hell of the North: 10 Spectacular Vintage Photos of the Paris-Roubaix

Iditarod Invitational Race: 1,000 Miles of Struggle in the Alaskan Whiteout