“I’ve spent 26 years in the US Army,” says Mark, as we sit at a campfire in an Indian mountain valley. “I started cycling late, as I did with everything. We used to run every morning, and that got boring after twenty years. So I bought a bike at the Army PX store and started riding – first just to work, but I was stationed in Germany at that time, and there are bike trails that go for days, just following a river and such.”

“Eventually, I was posted to the Baghram air base in Afghanistan,” Mark continues, “and there is an eight-and-a-half-mile loop around the base. I tried to order a bike online, a good one. My first bike was a Kona Unit single-speed bike with hydraulic brakes, I put an eight-speed Alfine internal gear hub on it and I got some smooth tyres. I was riding about a hundred miles a week for several months. I lost a lot of weight doing that and I really enjoyed it.” 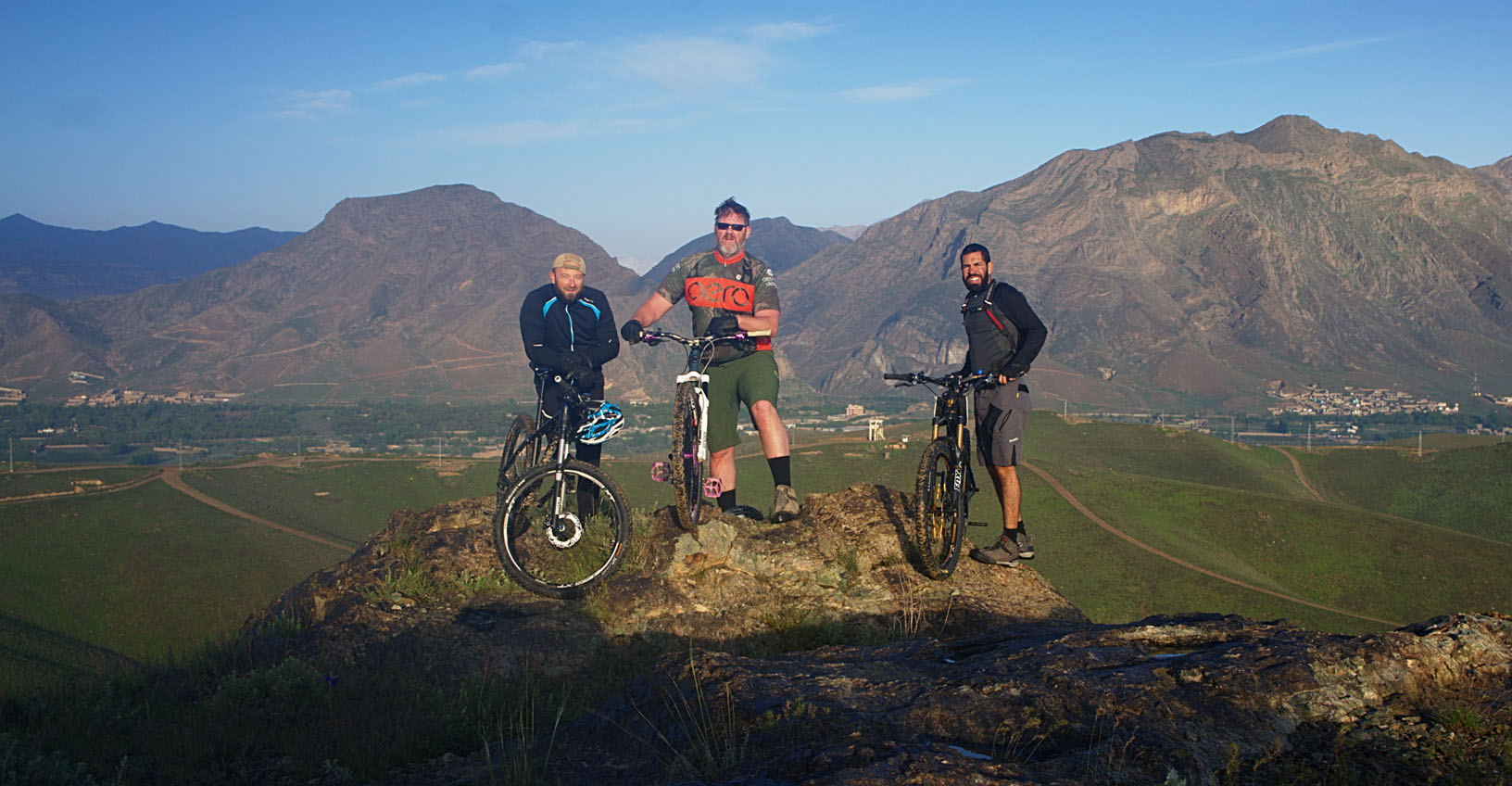 “Then I went to a Special Forces Commando training base in the mountains near Kabul. I was leading a thirteen-man team and when at the base, I saw there were peaks all around me. I asked: Does anybody mountain bike around here? No? I guess I could. And I did end up getting stationed out there and I brought my Kona, put an eleven-speed IGH Shimano on it and started biking north and south of the base,” Mark told us.

“I met Mark in Afghanistan,” says Jose. “I was always into photography and I think it is a perfect match to ride up a mountain and take pictures.”

“What is our typical riding session? We need to go at first light, whenever that is,” Jose sighs. “I get up at 4 and get ready to go, we are out the gate at 5. We started going straight up the mountain following the walking tracks. There is also a gravel road, which the Afghan army uses to resupply their guard towers around the base. “The road used to be in poor condition but now we can use it. We get up, greet an old Afghan named Nakibullah, who guards a cellphone tower, we drink some chai with him and we have different routes down to choose from. There are a lot of steep descents, we like to change it up. We wear elbow pads, knee pads, the whole kit, because there is a lot of loose shale. We also ride tubeless because of nasty thorns from the bushes.” 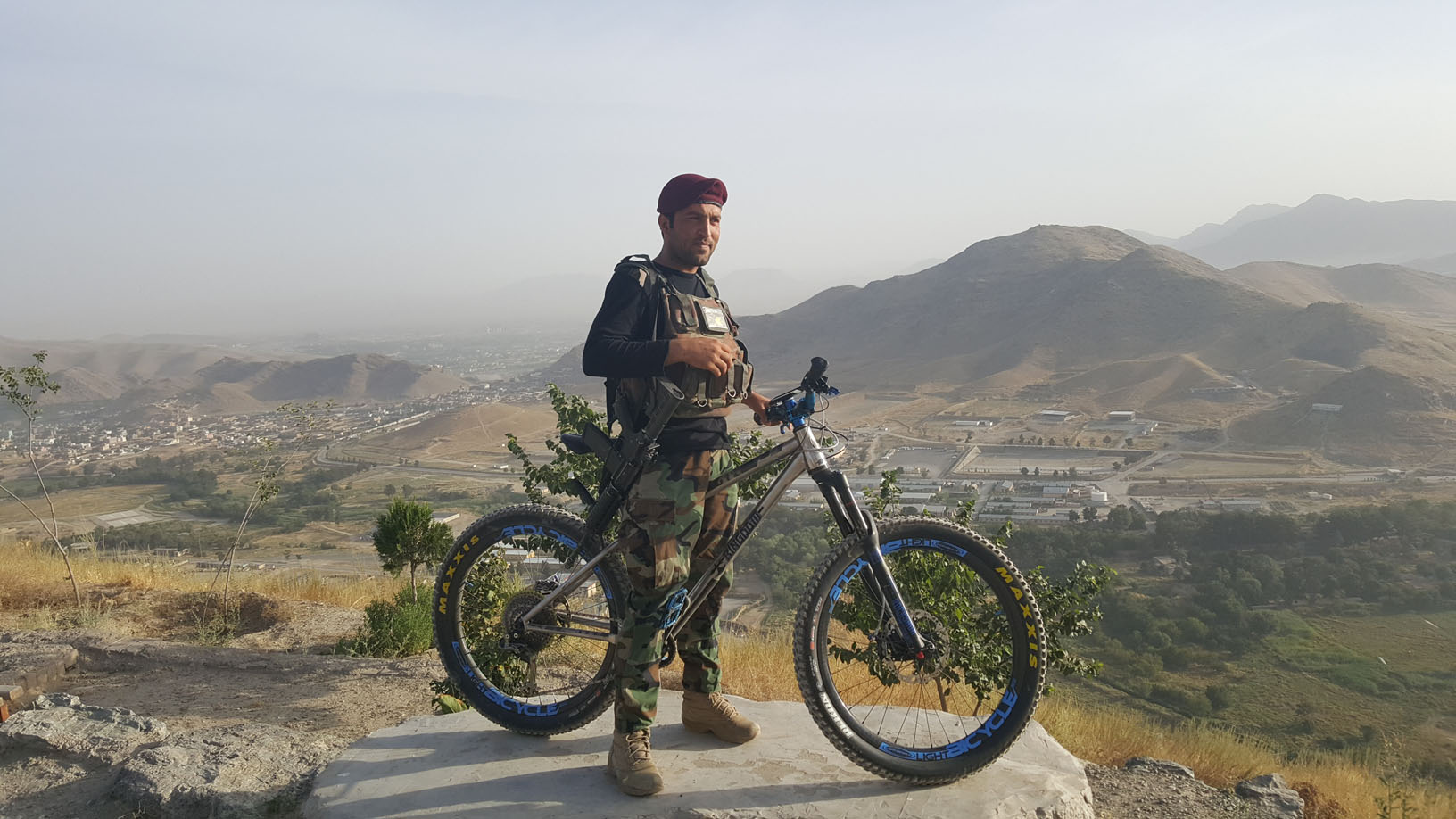 “But that is not our main protection,” Mark adds. “We put together two extra bikes and we started riding with the Slovak Special Forces providing security. On our base, it is the Slovak and the Polish units, rotating. Some of them like to ride so we became friends really fast.” Cycling for Peace in the Democratic Republic of Congo

“And what do I ride? I like to build my own bikes, I built the latest one from a Kingdom Hex, which is a titanium frame designed by a British guy living in Copenhagen,” Mark says proudly. “We get the parts shipped in the Army care packages, then put it together on base.” 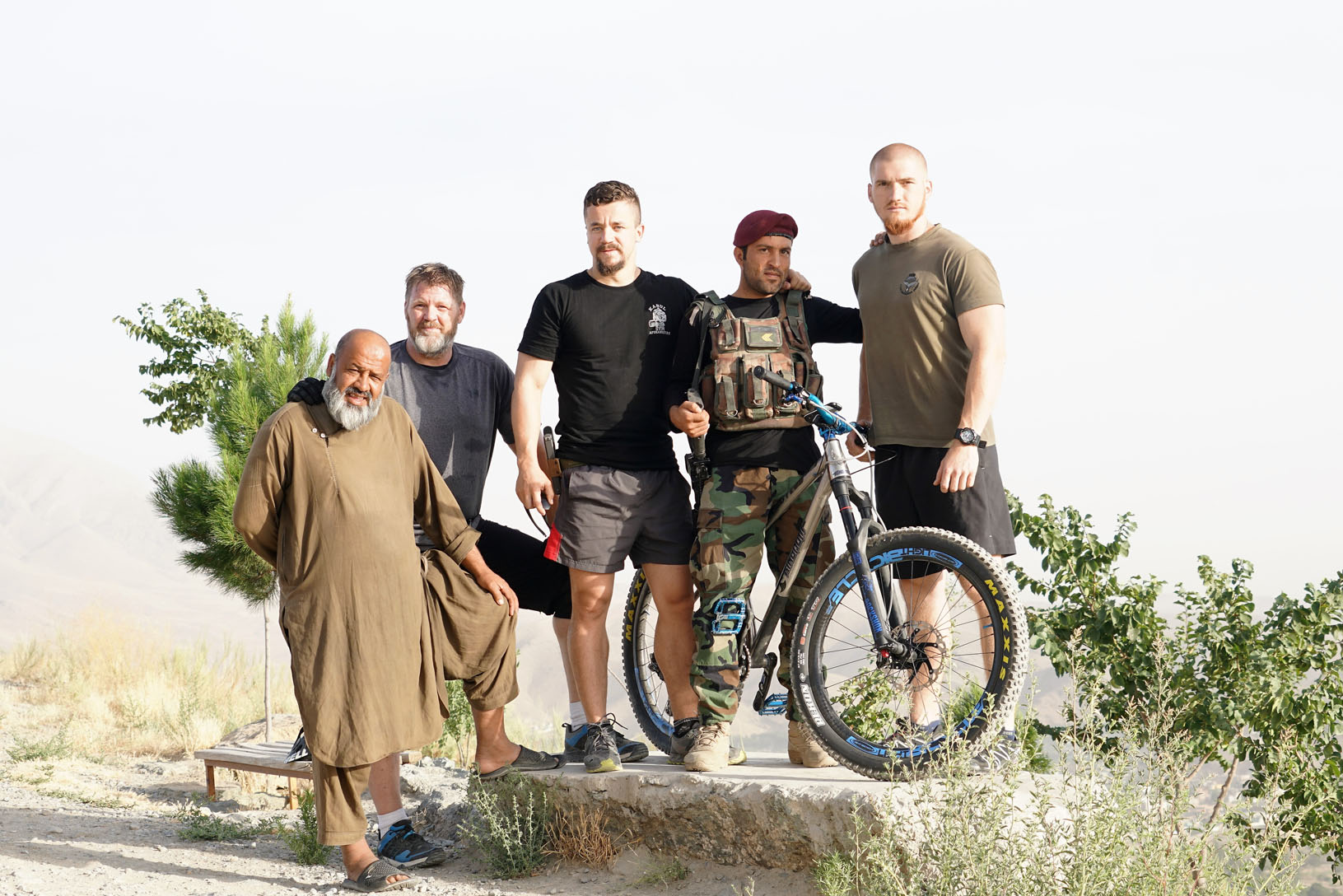 “Kabul is a city of almost four million people, so even there you can find some cycling enthusiasts. We linked up with some young Afghans who ride, mostly downhill and enduro,” Jose explains. “So we ordered some tyres and tubes and gave them a box of spare parts to use, we sponsor them in any way possible. This is mostly what they need, tyres and tubes, because of the way roads are here.” They smile and start talking about their adventures in Aladdin Pass, Tajikistan, where they were the first people on bikes. There is still a lot to be told. 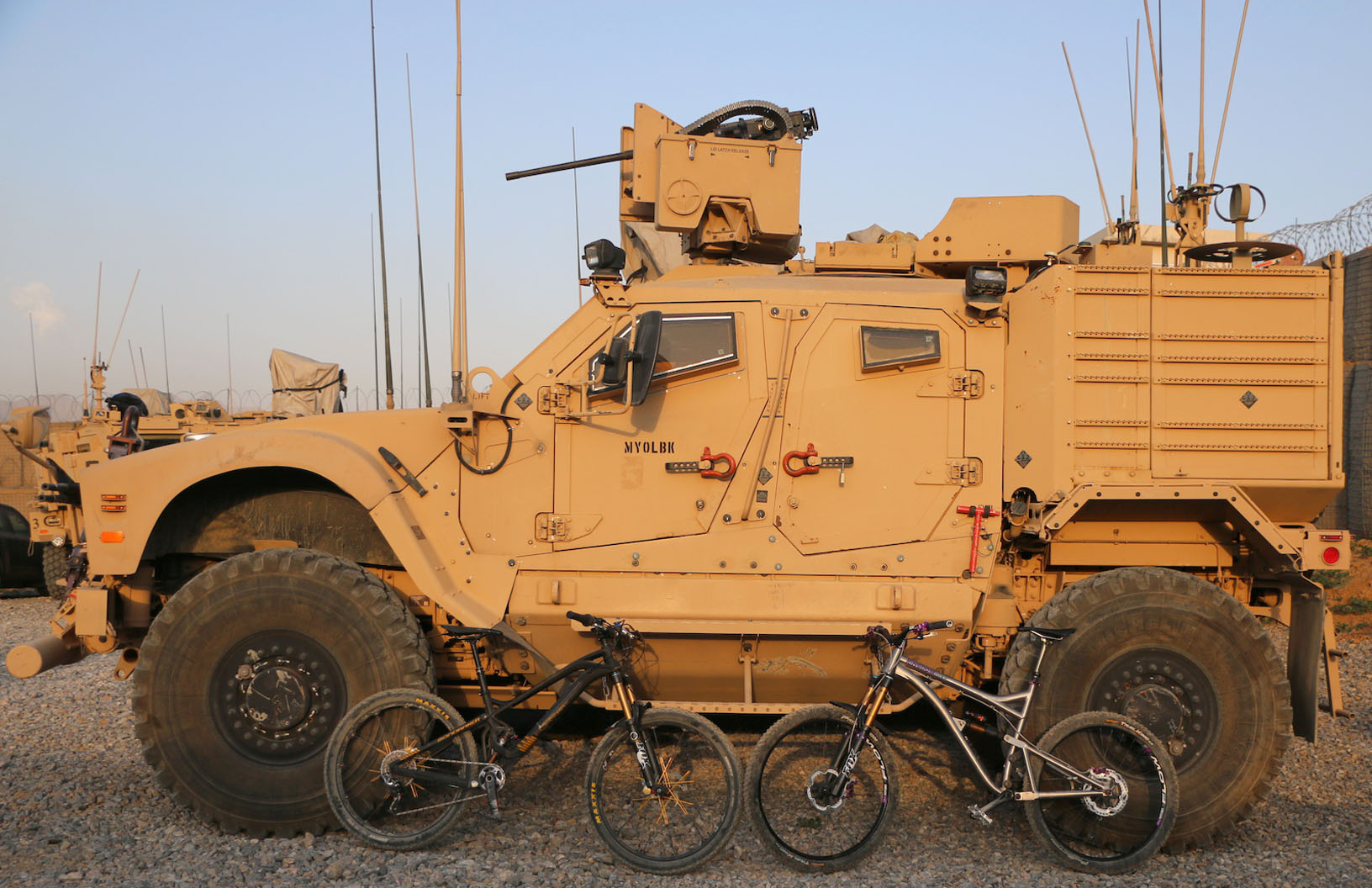 Some details were omitted or changed for security reasons. Travelling the World with Hera van Willick: Coming Home in the Desert