Do you love cycling around town? Is your city proud of its cyclists? Have a look to see if your city makes our Top 10 list – or tempts you into moving somewhere that is…

The North American city is a big ol’ prairie town where the gleaming smiles are as shiny as its sky-scraping skyline and ‘Minnesota Nice’ is an actual phrase round those parts. 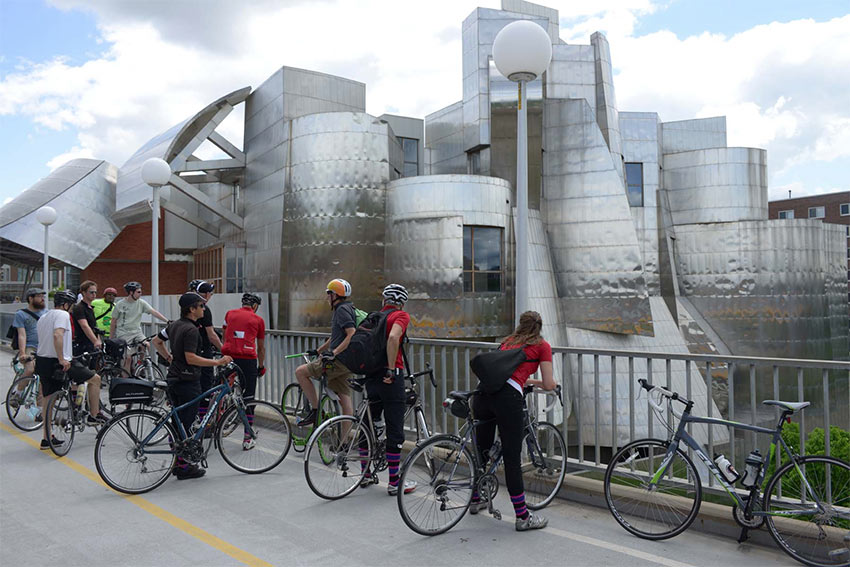 Nearly 200 km of painted cycle lanes and 150 km of segregated lanes show just how nice Minnesotans are to their cyclists, and alongside Portland and Washington DC, Minneapolis is leading the great American cycling renaissance.

The breath-taking speed with which Buenos Aires has transformed into a cycle friendly city is in keeping with its international reputation as one of the world’s most liveable (and loveable) cities. The explosive growth in cyclists is in large part down to how its 140 km cycle infrastructure connects beautiful destinations like Parque 3 de Febrero with La Boca’s gaudy El Caminito.

The Irish capital was once much higher up this list as it shares a long history of investing in cycle infrastructure. Its cobbled streets have plenty of places for you to lock your bikes, and cycles are so ubiquitous that in many alleys you could be forgiven for thinking you were in Ghent or Bruges.

For a country that’s almost synonymous with cycle love, France has a disappointingly low number of cities in top 10 lists. This is probably because it’s the smaller villages and the sweeping rural roads that attract The Velominati.

Bordeaux does well because their approach to cycling is inclusive – you’ll see just as many women as men on bikes, and the diversity of cyclists means you’re just as likely to see cruisers or town bikes as you are a Tour de France racer.

Sweden’s third city has Hanseatic town squares interspersed with edgy modern attractions, not to mention a bridge that connects it to none other than Copenhagen.

The train station bike parking is beautiful enough to make Copenhagen blush, and they made a success of their ground-breaking No Ridiculous Car Trips. Where other Swedish cities struggle to get the helmet question right, Malmö have succeeded.

The medieval past is fast becoming a vision of the future, although the success is a long time in the making. Cycling is the quickest way to get about the narrow streets, and there are a staggering 536 km of cycle routes. Read that last sentence again. 536 km.

The Alsatian city has plenty for the cyclist to see, from its winstubs taverns to its Gothic cathedral, the best place to see Strasbourg from is a bicycle.

It’s got that roundabout and it’s Dutch, so its unsurprising that Eindhoven ranks high in the top 10 list. Innovation continues to be second nature to Dutch city planners, and improvements for cyclists don’t come at the expense of other road users. The 13th century warehouses are sunken below the upper canals, and Hanseatic cobbled roads are everywhere – and yet despite this so are cyclists. The city planners are almost maniacal in the scale of their cycling ambitions.

Utrecht is currently building the world’s biggest bike parking facility and even though it’s for 12,500 bicycles, some are worried it may not be enough.

Tulips, houseboats, bike bells in Prinsengracht, it’s no surprise that Amsterdam is in the top 2. Amsterdam’s only real problem is that everyone loves cycling – so everyone has an opinion on what to develop next.

With so many options to choose from, it’s difficult to decide which direction to move in. But for now, Amsterdam loves cycling.

Peak Nordic means peak cycling. Everyone in Copenhagen seems content and laid back, and it’s probably because everyone cycles everywhere. And they look fabulous doing so. Healthy and happy, and with clear political leadership, nearly 50% of traffic in Copenhagen is by bicycle. The result is better quality of journeys for other road users as well, thought out cycle paths easing congestion throughout the city. We Love Cycling loves Copenhagen and Copenhagen loves cycling. What Does It Take to Make a City Truly Bike Friendly?