Against all the odds Seville managed to turn the city into a haven for cycling enthusiasts. We decided to reveal it’s secret in our next feature film in the ‘Bike Friendly Cities’ series. Let’s visit the capital of Andalucia.

Seville increased the number of cyclists from zero to nine percent in just few years. But as we explained in the previous article, it took the city almost two decades and a radical vision to achieve this.

The efforts paid off – it resulted in the construction of a 70 kilometre network of bike lanes in the first year, which over 70 thousand people now use everyday. More importantly, Seville is now proof that it’s possible to have a city with a functional and safe coexistence of both cyclists and motorists.

Who we met on our journey

We travelled to Seville to interview people who are responsible for this successful transformation, as well as local residents and others who benefit from the cycle network. We met network designer Manuel Calvo, who believes that political will and a strong social movement enabled Seville to become a ‘Bike Friendly City’. 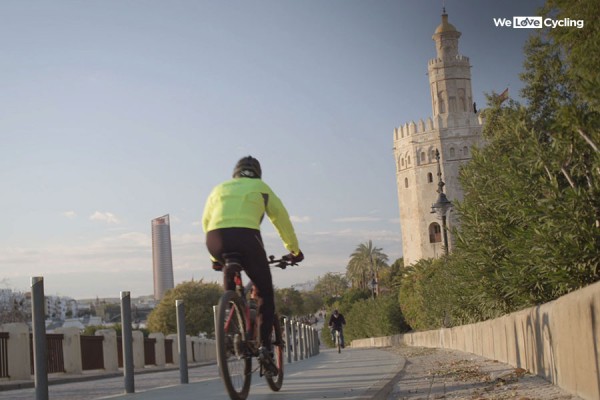 Cycling activist Ricardo Marques Sillier adds that the recipe for success was building the network as fast as possible. We interviewed José Garcia Cebrián, who is the former head of urban planning as well as the manager of the Seville bike hire system, Rafael Jimenez.

Are you still in doubt about your city becoming friendly to cyclists? See you in the next Bike Friendly City!