How We Arranged a Happy Day for 12 Sick Children

Twelve children that are undergoing oncologic treatment in the Czech Republic received brand new bikes as a Christmas gift from Share the Ride foundation of the Pinkbike.com mountain biking website.

Smiles on the faces of children. Tears of emotions in the eyes of their parents. Rare moments of belief that they’re not alone in the world to bear the whole burden of their cruel fates. Oncologic and haematological diseases are incredibly insidious and even children who win over the disease often struggle with the consequences for the rest of their lives. However, there’s always hope and faith in a better future.

Two years ago, our ambassador Richard “Gaspi” Gasperotti handed over bikes to children living in Czech orphanages to make them a better Christmas. This time, the choice was children who are undergoing or have recently undergone oncological or haematological treatment and, due to the social conditions, they can’t afford to have their own bikes.

A great help was provided by Agnes Miksch who identified the kids from various parts of the country. Agnes runs a project “1000 Braves” supported by a Czech foundation “A Nation for Children”, which is raising money for studies aiming to improve haematological and oncologic treatment.

“We really wanted to arrange the donation before Christmas, which was finally achieved thanks to the Simplerent.cz company that was able to provide us with the frame sizes matching all children just within a couple of days,” Richard says. The kids were also happy to meet popular Czech TV presenter Tomas Hauptvogel who became a member of the Share the Ride donation tour crew. At the end of the day, twelve bikes were delivered to the young cyclists all around the Czech Republic. All the kids were exceptionally happy and looking forward to the future rides.

“This day made me really nervous, because as a father of three-year-old daughter, I perceive such situations differently compared with just a few years ago. Now I realise, that not only kids are struggling with themselves and their bad diseases, but also their parents must be incredibly strong. There’s no one to help them, which makes the foundations so important. I know that we gave the kids “only” bikes but in my opinion it has been a positive motivation for everyone involved, because the kids and their parents could believe for a while that the world is not treating them just unfair. If I disregard the birth of my own daughter Eleanora, for me, it was the strongest emotion in several past years. Encountering such difficult fates has reminded us of how easy lives are we actually living. Some people care about things such as colour of the handlebars but at the same time there are parents whose children are fighting for their lives,” explained the We Love Cycling ambassador Richard Gasperotti.

Pinkbike’s Share the Ride project was founded in 2013 in order to raise money to buy bikes for the less fortunate children who are either living without parents or struggling in conditions that do not allow them to buy their own bikes. The purpose of the project is to bring the joy of cycling worldwide. Collaborators of the project have already visited twenty different places all around the globe where they handed out bikes, helmets, and locks to the kids. Now even those disadvantaged children can ride bikes to school or rush down the streets and learn some new tricks. Anyone can make the donation. Every five US dollars added to the overall amount gives donors the right for one lottery ticket to win great prizes in the Share the Ride giveaways. Share the Ride works with community centres, schools, and volunteers in various countries to help with the identification of children from low-income families. Click HERE if you want to learn more. 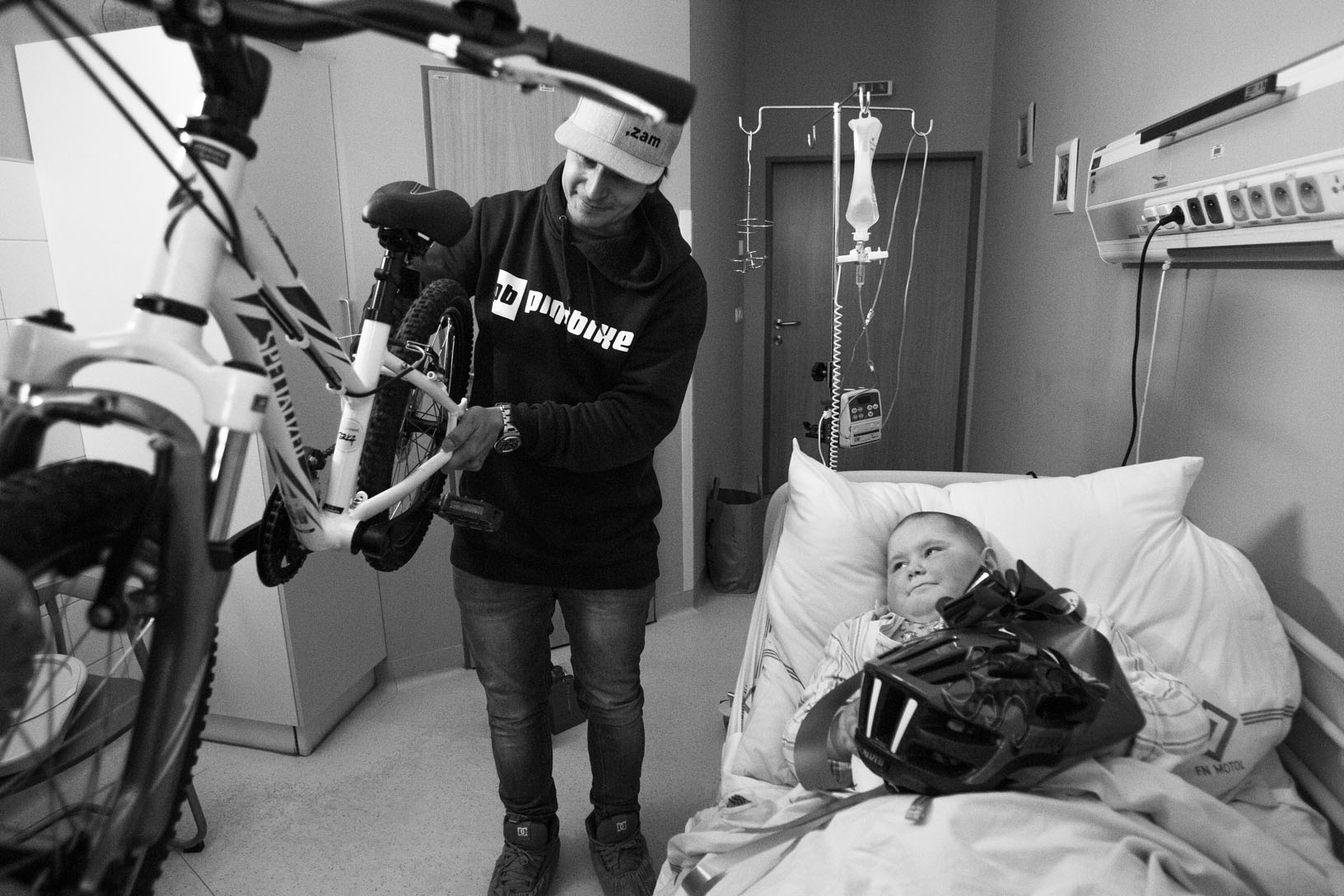 A brand new bike made her so happy that her health condition improved unexpectedly. Only five days after our visit, she was released from the Clinic of oncology and haematology department in Motol hospital in Prague. She is due to return to the hospital in January 2017 to undergo a brain tumour surgery. 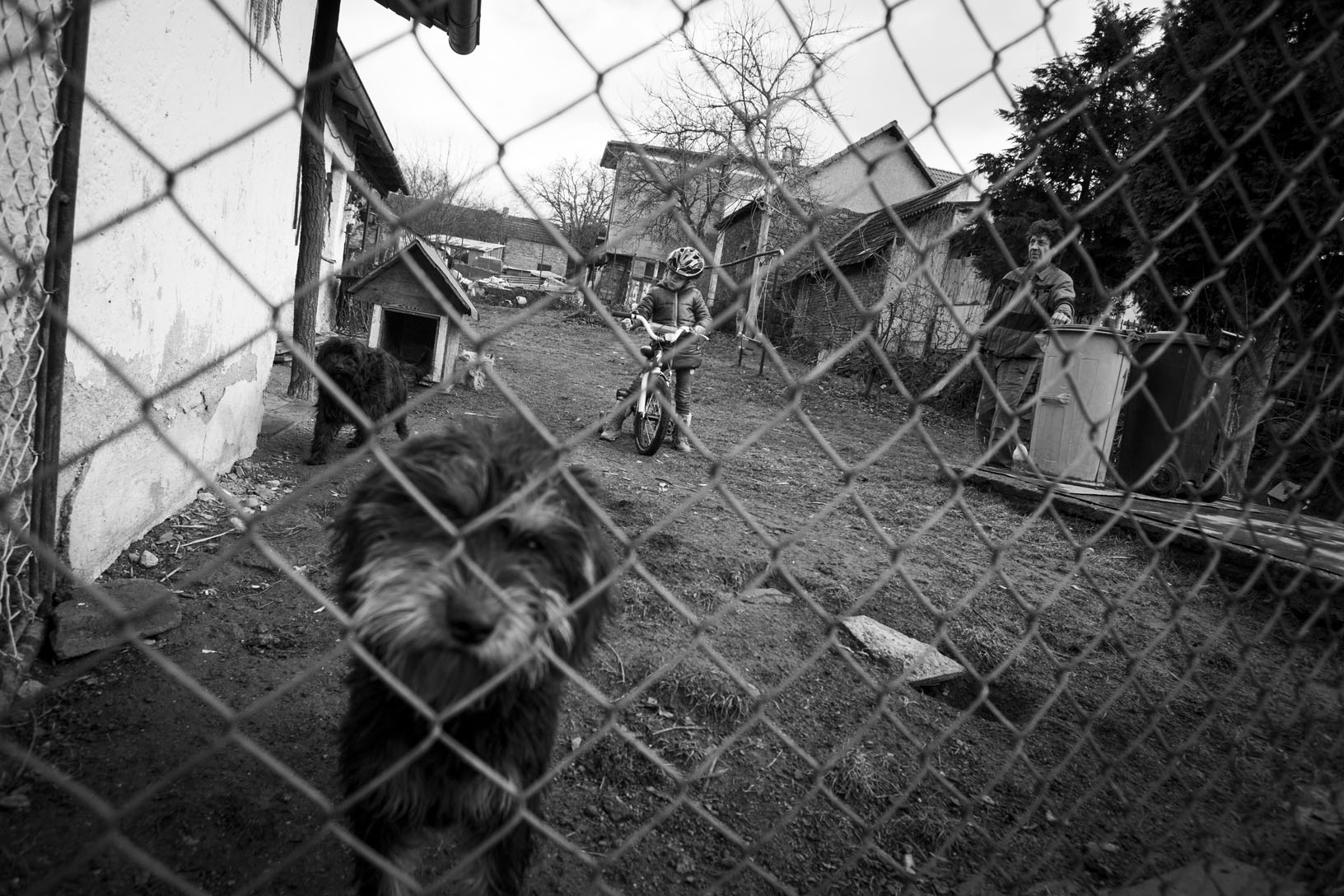 Because of the illness, she lost one kidney and a quarter of a lung. She had tested her new bike immediately by riding around the village. She also enjoyed photo shooting as her dreams is to become a photo model. 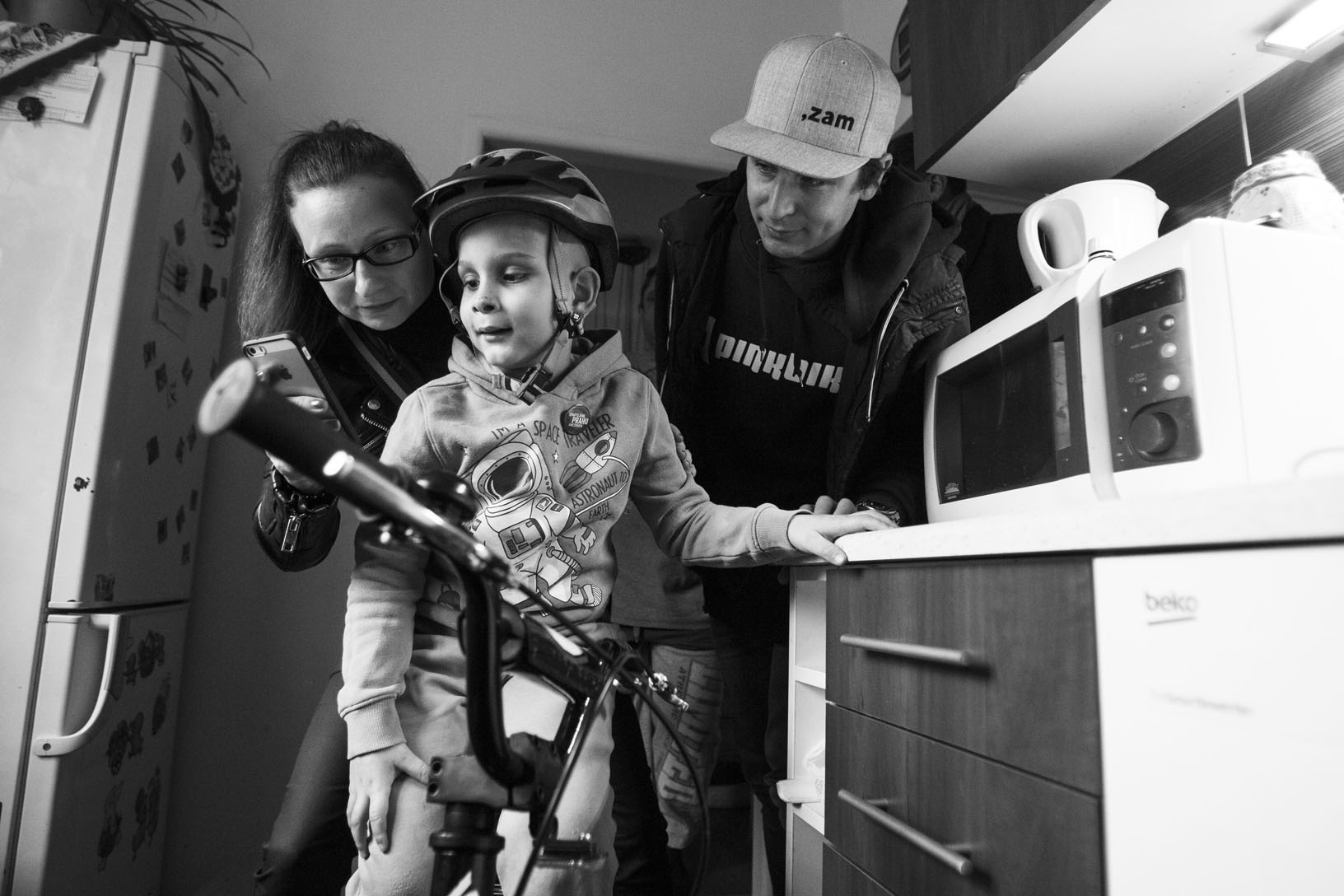 As the tumour in his brain caused a serious problem with speech and balance to him, we provided his new bike with stabilisers. Once he watched a freeriding clip with Richard on the smartphone screen, he decided to become the same great rider as him. 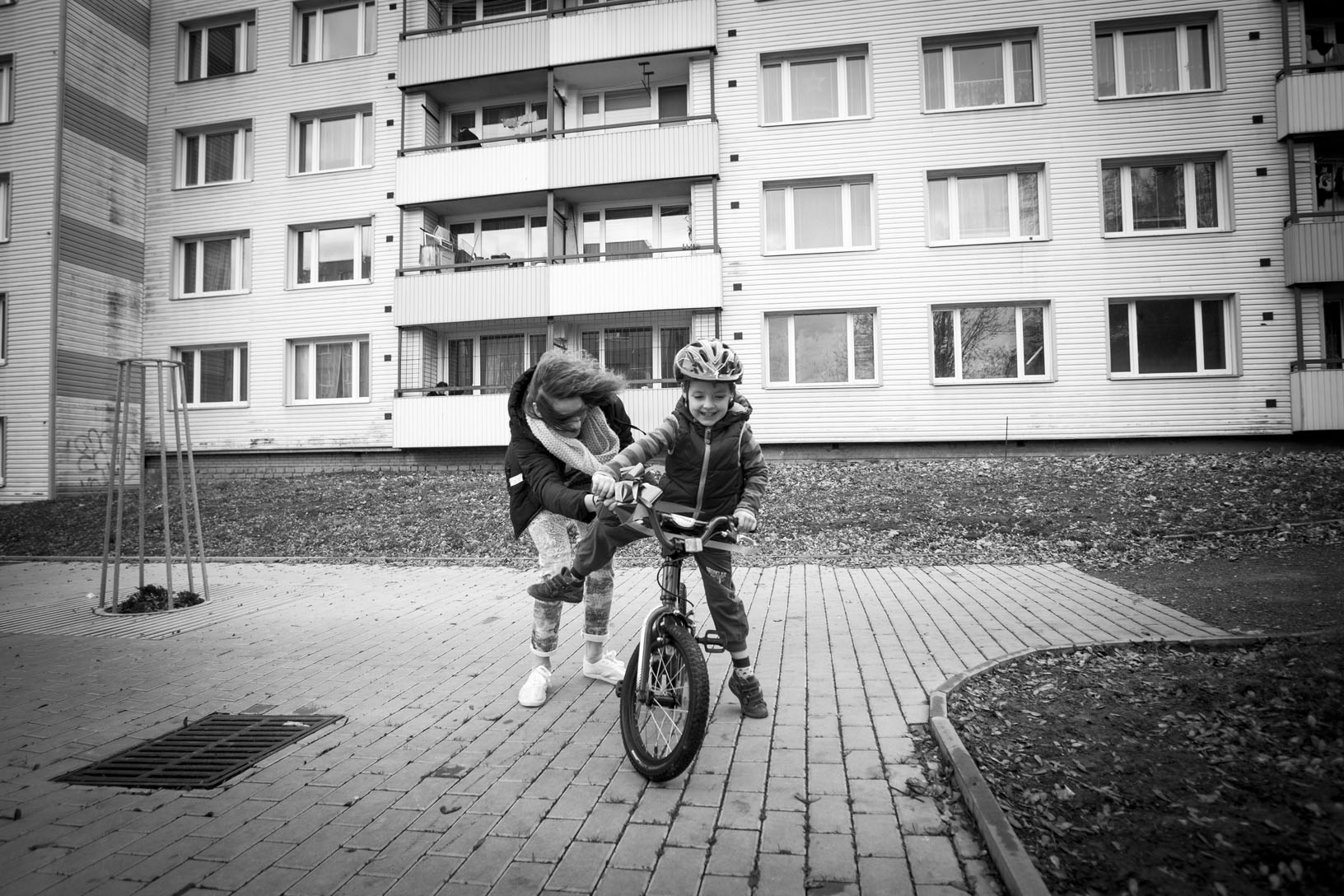 From a medical point of view, he’s considered practically healthy with a very optimistic prognosis. Regardless of the strong wind and cold weather, he made an immediate bike tour around the whole neighbourhood. 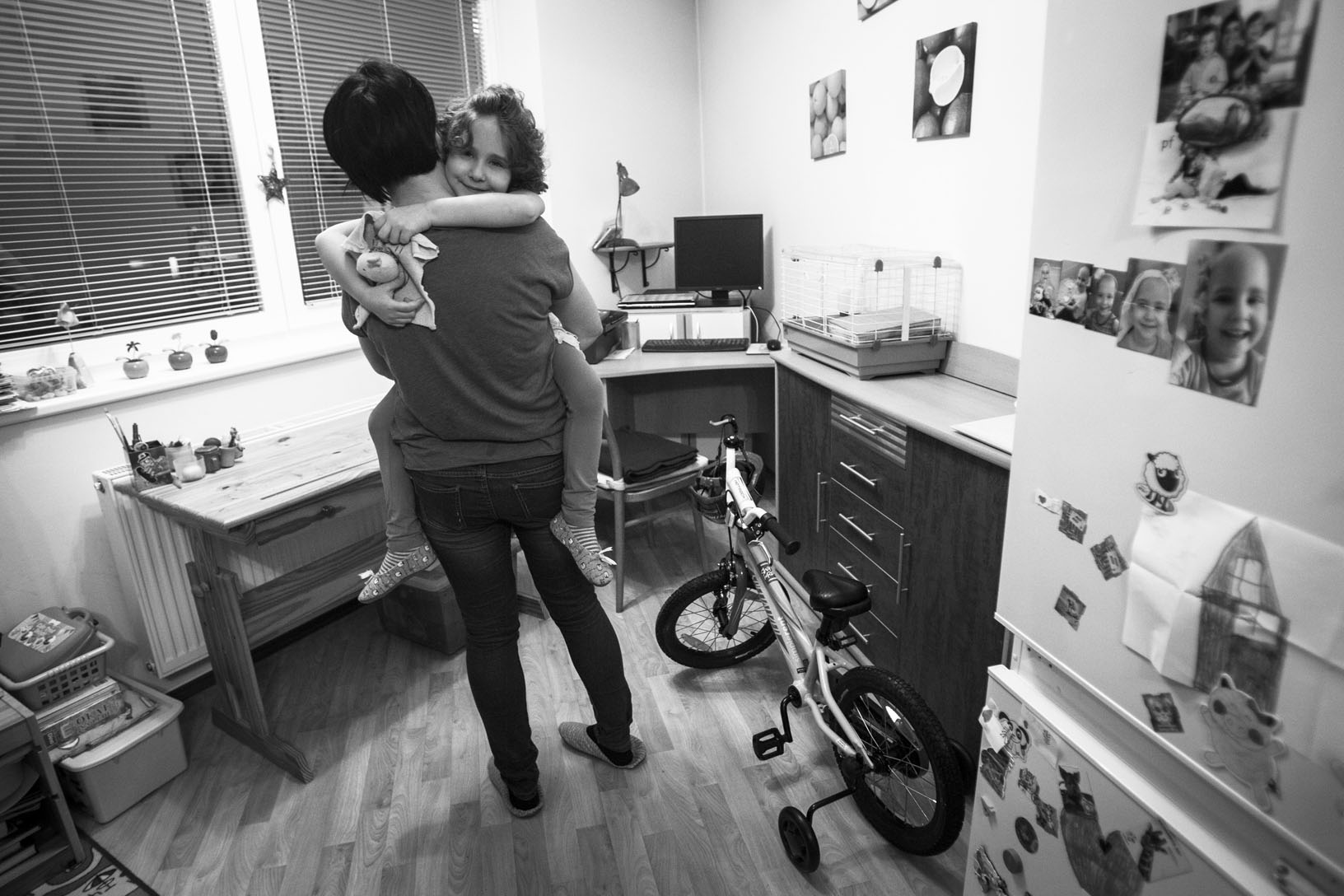 She lives with her mum and her twin brother. In the past, she underwent the second most common type of leukaemia that occurs in the Czech Republic. She loves to cook and she desires to become famous chef of the likes of Jamie Oliver.

Bikes for children in orphanages

Side Wheels Off! It’s Time to Talk Bike Safety