KIDS grow out of everything, including bikes, so we don’t want you to break the bank kitting out your cycling-mad […]

KIDS grow out of everything, including bikes, so we don’t want you to break the bank kitting out your cycling-mad little ones. Ergo, we’ve put together a collection of reasonably priced bikes for children.

What you need to know about buying a children’s bike

First, though, there are a few things to get clued-up about. Number one is that kids’ bikes tend to have a good resale value, so prices aren’t as high as they seem.

Second is that kids’ bikes are sized based on wheel size and not frame size – as adult bikes are. The smallest size is 12” wheels, suitable for three- to five-year-olds.

Lastly, children’s bikes need to be light; as a rough guide, try to find a bike that is 10-15% of your child’s weight – and hopefully no more than 20%. However, the smaller they are, the harder this is to do.

To compare that to your own bike set-up, the average male weighs 76kg, and 13% of that is just shy of 10kg. 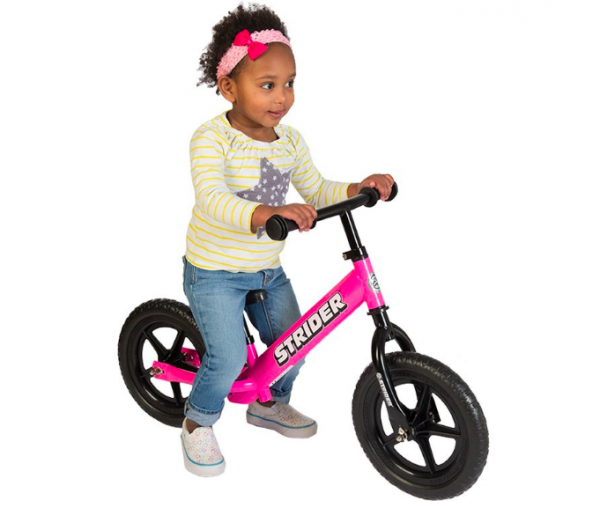 Balance bikes have become all the rage for children’s first bikes as they take pedalling out of the equation. They are aimed at two- to four-year-olds who are already walking and running.

This red Puky LRM is a snip at around £50 on Amazon.co.uk and weighs in at just 3.54kg. It’s a great starter bike and also comes in sky blue.

For £60 you can bag yourself a Strider Classic, considered the king of the balance bikes, and the most adjustable on the market, meaning children can start riding it as young as 18 months old. It weighs just 3kg and has an optional footbrake to attach once the rider has mastered the basics. 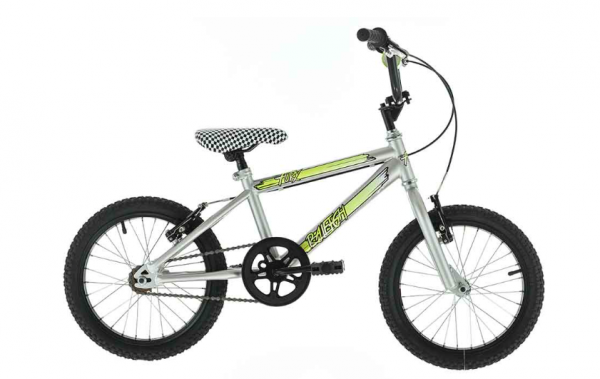 From the age of three, pedal bikes with or without stabilisers come into play.

Many children this age now have the control in their hands to be able to use brake levers, but not quite gears.

Our number one pick is the £249 Isla Bikes Cnoc 14. It seems pricey, but you’re getting a lot of quality for that in this 14” wheel bike. It’s available in red, pink or green, stabiliser-ready, and weighs in at 5.79kg with pedals.

At £110 the 16” Raleigh Fury represents one of the best-value bikes in this category. This BMX-style model is definitely the most stylish and comes with stickers to let its new owner personalise it. It’s suitable for five-year-olds and older. 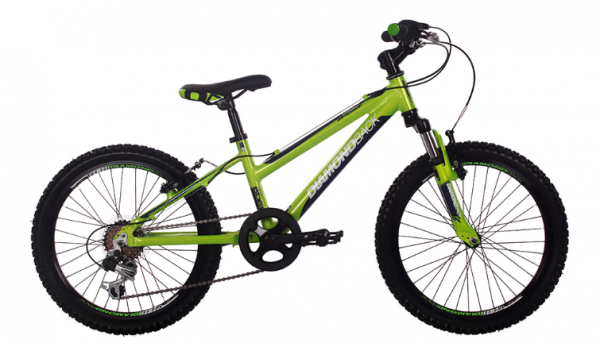 From around seven, when bikes reach 20” wheel size, gears appear on bikes as children gain the cognitive function to be able to use – and reach – gear changers.

Giant are renowned for putting effort into their specialised ranges and in recent years they have rebranded their girls’ and women’s section as Liv. We love the Liv Enchant 20” Lite for £249. It’s a bike ready for any terrain, built to last, yet light enough for any newcomer to handle. This is a real winner in our books.

And for the off-roaders, we desperately wish DiamondBack would send more of their youth road and MTB range to the UK. The quality and reliability of these stylish, reasonably priced children’s bikes is outstanding and we highly recommend the DiamondBack Impression 20” at £235.

The First Road (or Mountain) Bike 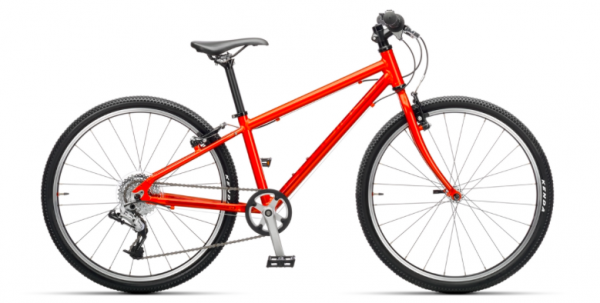 Getting a first road or mountain bike is an amazing moment in any cyclist’s life and the choice out there for children is now incredible.

Nobody makes children’s bikes the same quality as Isla Bikes does, and our favourite in this category is the Isla Bikes Beinn 24”. At £399.99 it’s not cheap, but it is good value as this is simplicity and lightweight design personified. It’s such a slick bike for seven-year-olds and up and weighs in at only 8.82kg.

For the off-roaders, it’s hard to beat the Ridgeback MX24. It comes in two colours and is easily adjustable to grow with your child, while also withstanding the most challenging terrains. 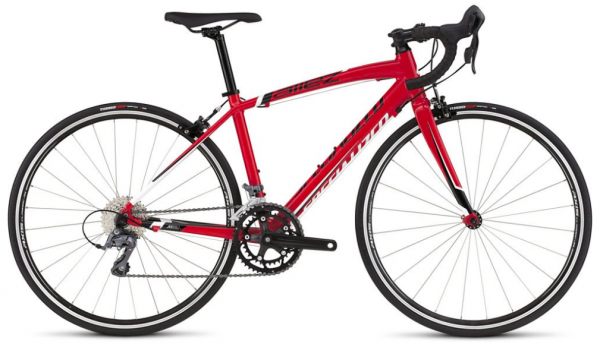 This is our last category and it is the bike that could take your child into its teenage cycling years, and possibly into bike racing.

At £425 the Moda Minor 24” is a stylish steal, but the £349 Dawes Road Giro 300 24” is a great entry-level bike for a junior or youth cyclist. It has filtered down from the adult version and comes with many of the same benefits, making it a very grown-up bike and giving children a good idea of what it’s like to ride a full-size machine.

We also love the price point for the Specialised Allez Jr. It is a miniature version of the adult Specialised Allez and just looks stunning for £400. It’s got 650c wheels, so just under the 700c wheels that are on adult road bikes.

Cycling With Your Kids: What Are the Bike Options?

The Ultimate Guide to Biking with Your Dog