The Tour de France has finished on the Champs-Élysées every year since 1975. Due to the high profile of the last day as well as its setting, it’s a prestigious stage that represents the glory of finishing the Tour and settling the points classification. For its Tour premiere, ŠKODA’s new SUV showed up to the race in a distinctive disguise. The special camouflage, in black, grey, and red foil has facets with crystal-like design elements that match the look of the Red Car; a ŠKODA SUPERB in the shade of Corrida Red.

Exposed to the media and public in a camouflaged Tour de France design, the vehicle was driven by Stephen Roche. Roche, a cycling legend, is one of only two riders in history to have claimed the Triple Crown of Cycling, having won Le Tour, Giro and World Championships in one year.

The KODIAQ is also serving as a VIP car for the ŠKODA Hospitality Program, replacing one of the Superbs that have been accompanying the riders since the race began on July 2nd. Transporting the race’s high profile attendees in a luxurious environment, the VIP experience is an exceptional way to witness this world class event.

ŠKODA KODIAQ has been getting familiar with the Tour de France’s home straight in a night-time Paris: 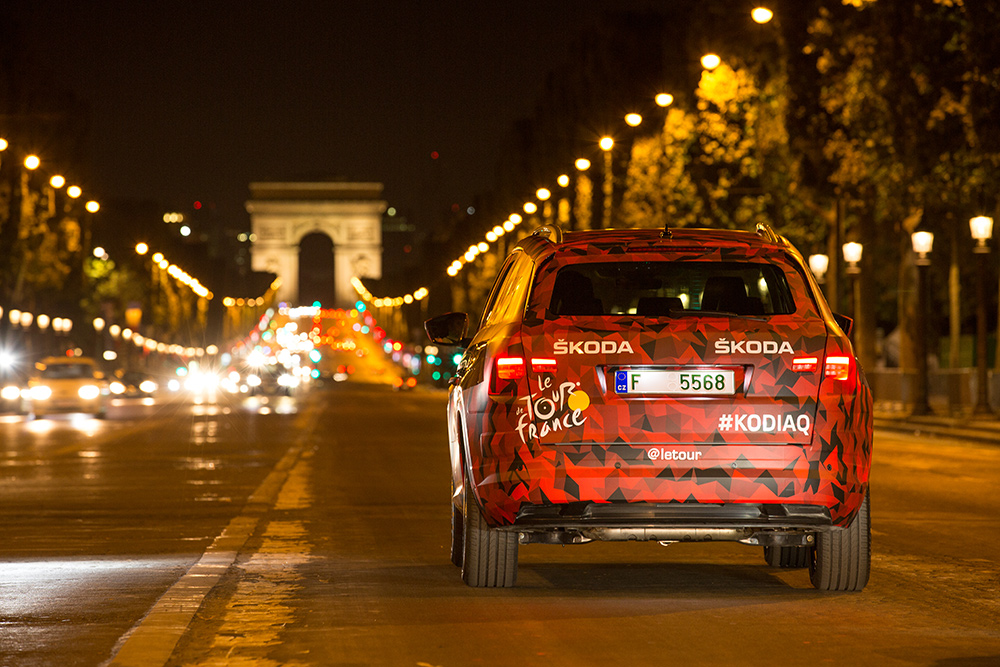 Here is how ŠKODA KODIAQ was prepared for its Tour de France debut: 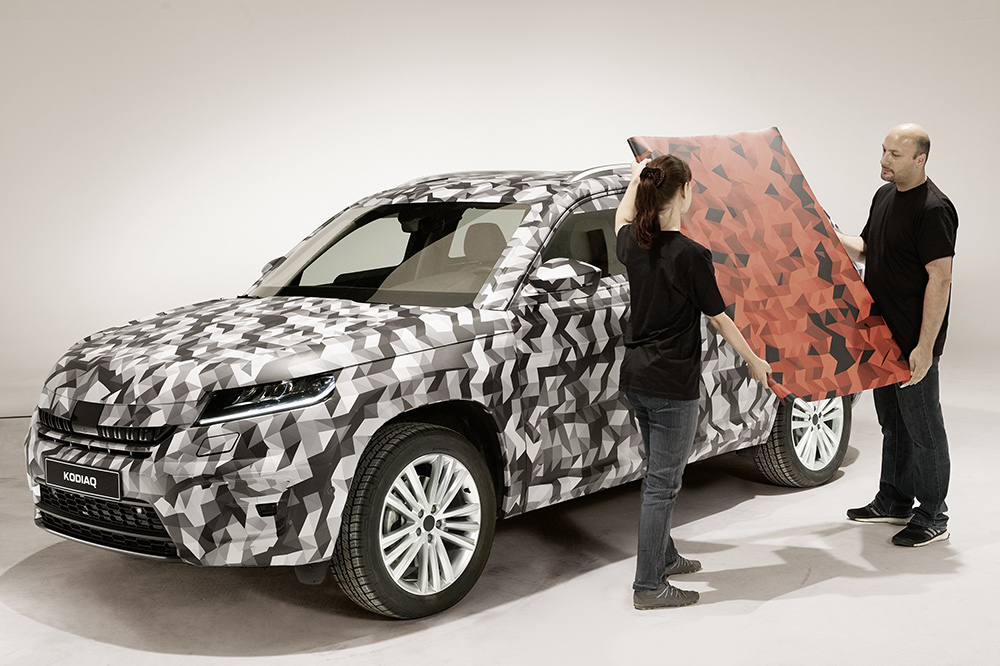 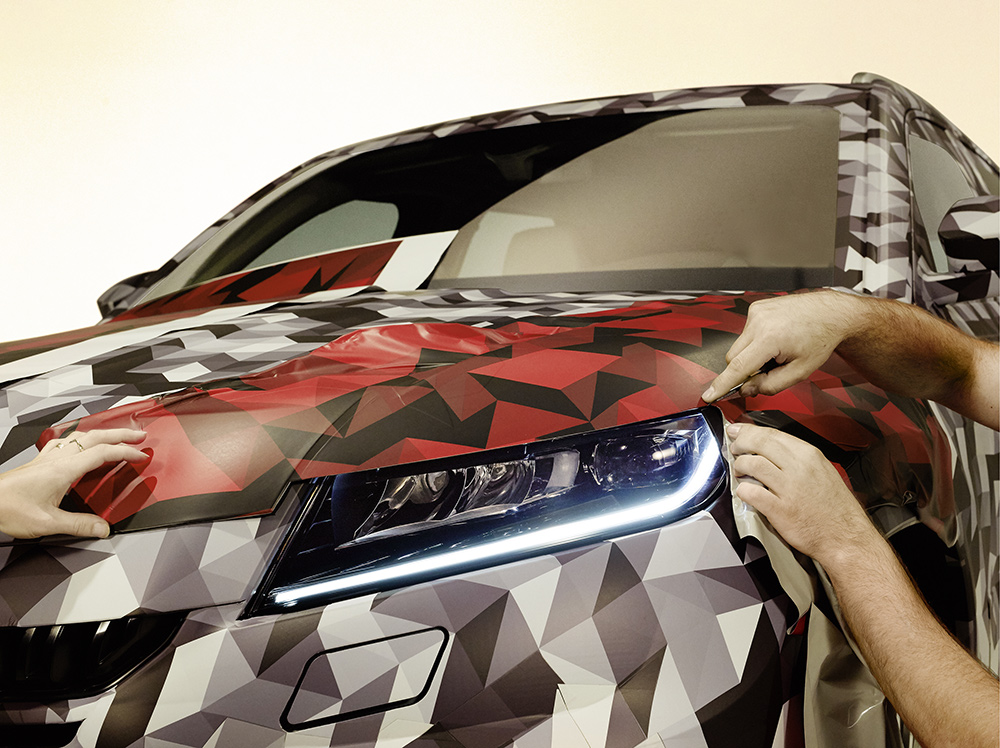