The Tour de France 2016 heads for its end. Which moments have we considered the most important so far this […]

The Tour de France 2016 heads for its end. Which moments have we considered the most important so far this year?

This year, the 103 years of the ”war on bikes” has started with the invasion on the Utah beach in Normandy. The team went ashore by second world war jeeps. 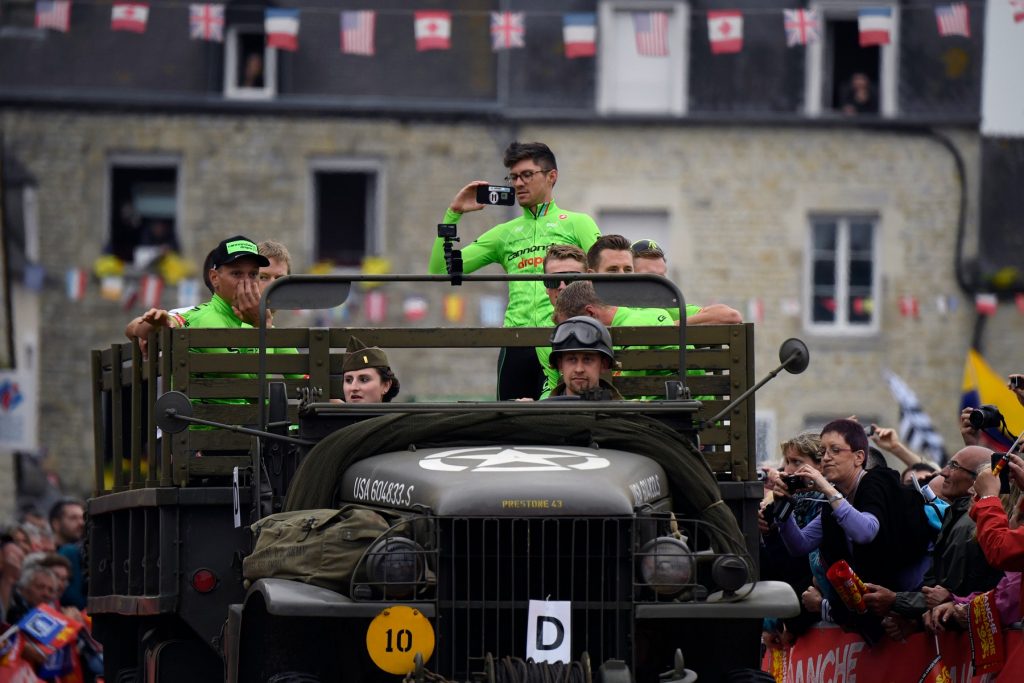 Counter-doping lab in Châtenay-Malabry developed an advanced test, which is able to reveal minimal doses of EPO in the riders’ bloodstream. World anti-doping agency WADA announced they would make a night testing raids if any cyclist or team becomes suspect of using forbidden substances. 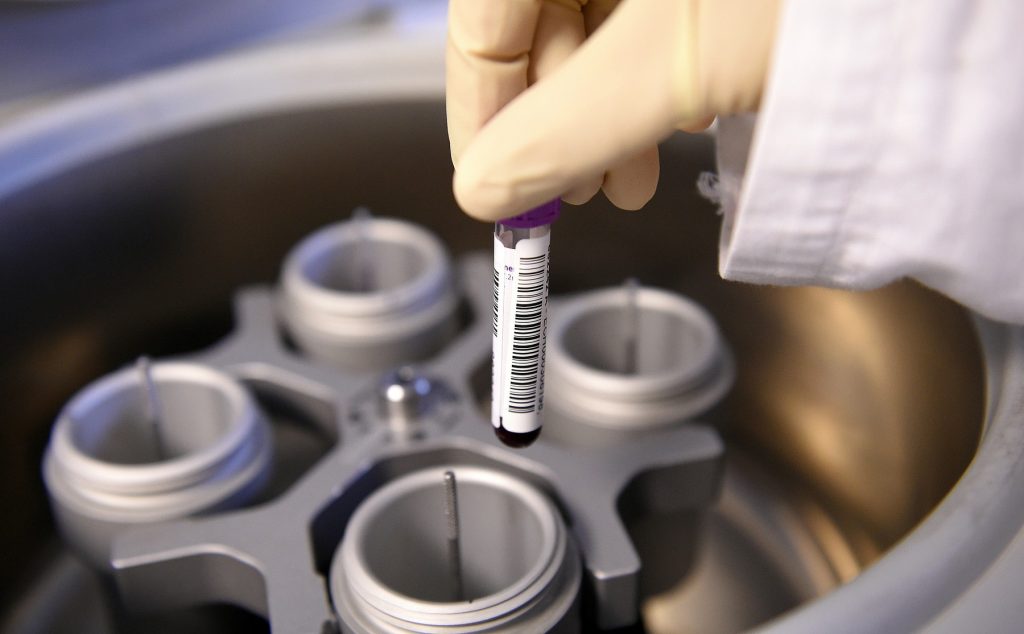 Alberto Contador, one of the Tour’s favourites, had an accident 80km before the end of the first stage. He hit the kerb hard with his shoulder and bruised the skin under the torn up jersey. “It was the worst way how to start the Tour,” he said. Unfortunately, right the next day he crashed once more. At Stage 9, after a long struggle, he gave up the Tour.

The third day becomes the slowest stage of the Tour, with the average speed of the first half “only” 34 km/h. If you ride a bike you know this is still fast as hell. It was labelled the most boring stage anyway.

The fourth stage from Saumur to Limoges was the longest one – it took riders 237,5km to get to the finish. What is it in comparison to 482km of the 1919 Les Sables stage to Bayonne? 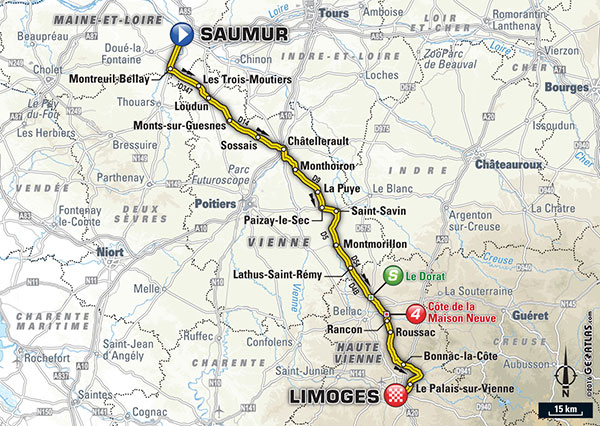 The tightest victory was achieved by Marcel Kittel who finished by 2,8 cm before Frenchman Coquard in stage four. 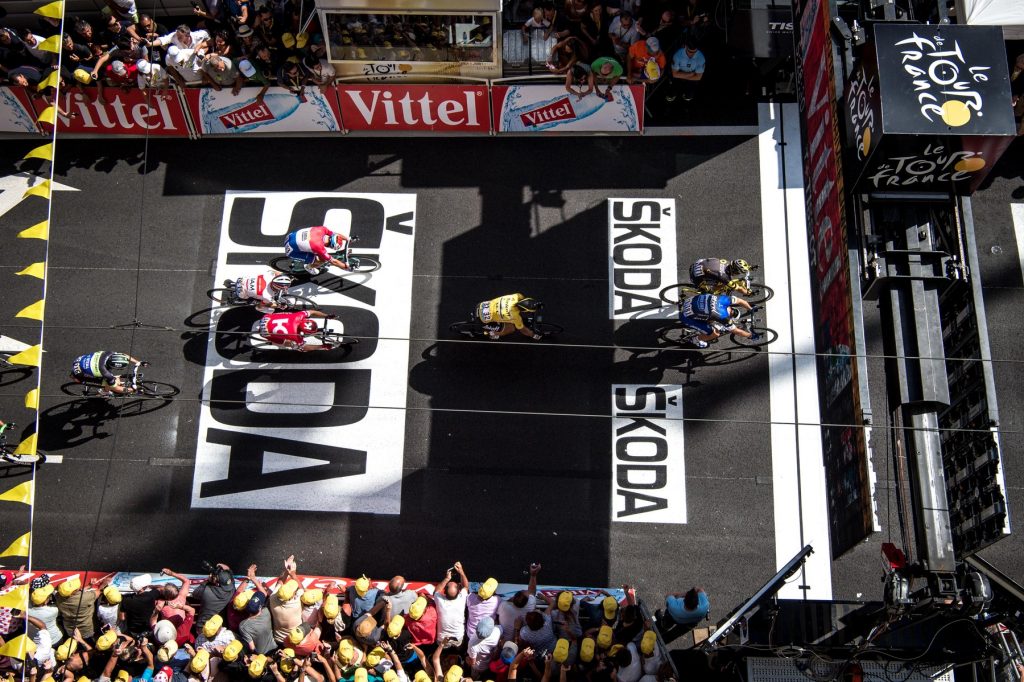 The winner will earn 500 000 euros which is fifty thousand more than the previous year.

The historical record was achieved as all riders stayed in until the eight stage when Michael Morkov of Katusha gave up.

The biggest misunderstanding in the team communication appeared on stage five. Black and blue Alberto Contador was left isolated when his team-mate Rafal Majka did not sit up when it was obvious he had no chance to win the stage, and Roman Kreuziger pedalled away to stay with the GC leaders as Contador struggled to keep pace when Romain Bardet attacked over the top. “The team orders were clear, and his decision was something else. That’s the reality,” Contador told journalists. “The team tactics weren’t the problem, it was that Kreuziger acted on his own.”

The dream didn’t come true when Swiss Fabian Cancellara was not able to win the 16th stage ending in his hometown, Bern, after he announced this was the last Tour in his racing career. The finish in Bern was planned by organisers in Cancellara’s favour as a farewell gesture. He has worn the Tour’s famous yellow jersey for a total of 29 days. “It didn’t work out. But in the end it was very difficult to control, the best riders were at the front fighting it out. In the end, I was missing a little bit of strength but I gave it my all and that’s the main thing,” Cancellara said.

Biggest fail happened when the inflatable distance marker deflated by a spectator’s belt caused crash only one kilometre before the end of Stage 7. The main group of riders found this out to their consternation when the arch fell on to the road in front of them. Briton Adam Yates, who was slightly ahead of the main peloton in pursuit of the white jersey for best young rider, fell over the deflated arch, landed on his face and wandered around in a daze before sitting on the tarmac.

A terrifying crash happened on Stage 13 to Julian Alaphilippe who was motoring along at 50 km/h when a rogue gust of wind pushed him off the road and up over his handle bars into the jagged cliffside. “The wind caught me,” Alaphilippe said. “I did not expect to take a gust like that.” Alaphilippe walked away from the wreck with a minor cut on his thumb and bruises.

The worst weather accompanied riders on stage nine. “That was a tough stage and the weather made it even tougher,” Chris Froome said after. “One second there, we were pouring water over our heads and ice socks down the back, and then the next minute we literally had ice falling from the sky with the hail stones and the temperatures dropped right down to 10 degrees. So it was from one extreme to another.”

With the stage 12 reaching the final moments, Richie Porte crashed into a motorbike, bringing Chris Froome and Bauke Mollema down with him, after the trio had escaped their yellow jersey rivals. Froome, with his frame broken and bike unusable, started to jog towards the finish line, before being given a replacement bike, but could not get his cycling shoes into the pedals. The defending champion finally received a new bike but finished down on his rivals. The times were eventually amended, meaning Froome kept hold of the yellow jersey. 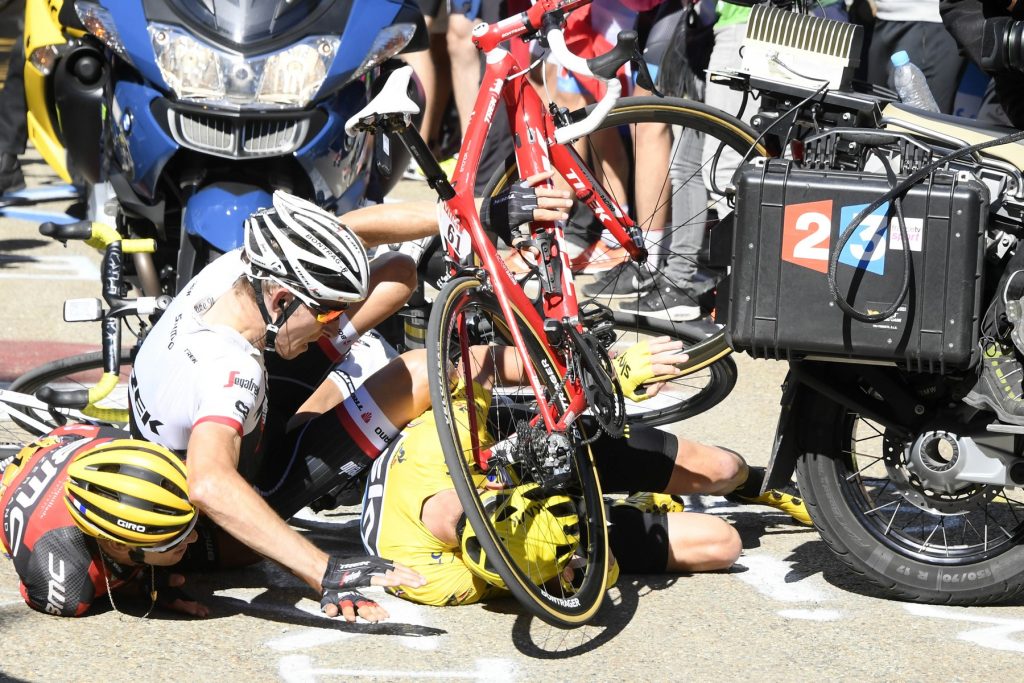 Stage 13 was besmirched by the terrorist attack in Nice from the previous night when 84 innocents died under the wheel of a mad man’s lorry. Tour de France organisers had considered cancelling the stage, however, racing continued, with heightened security and in a sombre atmosphere, as a minute’s silence was held before and after the stage.

Women’s Peloton Update: Who’s Riding For Whom in 2022