For years we’ve been taught that cyclists must eat plenty of meat and dairy to help muscle recovery. According to […]

For years we’ve been taught that cyclists must eat plenty of meat and dairy to help muscle recovery. According to this theory, the iron in red meat helps the body produce hemoglobin which helps transport oxygen to the muscles. However, many notable sports professionals, such as American sprinter Carl Lewis, British boxer David Haye, German strongman Patrik Baboumian, ultra-endurance athlete Rich Roll and MMA fighters as Mac Danzig or Nate Diaz, have replaced the traditional strongman menu of steak, eggs and chicken to pursue a vegan approach to nutrition – and have proved that it can be done successfully.

Vegan is somebody who, from various reasons, refuses to eat animal products including eggs and milk. Critics say that the bodies of vegans suffer from lack of energy, while supporters of vegan diet insist they feel better, think more clearly, eat healthier and have a lifestyle that does not cause suffering, harm, or death to animals. Whether we agree with one of both theories or not, we have to admit that also among professional cyclists there are many convinced vegans and even more vegetarians. 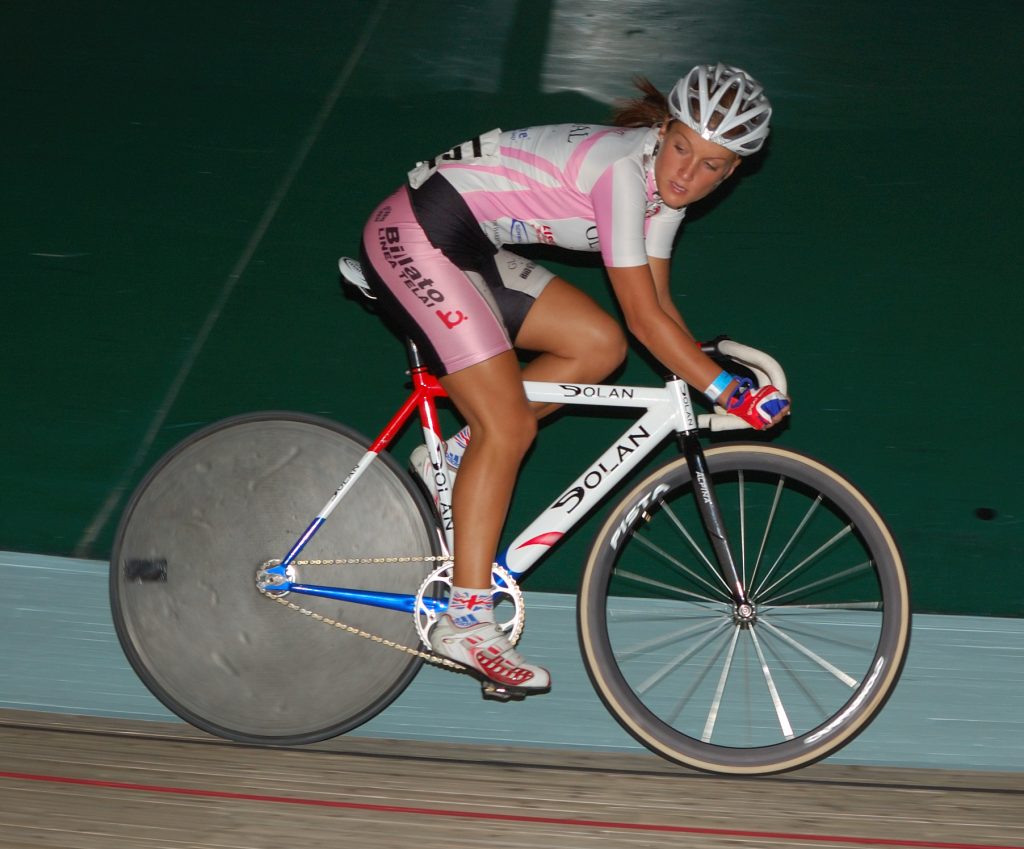 With some high profile cyclists eating vegetarian or vegan diet and competing at the highest level, such as 2012 Olympic road race silver medalist Lizzie Armitstead, who has been vegetarian since the age of ten, it seems that a meat or animal product free diet can fuel cycling success. Lizzie Armitstead has established herself as the dominant rider on the international women’s road racing scene, having won the 2014 and 2015 UCI Women’s World Cup series and taken the 2015 road race World Championship. “I never liked the taste or texture of meat,” Armitstead explained. “Most people in my family are big meat-eaters, and my parents encouraged me to finish my plate, which also included meat. I suppose they realised it wasn’t fussiness or a phase by the age of ten, which is when they allowed me to make my own choices,” Lizzie says. She admits that she struggles to keep her iron levels up but is quick to point out that low iron is a common issue amongst all female athletes – not only those that eat a vegetarian diet. 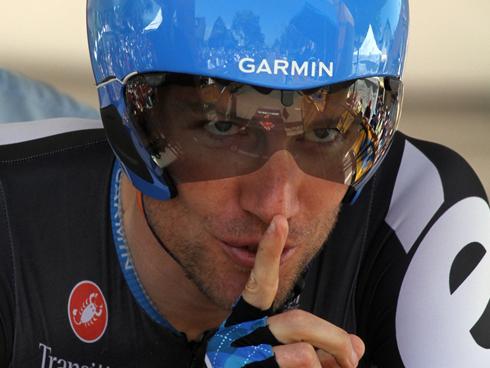 Dave Zabriskie is 37 yeas old retired professional road bicycle racer from the United States, who competed as a professional between 1999 and 2013. He is the third person from the US to ever wear the yellow jersey during the Tour de France. His main strength is individual time trials and his career highlights include stage wins in all three Grand Tour stage races and winning the US National Time Trial Championship seven times. Zabriskie started eating vegan diet from medical reasons, stating that blood tests showed some food sensitivities concerning his digestion. After the discovery of his condition, Zabriskie slowly began phasing out meat and eventually diary. After nine months on the diet, Zabriskie admitted to feeling great. He returned to give some of his strongest career performances, winning more time trials than ever before. Zabriskie surprised many when his iron level was tested and it was found to have remained stable on his vegan diet. Later he added fish to his diet, but in 2011 he started in the Tour de France as full vegan. Unfortunately, he was unable to finish due to a mass crash during stage nine, when he fractured his wrist. “I had met some healthy athletes that adhere to a vegan diet and I just believe it’s a super healthy way to go. I don’t even like to call it a diet because it’s not something I plan on stopping. It’s truly a lifestyle choice for me,” Zabriskie said. 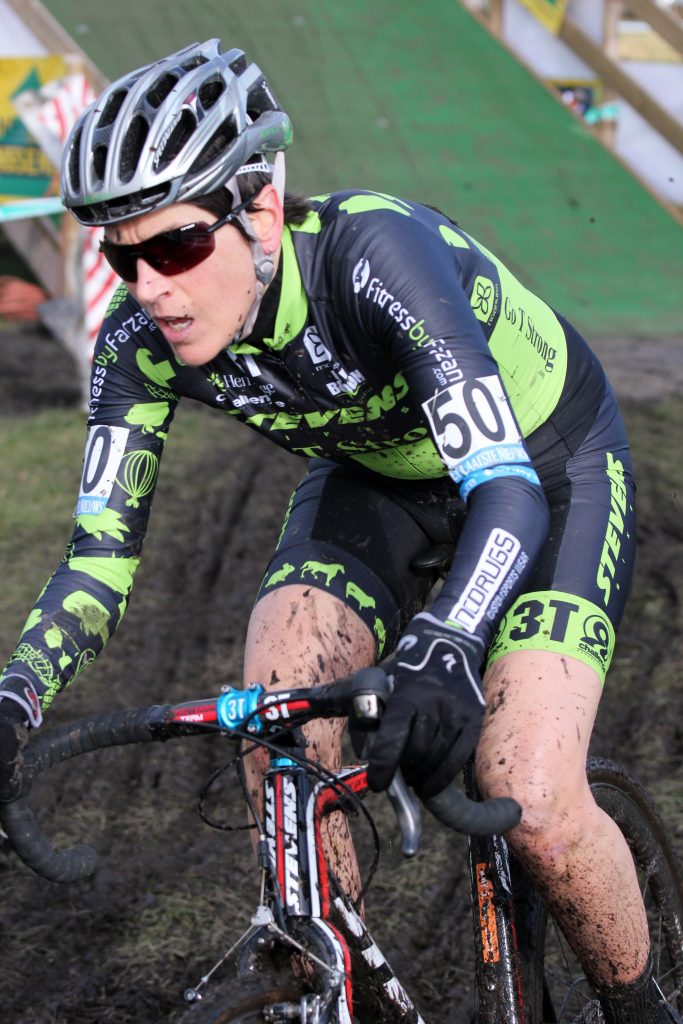 Christine Vardaros (46) represented USA cycling at 3 World Cyclo-Cross Championships as well as over 25 Cyclo-Cross World Cups since 2002. In addition, she made many appearances to the podium of UCI International events, including a few wins. She’s been a vegetarian for 24 years and became vegan in 2000. She’s an advocate for a drug-free lifestyle, and clean vegan living. She found that her earlier vegetarian diet gave her an edge over her competitors with a faster recovery time. So, she thought, why not go the full way and become a vegan. Almost immediately she felt all her symptoms go away, she was able to breathe better, and take part in hard races and recover more quickly. She noticed that she was sick less which gave her more training days than her meat-eating competitors. She also believes that she has as much energy now as she had in her teens. Her coach is also vegan with around 70 clients and he talks most of them into going vegan for better performances. 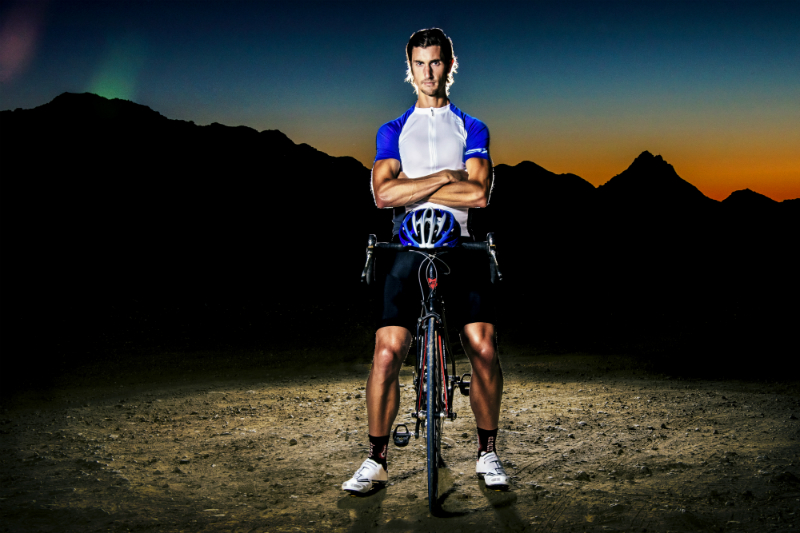 Canadian triathlete and endurance runner Brendan Brazier (41) has won triathlons at Olympic distance, half Ironman and full Ironman. Ironman consists of a 3.8 km swim, 180km cycle and a marathon (42.195 km) run. With a desire to spread the message, Brendan has created Thrive Forward, a web series packed with information on how to adopt a clean, plant-based diet. Consisting of over 40 videos, meal plans, and recipes, it has become a free go-to source for beginners and elite athletes alike.