It’s been 16 days now since I started my ‘big trip’. At this moment there’s 988km on the speedometer of my bicycle. That’s not a world shocking amount, it’s not nothing either. In Hafnarfjordur I decided to head towards the west fjords (geologically the oldest part of Iceland), uncrowded and pristine.

The first day I cycled together with a Belgian guy named Jens who I met at the campsite. Immediately we got our baptism of fire in Iceland’s strong winds. When we steered our bicycles in the first fjord the wind blew at us diagonally with all it’s might. The ‘battle to bike’ made place for ‘the battle to lean into the wind with my full weight in order to keep myself and my bike standing up’. In this treeless surrounding there was not one place to put up a tent unscathed. 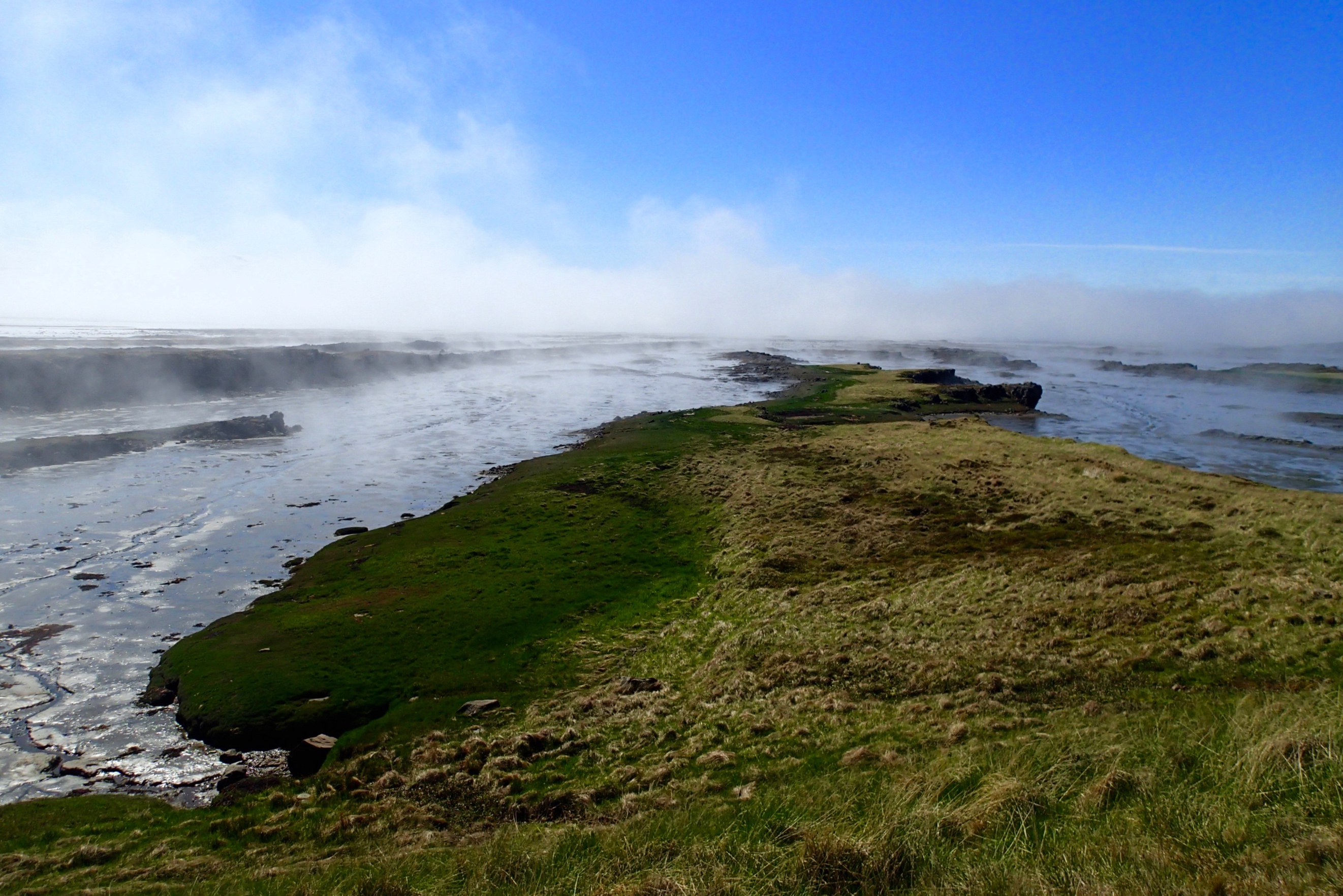 At the third house where we asked for a sheltered place to put our camp, the lady invited us to sleep inside, in the attic of their cozy summerhouse. She offered us the leftovers lasagna and salad and a piece of delicious banana cake for desert. She showed us pictures of their kids, with him we discussed our routes, whale hunting and –gutting and the chance for the roads through the interior of the country to open.

This was my first, and as for so far my last, real personal encounter with the Icelandic folk.

The first bikedays stroke me heavily! All of a sudden I realized that the body that I brought home in May 2015 after a year of cycling, isn’t the same body as the one that I started this trip with. I have to start all over again. Building muscles and shape, going through the first sun allergies, back pain and saddle rash. The rides I did in Holland during this year on my roadbike are only a poor soil for that.

It was hard. My body hurt and wanted to get of the bike over and over again.

Halfway the second day I, because of the big difference in speed with Jens, I decided to continue alone.

Immediately I found my own pace. The pace that took me years to find and I finally discovered during my last trip. The cadence of the pedaling I keep steady all the time while I shift up or down my gears depending on the wind and the up- and downhills. There’s no hurry, there’s nowhere I need to be! When I climb, I go slow as a snail up the hill, when I descend, I roll down like a thunderstone. If I want to take a break, I take a break. If I want to read a book for an hour, or two or three, that’s exactly what I’ll do. I put up my tent at 14:00 if I feel am done for the day or I will get on my bike again after a late break at 17:00 and ride into the evening. 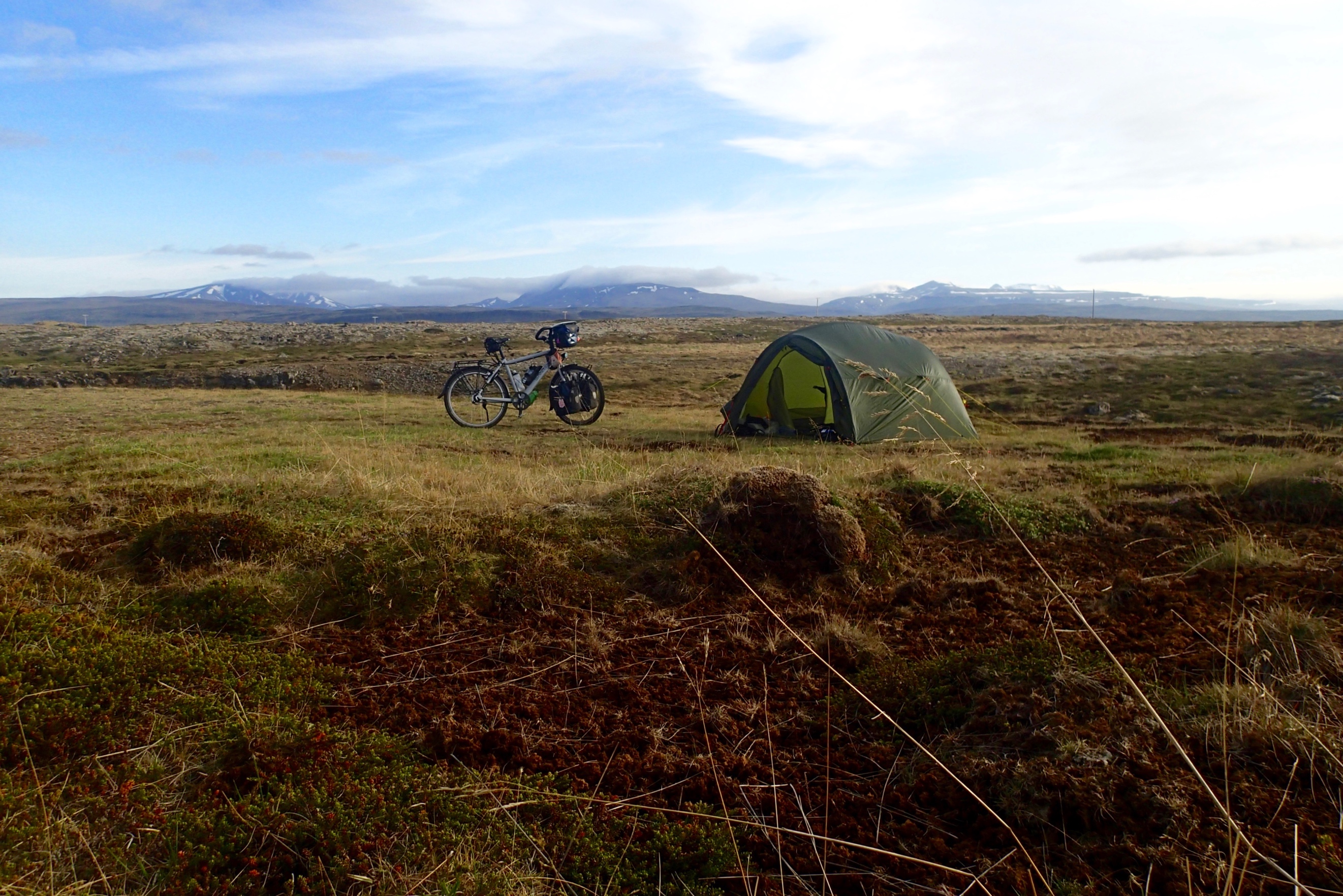 As for camping, Iceland is paradise! Everywhere you can pitch your tent and the drinking- and cooking water you can tap right from the many waterfalls and streams. Nobody would even think to interfere with your settlement. 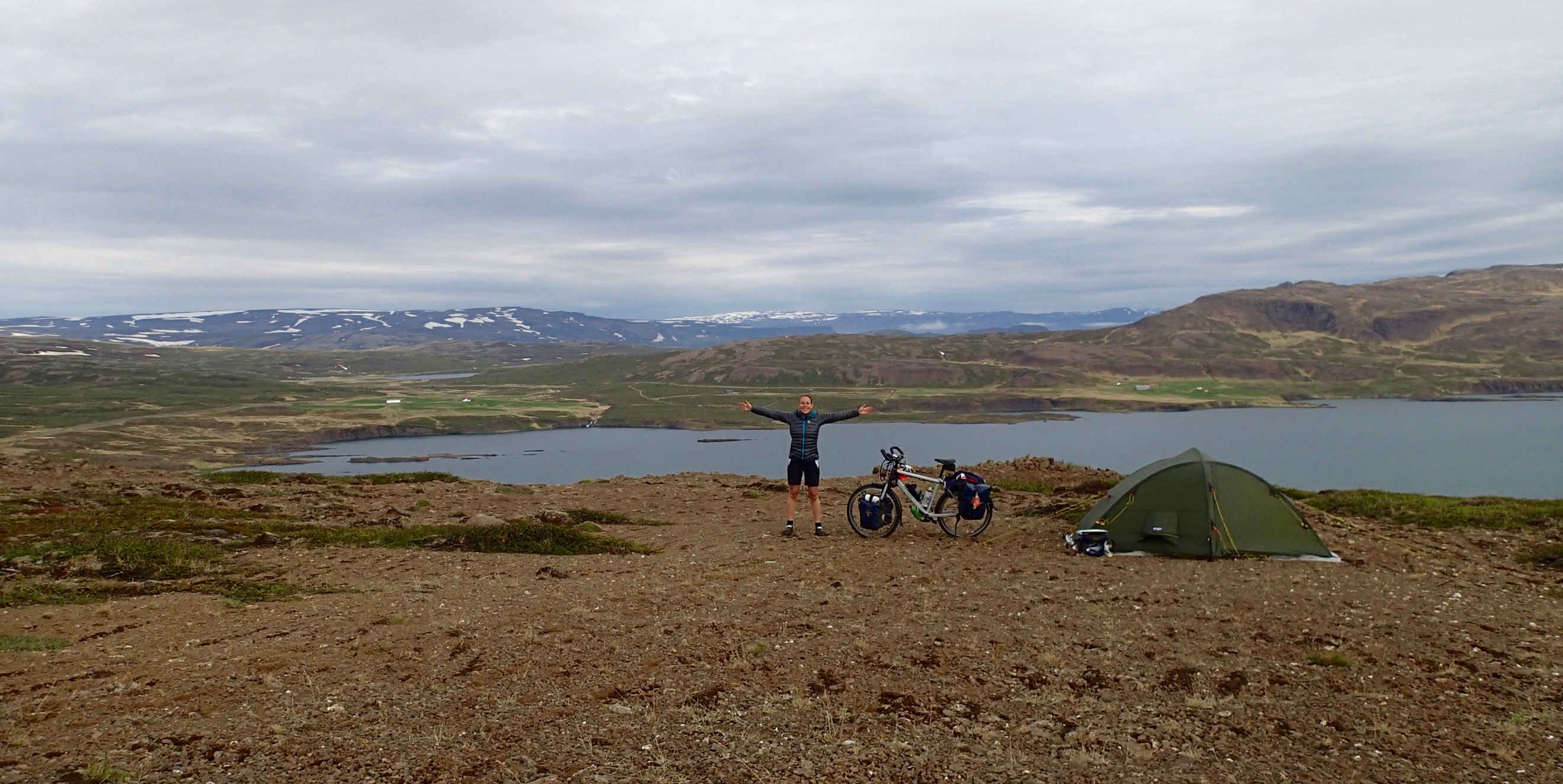 The Iceland that I knew from the pictures kept hidden from me the first days.

But on the third day in the west fjords a steep bad gravel road through the mountains led me to a fairytale like landscape, with views over the fjords, waterfalls, snow and the green of moss and low vegetation. While every now and then a tourist-filled car passed me in high speed, I didn’t know where to look and stopped every few minutes to enjoy the view. If at that moment a troll or elf would’ve appeared from behind a rock, I would be more confirmed than surprised. 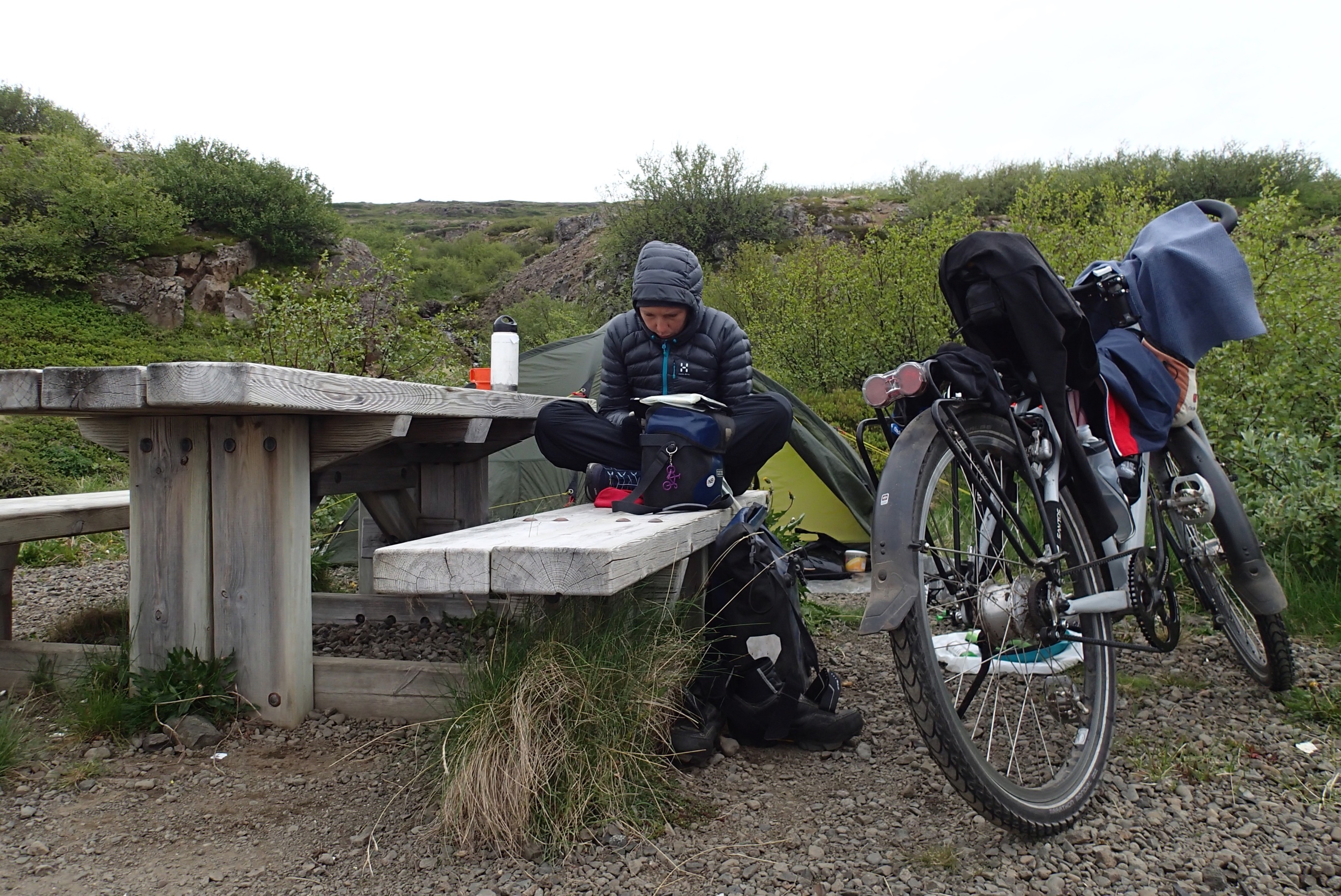 After a day off in Isafjordur I started a real fjord relay. I didn’t complete the one fjord or already the next one was waiting for me. Camping at the ‘head’ of a fjord one night I looked out over the water and the snowy mountains of the most northern part of Iceland. When I crawled out of my tent in the middle of the night (0:55) to go for a pee the sky colored bright orange. I turned my head and saw a beautiful sunset. For just a moment the sun sank behind the horizon, to leave the land in twilight for a full hour.

When I got on my bike again that morning I looked on my right and saw the next ‘fjordhead’. 38km, according to the map. If only a troll would’ve build a bridge there, 1,5km would’ve done it. 38km! Tailwinds into the fjord means headwinds leaving the fjord, and vice versa. In a fjord you can look over your shoulder and see what lies ahead. Fjords: beautiful and frustrating at the same time. 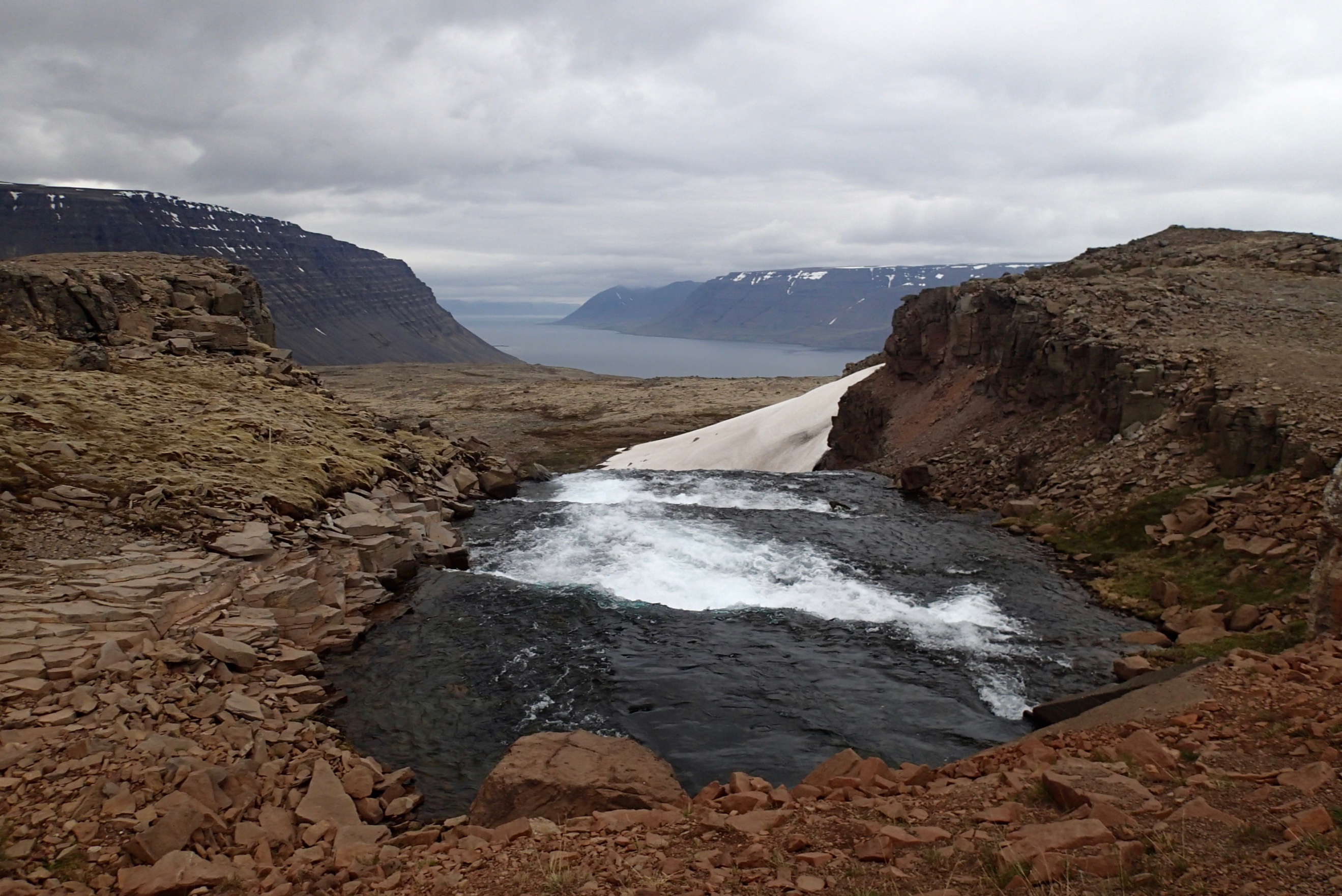 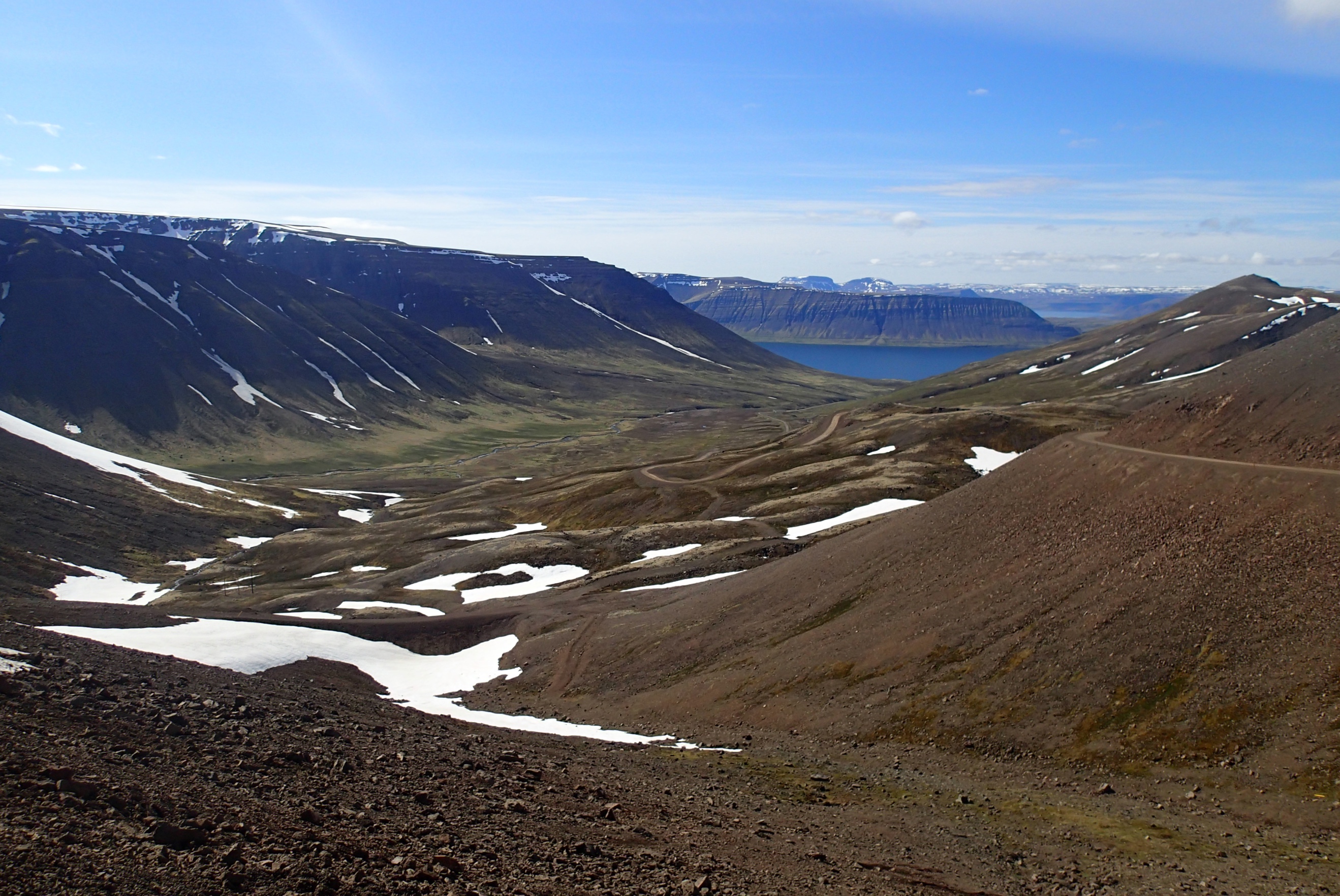 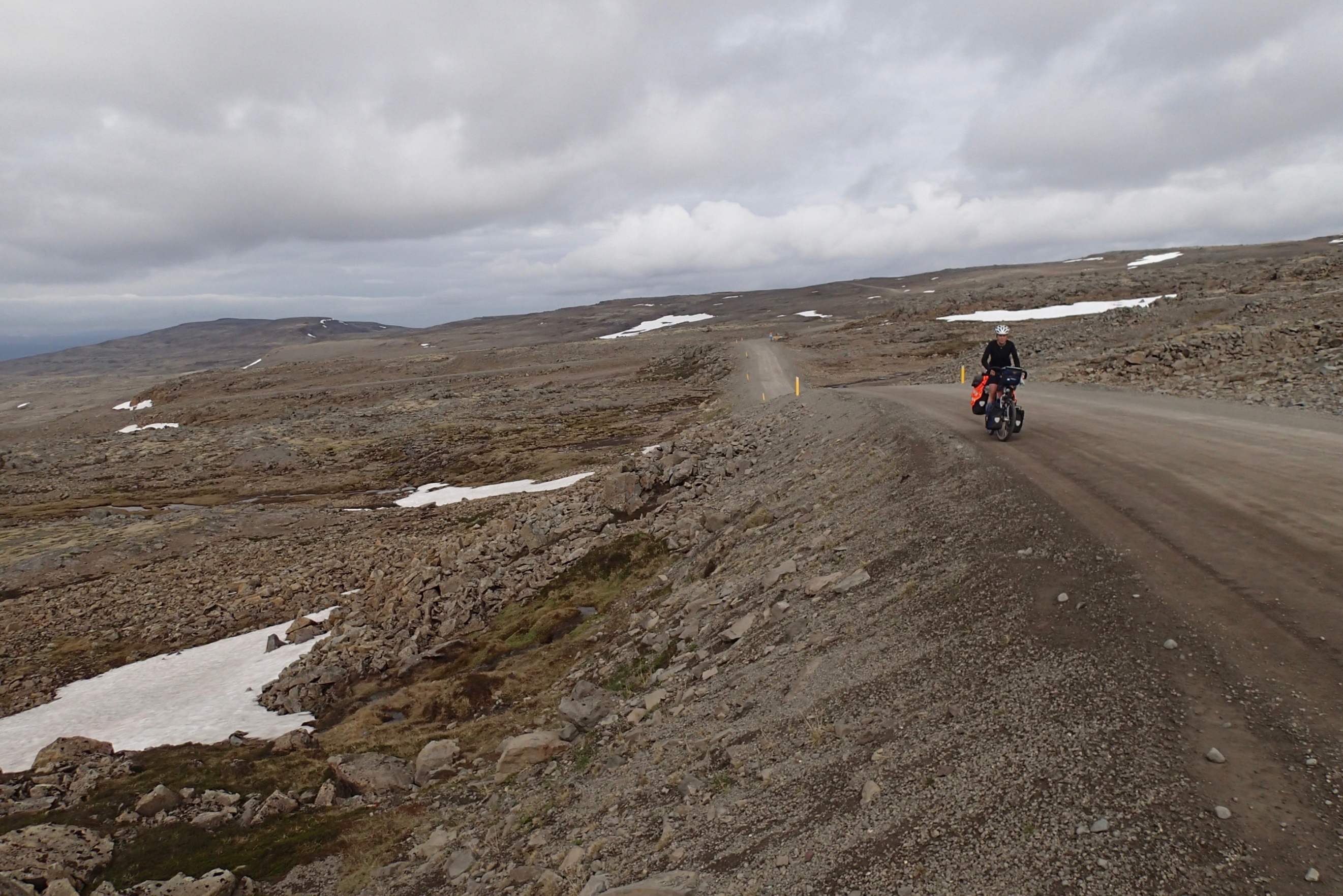 After cycling 17 (longer and shorter) fjords, I left the west fjords.

Yesterday was my first bikeday on the ring road (#1). To be ahead of the busy traffic and the strong winds, I decided to set my alarm at 4:00. At 4:15 I had my hot porridge (oats, honey, dates, seeds and incidentally a banana) and at 5:15 I got on my bicycle on the quiet ring road, packed in my warmest clothes. Successfully! At 12:00 I had done 80km and landed at the campsite, just before the winds took on and the heaviest traffic started. 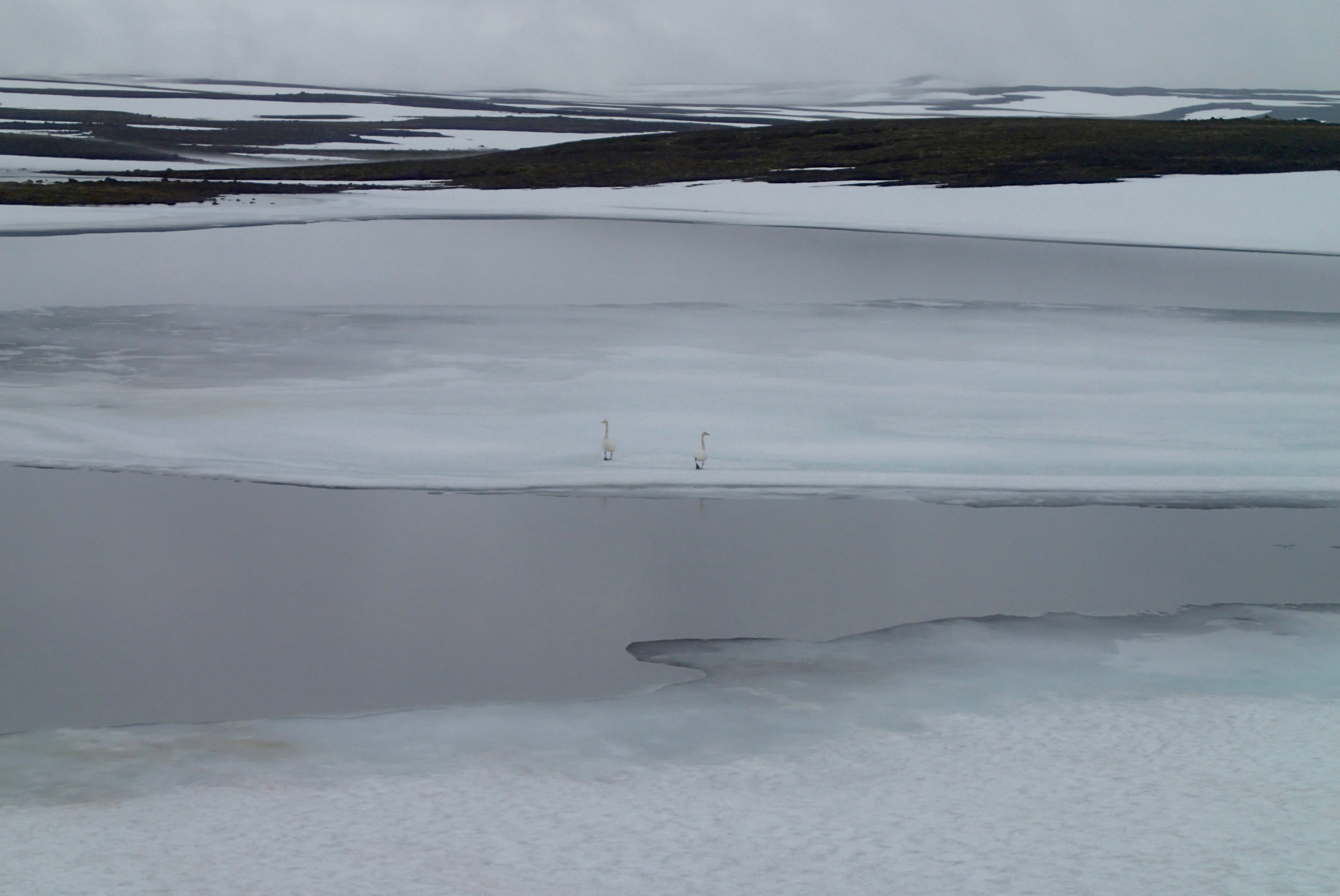 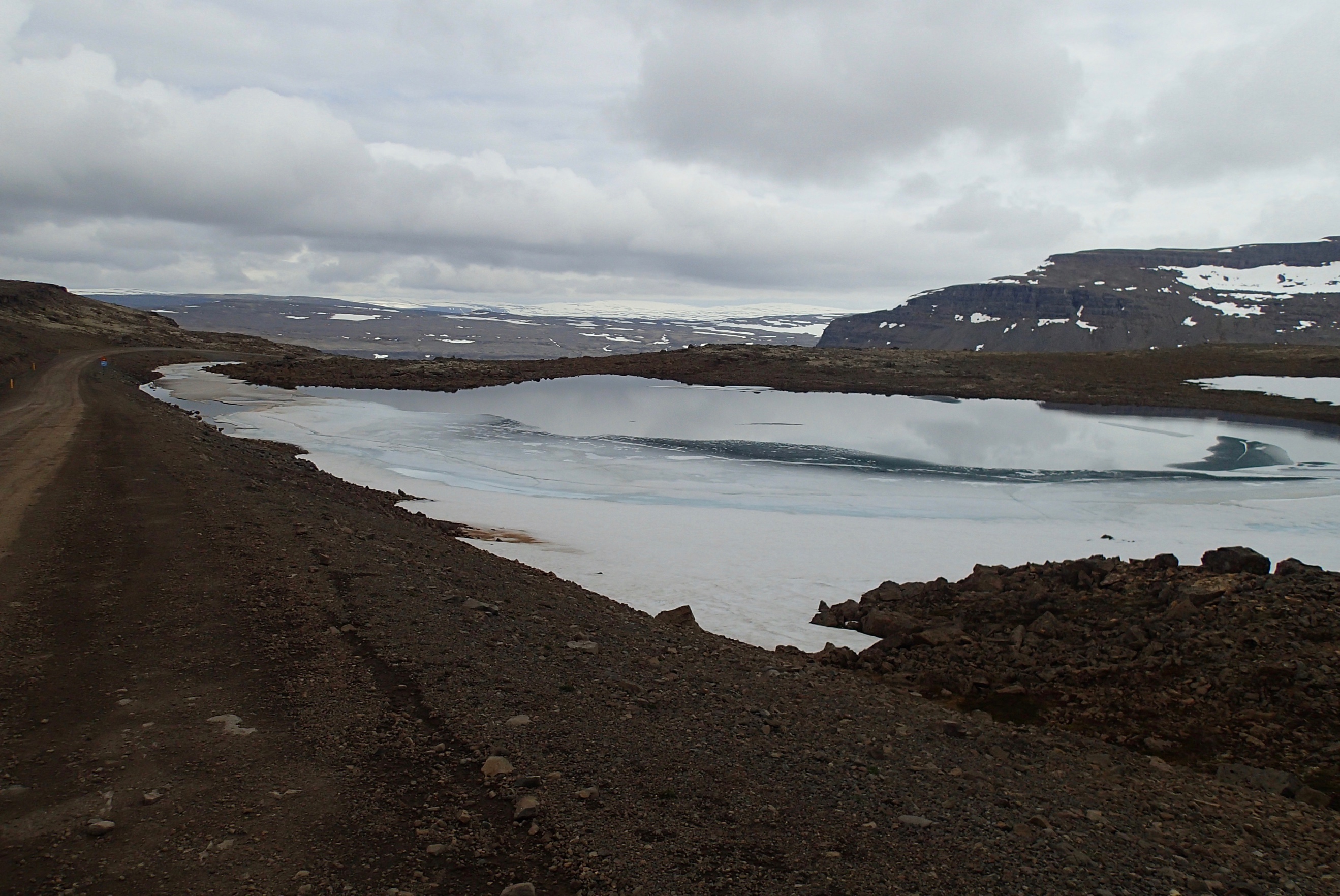 It has started. The first two weeks of my long trip are done.

I meet other cyclists here and there, biking Iceland as a two or three-week holiday. The exception to them was Luke, a bikepacker from Australia, who has been biking for 6 months without any intention to change that in the near future. After a few years at the office and (his words) ‘waiting for life to start’, he decided to quit his job and explore the world. First with a backpack, now on a bike. I sat there with him for at least an hour, on the top of a pass, at the ‘emergency shelter’ where we met. ‘You are like me!’ het said several times. And indeed it was good for both of us to meet someone who made a similar decision, to leave the familiar life behind; to cycle over the world, until he discovers something he would rather do. 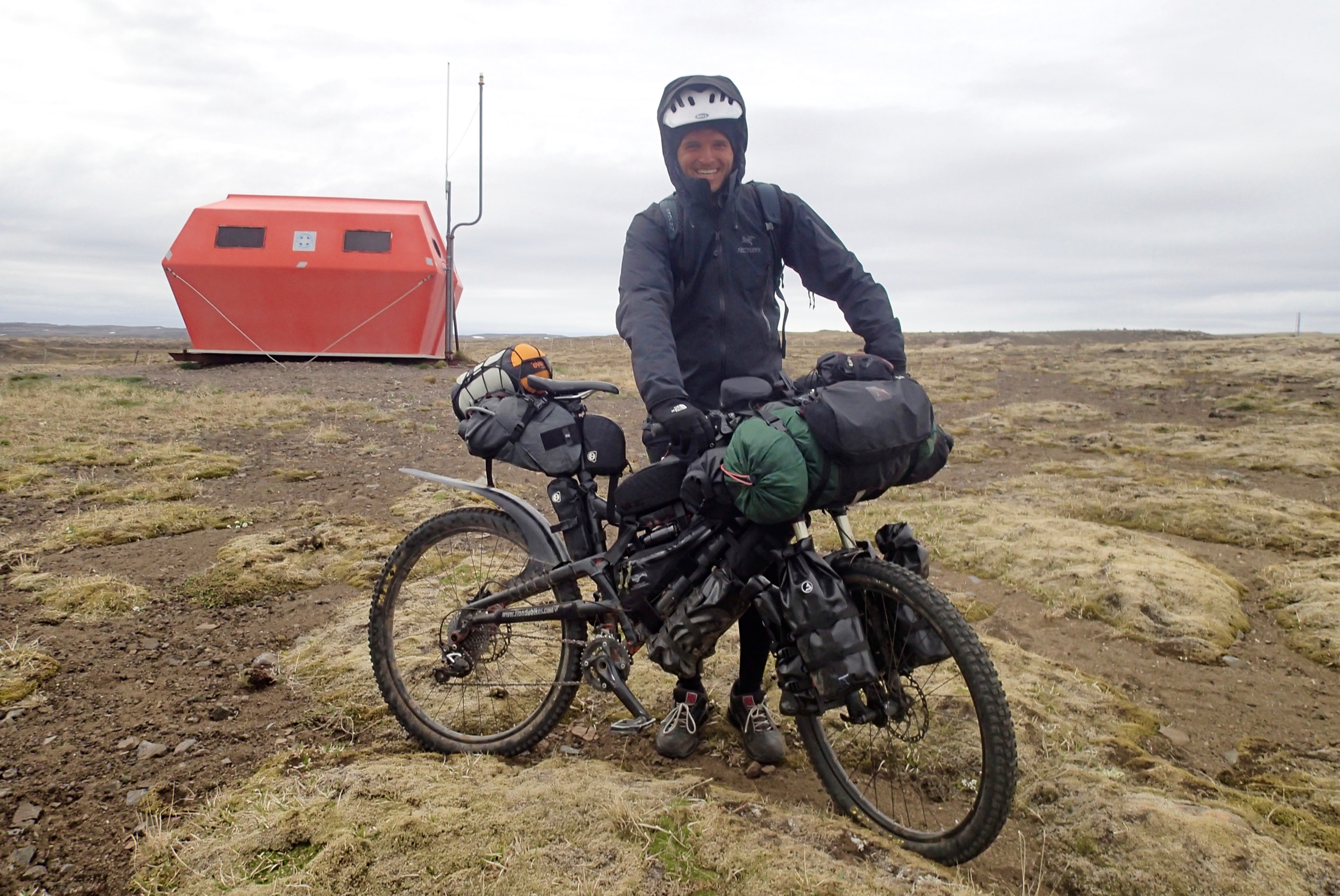 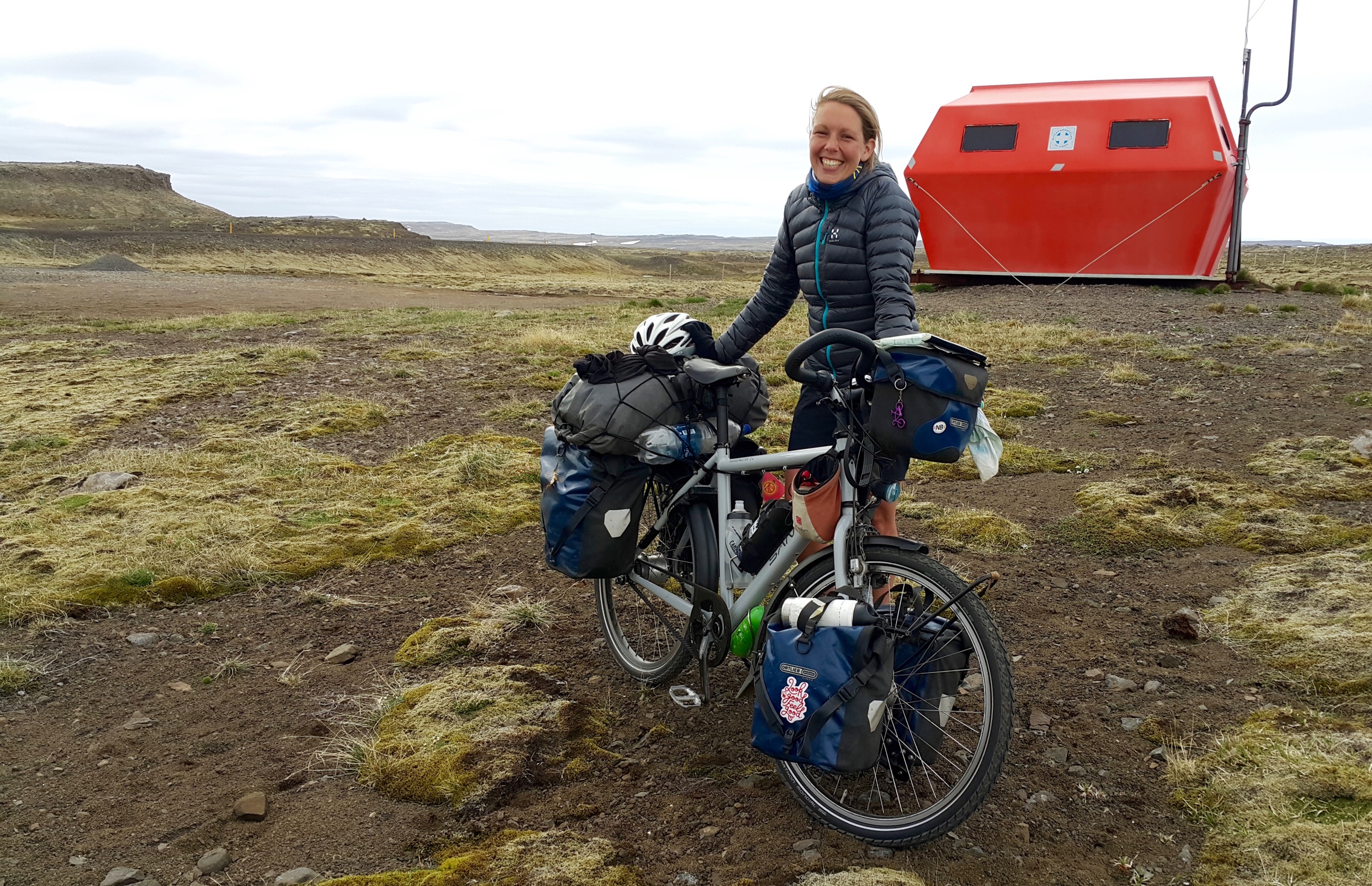 So, how is it going? People ask me regularly.

The first week I was thinking about home quite a lot still. The things I won’t have, can’t do and the people I won’t see for a long time, kept popping up in my mind. My parents, my brother, my own house, walking around town with a friend, to know the place where I live, the familiar. While I enjoyed the cycling and camping I also went through some kind of mourning, and still.. I have little need to meet ‘new’ people, except for some ‘long term travelers’. Already an American couple, at the start of their worldtrip by sailboat, invited me to get on board sometime next year. I very much enjoy the solitude at the moment and I feels like all the beautiful and impressive things that happened these last months at home are immigrating from my head to my heart. Like they’re making some space up there for the adventures that are coming up and that I’ve longed for for so long.

An evening/night/morning in the life of a bicycle traveler: 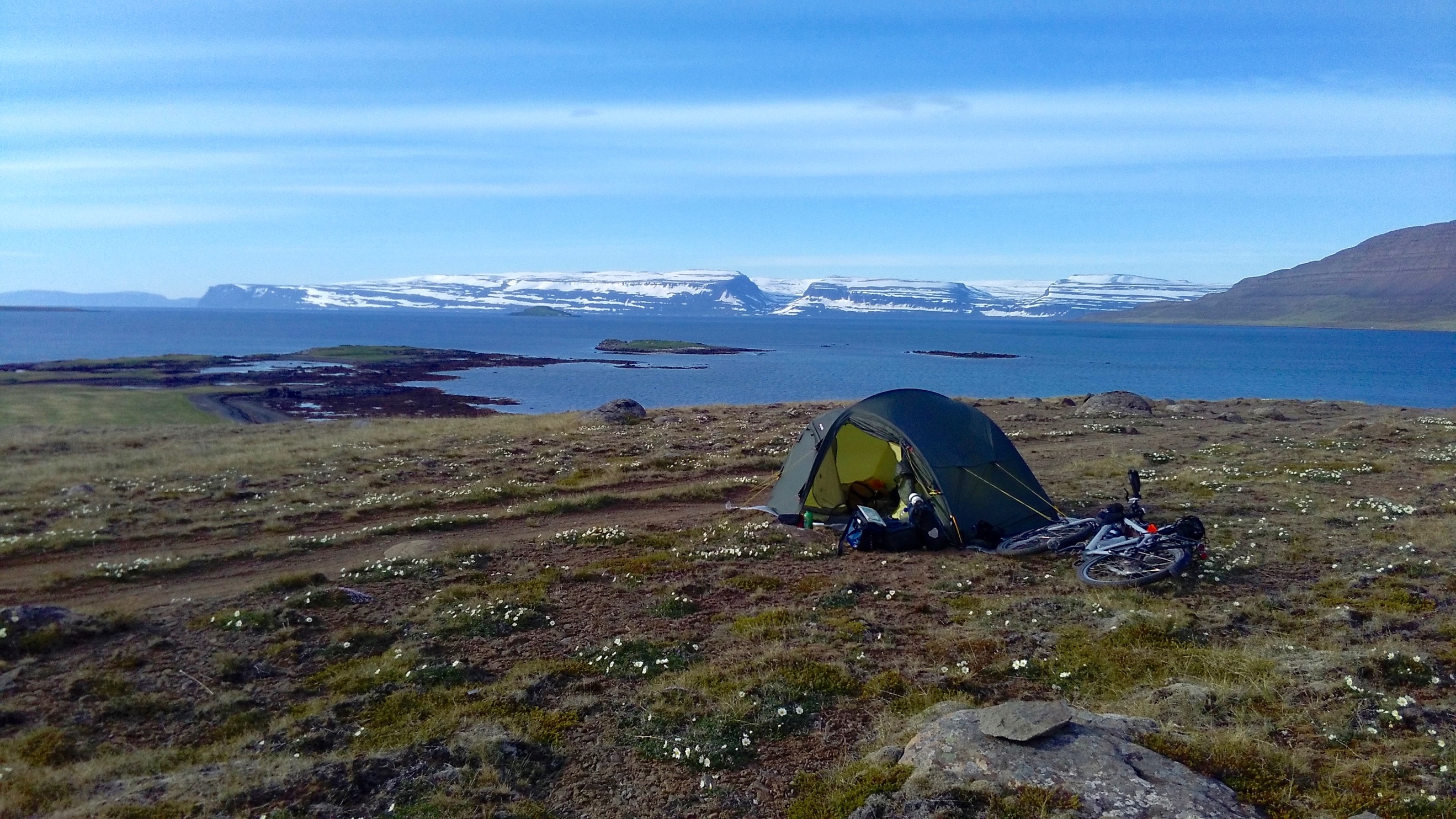 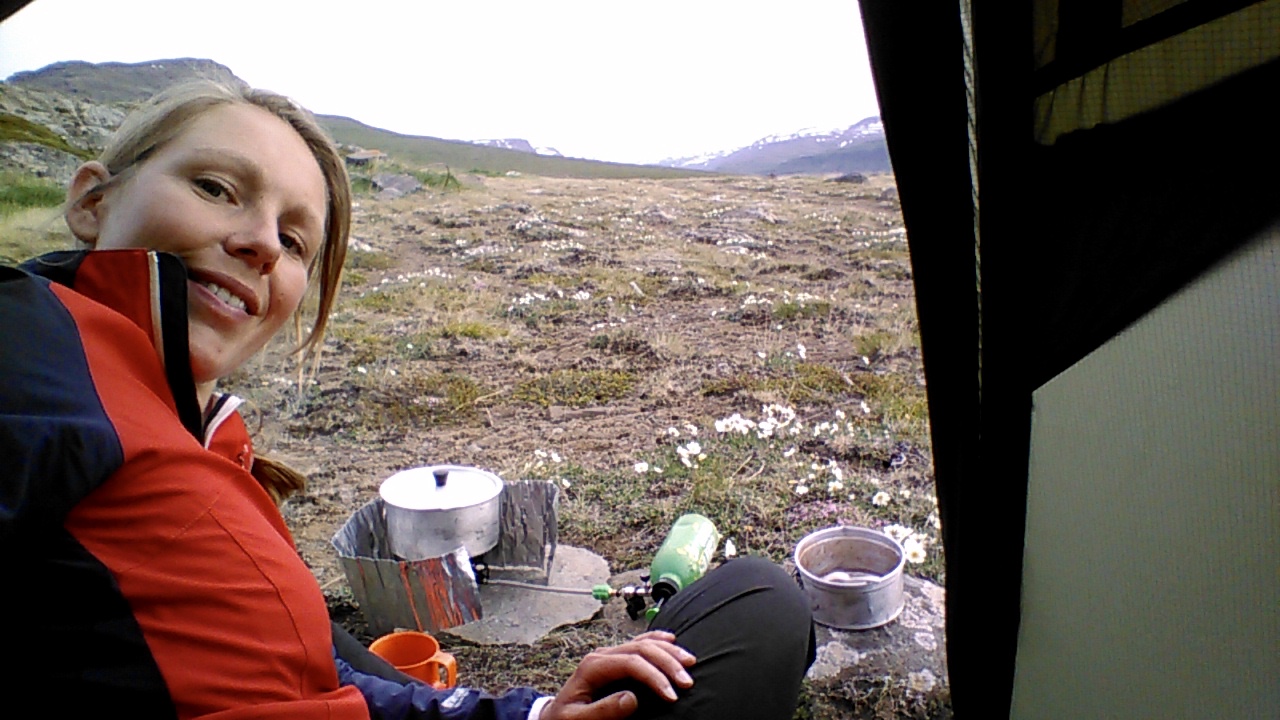 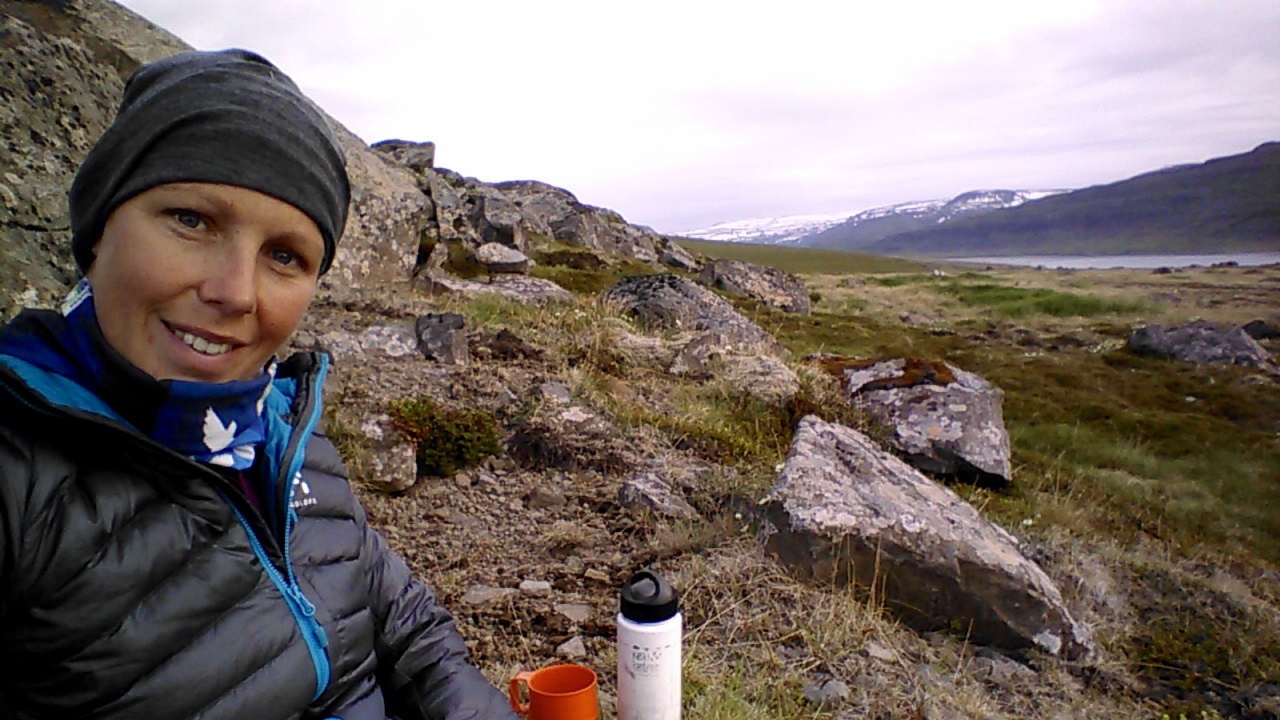 Reading with a view, hot tea and chocolate 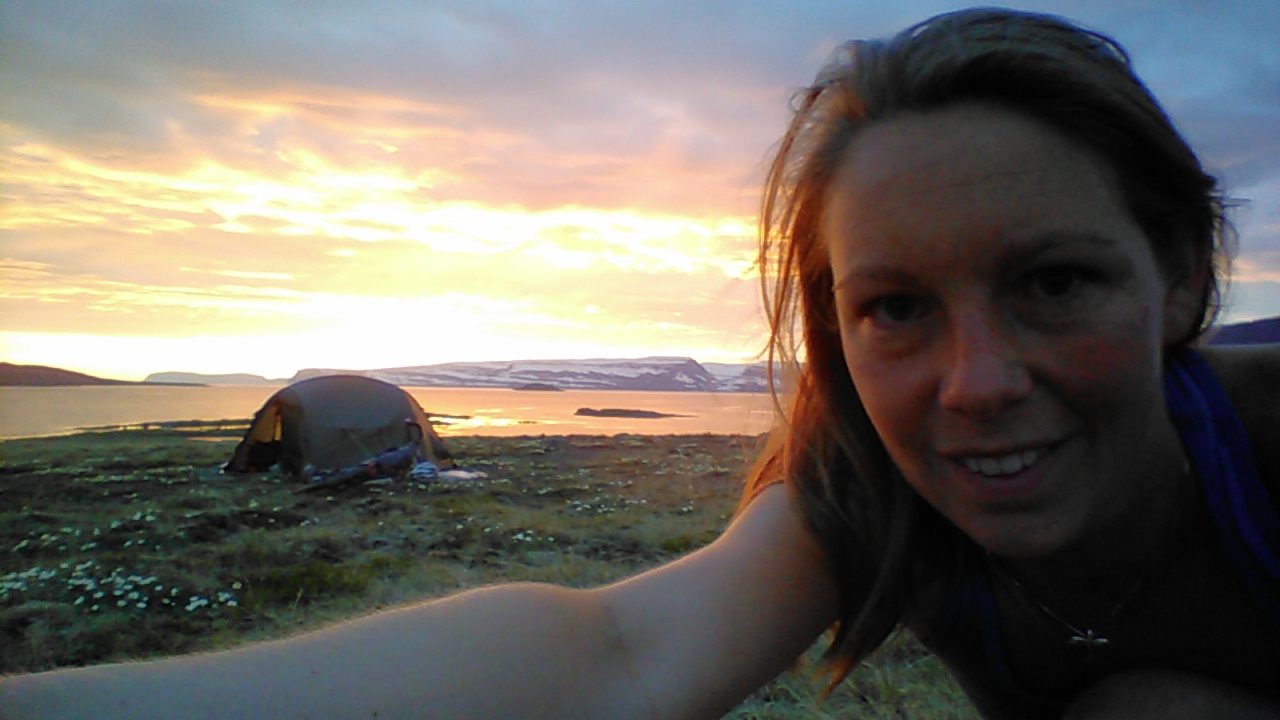 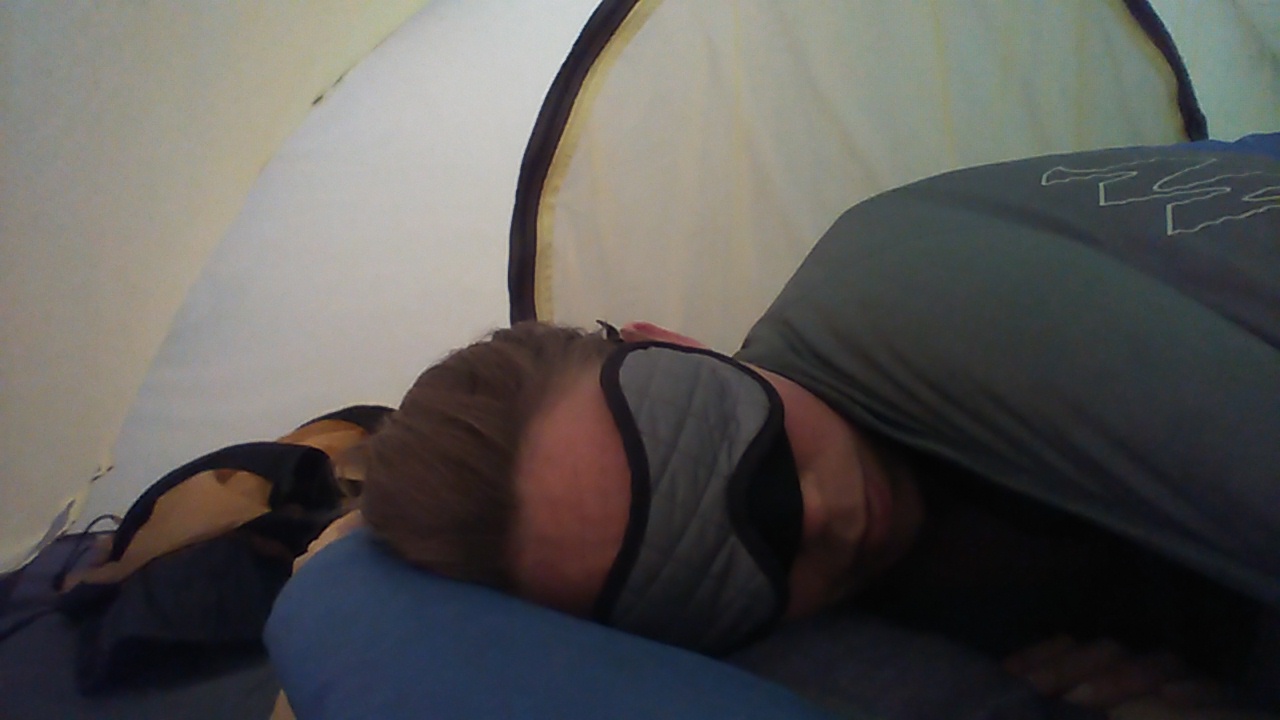 Sleeping with the mask on 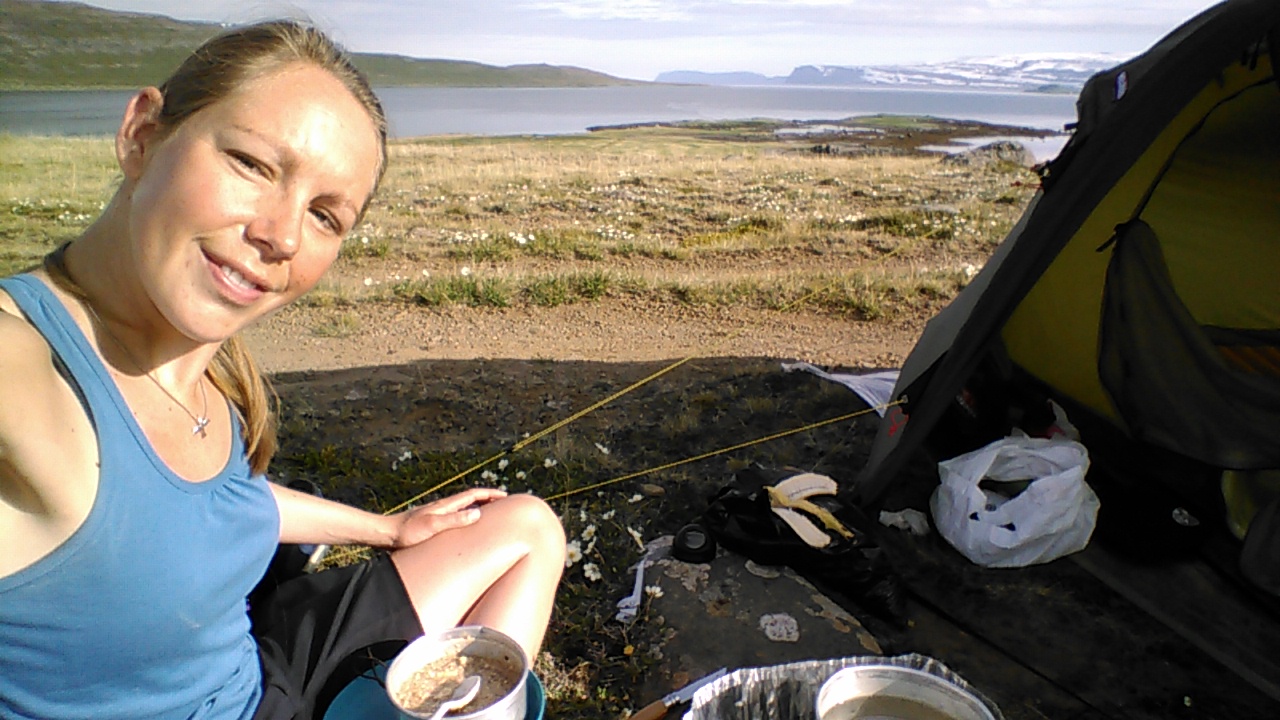 Porridge for breakfast in the sun 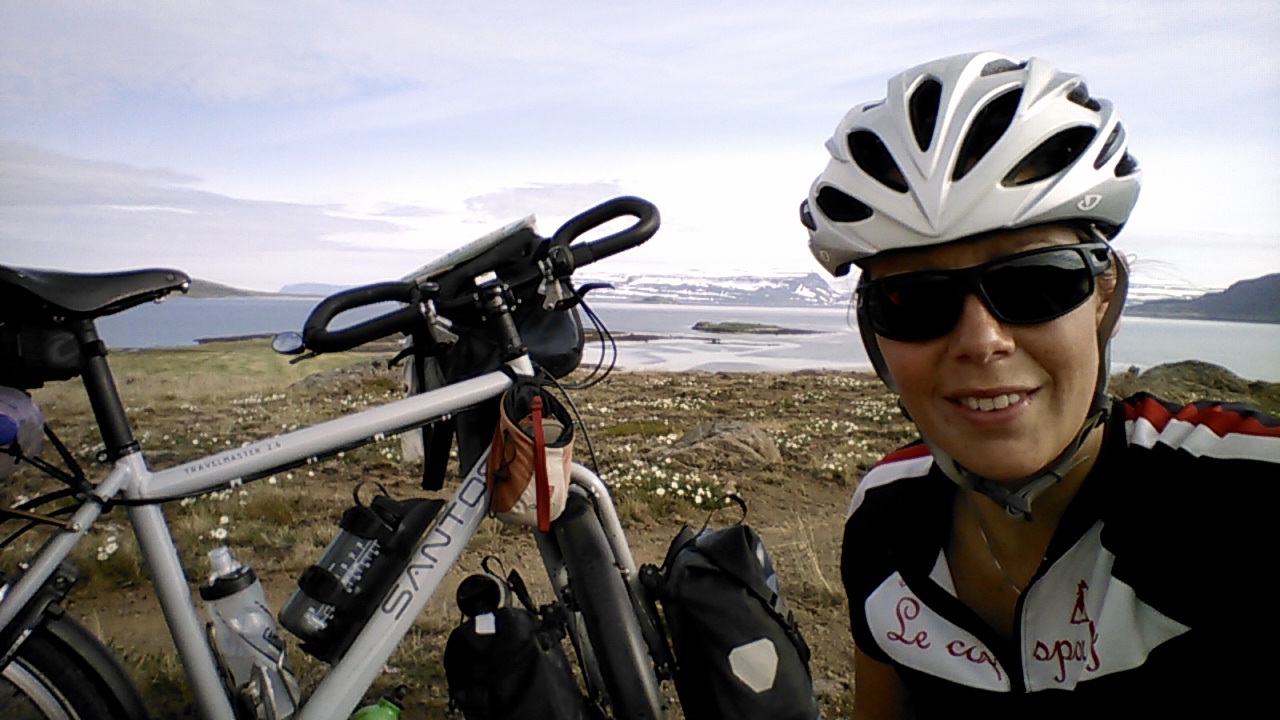 Ready for another day

It makes sense! I make sense.

I was a little worried if I would feel that way again, but my worries were unfounded.

A lot of moments, biking or camping, I feel like this is what I’m made for!

And I’m not the only one who feels that way, apparently, seen the opportunities that are still coming my way, like a new sponsor and my first freelance work ‘on the road’. Writing for welovecycling.com!

Tomorrow I’ll get on my bicycle again. Heading for Akureyri, a university town in the north of Iceland and hoping for the roads through the interior to open up soon. A Winter Escape to Mallorca: What It’s Like to Move to The Island Mathieu van der Poel Wins Final World Cup in Besançon: ‘I think I will feel my best next week’