What word comes to your mind when you think of Peter “The Terminator” Sagan?  Funny, awesome, crazy, talented?  Let’s go over some of his best tweets, quotes, victory salutes and jokes.

So we’re used to seeing pictures of this Slovakian cycling star looking like a model, but here is a couple of pictures he’s tweeted that show his sense of humour. 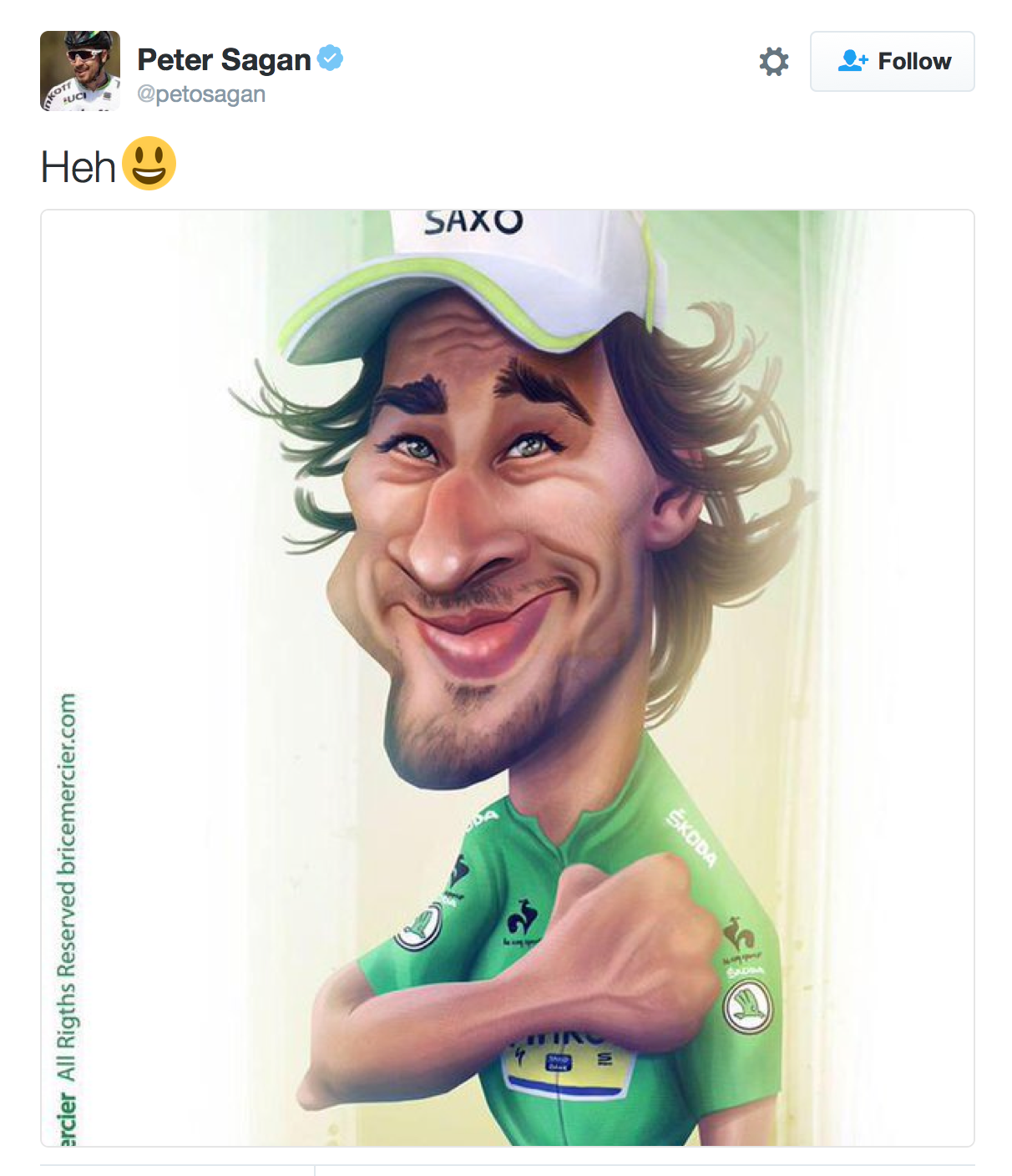 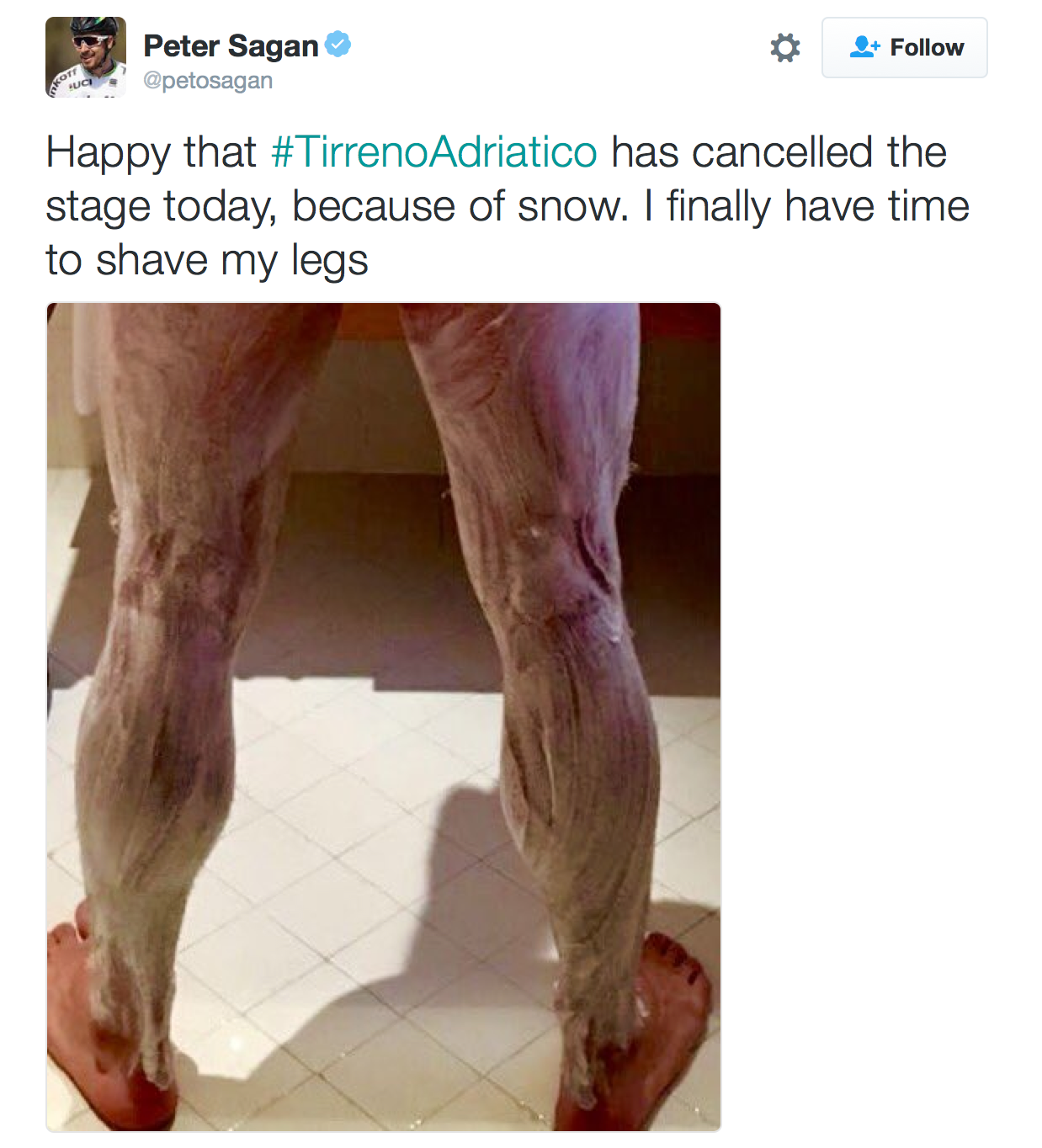 Moving on to memorable quotes, here is one he tweeted along with a photo of himself having fun.  The guy’s a one-man party! 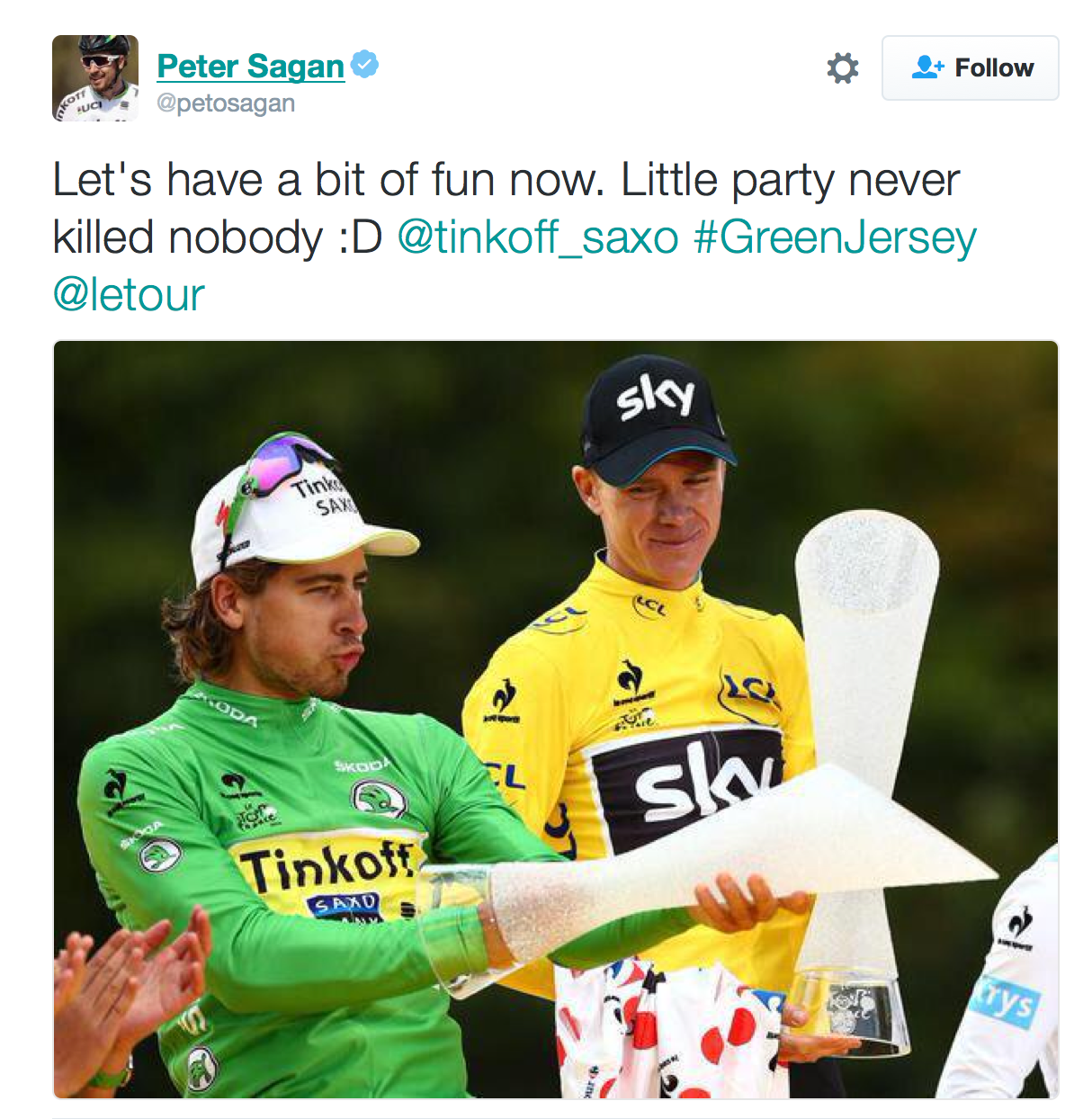 Here are a few other quotes of his, ranging from playful to serious:

“My English is perfect. I just like to say garbled nonsense to throw people off and keep them from bothering me. Cryptic is cool and it just adds to my mystique. I mean, Cancellara says some wacky stuff in English and nobody makes fun of him.”

“The problems in the world we have to change. … The situation is very difficult. I want to say to all the people: change this world.”

Now let’s look at some of his famous victory salutes!

Here is his five-finger salute for his fifth professional victory in 2010. 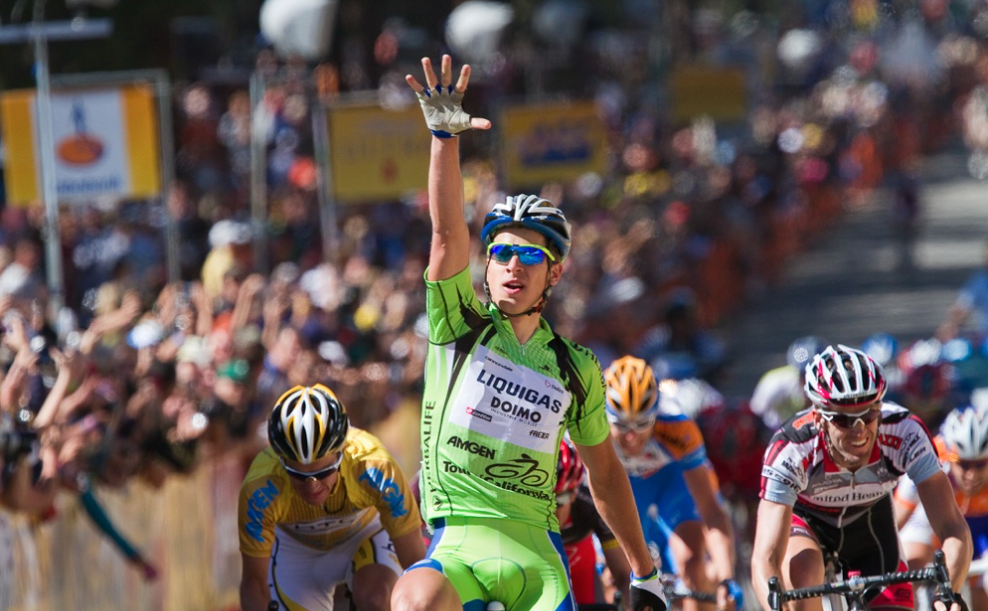 Here is Sagan celebrating with a “running man” at the third stage of the Tour de France in 2012. 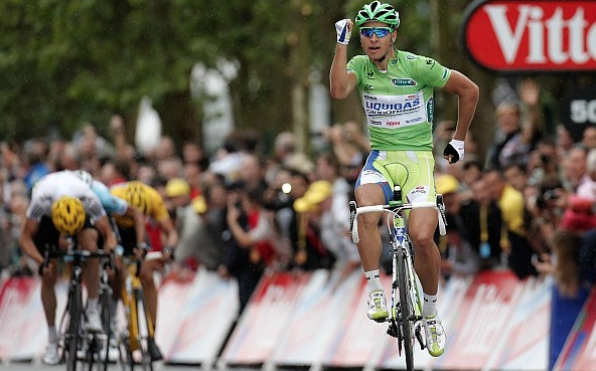 And here he is at the sixth stage of the Tour de Suisse in 2012. 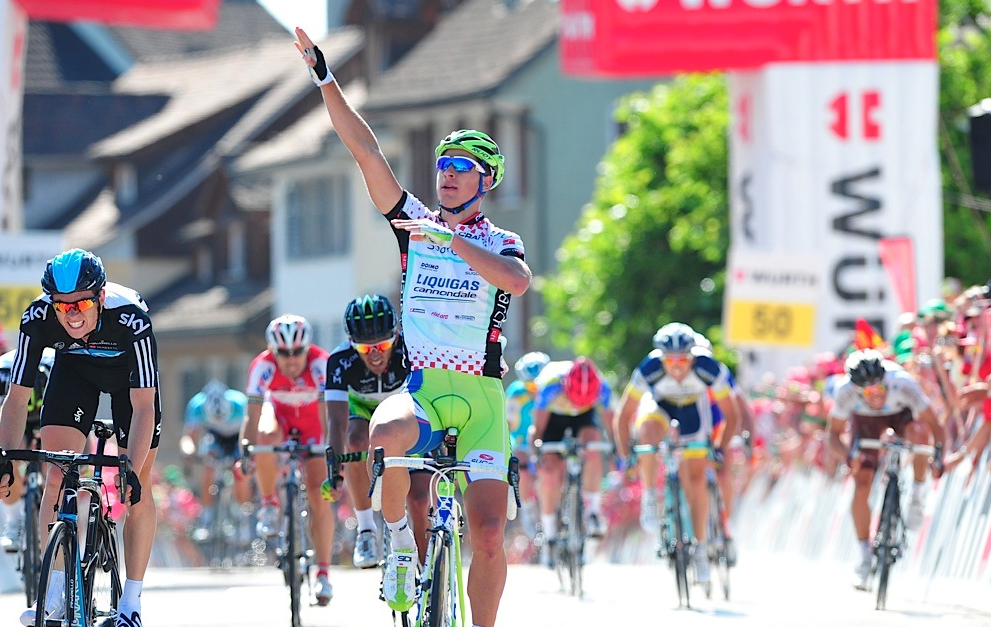 As you can see, Sagan is one hilarious guy. Here he is jesting with a group of sprinters about forming a breakaway at the fourth stage of the Tour de France 2015:

Plus he can even take a joke. Remember him getting a razor from Vincenzo Nibali after he rode with unshaven legs?

Sagan is definitely one of the most entertaining guys in the peloton. Is Peter your favourite rider?

Sagan leads the Tour de Suisse and breaks his own record