Another young cycling talent, Daan Myngheer, has unfortunately left us. The 22-year-old suffered a heart attack during Saturday’s Criterium International and was pronounced dead at 7 o’clock yesterday evening. The tragedy shocked the cycling world, which has already been in mourning about Antoine Demoitié, who passed on Sunday after a collision with a motorcycle.

Daan Myngheer reportedly lost contact with the peloton during the 90km sprint stage and then suffered a heart attack in an ambulance taking him to a hospital. He later died surrounded by his family at Ajaccio Hospital.

“It is with great emotion, that we will make you part of the death of Daan. He lost his last race after having fought like a grand champion. Daan is going to donate his organs to help other people, it was his will. All our thoughts go to the parents, to Fleur, his sister, to Emely as well as to the whole family. Rest in peace champion,” said the official Roubaix Lille Metropole team statement.

Such a terribly sad few days in the professional cycling world. Another tragic loss. RIP Daan Myngheer. My thoughts are with your loved ones

The tragedy followed another passing in the cycling community. 25-year-old Antoine Demoitié was hit by a motorcycle after falling from his bike during the Belgium’s classic Ghent-Wevelgem. Demoitié’s team’s sports director, Hilaire Van Der Schueren, was on the scene and with tears in his eyes, managed to describe the incident.

“Antoine had just called for a few bottles. Those were his last words. I went to the front and the accident happened. I saw the accident – it wasn’t that bad – and that’s when the moto hit him. A mechanic immediately jumped out of the car to help him, but he came back and told me that I had to look myself. You see him lying on the ground, you know it’s terrible, but you always keep up hope. The ambulance was there, he went in the helicopter, and you think, he’s in good hands. But when we got a call for the personal details of his wife and family, then you know it’s terrible.” 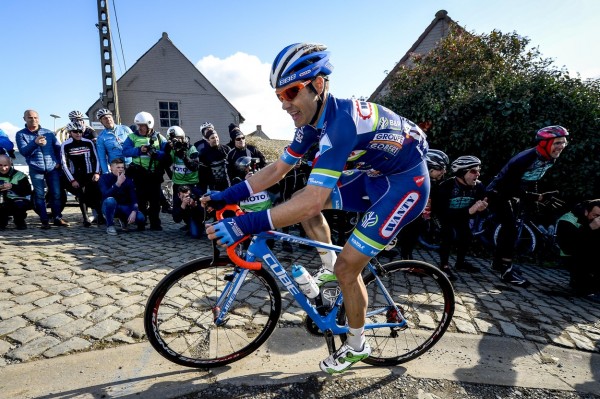 Wanty-Groupe Gobert, was supposed to race in the Three Days of De Panne, which started yesterday, but chose not to race.

“We decided not to race. We don’t have the spirit to fight in the group for position. We need a little bit more time, maybe even to think about what happened. If we race again, we want to do so 100 per cent and get that victory for Antoine,” said Roy Jans during the sad press conference.

A very sad weekend for the cyclingworld after #Demoitie just got now the news about… RIP #MyngheerDann pic.twitter.com/2LzWFyaumi