Another Monday is here and our news from the world of cycling with it! So what do you need to […]

Another Monday is here and our news from the world of cycling with it! So what do you need to know?

“It is hard work to keep up a high level for this kind of photography. Sexy without looking cheap. Innovative and not like all the other girl calendars. We managed to do our best and we’ve always got the feedback that we do a great job. Times are changing, so we’ve stroked a new path and strengthened the art part of our work,” said Cyclepassion about the 2016 edition and one thing is for sure, their calendar definitely looks different this year.

We’re not so sure if they have always achieved the „sexy without being cheap“ look as they say they did, but the next year’s edition is really tasteful. Photographer Kai Stuht saw to that and apart from beautiful models you can also admire some exquisite bikes from BASF, Cannondale, vanRafael and many other cool companies. 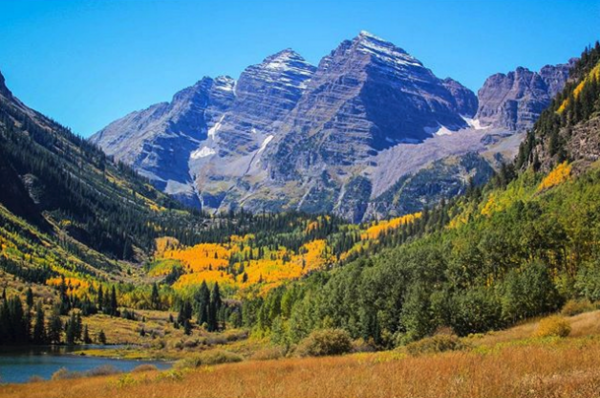 Darren Alff has been travelling the world by bicycle for more than 15 years and inspiring thousands to do the same in the process. He is in Maroon Bells, Colorado, at the moment and managed to capture the beauty of autumn in just one single photograph.

This video was uploaded to Vimeo almost two years ago, but has gone viral on Facebook in the last few days. It shows incredible determination of Benjamin Piovesan who is over 80 years old and still cycles regularly.

„I will always remember the first time I rode a bike. I was about 14 and it was in the Veneto region. I did 30-35 kilometres. I thought it was good for the first time and I have very nice memories of it,“ says Benjamin of the first spark for his lifelong passion.

Florent Piovesan made this short documentary to celebrate his grandfather’s 80th birthday (or his 4th 20th birthday, as he likes to say). Amazingly, age is no nuisance for Benjamin and he still does approximately 6000 – 9000 kilometres every year.

„It brings me joy,“ says our hero and we have to admit, we would consider ourselves lucky to be half as fit as he is at that age.

London mayor Boris Johnson opened the first bike superhighway (lane that is segregated from the car traffic) in his city. You think cyclists would be pleased? Well, some of them weren’t happy to see mayor’s face there. More than a few had an opinion about it and expressed it in a way that made the whole world laugh.

“The people I met on the cycleway seemed to love it,” said Johnson. Oh, of course they did. Nobody can deny that. But still we have to ask. What moment in particular are you referring to, Mr. Mayor?

The Best Things We’d Like to Adopt from Peter Sagan

Philippe Gilbert: “Living in the Same Place with the Same People Was Something New to Me”

Why I Love to Ride With My Dog. And Why He Loves It Too