The Giro d’Italia 2015 stage by stage

This year’s Giro d’Italia saw a lot of action. And we were there to document it as Alberto Contador wins his […]

This year’s Giro d’Italia saw a lot of action. And we were there to document it as Alberto Contador wins his second Giro and now lays his eyes on the Tour de France with the aim of being the first rider to win both in the same year since Marco Pantani in 1998. Read our stage by stage coverage to get all the details of the race.

Tinkoff-Saxo’s Alberto Contador finished 7 seconds behind Orica-GreenEdge’s Simon Gerrans. Contador wants to win both the Giro and the Tour de France in the same year – the first rider to do so since the revered Marco Pantani in 1998. 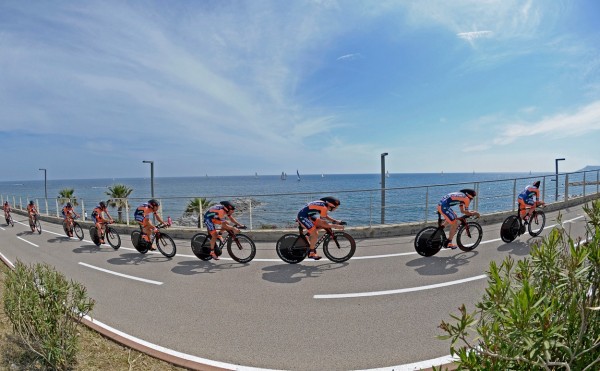 Orica-GreenEdge’s Michael Matthews won and retained his GC lead, but Domenico Pozzovivo’s savage crash almost turned the 2015 Giro into a tragedy. The Italian lay motionless and covered in a silver blanket until paramedics moved him to an ambulance. He’s reported to be recovering well.

Orica-GreenEdge’s Simon Clarke took the pink jersey from teammate Matthews. But the real victor was the young Davide Formolo, who won his first professional race and had the home crowd cheering him into La Spezia. At just 22, Formolo is one to watch.

The General Classification contenders flexed their muscles in the first mountain stage. Lampre-Merida’s Polanc won the stage, but Contador stamped his dominance on the climb into Abetone as he followed the wheel of Astana’s Fabio Aru to keep 2 seconds ahead in the overall classification.

Although Lotto Soudal’s André Greipel won the stage, this one will be remembered for the collision that nearly took out the race favourite. Contador was surely grateful that the crash that dislocated his shoulder happened in the final sprint. Meanwhile, Nippo-Vini Fantini’s Colli fractured his arm, ending his race. 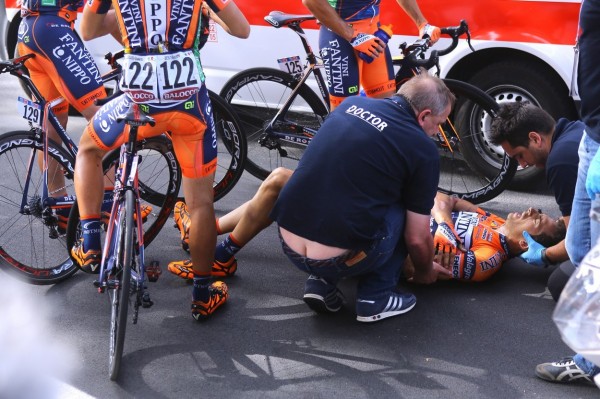 Ulissi left the sprinting pack early to win the 267 km stage from Grosseto to Fiuggi. Contador showed steely determination, but was happy to stay close to the pack after the events of Stage 6.

Beñat Intxausti took the stage, but Contador captured the spirit of the Giro, inflicting tactical damage on Aru when he picked up bonus seconds during an early sprint. Clearly in pain, Contador protected his time bonus, enduring repeated attacks from Aru on the final climbs.

Astana team turned the screws on Contador. Tiralongo pulled to victory, as a strong team performance allowed Aru to finish with the GC contenders. Aru’s sprint at the end reduced Contadors lead to three seconds.

Team Sky’s Richie Porte received a 2-minute time penalty after Simon Clarke from Orica-GreenEdge gave him his front wheel. The UCI ruled that Clarke offered Porte “non-regulation assistance to a rider of another team.” The penalty damaged Porte’s hopes of a podium finish. 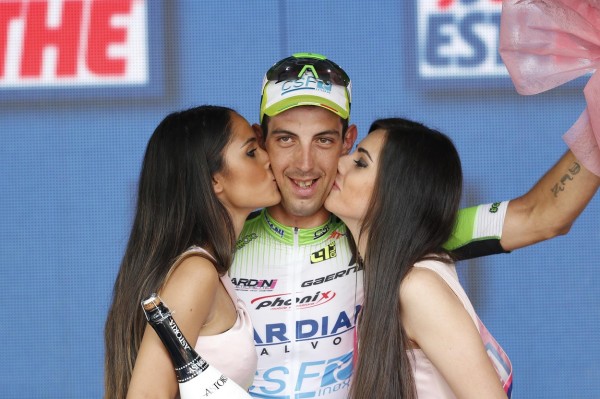 Katusha’s Ilnur Zakarin made a brake on a climb of the Imola race track. The rain added drama to the spectacle, and Zakarin’s heroic efforts were rewarded with an impressive 53 second victory, but the GC remained unchanged – Team Sky’s Richie Porte failed to make an impact.

Lampre-Merida’s Modolo sprinted to victory as 20 riders crashed with 3.2 km to go. Just 200 m closer to the finish and the GC would have been unaffected. Aru avoided the crash, gaining significantly on Contador, who handed him the pink jersey.

Contador finished third to regain the race lead, but it was Team Sky’s Belarusian, Vasil Kiryienka, who won the stage. His team mate Porte dropped out of the Giro to focus on the Tour De France, blaming knee and hip pain from the crash in Stage 13. 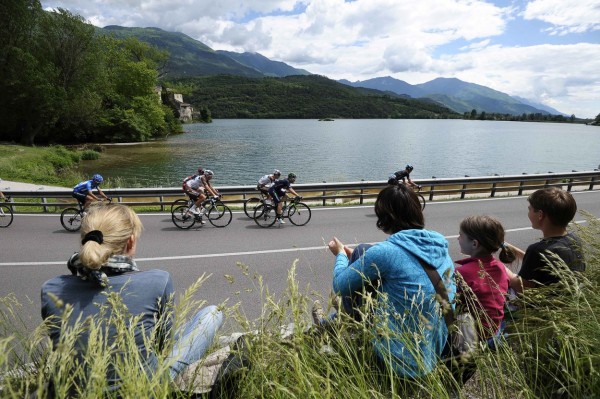 Mikel Landa kept up the effort and won his second Grand Tour stage – a second successive mountain stage. Landa also took second place from his Astana teammate, attacking on the climbs as Aru appeared to suffer. Contador’s tyre punctured on a descent and Astana attacked. Contador didn’t panic and paced himself slowly back into the race. 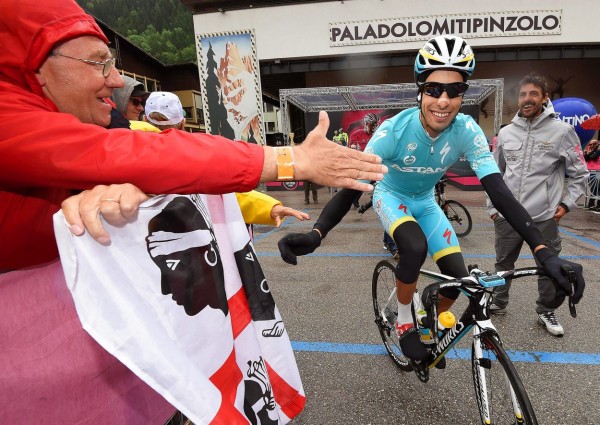 No one was expecting much of what was generally considered a transitional stage – but the undulating stage created an exciting and unpredictable lead out for the sprint teams. Sacha Modolo of team Lampre won the sprint finish, ahead of Trek’s Nizzolo and Giant-Alpecin’s Mezgec.

Astana had two riders stuck behind a crash, including Aru, but here was little sympathy for Astana following the events of Stage 16. This was a critical stage for Contador, and he attacked, finishing over a minute ahead of the main group of GC contenders.

Aru won, reclaiming second place from team mate Landa. Although Aru reduced the lead to 2m 2s before the final stage, Contador didn’t react to Aru’s break, as the race was all but won. 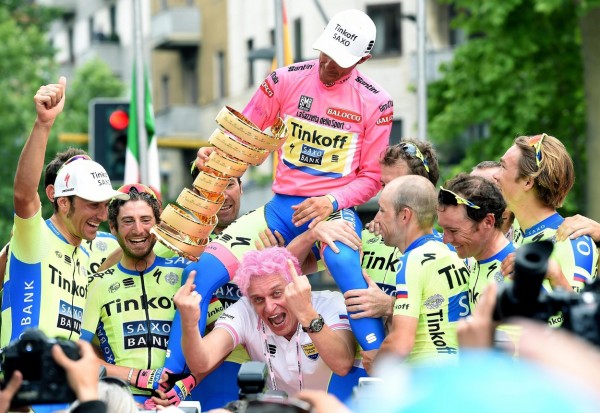 Iljo Keisse won the final stage, but Alberto Contador won his second Giro d’Italia. Contador will want to win Le Tour, but he’ll face stiff competition from Froome, Quintana, and Nibali – all of whom were absent from the Giro so that they could focus on the greatest stage race of all. The Tour De France 2015 has the potential to be one of the greatest Tours ever.

Primož Roglič Leads After Day One at La Vuelta

How Is ŠKODA Helping to Make La Vuelta Happen