Going for the best price – performance ratio is usually the smartest approach when buying a new bicycle. Yet imagine what you could buy with unlimited funds. Let’s go window shopping!

Only 13 of these 24-carat gold fat bikes were made. Each bike includes an emblem bottle set with 600 black diamonds and 500 golden sapphires. The saddle is upholstered in alligator skin. When you are thirsty you can take a gulp of electrolyte drink from the gold plated bottle. Best lock it properly when visiting friends. Chances are this golden fat bike will only be used for sailing the sand dunes by an Oil Sheikh visiting his wells.

Cruisers that are meant for daily commuting usually don’t belong in the luxury range of bikes. But an exemption exists. Look at this carbon-fiber cruiser with leather on every contact point. Hermes is probably one of the few bikes where the purses cost more than the bicycle itself! Yet please be patient if you have fallen in love with it right now. It has up to a six-year waiting list. 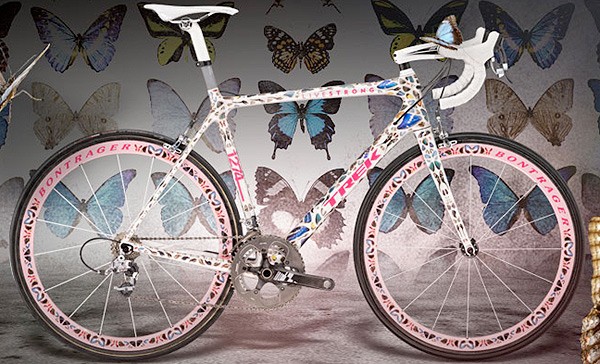 Famous artist Damien Hirst used real butterfly wings on the frame and the rims to create this unique design that Lance Armstrong rode in the 2009 Tour de France. This bike was auctioned by Sotheby’s for the Livestrong Foundation, with the winning bid at a half-million bucks. 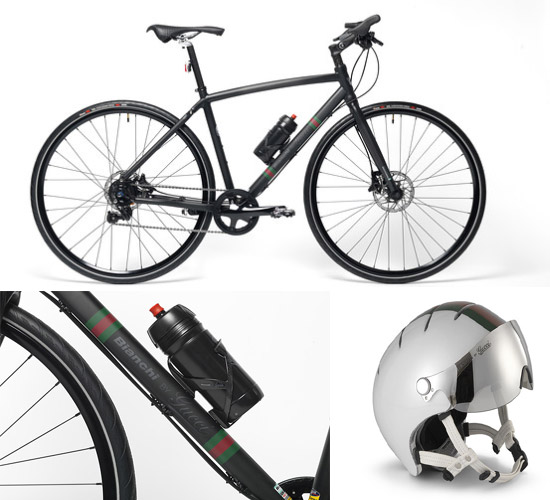 Gucci made a deal with the Italian bike manufacturer Bianchi to offer a bike and a line of cycling accessories. In addition to the carbon-fiber city bicycle, Gucci offers a helmet for $960, long-fingered gloves for $340 and a water bottle for just $115! Recommended to fill with champaign. 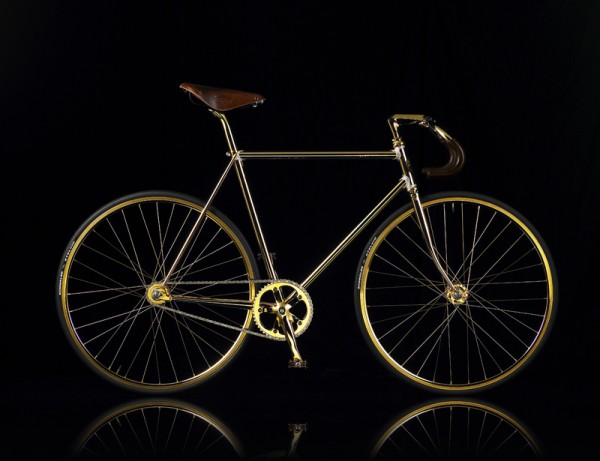 Hand built in Scandinavia, plated with 24-carat gold and hand-adorned with more then 600 Swarovski crystals; the ‘AURUMANIA Gold Bike Crystal Edition’ costs €80,000 (roughly US $103,700). Understandably it’s said to be ‘the most expensive bike in the world’, and with only ten in existence, it’s a real collectors items. Originally released in 2008, AURUMANIA are still taking orders from their website, so if you have a few spare coins lying around you know what you can do with it. 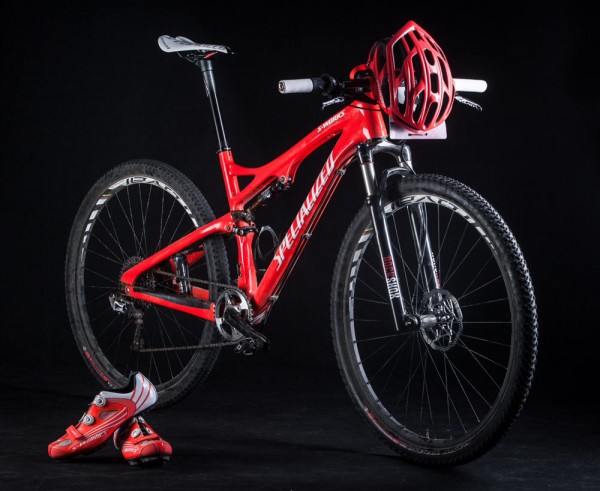 The first mountain bike with 29-inch wheels to win a World Cup event, the Epic Carbon makes a serious case for big wheels. Oh and awesome components. Like Shimano’s top-of-the-line XTR trail set and high-tech shocks with AUTOSAG (read as automatically adjusts suspension to suit the terrain). In many review it was tagged as “the best bike ever ridden,” which may help to justify the price tag.