Are fixies art or crime?

An expression of artistic feelings, a simply designed product or just a brilliant and functional technical mechanism? ‘Fixies’ are kind […]

An expression of artistic feelings, a simply designed product or just a brilliant and functional technical mechanism? ‘Fixies’ are kind of both. Let’s close our journey through the world of fixed-gear enthusiasts with a deliberation.

Fixed-gear as a work tool 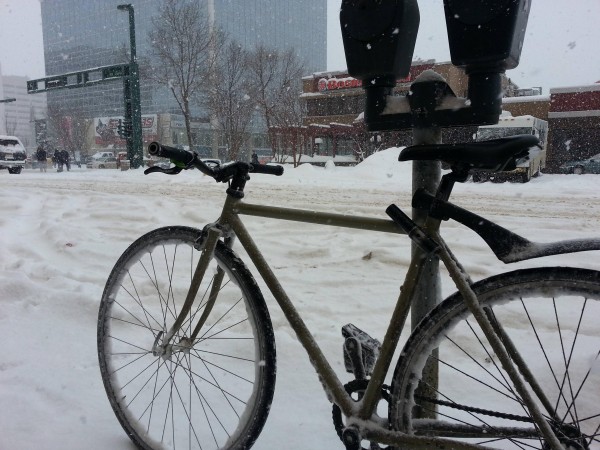 For some people the fixed gear bicycle was a subject of daily use – highly reliable means of transport which worked perfectly in all conditions, even in the tough Canadian winters with heavy snowfall.

As you probably noticed there is another group fixed gear bikes worshippers. In the media they’re often labeled as ‘hipsters’. The real messengers use the term ‘fakengers’ – pretending to look like a messenger because they think it is cool. 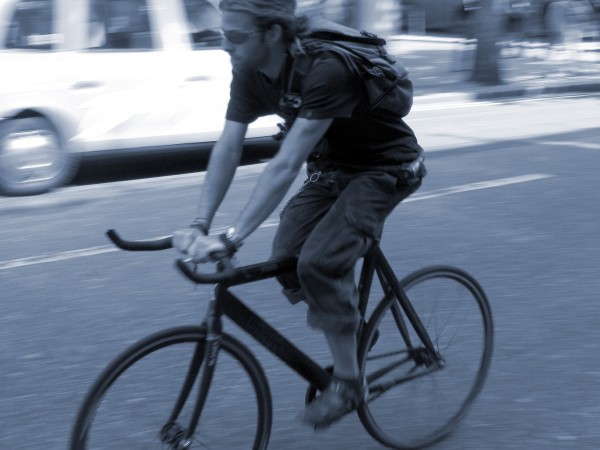 Personally we never used the term hipster because what is wrong with people loving fashion, trends and gadgets? Who are we to judge an individuals choice and style and especially what their bicycle of choice is? Nobody should care if their owners ride occasionally just from one coffeehouse to the next. Or if they use fixed gear bikes in a professional way. Other people simply just admire the clean lines and aesthetics of a fixed gear bike. 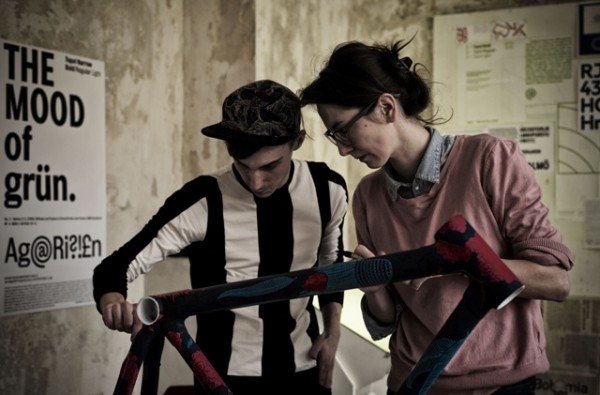 By customising fixed gear bikes a serious amount of money is being spent. However buyer beware for first timers. After a few rides struggling your way up a hill and then very quickly learning how to stop! As you make your way down the hill. It’ll only be a matter of time before you may consider changing back from ‘no gears’ and ‘no brakes’ to something a little more practical.

Some people find fixies a perfect canvas for their artistic statements. Fixed gear bikes in their purity are simply beautiful. Add the vision, talent and design to create real masterpieces which could be displayed in any gallery worldwide. An example of this is the recent carbon Festka Urban Zero fixie bikes featuring Tomski & Polanski design.

Lukas Tomek and Ilona Polanska are two young artists whose work is hidden behind Tomski & Polanski label. From books and newspaper illustrations to Hollywood characters their illustrations are a fusion of imagination and perception.

Most recently their work can be found on the Wes Anderson film Grand Budapest Hotel. Both Lukas and Ilona are road cyclists and riding is their source of inspiration. It’s the main reason why they accepted the offer to design the frame finish of the hi-end hand built bike. How do you like it?

And finally there are probably people who will be never happy with the fixie scene, like the police in the German capital of Berlin. For them fixed gear bikes will probably stay ”verboten” (forbidden). Unless you fit that front brake.

Watch In the Fix documentary

How the Clean the Bike in a Shower: Step by Step