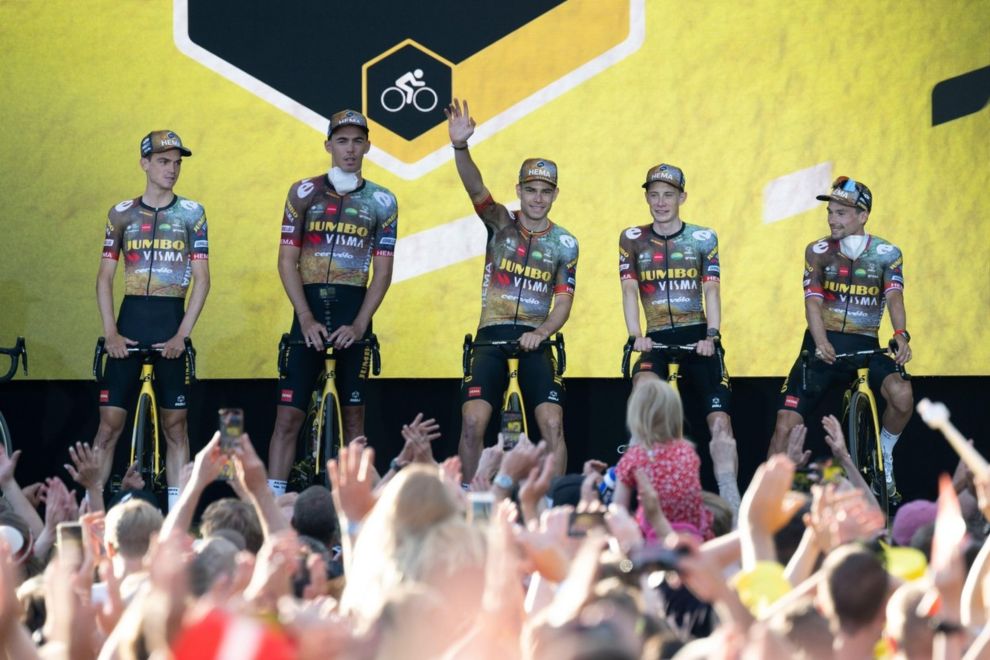 Jumbo Visma has been a powerhouse team at the Tour de France in the past years and they have an amazing line-up of riders for 2022 as well. What’s behind their success? There is a good argument that nutrition is the key to their success. Let’s take a look at what they do differently.

In the 2020 Tour de France, Jumbo-Visma only lost the yellow jersey to Tadej Pogačar on the second last day and placed 2nd in team qualification. The team won 3 stages and spent countless hours leading the peloton through France. In 2021, Jonas Vingegaard took 2nd place in the general classification, Jumbo-Visma won 3 stages again and placed 3rd among teams. And they are on the shortlist of teams contending for the general classification victory in 2022. Results like this simply aren’t possible nowadays without an excellent nutrition strategy and execution.

Back in France for stage 4️⃣! pic.twitter.com/IbRKyxZSK2

Being ahead of the nutrition game

Asker Jeukendrup, head of nutrition at Jumbo-Visma who has been with the team since 2017, said the team made huge investments in nutrition. In interviews with Dutch and Belgian newspapers, he discussed why nutrition is so important and how Jumbo Visma dealt with it so successfully.

“Like every other team, we wanted to be ahead of the game with nutrition, making sure that riders eat as well as they can every day. Every day’s goals are different, and every day, the nutrition needs are different and whatever goes on a plate of a rider needs to be adjusted to that. Riders generally do this by feeling and this works most of the time. We have been able to quantify for many years the exact workload and intensities of every ride for each rider.”

There are many teams at the Tour that are trying to give advice on an individual basis. Why is Jumbo-Visma different? He argued that it’s because several things need to be in place for this whole idea to work successfully. Here is what Jumbo-Visma focused on to make their nutrition strategy work.

Not too long ago, nutritionists like Asker Jeukendrup would have to create spreadsheets for each rider to calculate their optimal intake and convert it into meals. This would be very time-consuming and likely done only for a few key riders on the team. Jumbo-Visma invested in developing their own Jumbo Foodcoach app to scale things up. They used machine learning to improve how the app calculates predicted calorie intakes. We will dive deeper into this in the next article of the series.

Staff plays a huge role in the Tour de France racing success. Jumbo-Visma has key people travelling with the team, making sure the right nutrition gets in the hands and mouths of the riders – a performance nutritionist and several chefs are always present. The team is investing in developing their chefs to become performance chefs and dietitians too.

Supplementation is a necessary part of high-level cycling and Jumbo-Visma stays right on the cutting edge of it. For example, the team was public about their use of exogenous ketones in the Tour de France in the past years. We will take a closer look at what exactly they are doing in the following article.

Not every part of the nutritional strategy is as eye-catching as ketones or machine learning but that doesn’t make it less important. Good fundamentals, such as the food being tasty and enjoyable to eat, are crucial. Jumbo-Visma works hard not to lose sight of this aspect of nutrition as well.

There is no nutritional strategy without planning and execution. The whole team is involved in planning and preparation long before the Tour. This is not just about spreadsheets and apps but also about the logistics of obtaining, preparing, and delivering the food. And the race-day nutrition itself is where everything else comes together and needs to be executed perfectly.

Next up in Jumbo-Visma Nutrition at the Tour series 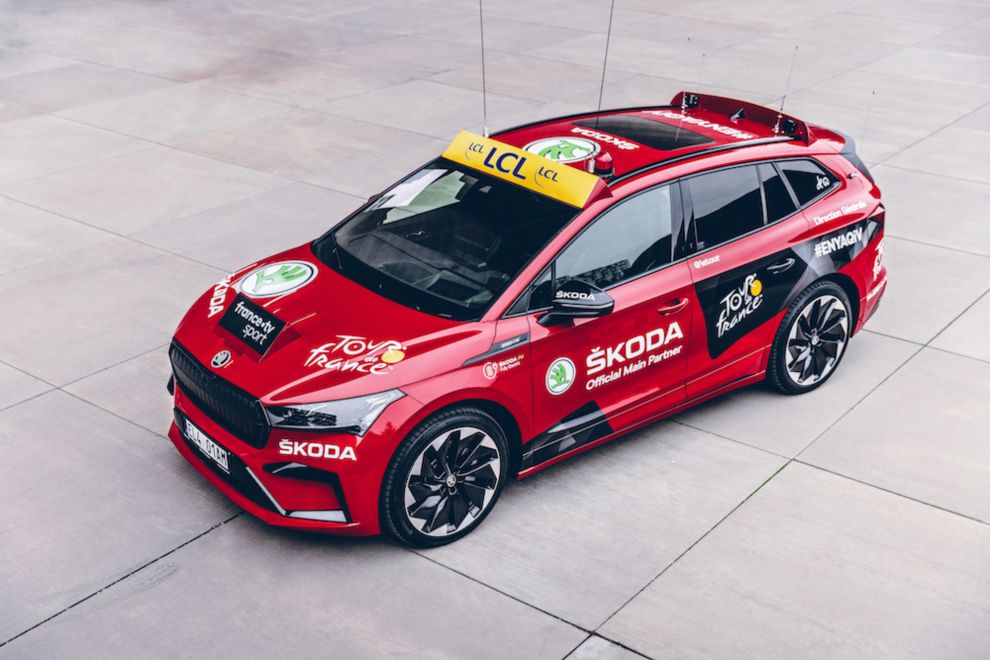 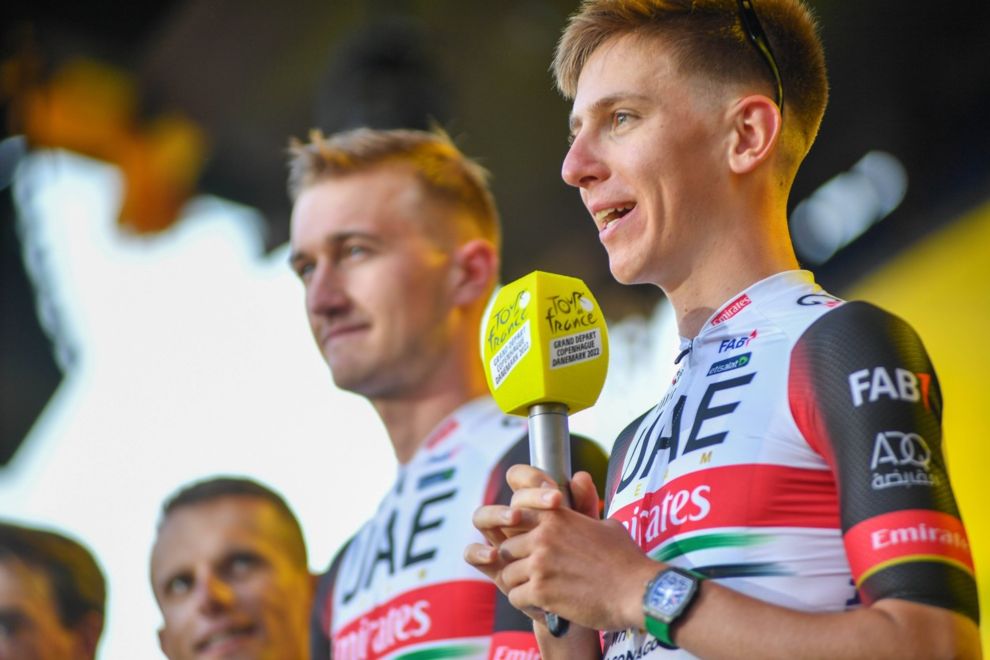 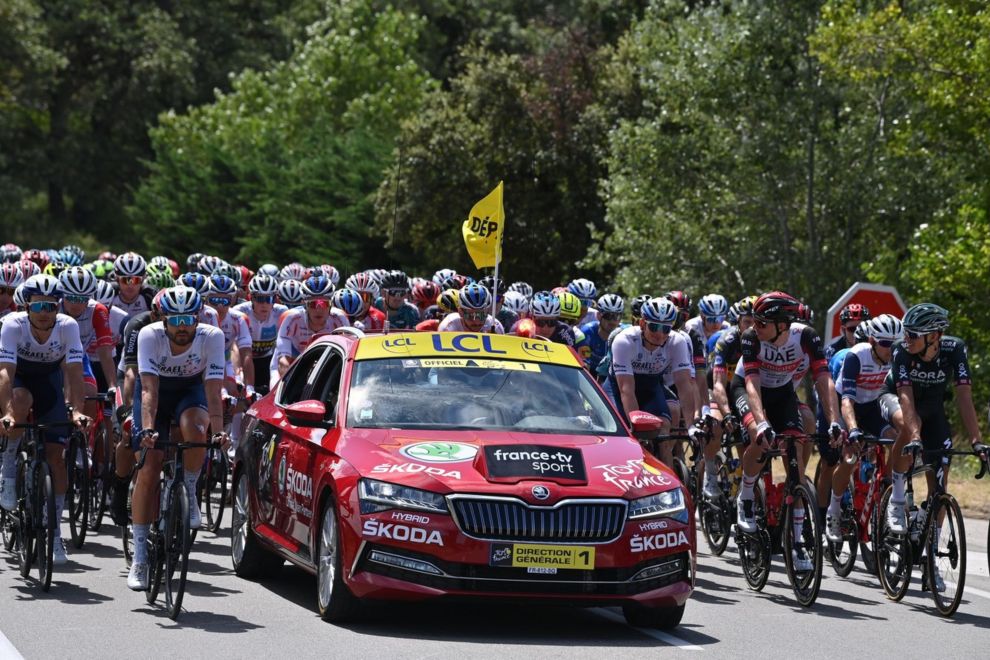