They have notched up multiple world championship wins in cyclocross and mountain biking. They have both won Tour De France stages and big classics including the Tour of Flanders and Strade Bianche. It feels like Mathieu van der Poel and Wout van Aert can’t be stopped. But is there a new van der Poel or van Aert on the horizon to take cycling by storm?

This article will not compare the two, comment sections on social media have done that enough. Instead, it will ask whether anyone could join them – or even beat them. For this list, a set of requirements has been put together. Each rider must be a success across more than one cycling discipline, either cross or MTB, alongside a burgeoning road career. 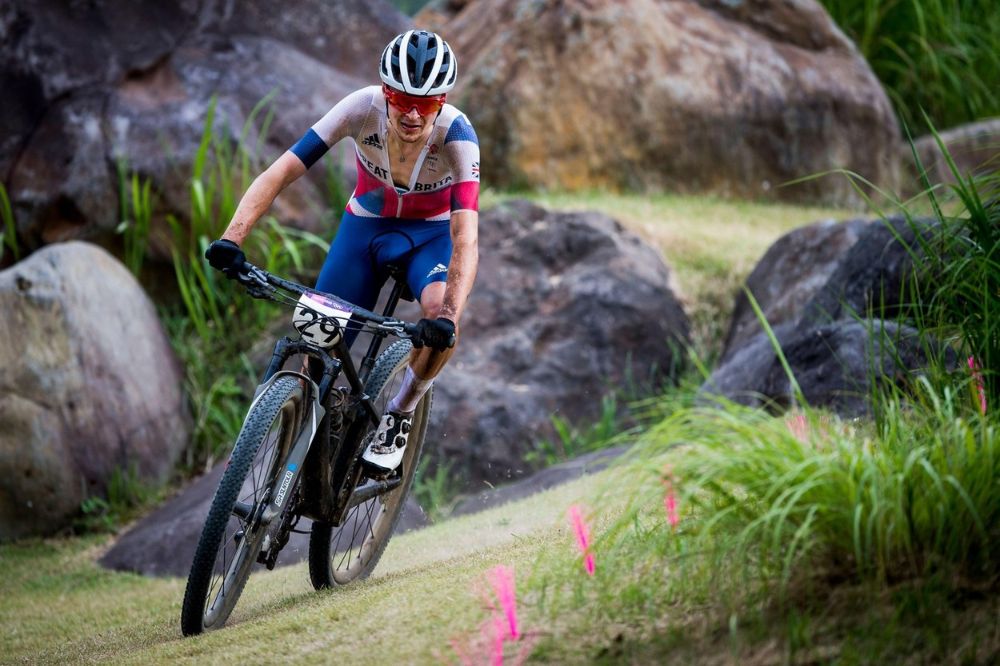 We start with the most likely and the most obvious to break the duopoly. If you didn’t know Tom Pidcock’s name before the 2021 season, you definitely do now. Already a prominent figure on the cross scene with both Junior and Under-23 world championships under his belt, the 21-year-old is already battling the aforementioned duo across multiple disciplines.

On the road, he beat Wout van Aert to take home Brabantse Pijl in April before losing to the Belgian by the narrowest of narrow margins at Amstel Gold Race four days later. The Ineos Grenadiers rider has been a constant nuisance for both van der Poel and van Aert for a couple of years and like those two, he seems to have endless potential, showing his abilities while getting from a broken collarbone to winning the MTB Olympic gold in just four weeks.

What a day. Insane. No words. Olympic champion #mtb pic.twitter.com/GAqKG0n1C6

It seems only a matter of time before the young Brit will make this a three-way battle for all-round supremacy.

The one question mark left on his already stacked palmares is how he will fare in the grand tours, a place where his two biggest rivals have already proven themselves. We won’t have to wait too much longer to find out, though – since returning from Tokyo, he has not stopped training hard to take on La Vuelta a España at the end of August with his Grenadiers team. Expect him to play a team role for Egan Bernal before getting his own opportunities if the Colombian challenge for the red jersey falters.

Next up is another Brit with endless talent and some road results that have made the peloton sit up and take notice. His career path follows closely that of Pidcock but two years his junior, he is still lacking that one huge road result to catapult him to the next level. A former two-time junior world champion in cyclocross, Tulett was picked up by Alpecin-Fenix in 2020 after impressive results on the road with a national junior road race title and fourth place at the Gent-Wevelgem Juniors.

But 2021 has seen him step up a gear. Not only has he supported Mathieu van der Poel to stage wins at the Tour de Suisse but he has also shown his prestige on punchy uphill finishes, taking home a very credible 12th place at La Fleche Wallonne (Pidcock finished sixth that day) and 17th place at the Amstel Gold Race. At just 19, he is already mixing it up with the big boys at some of the world’s biggest races.

With the cross season just around the corner, it will be interesting to see whether his team will manage his workload throughout the winter or give him the freedom to test himself at the top level. In any case, at the time of writing, up next for the young rider is the Tour de Pologne and the Deutschland Tour – where he will be tested at stage races that should suit him.

His team remain tight-lipped about his end-of-season schedule but with the Italian autumn classics mentioned, he looks set to gain some great experience as the 2021 season draws to a close. 2022 is set to be a big year for the young Brit where he could be pushing for some historic results on those tough uphill finishes at Fleche or Liege-Bastogne-Liege.

Quinten Hermans is the oldest rider on this list at the ripe old age of 26 but don’t count him out just yet. Ever consistent in cyclocross, the Belgian rider has been playing second fiddle to van Aert and van der Poel for most of his career but with both likely not riding as much cross as usual this season due to their ever-increasing workloads on the road, this could be the winter of Hermans.

He already has a history too. With three top 10s in the Cyclocross World Championships at the elite level and an incredibly consistent form throughout each winter since 2017, he is someone ready to take advantage if the top stars sit it out this year. Not only that but his road career is on the rise. He was a big animator of the race in his first grand tour at this year’s Giro D’Italia, finishing fifth on stage 15 – the day most remembered for Victor Campenaerts taking the victory.

We have got a feeling that if Hermans is going to realize his potential, it will have to be soon. Watch out for the Intermarche-Wanty-Gobert-Materiaux rider this winter and at the classics next year.

A rider yet to make a huge impression on the road, Pim Ronhaar is certainly starting to make a name for himself off it. After good results as a junior including the overall win in the Junior Cyclocross World Cup, it was last year when the 20-year-old started showing signs of promise.

In the Under-23 level, he won the Dutch Mountain Bike title as well as the rainbow jersey at the U23 Cyclocross World Championships, beating another hot prospect, Ryan Kamp, in the process. At just 20, he could just stay within the age categories for a little while but this looks like the first year where we will see the Baloise Lions star take on the big guns when they hit the mud come autumn. He is already starting to do that on the road, testing himself at the Tour De Wallonie – won by American Quinn Simmons – and the Baloise Belgium Tour in 2021.

Time will tell whether Pim’s early potential can see him reach the pinnacle of the sport but he has made a good start.

Probably the most left-field choice on this list but another rider with a bright future ahead. Ukrainian Andrii Ponomar is just 18 years of age but that didn’t stop Gianni Savio from getting him started at the Giro D’Italia back in May. He didn’t shy away from the spotlight either, getting in the breakaway twice, most notably 18 days into the race on the road to Stradella, showing he already has the legs at a young age to compete with the battle-hardened World Tour cyclists. He also finished in respectable 67th place – not bad for the youngest finisher of the Giro since 1928.

Since then, he won the national road race by more than five minutes over 227 km (very van der Poel) in what could be the first of many national titles for the teenager, also showing he can do it on those long one-day courses too.

And with Androni Giocattoli-Sidermec known for picking potential world-class talent – Egan Bernal springs to mind – it’s no wonder Ponomar is already being touted as a future star. He may not tick the multi-disciplined box just yet but come on, he’s only 18. Who knows, he might flourish at cyclocross later in life.

Realistically, it’s going to be tough for any of these riders to emulate the incredible success and domination of van der Poel and van Aert have had since they started battling each other as juniors nearly 200 races ago. But if anyone is going to do it and tackle them across the different formats, it could be one of these five. And if not, well, at least it will provide some spectacular racing for years to come. A Women’s Tour de France Is Coming Next Year! What Does This Mean to the Cycling Community?