Cycling is for All Bodies

It’s easy to believe that there is a certain body type – even an ideal body type –for activities such as cycling, and it centers on a bias that proves to be false; a bias that has become more prevalent over the past few decades.

According to a study from 2012, “Weight bias translates into inequities in employment settings, health-care facilities, and educational institutions, often due to widespread negative stereotypes that overweight and obese persons are lazy, unmotivated, lacking in self-discipline, less competent, noncompliant, and sloppy.” (They could have added “unathletic”.)

Anyone subject to this bias should watch Shimano’s film All Bodies on Bikes. It will be a revelation. In it self-proclaimed fat cyclists Kailey Kornhauser and Marley Blonsky go on their first bike-packing trip together from the American city of Corvallis, Oregon, to the Pacific coast. And they did great.

The film has already made an impression on many people. Since it was posted on YouTube, it has received nearly 210,000 views, and both Kailey and Marley have been swamped with positive reactions.

One comment was: ”As a fat cyclist, Kailey and Marley hit the nail on the head. It’s so refreshing to see someone who looks like me and who also loves themselves and cycling. There’s so much joy on a bike. More of this!”

Kornhauser told in an interview, “When you put something like this out there and share such vulnerable things, you wonder how it’s going to be received.” She first came to prominence in 2019, when she appeared on the front cover of Bicycling magazine following her 1,000-mile trek across Alaska.

Blonsky has long been a supporter of Fat Activism, a political movement advocating for the rights and dignity of fat people. She said she received a message from someone saying they had quit cycling because they felt too fat.

We've all been on that group ride that sucks. Make your next group ride suck less with these 5 tips to be more inclusive. https://t.co/9fQYXTrRkp

“They got a flat tire and thought that they’d caused it. They said seeing me post on Instagram about fixing flat tires and this being a normal part of cycling life, gave them the reassurance that they needed.”

Both women said they had received many similar messages from people who were relieved to see themselves be represented at last and others who were inspired by the film to get back in the saddle.

Surprisingly, the film has been an inspiration not only to overweight women.

“We’ve gotten lots of messages from skinny white men, thanking us for putting out another image of what a cyclist looks like,” Blonsky said. “That really made me feel good, because I think there are a lot of people out there who fit the image of a ‘cyclist’ and they want to make the sport more inclusive, but they don’t know how to because of the body they’re in.”

According to Kornhauser, they have heard the same message from people in the racing community. “Marley and I don’t come from that background, so to hear that they relate to our struggles with body size, food and biking, it’s really powerful,” she said.

The 13-minute film isn’t a whitewash of cycling; it shows that fat people are just as human as the not-so-fat and the skinny, for it opens with Kornhauser taking a nosedive on a tough trail.

The rest of the 60-mile trip to the coast just shows the two women having a wonderful time on their bikes – and then jumping into the Pacific with friends and the film crew. It’s nothing special – and yet it’s extraordinary, because it exposes an essential void in cycling, and the ignorance of bike lovers like me, where no one was even thinking about why so few fat people ride bikes.

As Blonsky put it: “This is just our life. We ride bikes, we have fun, and we’re fat.”

How to Get Back to Training After COVID-19 Lockdowns 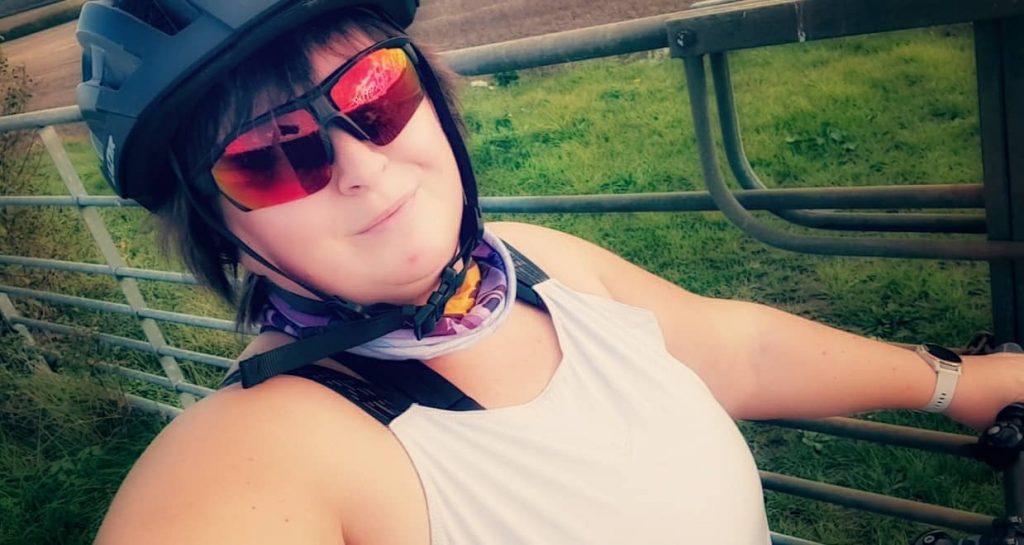