Another Monday is here and our news from the world of cycling with it. So, what did you miss? The […]

Update: The Alpecin-Fenix team including Mathieu van der Poel have decided to withdraw from the UAE Tour, as one of the team members has unfortunately contracted coronavirus.

Mathieu van der Poel didn’t need to readjust to the tarmac for very long. Having won the Cyclocross World Championships for the third year in a row recently, he added another win at the first stage of the UAE Tour. He emerged victorious from a reduced bunch sprint after a tough day full of crosswinds. 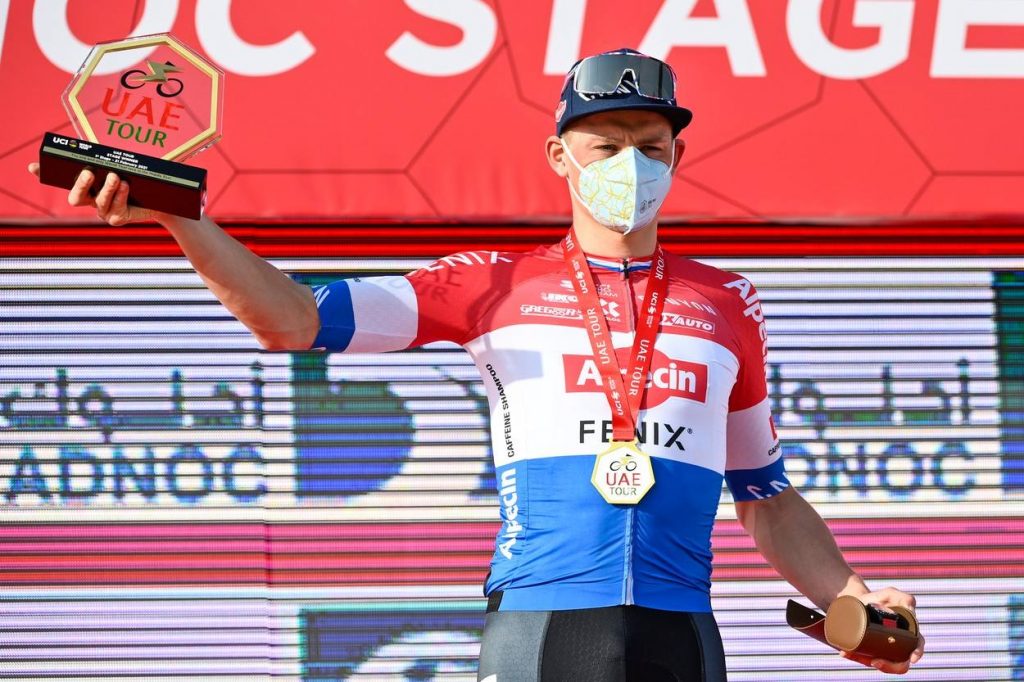 “There was a lot of wind from the beginning and I was immediately in the first echelon,” Van der Poel explained. “I felt good but with the headwind, we regrouped with the bunch and then, after the intermediate sprint, it split again and I was just able to catch the first group and it was a really hard race until the finish.”

“I didn’t really expect this. I took some rest [after the Worlds victory] and then I trained for a week with the team and then I came here. I think this is a cyclocross shape in the desert.”

The moment you realize it better how long Alejandro Valverde has been in business. He rode several years (2002-2006) with Erik Dekker in same peloton and from Sunday he'll race against Erik's son, David, for first time at UAE Tour. #UAETour

When it’s hard to remember the new rules 😂… pic.twitter.com/fdK6hgB3Zo

Well, they could eat it

Bosch: “We Expect Every Second New Bike in Europe to Have the Motor in 2026 ”

Cycling Clothes Materials Under the Spotlight