The #Ride2Unite crew keeps its wows to offer valuable cycling-related virtual experiences to our readers! The broadcast studio enjoyed its mobile premiere on four wheels in no other vehicle than the velvet-red jewel of the 2020 Tour de France – the first all-electric leading car, Škoda ENYAQ iV. Our guest is one of the few men with the clearance to drive it – Mr Christian Philipp and our host, Keira McVitty, chatted him up from the passenger seat.

Christian’s life has been bound with cars and the automotive industry in general for over two decades. As a former professional motorsport racer, he enjoyed 10 years behind the wheel, which made him, among other experiences, perfectly suited for today’s role of Head of Global Experience Marketing for Škoda. When asked whether he’s still excited about his 9-year-long involvement with the brand, he simply states: “Can’t be better. It’s one of the best feelings to be on the Tour.” Further commenting on the company’s known history, one that started in 1895 with a bicycle workshop, he sheds light on its connection to the Tour: “[Škoda] was actually born on bikes. So the Tour de France fits perfectly to our brand.” 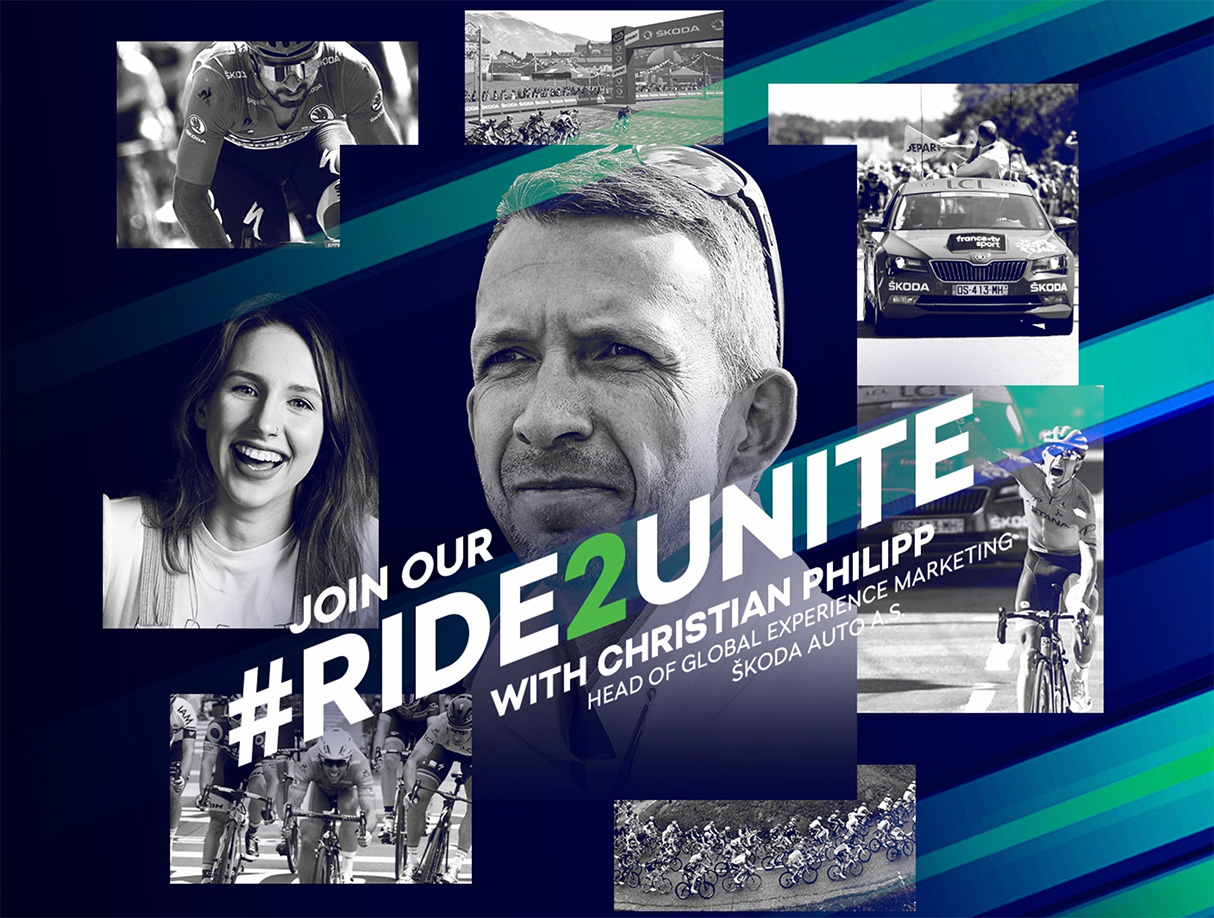 These days, one of his main focus goals is developing the Sport sponsoring strategy for Škoda worldwide, which covers multiple world-famous cycling events. Besides large-scale races, Christian also coordinates the brand’s activities for the general public and amateurs who enjoy spending time on a bike. Still, it seems, even with innumerable events on his plate, it’s the Tour de France that has captivated his heart and professional interest: “The Tour, I have to say, is attracting me the most because that’s the only one sports event I know, actually, where the people are so close to the sport and the action. Even this year, people have been alongside the roads, carefully wearing masks and keeping distance. That’s already something very special, you don’t have that in other sports, you’re going to be really close to the cyclists.”

In a very colourful play with words, Mr Christian Philipp described the greatest challenge of this year’s Tour postponed dates: changing all the logistics, hotel and venue bookings and so much more. According to him, this huge bulk of responsibilities which had to be moved three months ahead were “actually the beauty of the beast. But, unfortunately as well, it makes a beast.”

In his free time, Christian enjoys the obvious triad: cycling, motorsport, and travelling. One could say that his career life doesn’t differ much. Play the video for Christian’s thoughts on the Tour’s homely atmosphere and its significance for the French, the importance of large sports events’ marketing done right, the vital role of accompanying vehicles at the Tour, most memorable moments of the Tour, the historic (and at the same time futuristic) moment of the very-first electrified leading car of the Tour and what makes this particular model unique and more.