Do you remember? Some things have been destined to stay popular for decades, however, not everyone and everything is as […]

Do you remember? Some things have been destined to stay popular for decades, however, not everyone and everything is as lucky as the characters from Friends. The features listed below originated mostly in the 90s and were the daydreams of the entire MTB generation back then but, with the flow of time, they either turned weird or proved to be part of evolution’s dead end. Which of them were your favourites?

Luridly splash-coloured frames showed how mad you dared to be as a rider. The early 90s in sports were mainly about craziness and mountain biking was no exemption. The most desired of all across the globe, a small company called Klein was building beautiful hand-made frames made of massive yet extremely lightweight aluminium tubes. The colour finish was nothing but magnificence worth craving. Today, more than 11 years after the company disbanded, the bikes are still sought after by vintage collectors, however, the ridiculous colour patterns are not followed by any of the current manufacturers.

Coming from a similar sentiment, plain black tyres were regarded too dull to be worn by bikes trying to escape mediocre production. Above all (and never forgotten) was the American Onza company, delivering fine bar ends, pink grips and Porcupine tires. Not only there was a lovely cartoon animal on the wall of each but the most eye catching was the colour of the rubber itself: the tires were offered in a creamy white hue. Greg Herbold, the winner of the first UCI World Championships, had a pair of those on his bike when he approached the finish gate. Nonetheless, coloured tires vanished altogether with grunge music and Game Boy consoles. 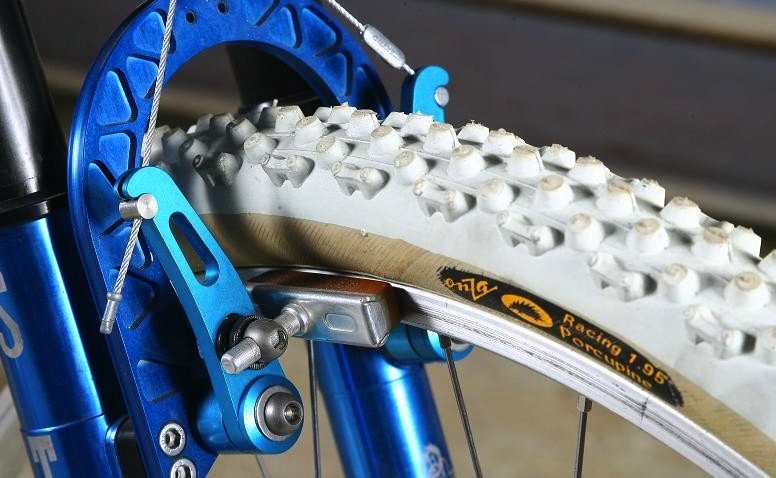 Even downhillers used to have them, which probably tells us more about the DH (downhill) tracks of that time than about the MTB industry. Everybody loved them and no factory-made handlebar was cool enough without being finished by a pair of additional bars. You can still encounter them as people are now sweating over them on indoor trainers at the gym. Apart from these stationary monsters, nobody uses these extra grips anymore. 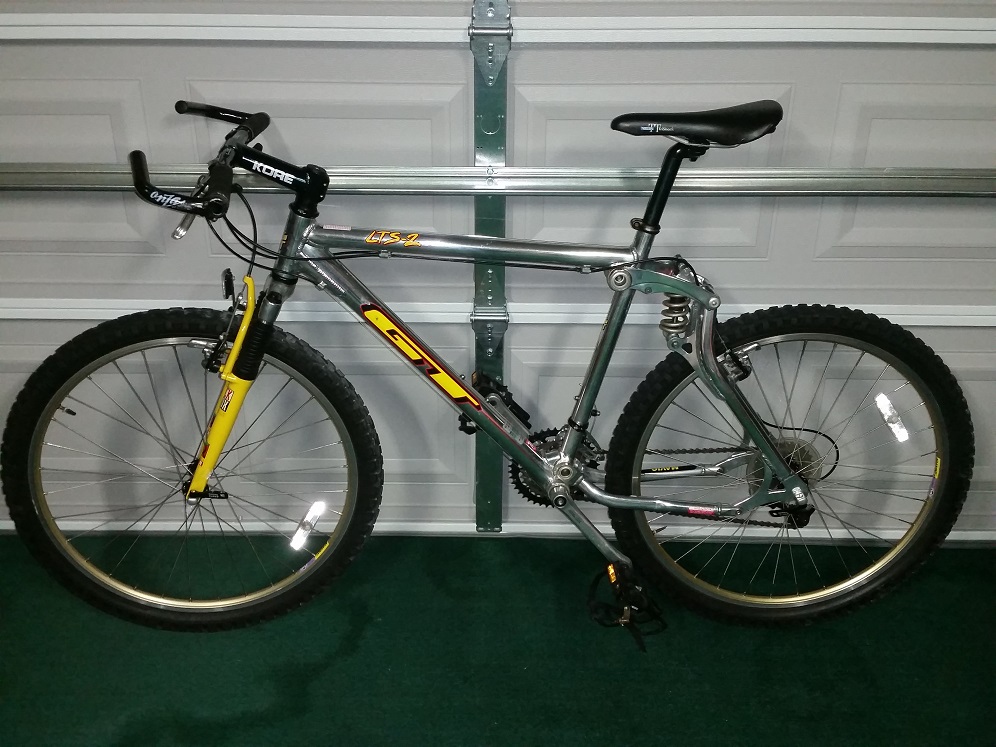 The more rings, the more gears. Mountain biking not only enabled people to turn from tarmac to off-road but also offered the possibility to climb steep hills. Apart from the wide tires with rough treads, the gears were the ones responsible for the magic. You could shift to the gear that brought you uphill with little effort yet the ride required constant shifting with both the front and the rear derailleur to achieve the best possible gear ratio for the desired speed. Lots of shifting caused the chain to come off more often than you would like or even an annoying “chainsuck” between the smallest chainring and the bottom bracket. Bringing as much torment as benefits, triple chainrings were eventually replaced by a single ring setup using a higher number of sprockets in the rear cassette, (almost) putting an end to chain drops. 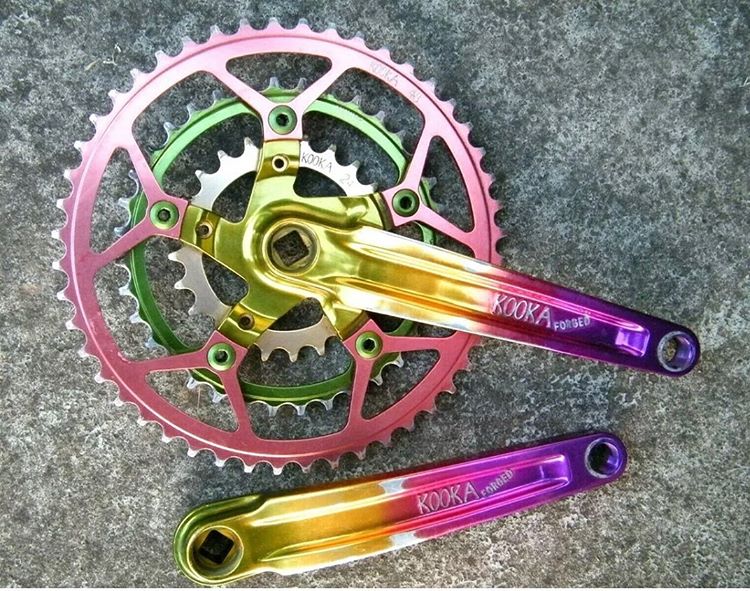 Possibly the immense popularity of the Ninja Turtles TV series in the 90s caused people to want to look like they were using katanas and nunchakus instead of downhill bikes. DH in the early stages was nothing but a coordinated attempt to commit suicide by darting down the mountain on a bicycle. To make it less painful, some people dressed as if they were about to fight an enemy knight on a tournament, which resulted in mass production of MTB full-body armours. Despite sufficient protection, the suits with plates all over the body were not only heavy but also uncomfortable and thus abandoned by the most some years later. These days, most riders wear just simple flexible knee pads and gloves. With enduro popularity growing, even the once-popular full-face helmets are disappearing and being swapped for lighter versions. 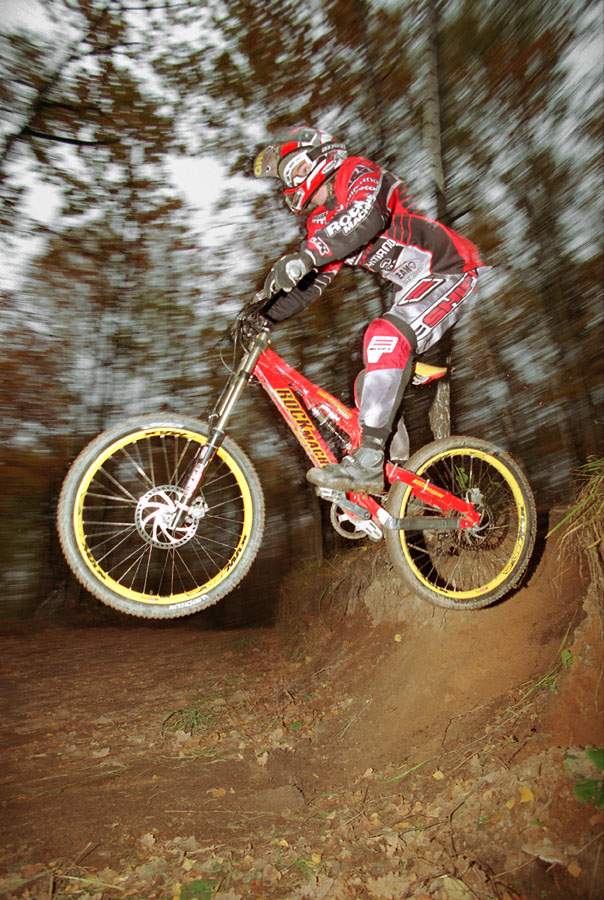 Everything prolonged looked cool back then. Not only were long stems trendy but also seat posts towering over the rest of the bike were the standard. Unfortunately, all of these remarkably worsened performance in technically demanding terrain. In steep contrast, modern stems tend to be as short as possible to ensure perfect balance and safe steering. 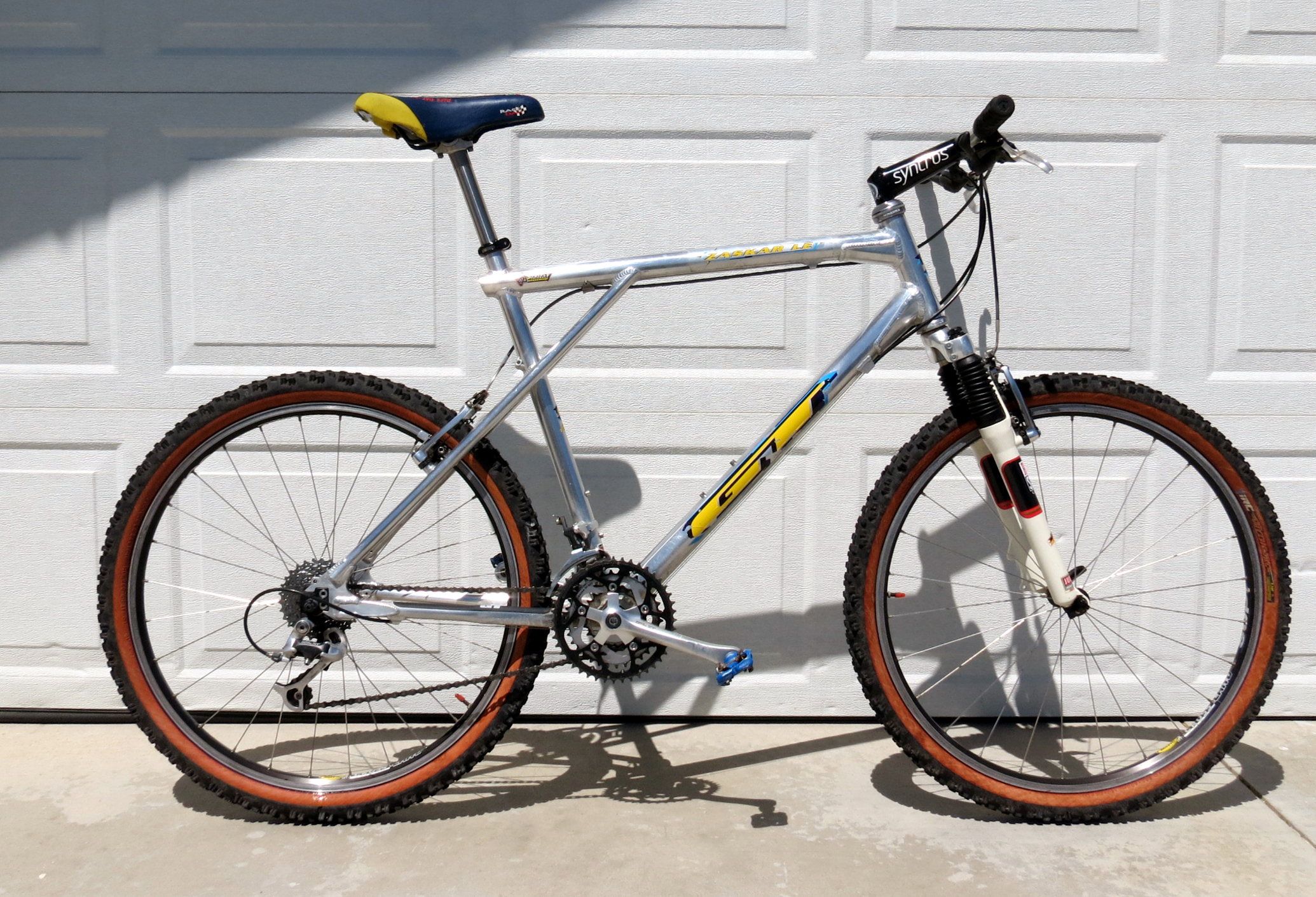 Each cantilever-brake user would tell you how poorly they worked when wet, no matter how strongly you pushed the levers. German-based company Magura came with an improved solution using hydraulics for higher performance and efficiency. It worked and looked cool mainly when decorated with the iconic yellow paint job, however, the system was condemned to sink into oblivion with the arrival of modern disc brakes. 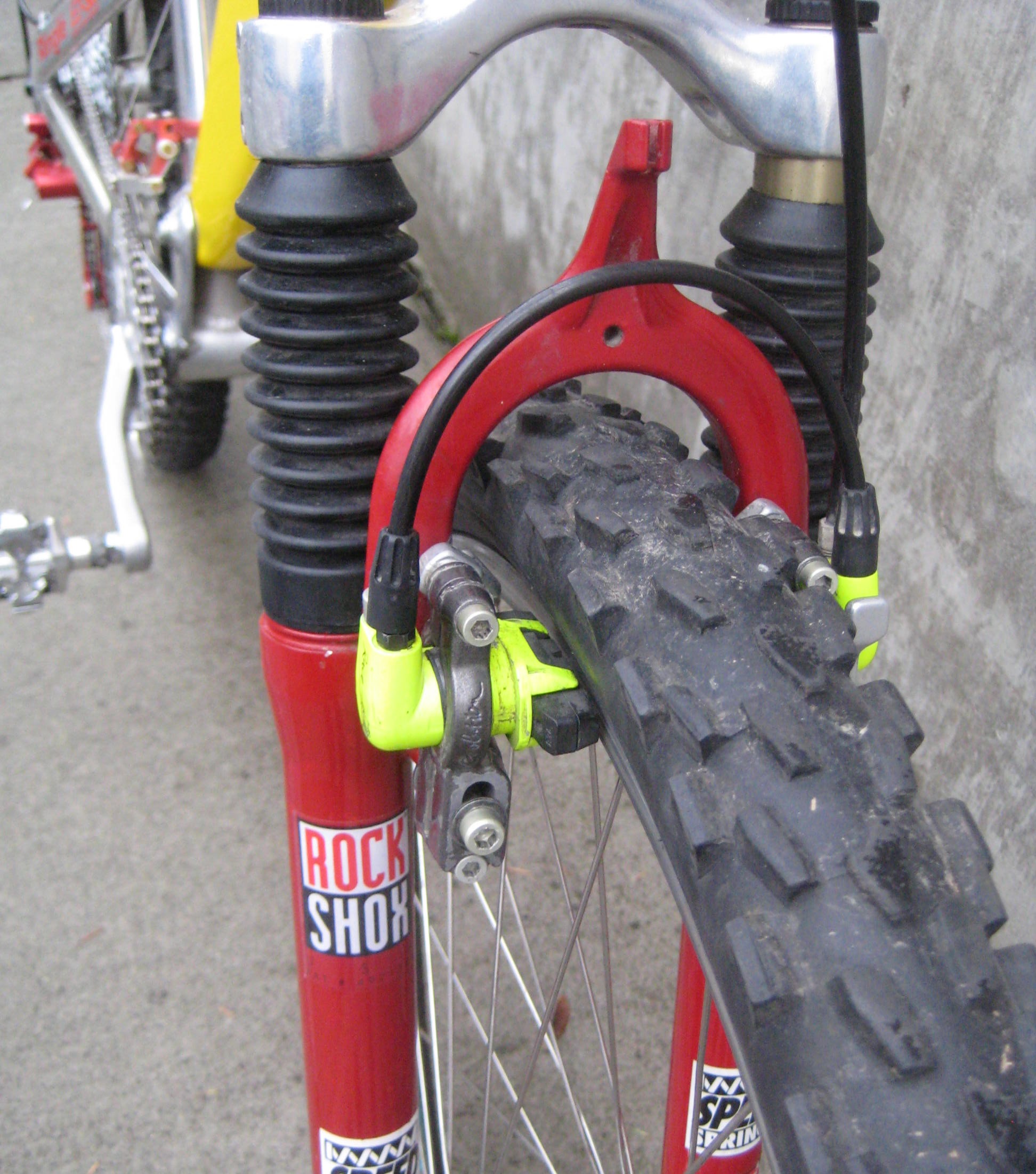 Tension disc wheels used by legends such as John Tomac, Ned Overend or Greg Herbold belonged among the most iconic sights of mountain biking in the early 90s. The carbon-fibre wheels contributed to more agile ride and better energy handling when exiting a turn. The fans would recall the ominous drumming-like sounds produced by hitting even the smallest piece of debris. The disc wheels have not been around MTB for decades but we still remember them as well as early Lego Technic toys. 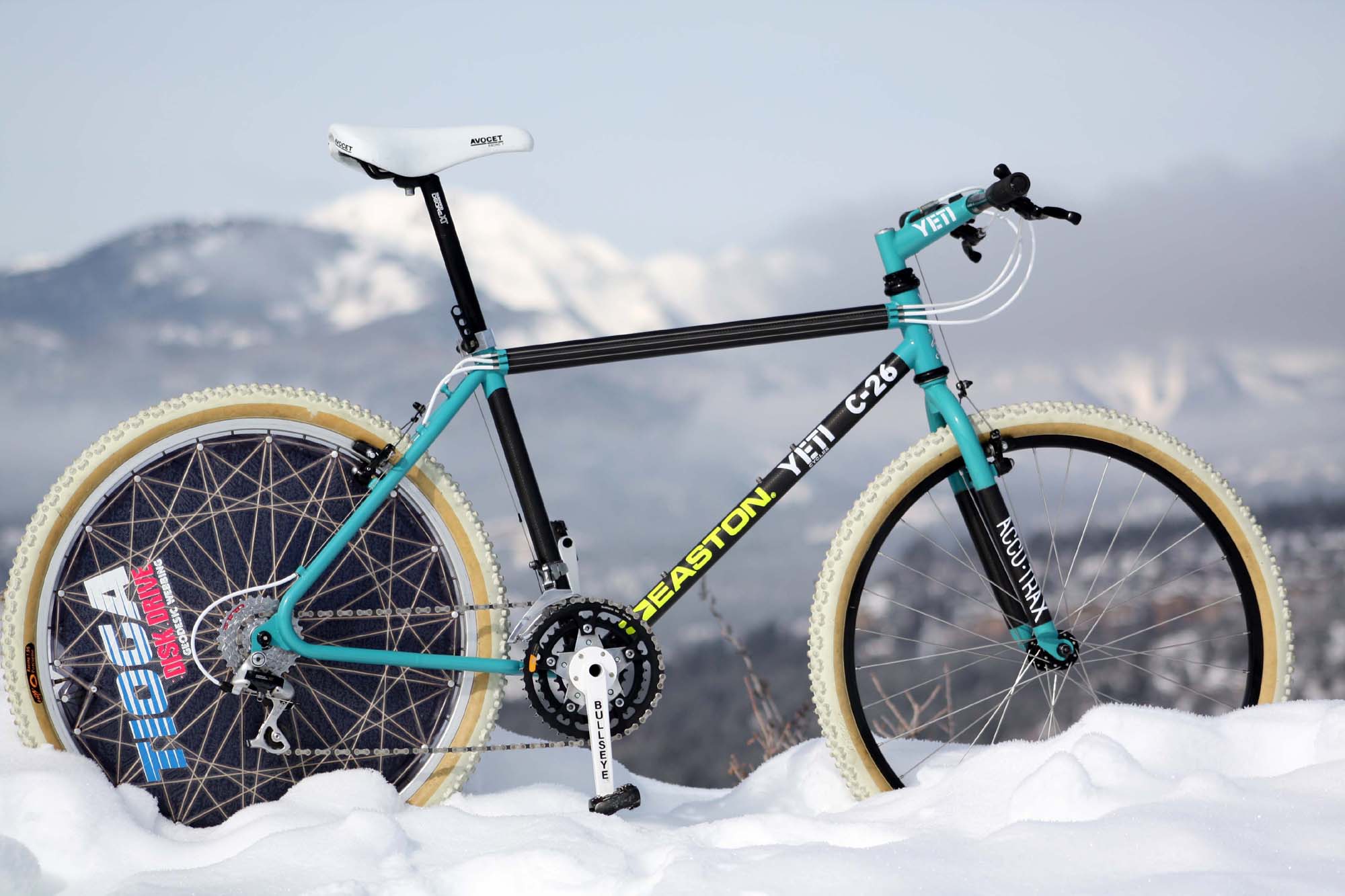 Clipless or platform pedals are the only two choices these days but it wasn’t always like that. Inspired by road cycling, even the sporty mountain bikes were fitted with the clips and straps for higher pedal efficiency. The connection of feet and pedals also helped to jump over obstacles, however, crashes with feet locked in clips were dangerous and painful, and the clips didn’t make you a better rider until you learned to execute a perfect bunny hop. 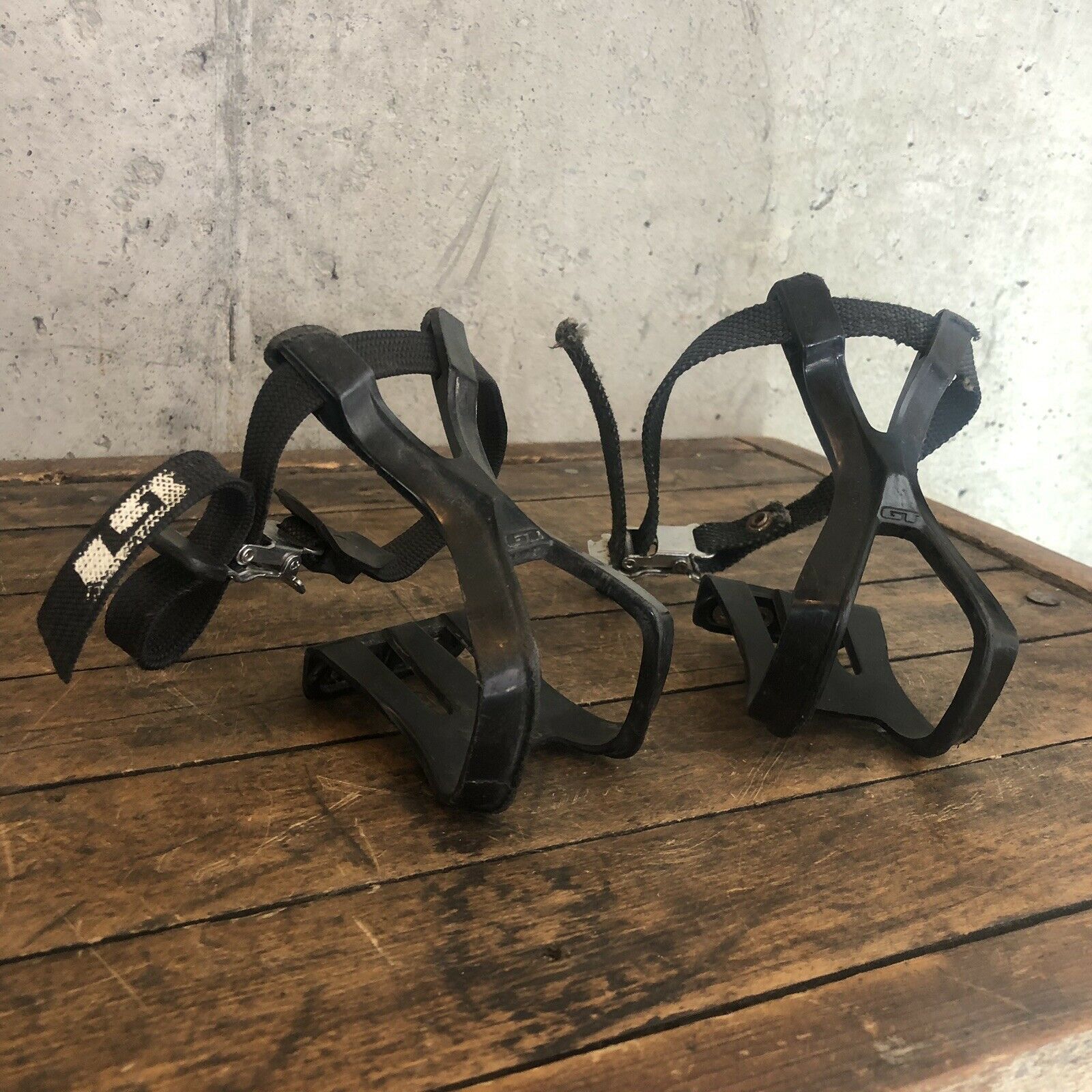 Bike engineers worked hard to reduce hits transferred from the ground to the rider’s fingers, palms, hands and arms. While suspension helped to control the bike more efficiently, the suspension stems caused the very opposite: certain suspensions created made riders feeling as if they were holding two bananas, each in one hand. No wonder these weird devices were soon surpassed by more expensive yet much more functional suspension forks. 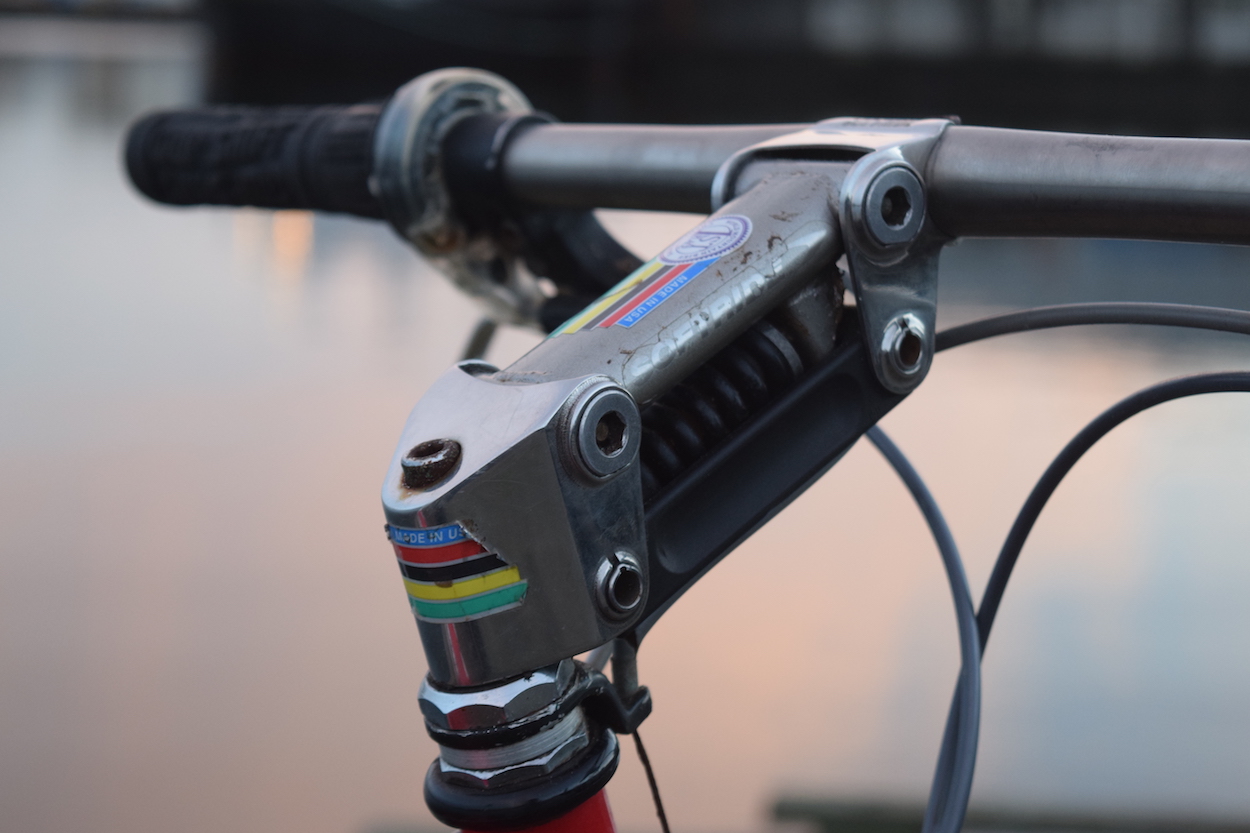 While coloured anodised parts were regarded as crown jewels to finish off a perfect design, today we see them as nothing more than trinkets. The after-market production of brightly coloured stems, bottle cages, seat post’s quick-releases or bolts is now something long forgotten – similar to chequered shirts and loose sweaters.

The size of the wheel made one of the greatest revolutions in cycling history. While road bikes were rolling on their thin wheels of 622 mm in diameter, the ‘clunkers’ using the historical heavy Schwinn bicycles for downhill racing set the 26” diameter as the MTB standard for the next thirty years. Gary Fisher, one of the MTB pioneers, was a keen advocate of larger wheels, however, it took years before the rest of the producers agreed on 29” as the norm. What we regarded as embarrassing some years ago looks cool now and vice versa: bikers riding 26” wheels seem as hilarious to us as adult people on kid’s bikes.

5 Improvements of Gravel Bikes for 2022