How the Colorado Classic is Providing TV Coverage of Women’s Cycling (at a Fraction of the Cost!)

As we look towards brighter days for cycling and our society as a whole, we’d like to highlight another wicked […]

As we look towards brighter days for cycling and our society as a whole, we’d like to highlight another wicked development from an organization that just keeps showing up for women athletes. The Colorado Classic is America’s first all-women professional road cycling race and will host its second event under this framework between August 27-30, 2020. Proving that they know what it takes to give women’s cycling the platform it deserves, they not only present one of the most exciting races out there, they also want to make sure that as many fans as possible get access to coverage of their event.

They already announced host cities for this year’s race. The four-day event will travel to Snowmass Village, Avon, Boulder and Denver, and will be live-streamed from start to finish, a fairly unprecedented feature at a women-only event. We Love Cycling has talked to Lucy Diaz, CEO of RPM Events Group that organizes the Colorado Classic, about how the goal has always been to provide a roadmap for other events to follow — and their approach to television coverage is no exception.

In 2019, the event used cutting-edge and cost-efficient bonded cellular technology to capture live coverage of the race, which was streamed for free each day in its entirety. Proving that they had both the business and tech savvy, in addition to an in-depth appreciation of what the professional women’s peloton needed to push forward, the Colorado Classic was invested in exploring and developing new ways to create and stream content from the beginning. “As we continue to develop the defining elements of the Colorado Classic and the supporting media platform, broadcast coverage is a major focus — in a way that is both free and readily accessible for the consumer while also financially sustainable for the race,” Diaz explained.

The trailblazing technology they essentially pioneered and put to the test last season allowed everything from the start line through the awards ceremonies to be shared with over 350, 000 fans in 144 countries. The multi-dimensional live stream was distributed through 30 different outlets — including social media and partners like Global Cycling Network, Altitude Sports, Kiswe simulcasts and the event’s TourTracker mobile app.

Not only did fans have super easy access to live content but this model also eliminated expensive airtime on networks. Proving that there is a cost-effective way to solve the problem of coverage in women’s racing, in 2019, the total production costs of the race broadcast were approximately one-third the cost of the TV production and distribution of past races. “This approach makes cycling events more financially viable and sustainable while giving our fans a high-definition, immersive and social TV experience,” explained Rob Simon, Executive Producer and CMO of RPM Events Group.

In just two years, the Colorado Classic has managed to make the cost-per-view of their event five times less expensive — from $3.10 in 2017 to just $0.63 last year. Add in the fact that they’re committed to sharing their learnings with the industry and soon, there will be little excuse not to have a high quality of coverage of events across the board. 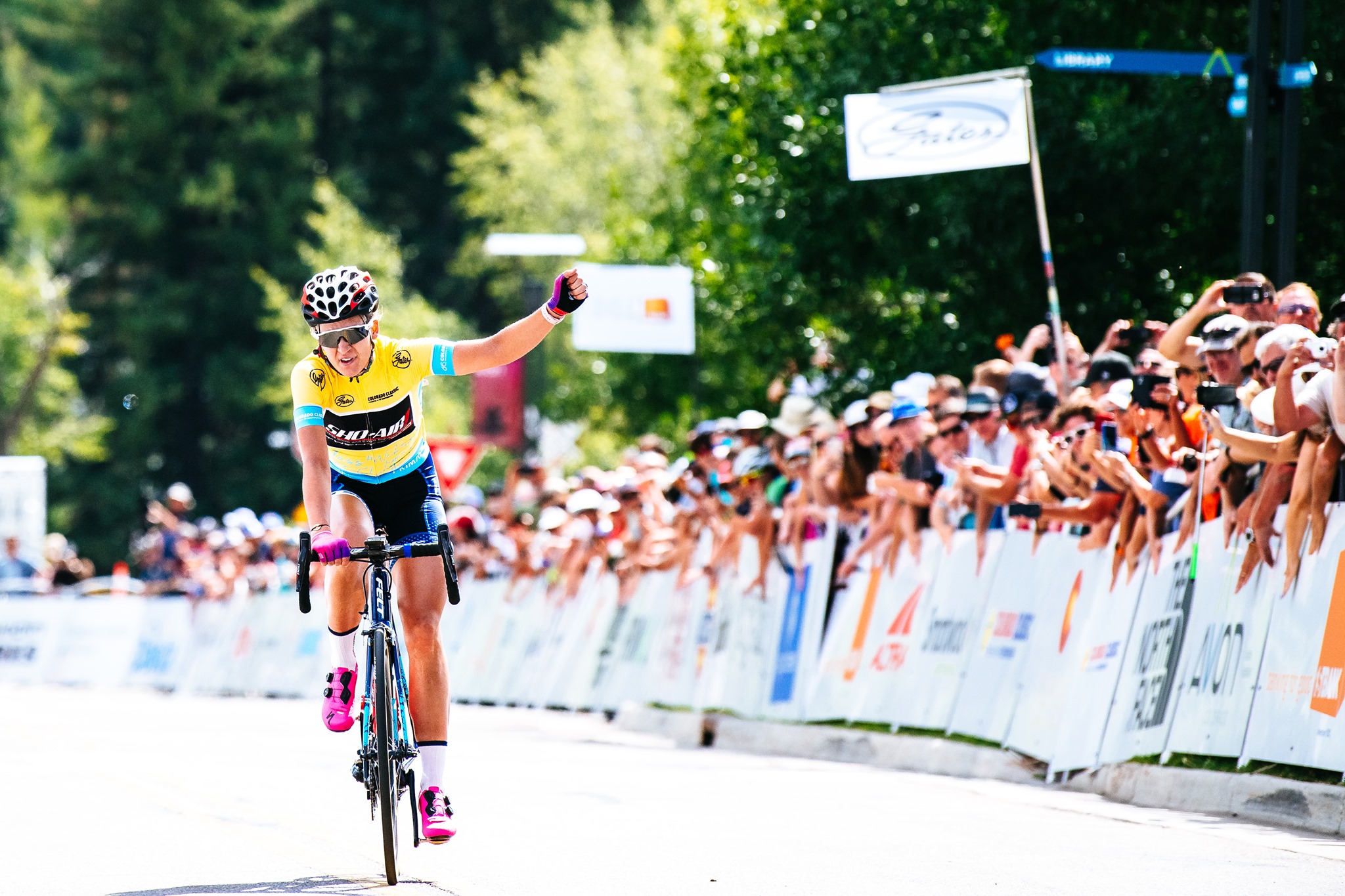 On top of developing a solid business model, the organizers of the Colorado Classic have also worked on news ways to bolster the public presence of female cyclists and share their stories with fans. For 2020, they’ve also announced the launch of a new video series to celebrate and empower female athletes and promote conversations about social change. Titled “HERoes,” the series features profiles of women cyclists, teams and staff. “We realize it’s not enough to just provide four days of competition, we have to develop a platform that celebrates the sport, the athlete and creates meaningful connections in the community,” said Diaz.

In their effort to enhance the exposure, opportunity and equity for women in cycling, it’s safe to say that we can continue to expect great things from the Colorado Classic moving forward. We’re very confident that as the world becomes more familiar with the personalities of women’s cycling and has the opportunity to see just how exciting of a race they put on, the momentum behind the movement will speak for itself.