We hear a lot about innovative programs for cyclists in big cities or places with a rich cycling culture, but […]

We hear a lot about innovative programs for cyclists in big cities or places with a rich cycling culture, but what about locations where the idea of riding a bike still raises a lot of eyebrows?

When Margot Gough moved back to Saskatoon, a city in the Canadian prairies, she wasn’t sure how her relationship with cycling would be affected. Despite riding her bike as a kid in Saskatchewan, it was in Montreal, arguably Canada’s most enthusiastic cycling city, where she’d had the opportunity to attend workshops, learn about the mechanics of her bike, and become a committed commuter.

Following her return, she was determined to keep using her bike to get around and wanted to give back by sharing the skills she’d learned at other community workshops. She eagerly joined Bride City Bicycle Co-op, a local organization dedicated to helping anyone fix or restore their own bike, and was also soon riding with Pedal Wenches, an all-women cycling group.

A testament to how cycling culture is developing in unlikely places thanks to the dedication of passionate people who love bikes, We Love Cycling talked to Margot about the importance of community, the challenges of being an active woman, and what she believes can help get more people cycling.

We don’t get to hear a lot about the cycling culture in smaller cities. How is it different in Saskatoon compared to Montreal?

In Montreal, everyone rides a bike. You see people riding in all weather conditions and no one is surprised to hear you’re setting out to ride on snow or on the highway. In Saskatoon, cycling culture is still young. A lot of people still see it as a very niche activity. Part of that has to do with the fact that it doesn’t get a lot of support from rural municipalities and there is more space for people who are vocal about disliking cyclists.

Nevertheless, you were able to take your cycling to the next level since returning to Saskatoon by joining a women’s cycling group. What was your first experience riding with Pedal Wenches like?

I’d been pretty happy just commuting but was intrigued by the idea of a women-only group. I was quickly impressed by the laidback attitude and supportive vibe. They offer different levels of riding so depending on how you’re feeling that day, you can see yourself in a higher or lower group. There’s a ‘no-drop policy’ and although there is definitely room to push yourself and improve, the most important thing is enjoying the ride and having fun. I have to admit that I was initially a little put off by the logo, which features a bike and a high-heeled shoe, but I quickly realized the group didn’t have a lot of the same issues I’d had when trying other fitness programs targeted at women.

It can definitely be challenging to establish an identity for women’s only spaces without relying on stereotypes or gendered symbols. What are some of the challenges you’ve encountered being active as a woman?

I’ve just seen a lot of people make assumptions about a woman’s motivation for exercising that are misinformed and, generally, suck. There is a lot of body shaming that goes on and expectations that you’re doing something because you’re unhappy with your appearance. I attended spin classes before where they would try to encourage you to push yourself through shame over the food you’ve eaten or other guilt-motivated tactics. I was excited to find Pedal Wenches because although we’re definitely there to work hard and exercise, we don’t diminish the experience to one superficial goal. We joke around a lot and have fun but are also all committed to creating a community where people feel supported pushing themselves, learning about bike safety and taking care of one another.

The community seems to be a really important part of it for you. How does your work with bike co-op contribute to this?

I was really grateful for the bike co-op I was able to be of a part of in Montreal. It was very small and was a low-stress environment. Once I realized I wasn’t going to break anything and got comfortable messing around, I felt much more connected to my bike. Returning to Saskatchewan, it was only natural to seek out something similar.

BCBC is accessible to anyone but plays a unique role in Saskatoon. It is located in the core area where having access to a bicycle can have a huge impact on a person’s mobility and general quality of life. It is volunteer run and there are limited resources, so we typically have line-ups down the block when we’re open. There’s an amazing group of committed volunteers, though, so the program keeps growing and expanding. For example, we now run a monthly women and queer workshop.

How has the response been to that?

We have definitely seen greater diversity than we do at the regular shifts. I’ve heard from a lot of people that they came to us before and felt overwhelmed but that this night has given them a space they feel comfortable in. We’ve been very clear about the legitimacy of needing to create this kind of event. Even those who aren’t welcome on these nights are generally very understanding once we explain why. It has also given more women within the organization a chance to develop their skills as mechanics and play a more direct leadership role. 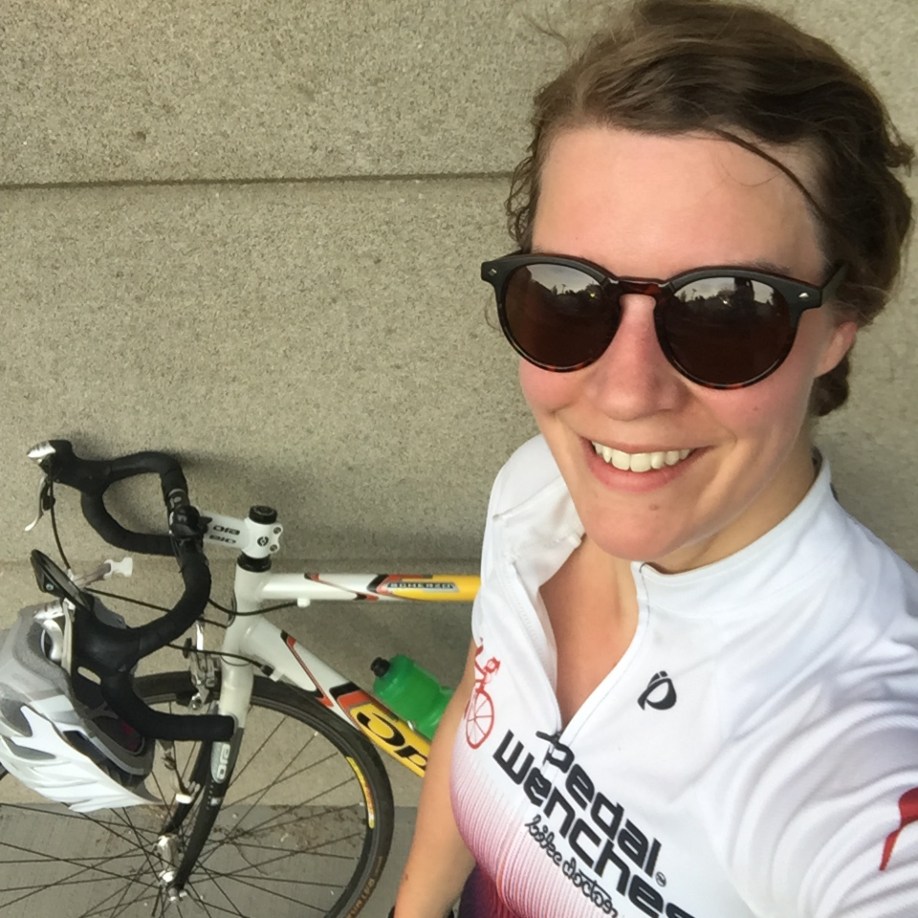 It’s great to see more women learning how to take care of their bikes from other women. In the workshops you run and facilitate, what is the most important message you try to get across?

I really try to fight the notion that riding a bike is this highly specialized or exclusive thing. A lot of people are under the assumption that cycling is very intense, so we really try to demystify that. I explain that, especially as a woman, I wasn’t always comfortable doing these things either. In my go-to spiel for the youth workshops we run, I always tell them, ‘if you’re not sure about something —ask! Nobody knows everything.’ I emphasize that I’m not a professional mechanic, but I’ve managed to accumulate a lot of skills and therefore I can be helpful. I’m not an accomplished road rider, but I go out every week and have fun. That’s what matters and that is how we get more people cycling.