There will always be rows about which bicycle is better, faster, lighter, more universal or more fashionable. The more bicycle types, the more doubts. What if some other bike suits your taste better? We’ve pitted them all against each other and declared THE war. The winner can be only one. Let’s find out which bicycle is the best.

Messengers are tough guys, delivering pointless stuff to corporates 24/7 and all year long, no matter if the tarmac is killing them from heat or ice. There’s no bad weather for them, just inappropriate clothing. However, all messengers do it for money, so ladies win. 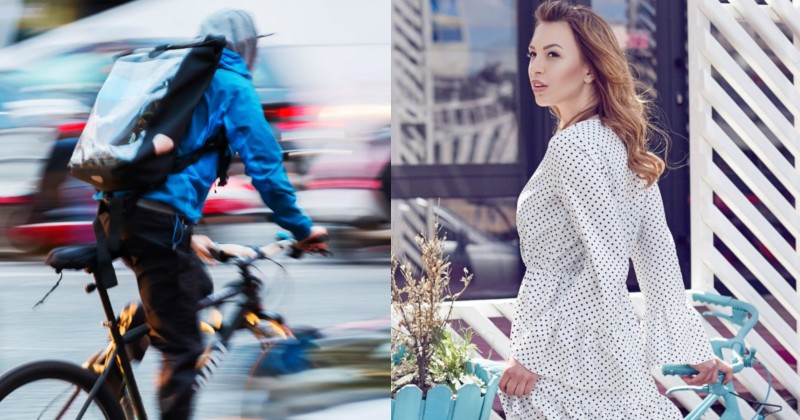 Riding a fixed gear bike used to be enormously cool some ten years ago. Salmoning through one-way streets, always finding even the tiniest of gaps to avoid slowing down while performing crazy skids just a step from shocked pedestrians. But even the smallest kids know that without brakes, you will crash and perish sooner or later. And that’s what actually happened. Fixed gear bikes died out and kids still keep on riding. 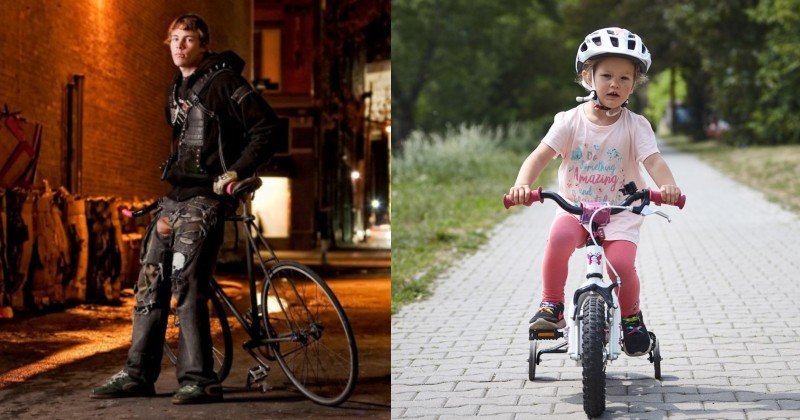 There’s a boom of bikes with pedal assistance delivered by electric motors. Requiring little or no effort, e-bikes are great for commuting. They usually have higher top speed and enable older people to get back to the saddle. However, despite concerns about ecology and inevitable disasters gathering around Mother Earth, we’ve forgotten about how harmful the batteries are for nature – including the devastation caused by mining materials needed for them – and the fact that their power still comes mainly from coal plants. Road bikes are light, fast, desirable, and technologically flawless and that’s why we like them more. 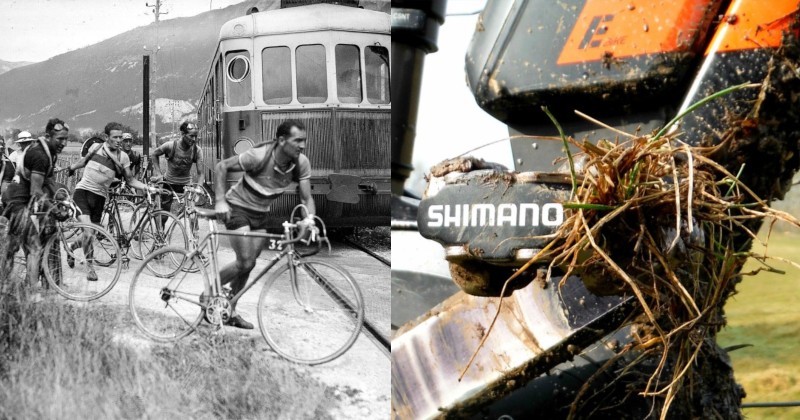 Slippery roots, big gaps, gnarly jumps, scary drops, and protruding stones – there’s almost nothing that can stop you while riding on a downhill bike, besides the elevators in your company’s headquarters. With a folding bike, you just turn it into its compact form and proceed to your office where you spend the rest of your life. 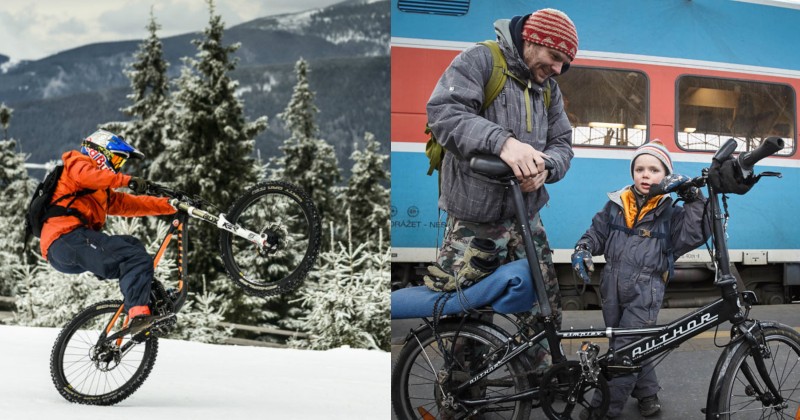 With the modern cargo bikes, you can transport literally any kind of load including kids, coal, bricks, bananas, computers or chimpanzees. However, with a mountain bike, you can leave all this behind and enjoy pure riding in the mountains. 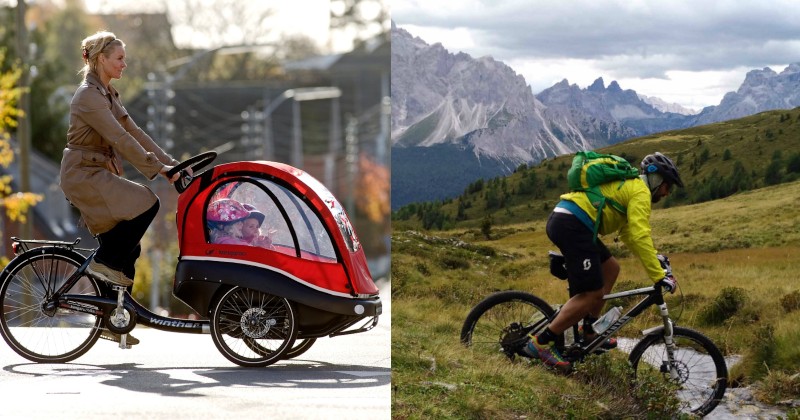 Triathletes can do incredible things: they can swim 3.86 km, ride 180.25 km on the bike and run a marathon of 42.20 km – all within one day. After years of self-torture, asceticism and renunciation, the best sportsmen can do it even in less than eight hours. Even though the BMX freestylers just hang out in the streets or skate parks, when it comes to battle with the triathletes, you can bet that BMXers would trick them out – not to mention there’s evidence that a BMX bike is much more suitable when it comes to fleeing from the cops with extraterrestrials in your basket. 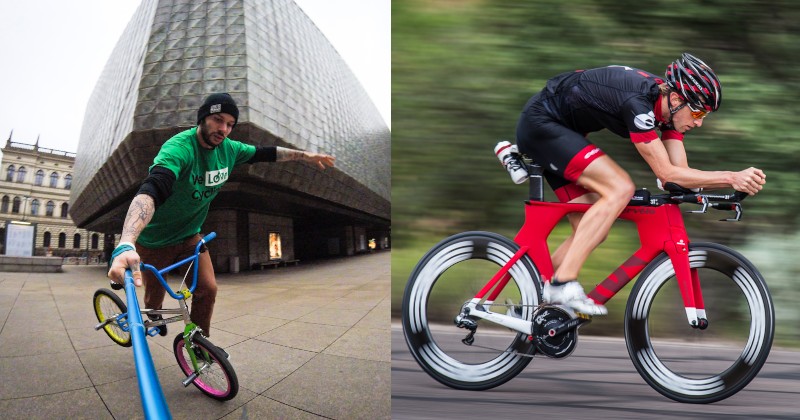 Sharing is up to date and so should be bikes ridden by more than one person. Despite double pedalling power, tandems are clumsy, impractical and on top of this, two guys sitting behind each other on the bike are nothing but weird. Cruising comfortably along the beach with your surf on the rack is much preferable. 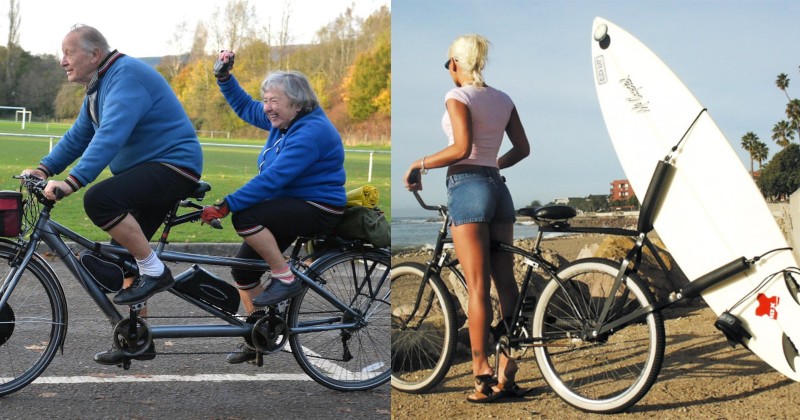 You can be sure that each road cyclist has longed for a gravel bike – even if just once in a lifetime – because of their performance both on trails and on the roads. However, with indoor trainers, you can cycle without missing not even one episode of Games of Thrones, which makes them the ultimate contenders. 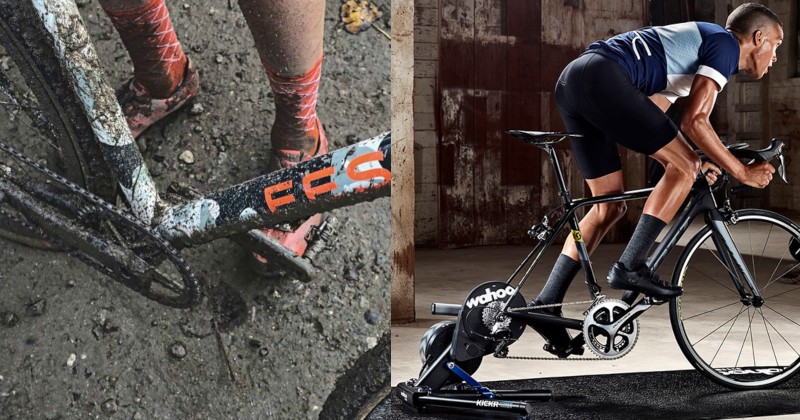 Folding and unfolding, this is no fun at all. Sitting, pedalling, and watching TV just next to the bed where you can collapse if the training goes south seems like a better choice. 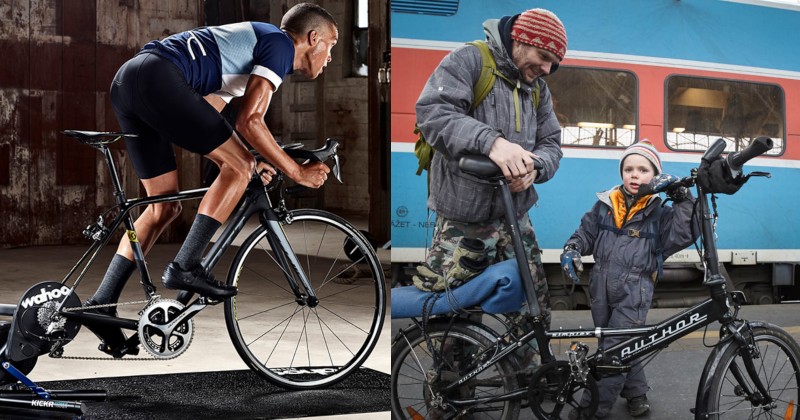 BMXers made it to the Olympic games but what are the full-face helmets, body armour and big jumps against riding in straw hats with handlebar baskets full of flowers. 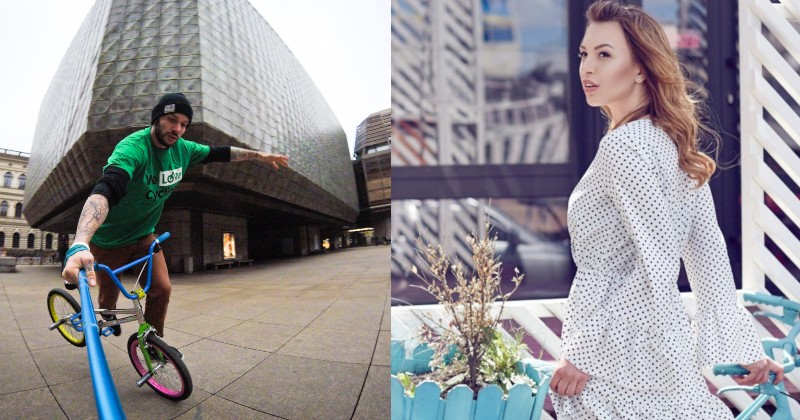 Cruising around is fun when you’re twenty but starting in your thirties, this would make you fat and willing to replace the bike with a chopper. On the contrary, mountain biking is great fun for anyone regardless of age, including your grandpa in Lycra. 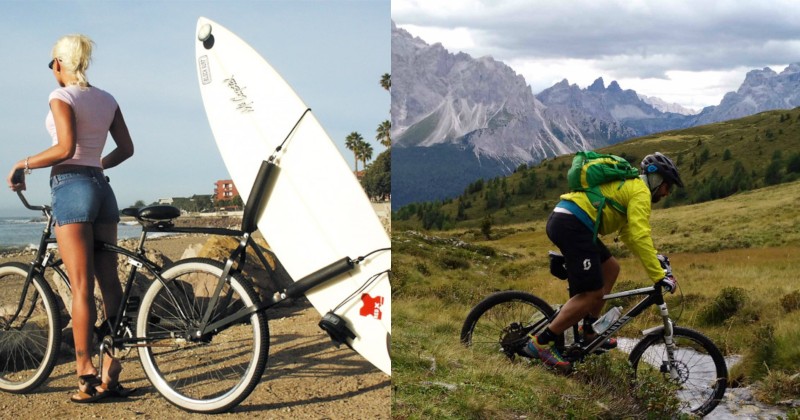 Road cycling is a time stealer – once you start riding, there’s no more time for your girlfriends, wives, and friends (unless they cycle too). The kids have all the time in the world and so they win. 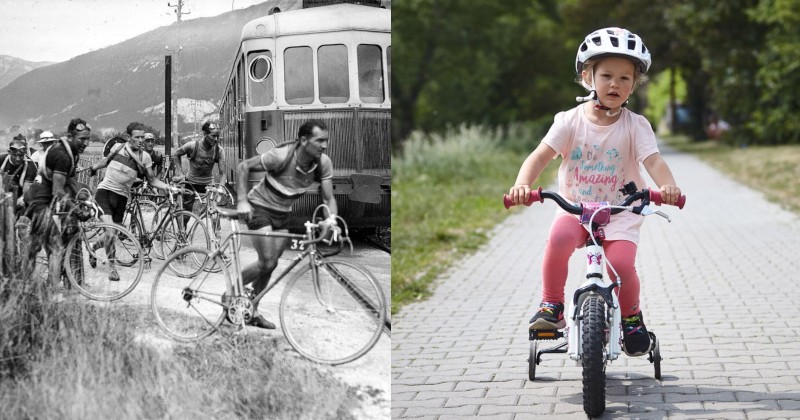 After spending a lifetime riding the trainer, you’ll find yourself in the same spot where you have once started. This is by no means progress. Mountain bikes can bring you nice places (including mountains) and so we want them in the finals. 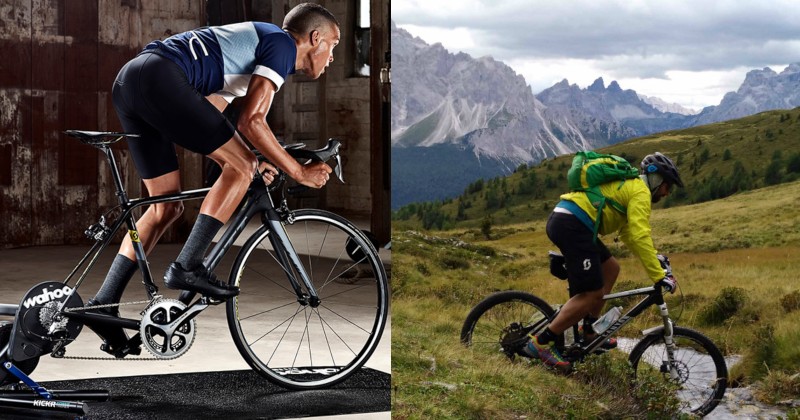 Ladies on the ladies’ bike are elegant and dreamlike but when the weather is not fine or the road is too steep, the ordinary ride might turn into a nightmare. Kids have no fear of terrain, traffic nor bad weather. That’s why kids prevail. 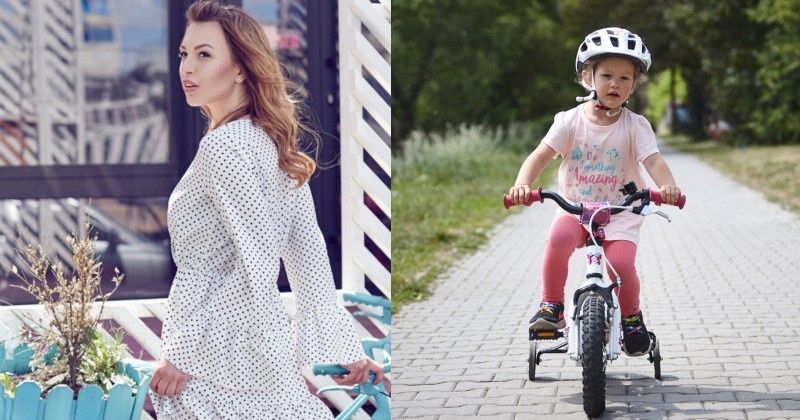 This is the hard one. Mountain bikes are cool. They have experienced an incredible evolution from the ancient Schwinn cruisers up to the modern carbon fibre machines equipped with uncountable gears, telescopic seat posts, and cosmic suspensions. But what’s all this good for if you haven’t started cycling in the early years? It’s never too late, however, the most important cycling coordination you can only learn as a kid. Kids are the future and so are kids bikes. 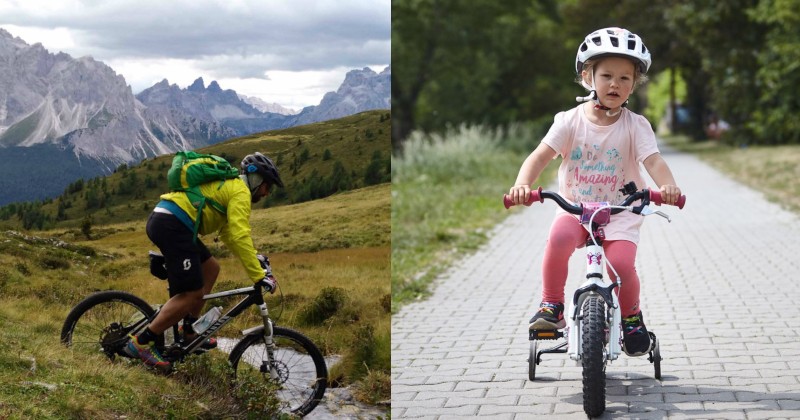 Bicycle Daredevilry: The Most Unbelievable Stunts