Will McCarthy has often said that his favourite of all the countries he has biked is Vietnam and one of the reasons is the food. A culinary revelation can arrive there anywhere and at any time. But you have to be alert for it. Or, as he put it: “Fortune favours the prepared mind.” And because, as he admits, he’s always thinking about food, he rarely misses a serendipitous gastronomic delight.

“As I was riding by,” he writes, “I saw the glint of a cleaver in the air and heard what could only be the whack of a blade through crackling. I looked behind me, saw the magnificent ‘Senor Puerco’ and hit the brakes. What I had heard was the first cut; the folks in an SUV – we’d been passing each other, and waving for a few hours – had just pulled over to buy a haunch. I pretended I just wanted to take a picture, but of course, they fed me. It was still warm but had been resting long enough to be tender and juicy – the perfect pig.” 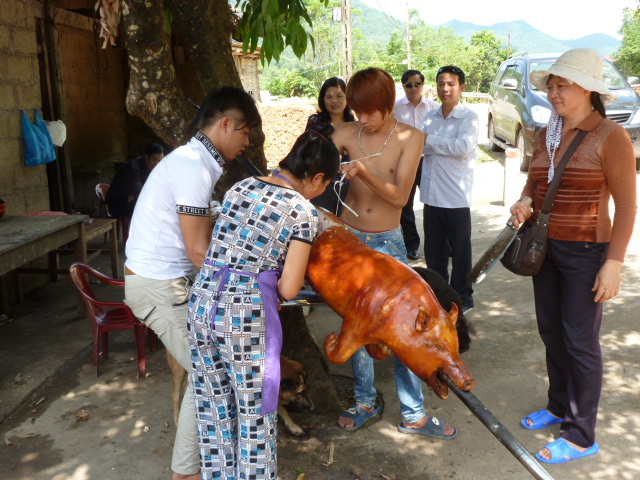 If you travel a great deal through different countries and cultures, it’s only natural that you think about the rich diversity of people living on the planet. Will is no different. “The more I travel, the more I’m dazzled and sometimes flummoxed by cultural differences – and the more I’m convinced there are no human differences,” he says. “Watch children play anywhere, or parents play with their kids – we’re all the same.”

But cultural differences exist, of course, and some of them are baffling. For example, a favourite game in Vietnam is for mothers to put plastic laundry bags over the heads of their children. “The kids love it and their parents make sure nothing goes wrong,” he observes. “But try that in the west and Mommy goes to the Big House.” Prison, that is.

There are even wide cultural differences among neighbouring countries and you notice them if you are observant. “In the Buddhist countries in Southeast Asia, there is a religious/cultural imperative to smile and be friendly. No such thing in Vietnam and one of the things I like most about this country is that I rarely have to try to interpret behaviour to read intentions.”

And while there is always the temptation to idealize the natives of a country you are visiting, if you travel enough, you will soon realize what Will had observed: “Acting like an a**hole is human.”

Vietnam was no exception to the cliché that there are good people and bad people everywhere – but it’s essential to understand that bad behaviour is human, not ethnic or racial or cultural. “When I have an unpleasant interaction with someone, I never think: Grrrr! The Vietnamese are #@#*. I think: Hmmm, this guy is a #@#*.” 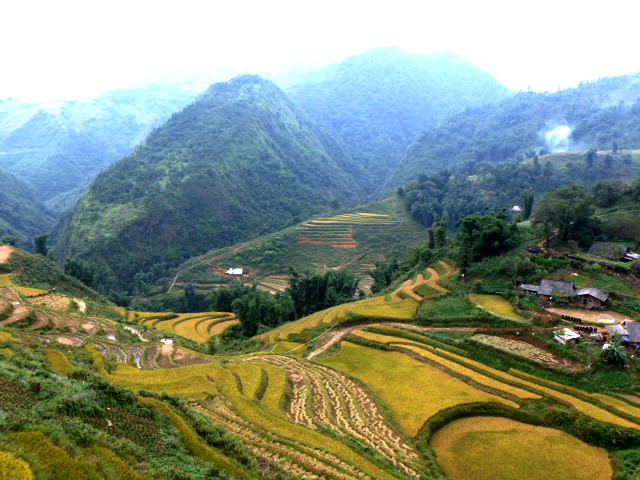 He provides a few Vietnamese examples of the behavioural diversity of our species: “I’ve just hit a paved highway after two days with lots of dirt road so I took my bike to a Rua Xe, a car wash for motor scooters, and the young woman who spent at least 15 minutes cleaning the bike wouldn’t take any money and wouldn’t let me buy her a soft drink. Last week, a guy in a market wanted to charge me to take a picture of the pig’s head on his table. And yesterday, my favourite interaction, I stopped at a remote shop to buy water. The shopkeeper asked for three times the going price, 30,000 Dong. I smiled and said how about 10,000? She said fine and then fed me and wouldn’t take anything for the meal.”

But misunderstandings, based on prejudice, intolerance or plain ignorance, are inevitable when two different cultures meet. Will observed just such an encounter from a sidewalk café in Cat Ba.

“I’ve just watched an enormous backpacker, way taller than I am [editor’s note: Will stands about 2 meters tall] have a screaming contest with a local woman who might have been five feet [152 cm] tall. I’ve met a lot of travellers here who’ve visited only the major tourist destinations (Cat Ba is one) and are driven crazy by the relentless hard sell:

This is, he concludes, learned behaviour in response to tourism. “In towns that don’t rely on tourism,” he notes, “and even just a few blocks from the hotspots in towns that do, people are as low-keyed, friendly and amused by foreigners as anywhere I’ve ever been.”

Diversity is the rule, not the exception, everywhere – and most people appear to be proud of being different. As Will explains: “I’ve been in hill tribe country for the last two weeks and, while there are ethnic differences between some tribes – Hmong, Dzao, Tay and Thai – the main differences are in the clothes the women wear. It’s sort of like birdwatching: Red Hmong, Black Hmong, Flower Hmong, Black Dzao, Red Dzao, Blue Tay, Black Thai, White Thai…”

That diversity includes the coexistence of different epochs, especially in countries such as Vietnam, where the local economy depends equally on modern and ancient industries, such as tourism and agriculture.

“A few days ago, I was sitting in a bar in Sapa drinking Ricard with some French expats, listening to James Brown and watching a slow parade of Black Hmong women in their elaborate dresses, yakking on cell phones as they walked home to their village,” Will says. “Behind them, on the other side of the lane, was a narrow valley, maybe 500 meters deep; and across the valley the mountainside was terraced rice paddies; built and worked by hand.” Stranger in a Strange Land: Adventures of a Globetrotting Cyclist For a Haircut to Kathmandu: Adventures of a Globetrotting Cyclist