No matter what’s on your Christmas wish list this year, chances are even the most ardent bike lovers can only drool over the likes of these bikes. Taking an aspirational peek at some of the most expensive bikes on the market, we have to ask, how much would you be willing to spend?

Even the cheap and cheerful Madone bikes retail at eye-watering prices ranging from £3,000 to £10,000, but when the model that was used by Lance Armstrong in the 2009 Tour de France race went to auction to raise money for a cancer charity at Sotheby’s, complete with a little extra touch of artwork from Damien Hirst who placed real butterfly wings on the rim, it fetched a gob-smacking $500,000. The piece of ‘art’ provoked a fair amount of outrage for the cruelty inflicted on the butterfly, but at least it was all for a good cause. 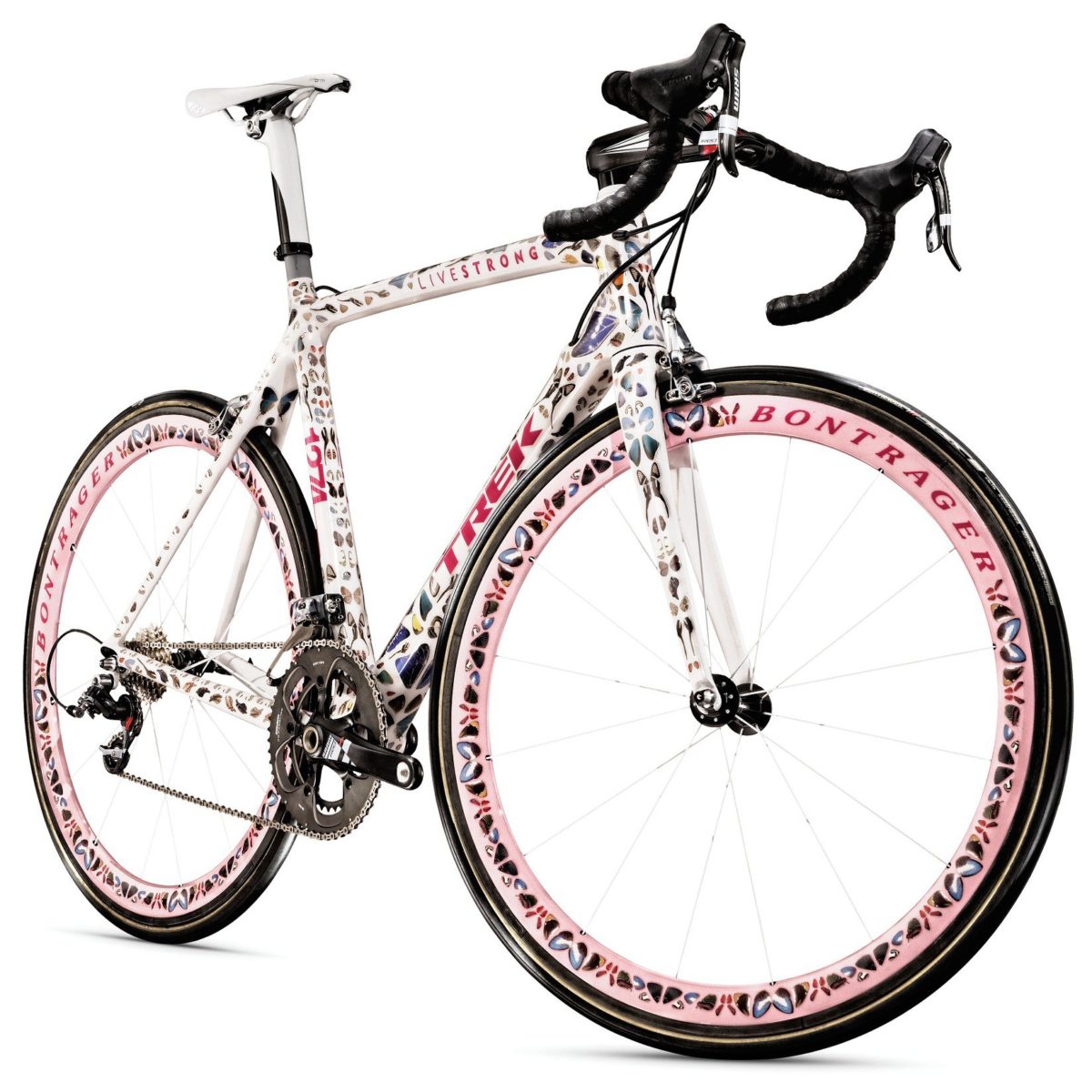 A unique set of custom accessories as well as technical excellence of a bike seem to be a prerequisite for a jaw-dropping price and such was the case with the Trek Yoshimoto Nara. The concept bike was decorated by renowned Japanese pop artist, Yoshitomo Nara, and once again Sotheby’s worked their magic, selling the bike for $200,000 in aid of the Lance Armstrong’s Live Strong foundation in 2009. 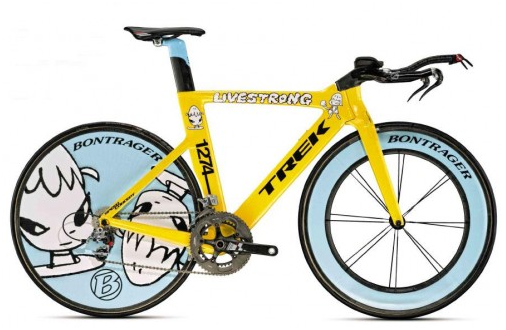 A bargain by comparison with the first two on this list, the Auramania Crystal Edition Gold Bike is the first on this list to command a high price on its own rather than for a celebrity involvement. That said, it is not without a gimmick factor. With every visible part of the bike plated in 24-karat gold, the bike also featured 600 Swarovski crystals and a coveted Brooks saddle. Fortunately, at an impressive price of $103,000, the limited-edition bike also came with a 10-year guarantee. So that’s nice. 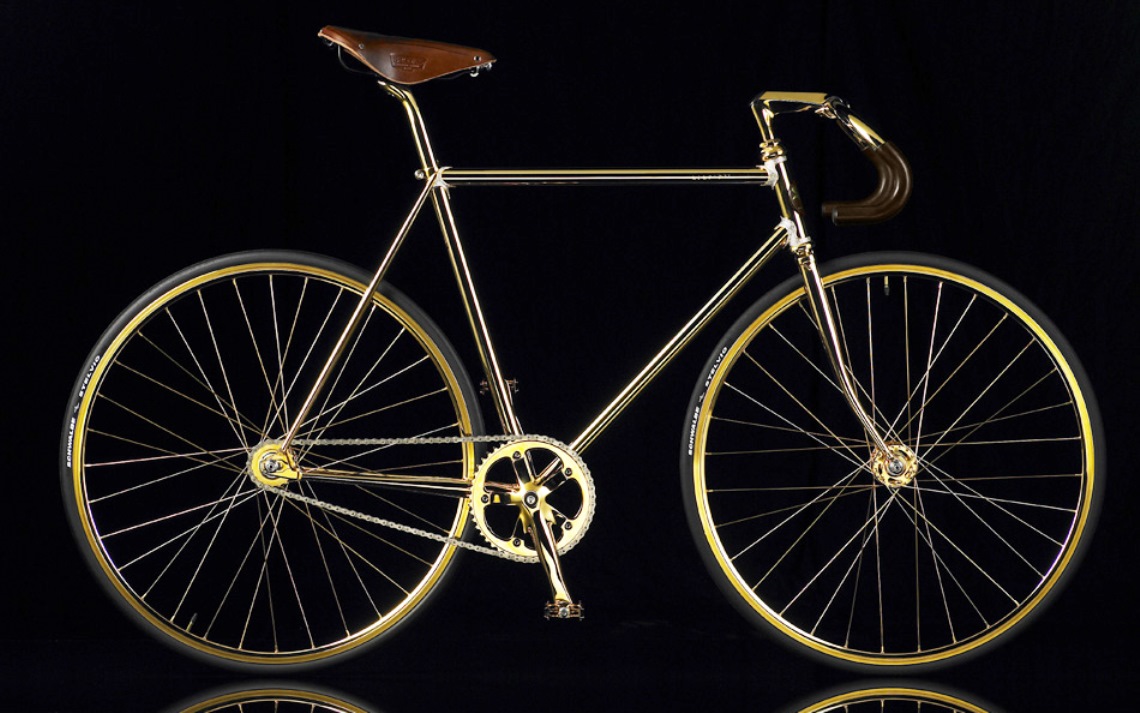 Something of a hike-up on the plain old Cervélo P4 TT bike, which costs around $6,000, this Chrome Hearts edition, refinished with artwork, a leather seat, rhinestones, a silver cross, and the iconic Chrome Hearts motif, went on the market in 2010 for $60,000. That’s quite the statement piece.

In 2008 eRockit introduced what was the world’s most expensive electric bike. Accessible in terms of use but certainly not in terms of the price. Going up to 50mph it was fast, streamlined and skinny, if slightly strange looking. At the time electric bikes were a novelty and they generally retailed between $1,000 to $5,000 but this one was described as a ‘human hybrid’ – referring to the combination of electric engine and performance of its human rider – and cost an inspiring $44,000 for its whizzy technology. 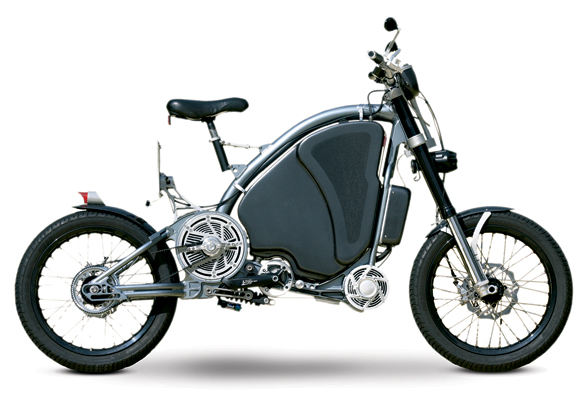 Christmas Presents for Any Cycling Enthusiast Hydration – How to Do It Right