The time has come to bid farewell to the stunning scenery surrounding the Swiss Alps and head back for a little urban experience. Nina is curious about what the bustling scene of the French metropole of Marseille has to offer, apart from its fierce hip-hop scene. Her next point of interest is the famous, borderline legendary, Prado skate park where she’s supposed to meet one of its notorious, talented visitors.

The end of the last episode hinted at the sports field Nina is going to plunge into next but also gave away that her next companion isn’t too keen on keeping the track of time. So, will she ever meet the “Flying Frenchman”? She decides to give him a call that confirms her hunch – he forgot and is quite far away. So, after a frenzied ride with a lot of shortcuts and tricks, Tomas Lemoine finally arrives.

Known for his multidisciplinary skill and the unhinged style he brings to competition, Tomas ‘Stratos’ Lemoine has been carving out a name for himself across the world of mountain, dirt, and street biking. The lively 22-year-old rider could be described as Peter Sagan of MTB – he has a solid record of podium finishes under his belt and never forgets to put a good show for the crowds. Most of his photos in action prove that he loves to go feral on the track and sure enough, right after he greets Nina, he sinks into the skate pool he obviously knows every inch of. There’s zero doubt he’s on his own turf. 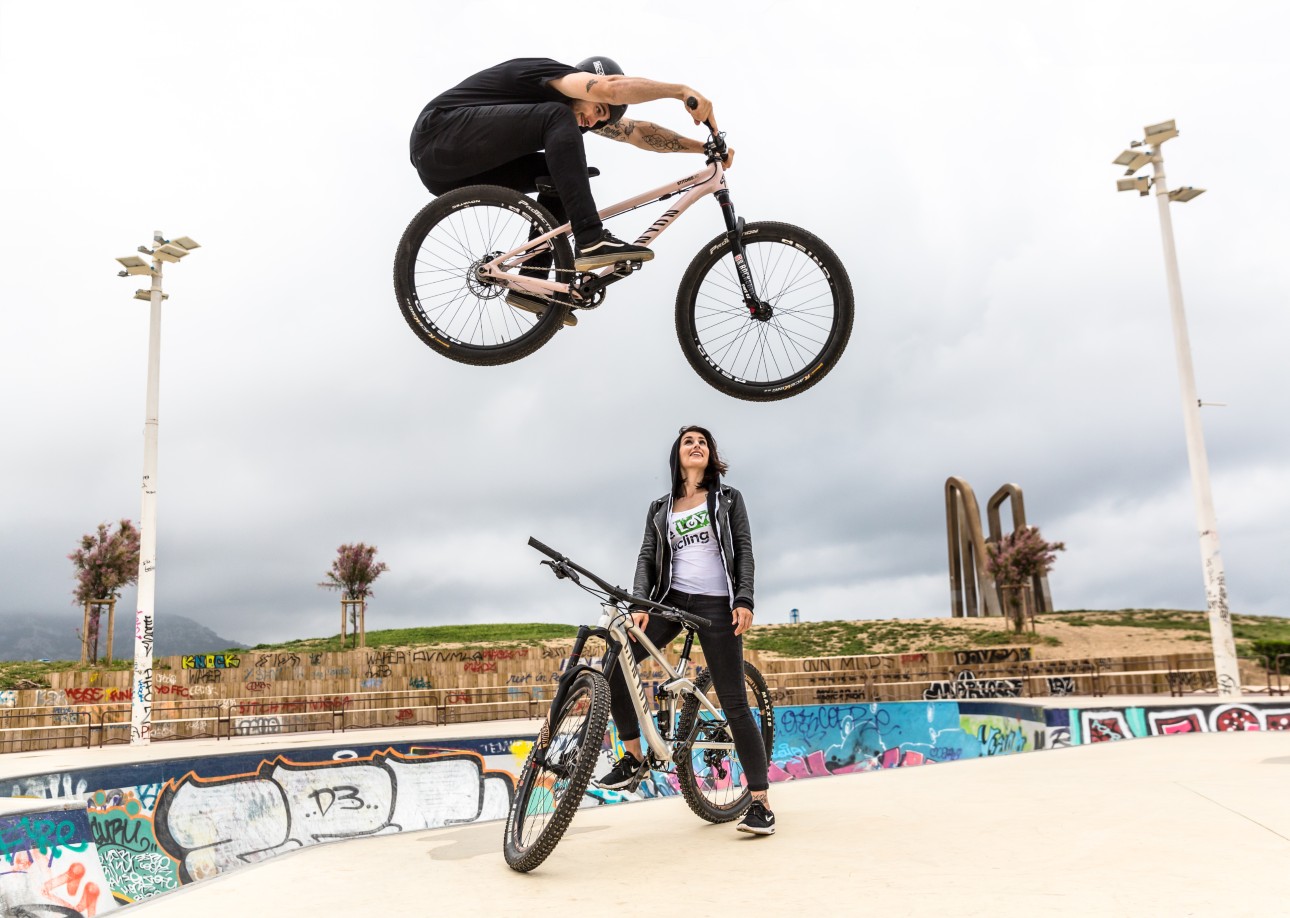 After showing fascinated Nina a few airborne tricks, it’s time for her to join Tomas for a skate park adventure. Her chunky bike might look out of place among beside the nimble skateboard but riding through Prado is not an opportunity to be missed. Their romping is cut short by a slight rain, which makes the park surface slippery and even causes Tomas to tumble down. Not like he minds, though, he’s used to it. The rain ends soon after but the park is now wet anyway, which gives Nina the window of time to ask Tomas around a bit and they took a stroll to the seaside.

“I started with BMX when I was 5 years old. Then I saw someone doing dirt biking when I was 12 and I was sold. I got a bike for my birthday from my dad and that’s all I ever wanted to do since then. I started with kids’ and amateur races and those helped me to work my way up into the pro sphere through wild card nominations. And that’s how I ended up in the World Tour.”

“Off the season and in my free time, I train and go to the gym, hang out with friends, relax, game on a Playstation, the usual. What I love about riding could be put into two points – first it the possibility to ride with amazing people and to enjoy the great atmosphere and second is the adrenalin and a ‘good’ kind of stress riding in front of people puts your through. I enjoy various cycling categories, I do bit of enduro, cross-country, downhill but also street BMX,” Thomas shares.

And how and where he picks up his moves? “A lot of inspiration comes from the BMX scene. Smaller wheels allow for more tricks. I also watch a lot of videos and, when I’m ready, I hit the air bag to try the things I saw, then I progress onto soft soil training, and the hardest part is to actually do the trick on a dirt trail, because its surface is the hardest.” 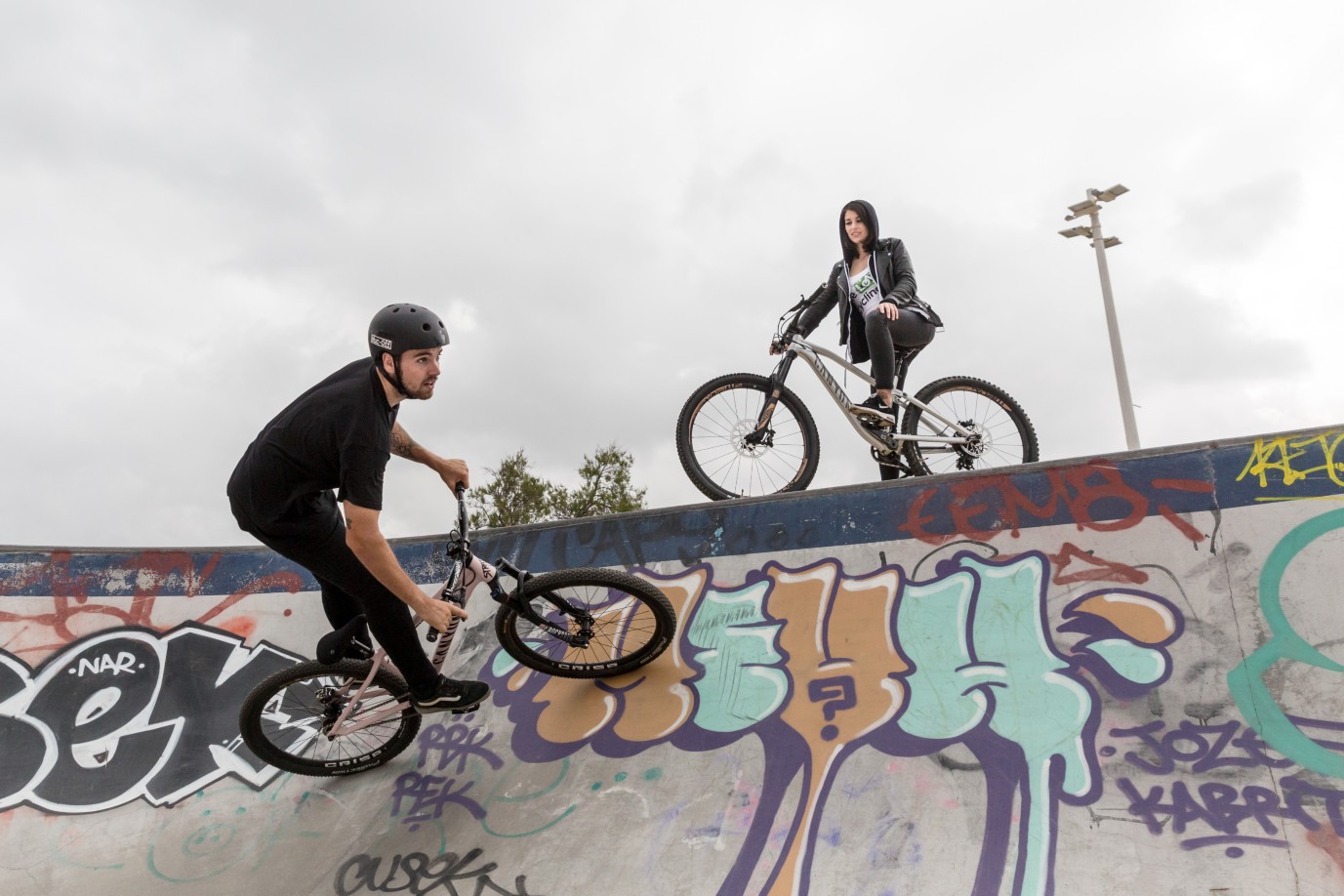 Another episode leaves Nina with yet another unique talent but we got to keep moving because there are still two more to discover and meet. Bon voyage, Miss Peaches!