BLOG: How I Reached the End of My Tether During L’Étape du Tour

It was devastating. I couldn’t breathe, I was dizzy and sick, my back was hurting like hell, and every single […]

It was devastating. I couldn’t breathe, I was dizzy and sick, my back was hurting like hell, and every single second I once again begged my legs to keep pushing the pedals and get me to the summit after all. That is a brief description of the last climb of the toughest sports test I’ve ever taken in my life. A test called L’Étape du Tour.

I am a sportsman, I even used to be a professional basketball player. But I’m definitely not a cyclist. A testimony to this are the fact that I shaved my legs for the first time only a week before the race and the mere one thousand kilometres I’ve cycled this year. I’ve never been in a cycling race, and the longest distance I’ve covered in one go is 130 km with an elevation up to 1,700 metres. I even bought my road bike only three months before the race. Despite all that, my colleagues egged me on and I picked up the gauntlet. I’ve been involved in L’Étape for four years because of my job, but this time it was a whole different story.

ASO chose the hardest stage possible for this year’s edition – 170 km in distance with an elevation of over 4,000 metres. For amateur cyclists, it was the toughest test at L’Étape in years. 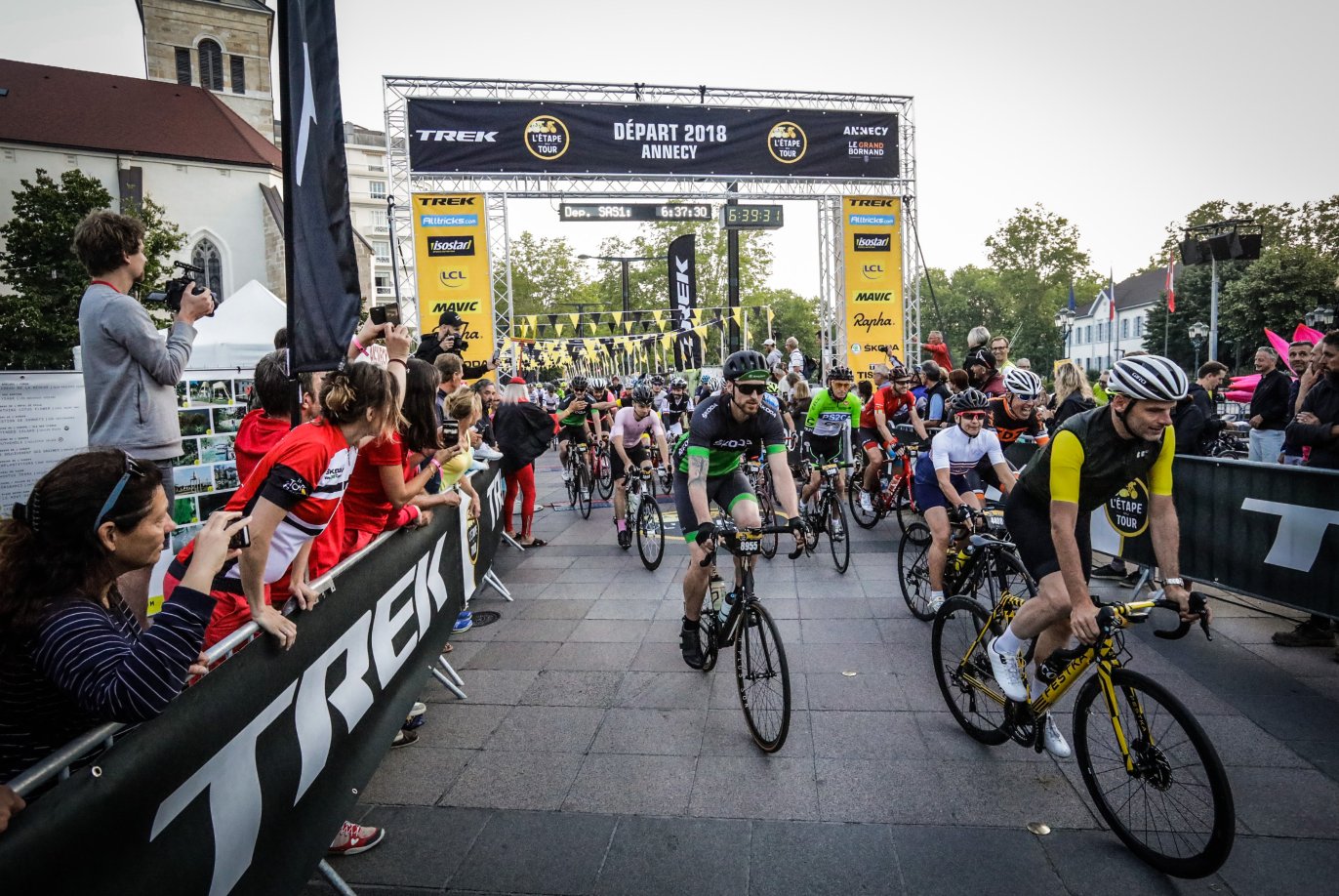 L’Étape followed Stage 10 of this year’s TdF, which included four demanding climbs. The first one, Col de la Croix Fry, was 11 kilometres long. It was a first, easy acid test, with the gentlest incline of 7% on average. I was doing quite well, going at an easy pace, when my eternal enemy made itself felt – my back. Three years ago, I was diagnosed with a damaged, slipped disc in the neck, and have been troubled by it ever since. When I reached the summit, my back hurt so bad I decided to take two painkillers, hoping it would ease the pain before the second and hardest of the climbs. As a matter of fact, the real cycling hell broke loose shortly, at kilometre 75.

Plateau des Glieres, a six-kilometre climb with a dreadful gradient of 11.2% on average, was a place where you either went home prematurely, or began hoping you could finish the race when you’ve reached the summit. By the way, Plateau des Glieres was also the hardest climb of the whole TdF this year! I can’t even put down in words what a beast of a hill it was, I’ve never seen anything like this! Not even from a car! But the toughest part was the last three kilometres. My Garmin sometimes showed a gradient of 13, 14, and even 15%. Gruesome, revolting, devastating. Suddenly, 10% seemed like a walk in the park. This was the first time I overtook a number of cyclists who were catching their breath at the side of the road, going on foot or, in the worst case, throwing up.

I’d divided the event in four fictitious races in my mind – you’ve probably guessed that each climb was one race. Finishing the second race would be a great success to me, but it would also kind of make me believe I can actually cross the finish line at the end of the day. My back was hurting so bad during the last two kilometres I wasn’t even sure I can stand so much pain. I was counting every metre and trying to defeat the pain with the power of my mind. I don’t remember much from those moments, I’m dripping wet, forcing myself into every single pedal stroke with a completely exhausted face expression. Just a few more metres left, I can hear the fans cheering and congratulating us on having made it. Have I really made it? Am I actually on the summit? This can’t be real. For the first time, I look up to the sky and silently tell my father, who passed away just a few months ago, that I did it and succeeded in accomplishing the first mission.

When I arrive at the feeding station, I get to meet my friends from Festka, who are in awe to see me on the top so soon. But I’ve exceeded my limits and have no strength left, I suddenly realise. Never in my life have I climbed this much, and I’m only in the middle of the race. Fortunately, the great thing about cycling is that you recover quite fast. After a long descent and 30 kilometres of flat, I’m ready for my “third race” – climbing the Col de Romme. This is where everything will be decided! I take my last painkiller. 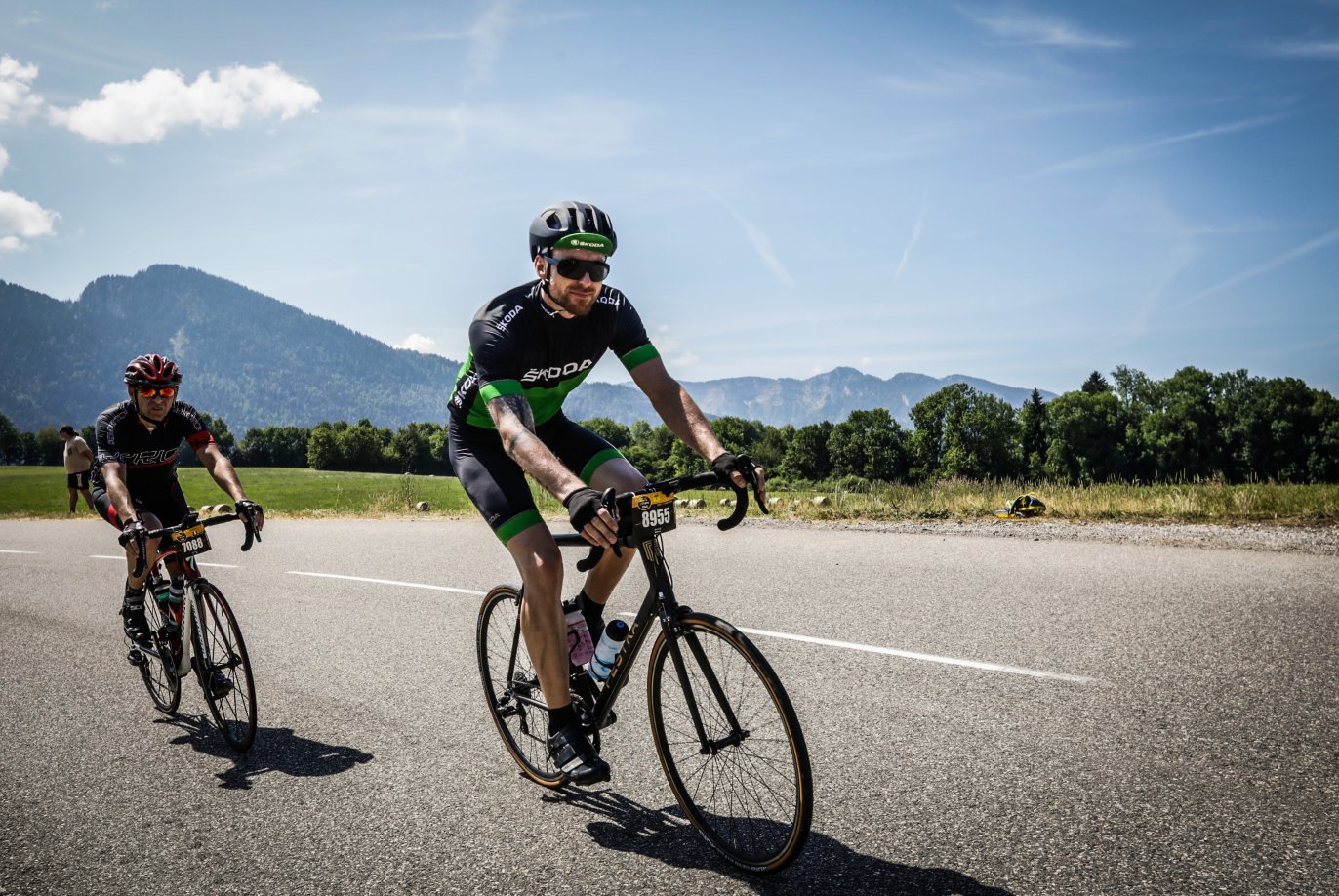 I’d driven up this hill by car the day before (just like I had done with all the other climbs), so I knew what I was against. And unfortunately, the next nine kilometres with a gradient of 9% on average would be about as hellish as Glieres, longer, but without such gradient extremes. A sign at the foot of the hill says: “Happiness awaits you on the top!”

At the start of the climb, I come across my friend Petr, who becomes my companion in our fight for survival during the next four kilometres. We spend the first two kilometres trying to chat to at least for a while forget the ordeal we’re going through. We ride past a small village by the name of Nancy in the middle of the hill, and I suggest stopping there to get a rest. Petr just whispers he must go on, otherwise he wouldn’t be able to get back in the saddle. I decide to ride on with him. It takes only a few more metres for me to realise that things are not okay. I feel dizzy and sick, so I can’t swallow any gel or sports drink. So I take out my bidon with plain water and pour it down on my head, neck and back, hoping it will refresh me at least for a few seconds. I retreat within myself. I try to see the summit in my mind’s eye and to think of the glorious feeling I’ll have if I get there, if I make it.

When I come back to reality for a while, I notice that Petr is far behind me and I overtake another one of my friends. The last two kilometres are a terrible ordeal. Dozens of riders sit or lie along the track, gathering strength. But I don’t want to clip out of the pedals by no means. If I can do this, I’ll conquer the last hill too, no matter what. The last kilometre. I pass a sign that gives me a last bit of strength: “What is one kilometre compared to the whole life?”

No shade. The sun is beating down upon me, more than 40 degrees. I can see it in the distance! The fans! I can hear some music, some applause, and my own heart pumping at a rate of 180 beats a minute. I sit down. I have chills. I’m shivering. I’m alive! Just one more climb to go and I’ll be in the finish. I just have to do this. Now to get down the descent alright. That day, I’ve seen three resuscitations along the track, several serious injuries caused by inattention at high speeds, and mountaineers getting a cyclist out of a deep ditch. I’ve covered 150 kilometres. The last feeding station, the last bit of food into my stomach, I take my time, I know I will make it. Even if I walked to the summit, I know I would make it within the time limit without any problem. All I need to do is climb the last 7.5 kilometres atop the famous Col de la Colombiere. “Pain is temporary, glory lasts forever.” The last motivating message for cyclists, I clip in the pedals.

Compared to the previous hills, the first four kilometres are acceptable. I keep my pace. I’m close. But the last three kilometres are the worst enemy of my whole sports career. The plains offering no shade are devastating in the heat, the hill gets steeper, a gradient of 8, 9, 10%. What are three kilometres compared to your whole life, I repeat to myself. I won’t clip out of the pedals, I won’t, I won’t. I’m forcing myself, I don’t want to ride on, I can’t, I’m at the very end of my tether. I can’t imagine riding three more kilometres.

What are two kilometres compared to the whole life? Just 2,000 metres to go, I want to get off the bike so bad, I just can’t take this no more. Don’t collapse now. The last kilometre. The toughest kilometre. How can a kilometre be so long? I can see the summit! Just a few more metres, and this thing will be over! You can make it! You’ll make it! Col de la Colombiere, here I am! Tears come rushing to my eyes. I’ve just surpassed myself, I’ve pushed the limits of my body, of my mind. Everything is possible. Indeed, everything is possible. 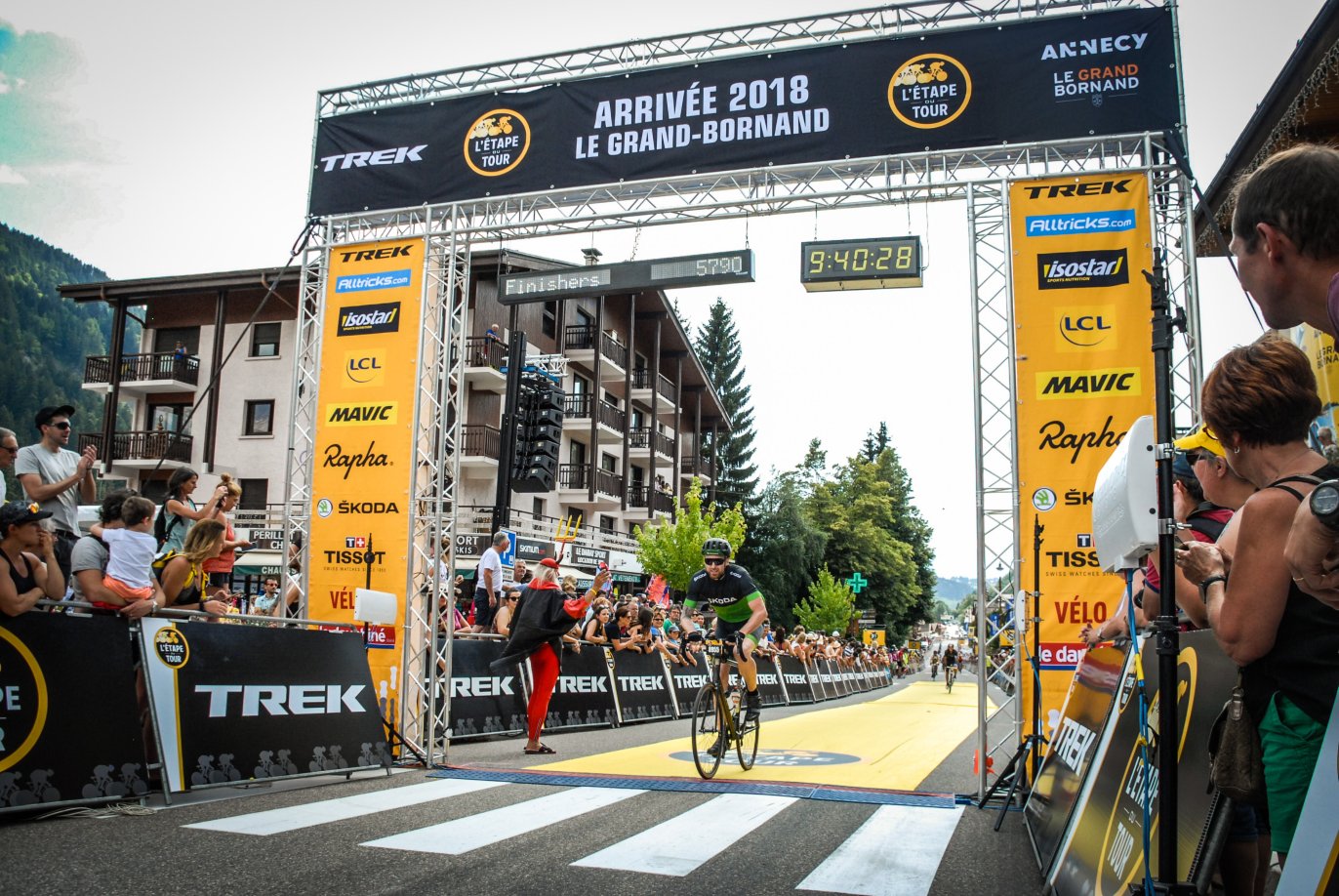 I don’t stop, I just adjust my helmet and jersey before the final descent. The next 12 kilometres of descending that take me to the finish line are a reward. I can see the finishing straight, the last 100 metres are crammed with fans. I look up for the last time. Dad, I did it! We did it. I’m completely exhausted both physically and emotionally. In the finish area, I hug my friends who have supported me throughout the race. I am speechless.

Week Two of Le Tour 2018: The Winners and Losers So Far