There’s only one car permitted to cross the Tour de France finish line alongside all the cyclists. This special honour […]

There’s only one car permitted to cross the Tour de France finish line alongside all the cyclists. This special honour belongs to none other than the famed Red Car – Le Tour’s mobile command centre. Since 2015, the latest and most spacious ŠKODA SUPERB model with a custom “Corrida Red” paint job has become the shiny flagship of the world’s most famous bicycle race. So, what’s so special about it?

As mentioned above, the Red Car is the hypothetical brain of the whole race. For those three weeks, it houses the Tour Director Christian Prudhomme who uses it as a control room on four wheels. That this SUPERB is different is apparent not only from the shiny bodywork scattered with sponsor logos, plastic add-ons or retractable panoramic glass roof but the real treat hides inside. Since Prudhomme needs to transmit orders and receive information, communicate with the headquarters, organise traffic around the peloton, and stay in contact with his race marshals and other Le Tour cars, there’s a communication console placed in between the front seats. The Tour Director sits comfortably in the back, with chilled drinks from the built-in mini fridge at his disposal, and keeps an eye on everything through six roof radio antennas, several microphones, and four radio channels.

The real cherry-on-top feature is the car’s modified horn – by switching a small change-over, placed just next to the steering wheel, you can greet fans and riders by a signature tune.

The other back seat next to Prudhomme is reserved for visits by famous dignitaries such as the French president Emmanuel Macron who will be welcomed with a sparkling glass of champagne and taken on a little exclusive Tour (pun intended). 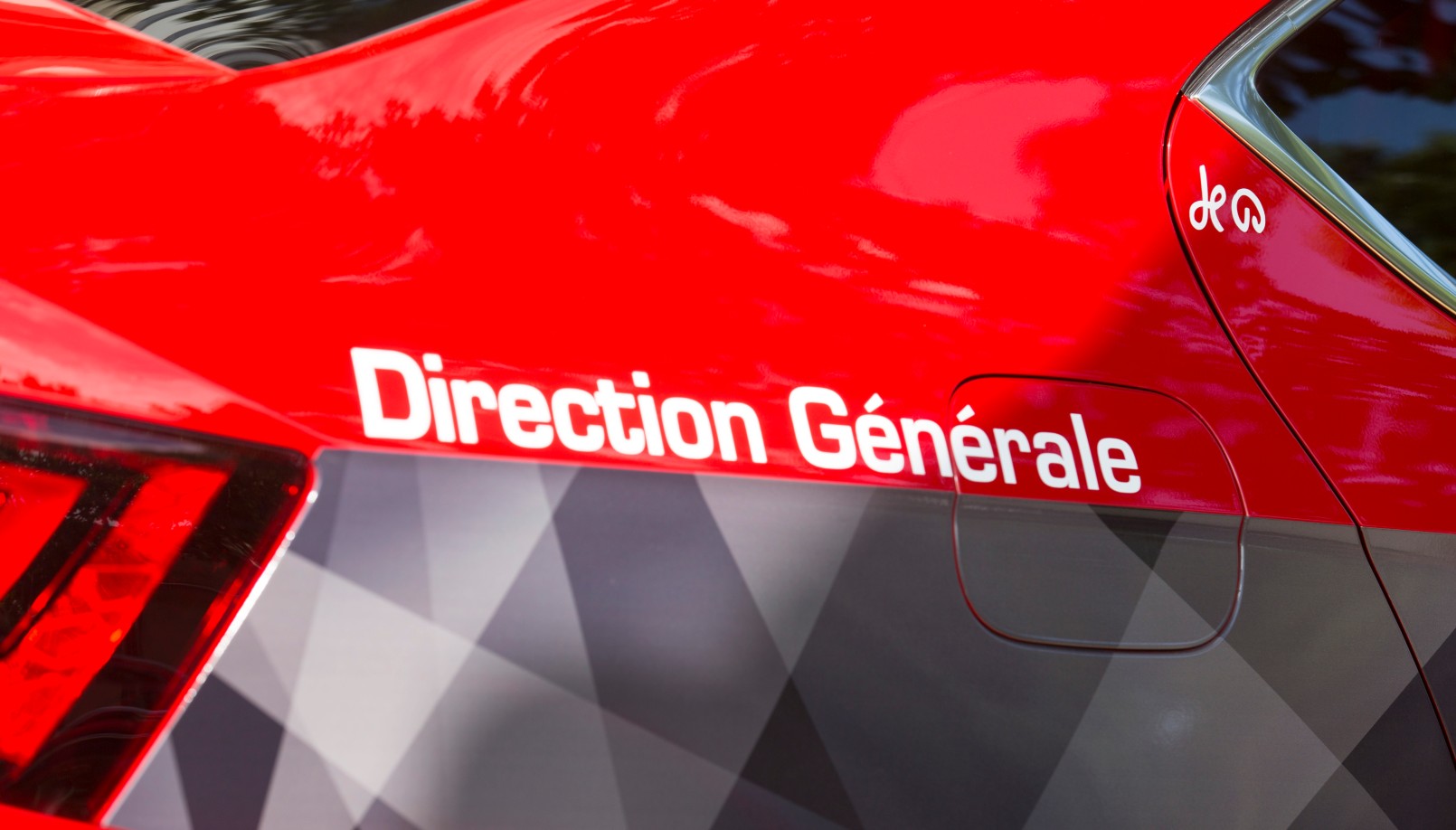 Because this unique car officially signals the start every single daily stage, it’s visible to millions of fans every year, both onlookers alongside the track or TV viewers at home. Nowadays, we can safely say that is has become one of Le Tour’s strongest visual symbols, alongside the colourful jerseys, the logo, Arc de Triomphe, the trophy, and many others..

The Whole Picture: What Happened in the First Week of the 2018 Tour de France

Who Is Going to Win the Green Jersey?

Suspension Forks: Which Is the Right One for You?

Riding for a Cause: The Family Refusing to Let Illness Slow Them Down