Getting hold of James Apperley is a tricky business. When he’s not out touring with major label bands, he’s an in-demand engineer for venues in the UK. His relentless work ethic takes its toll, so what does he use to escape the madness? Bikes of course.

Apperley’s love affair with bikes started early and in brutal fashion. Riding competitively on track cycles Apperley got a kick for speed early on, and the simplicity of the machines intrigued him – but it was discovering the freewheeling freedom offered by the BMX that really lit a fire in him. 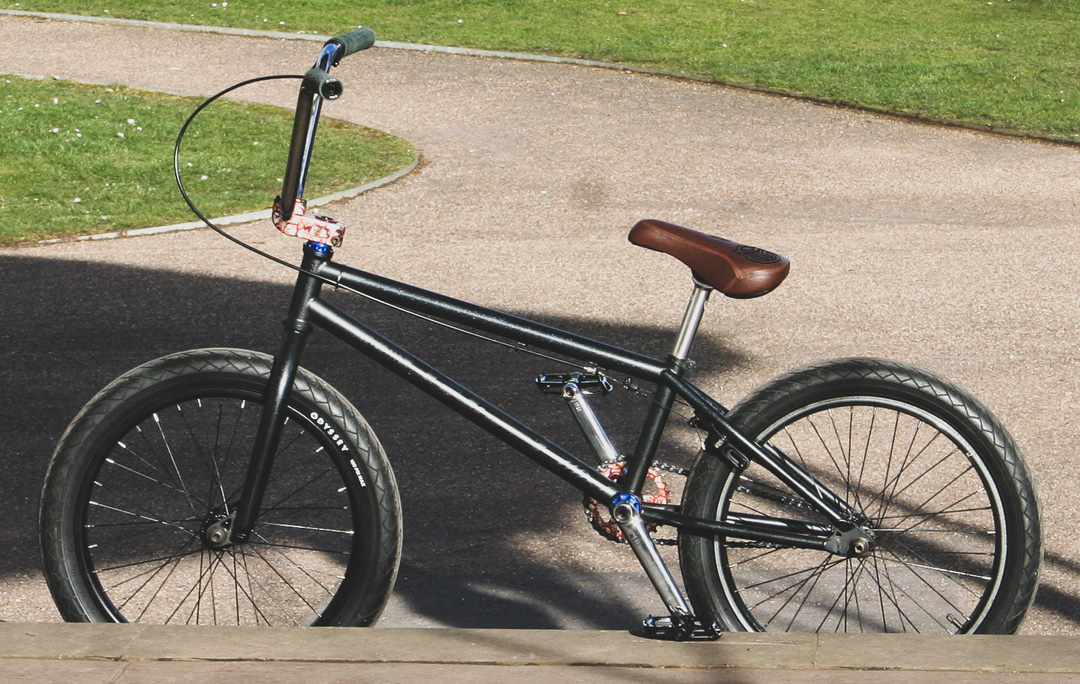 “Pulling jumps and tricks is all good. Bit of riding off road, right?” Apperley has a rebellious glint in his eye, so the freedom to ride anywhere, and jump from any height clearly appeals to him. He may not use the bikes quite like he used to, but they still symbolise that nonconformist urge.

His current collection consists of two bikes, where every aesthetic choice has been carefully considered, along with the ride and feel of the bike. The most recent completion is a We The People frame in an iridescent midnight-blue verging on black.

The brightest colour accents on his We The People are courtesy of the S & M sprocket and stem, although the colour is dialled back with a Salt compression bolt, and balanced with a deeper, but equally rich blue on the headset and crank trim. Black Éclat rims compliment the slick Odyssey tyres.

Apperley’s army-green S & M frame is defined by the black mag wheels. Built for freestylists, the Skyway Tuff 2 wheels arrive with a coaster brake which Apperley was keen to show off – the rebel happily burning rubber from his Gusset Pimp tyres in black streaks across the road. 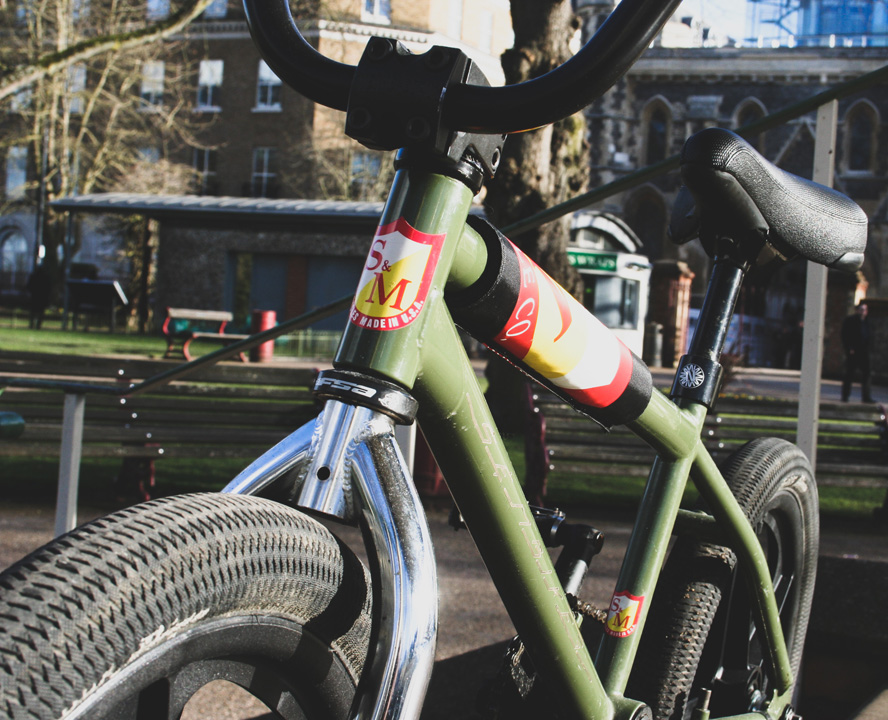 Given his large adult frame, Apperley isn’t averse to using wider platform mountain bike pedals. As we walk back to his urban apartment, Apperley bunny hops around the street before getting off his WTP and dropping it from 3 inches.

Intermittent Fasting – What Are the Risks?