It might be easy to watch all the famous Grand Tours here in Europe, but in Australia, they are broadcasted in the middle of the night. People Down Under, however, watch their heroes anyway, with possibly even bigger passion. And that passion makes them do rather unusual things. Like the one Rowan Clark did.

Clarke is the owner of Rupertswood Farm near Hagley in Porte’s home state of Tasmania and decided to use his land to make an homage to his cycling hero. 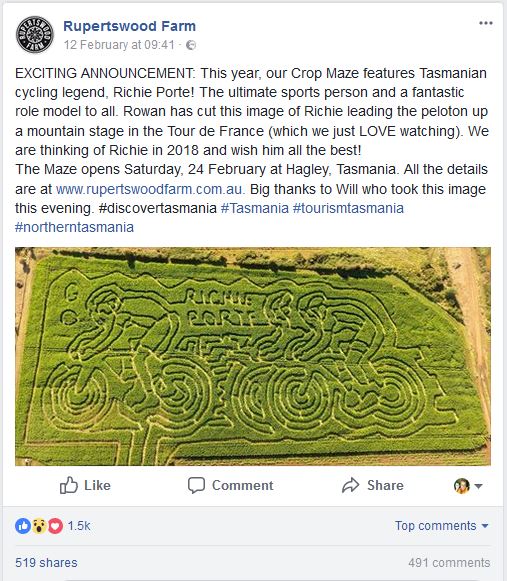 “I have been thinking of a Richie Maze for some years now. We are huge fans and love watching him race, particularly in July when the Tour de France is on. Richie is a great role model… always presents himself with spirit, courage and dignity …even under enormous amounts of pressure. Plus, Richie seems like just a really nice guy,” Clark said.

The maze was designed by a company called Mazescape which wanted to show Porte leading the peloton up the Alps in the Tour de France. It took over eight hours for Clark to mow the design into his crop but the result is definitely worth it. Even Richie Porte noticed it and shared it on his Facebook account. 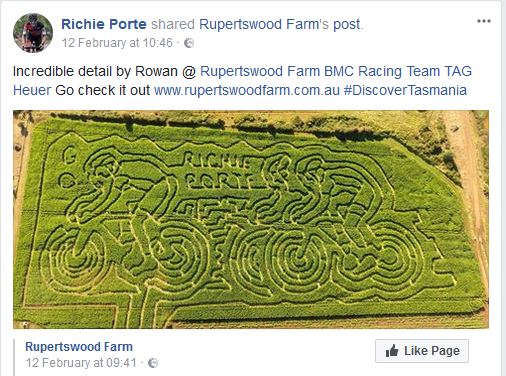 If you’re reading this in Australia, the maze opens to public on 24 February. Don’t forget to send us some pics!

How to Know if Your Diet Works – More Energy