While Syrian women enjoy similar employment rights and opportunities as men, even in high-profile government jobs, the sight of a woman riding a bicycle is still something the Syrian society apparently needs to get used to. Around 300 women held a bike marathon in the capital city of Damascus with the aim to point out harassment and discomfort women claim to experience while riding a bicycle in the city streets.

As the cycling crowd set off from the President’s Bridge towards the Umayya Square in the heart of the city, the route was lined with banners reading statements like “We’ll never stop cycling, you’ll stop harassing” and “Let’s make a difference”. The marathon was organized by a local initiative called “Yalla Let’s Bike” (Come On Let’s Bike) that focuses not only on making cycling attractive and widespread in the city but also safe and comfortable for everyone. In the eyes of the participating women, the macho atmosphere lingers in all aspects of Syrian society and while it’s common for women elsewhere to commute or keep fit by bike, Syrian women get funny or hostile looks, or, which is more common, intrusive and sexually charged comments and mocking shouts.

According to the event organizers and riders, there’s a difference in experience when a woman rides with or without the traditional head-covering veil – the hijab.
“If they (men) saw an unveiled woman riding a bike, they would verbally harass her but if they saw a woman wearing a hijab riding the bike they would look in a strange way. I want to say that we have the right of equality and our religious duties are our own business,” said Maha, a 30-year-old accountant from Damascus.

With this mass ride, the women wanted to express their support to other females still struggling to enjoy a good commute or a leisure ride without unwanted attention. The busy downtown traffic helped the young women deliver the point of their message across even more prominently – it made them more visible and also pointed out that cyclists are and should be a natural part of any modern urban environment, no matter the age, gender or creed. 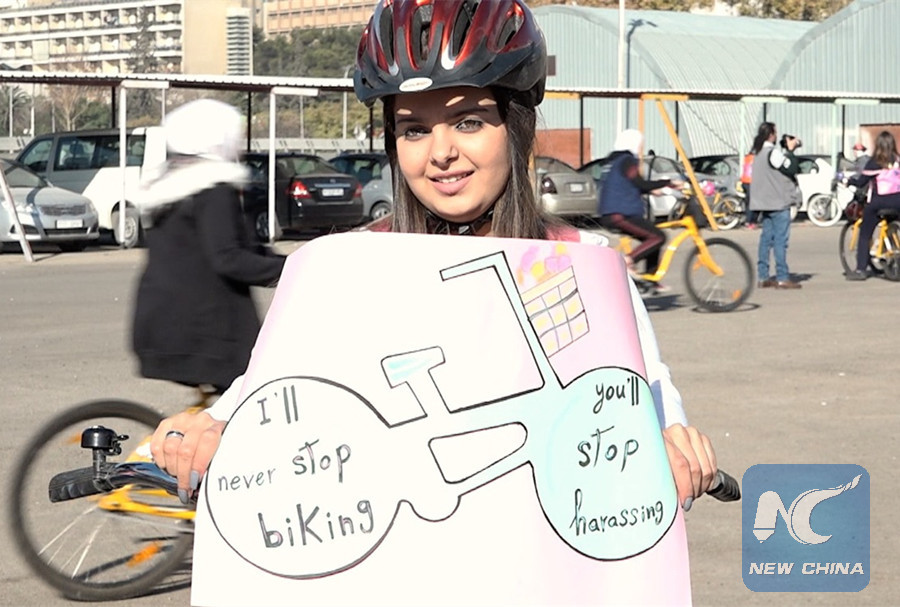 This protest ride also reflects another important change in Syrian societal climate. The constant decrease of war violence in Damascus and Syria as a whole is not only a great and hopeful news but it influences the mind-set of urban residents. With less life-threatening attacks and mortar shell explosion, the people of Damascus can start to worry about “normal” things in life, like traffic jams, property prices, public amenities, and the overall quality of urban life.

The Only 4 Strength Workouts You Really Need for Cycling

West Yorkshire to Get the Longest Cycling Tunnel in England?

Bikejoring: An Exercised Dog Is a Good Dog