When looking for a new bike, the confused Santa will ask the shop assistant for brands such as Dasher, Dancer, Prancer, Vixen, Comet, Cupid, Donner, Blitzen or at least Rudolph.

He’ll save himself the trouble of explaining to the police why he travels with a herd of deer in heavy traffic.

He’ll get some mudguards to protect his bag from the dirt.

During the season, he’ll bike at least ten thousand kilometres in order not to get chafed from the saddle later, when he’ll have to do a billion kilometres to stop by all the houses on Earth.

He’ll become the toughest rider in the history of Strava.

He’ll consider leaving his bag at home and using the services of a bike-packing company instead.

He won’t have to listen to the reindeer moaning about dragging presents all over the planet again.

He’ll speculate on the necessity of locking his bike when parking it behind a chimney. 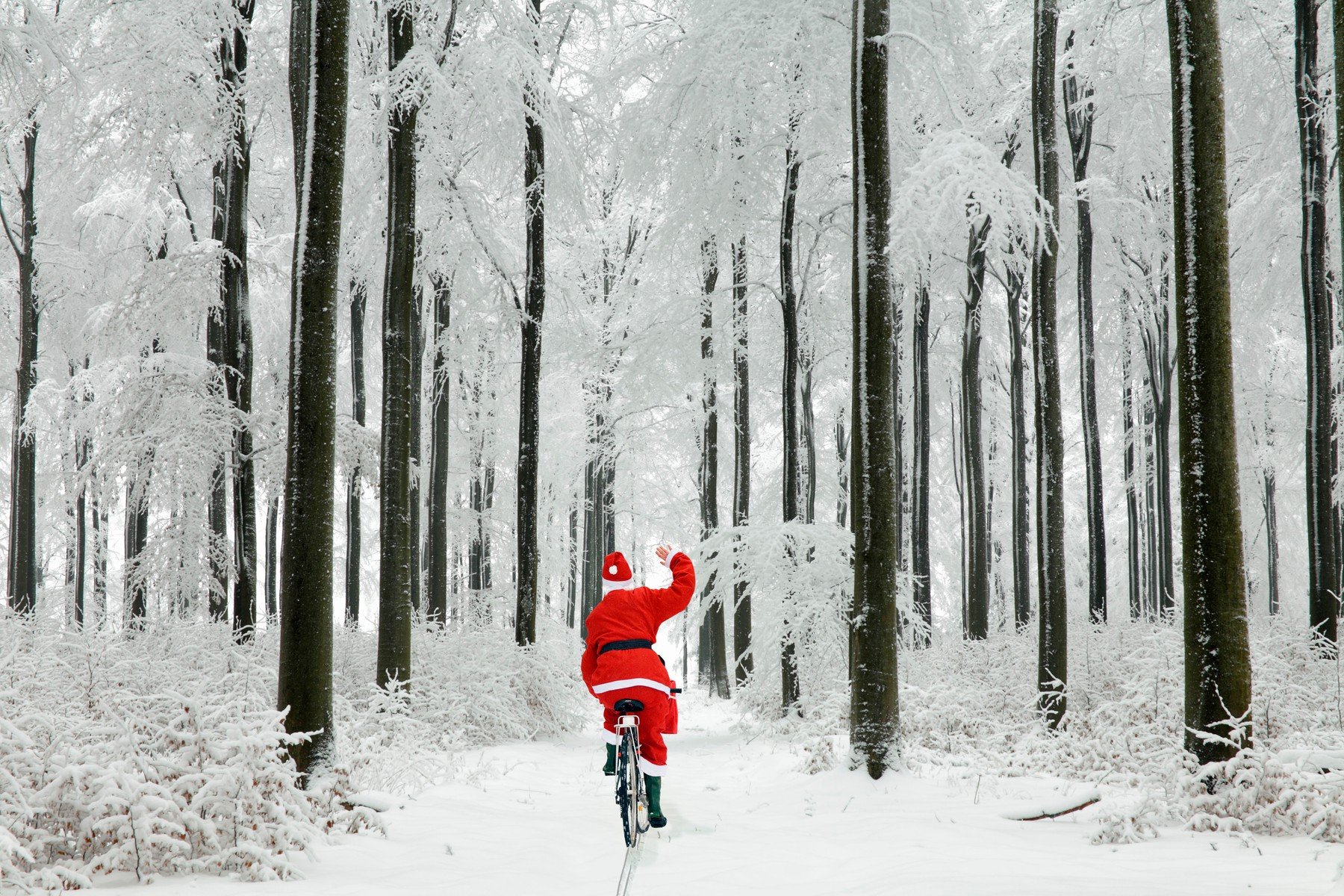 He’ll beat all the members of the Icy Bike Winter Commuting Challenge group on Facebook.

To remain undetected, Santa will try to blend in with messengers and pizza delivery boys.

Because of his beard, he won’t be faced with the dilemma whether he’ll become a hipster when commuting on a bike.

The bike won’t get uncontrollable once a herd of female reindeer goes by.

The bike won’t make a fuss about the heat in Africa.

In the centres of big cities, Santa will reminisce about past years when his work wasn’t complicated by prohibitive signs.

There will be no more troubles during the rutting season.

Santa’s view won’t be blocked by all the antlers.

If Santa doesn’t want to get disqualified from next year’s Christmas, he should avoid peeing in a test tube after the ride.

And What About Your Dog? Does He Bike with You?

How To Stay Fit During Christmas by Jiří Ježek