We’ve already informed you on a few occasions of tourists causing ruckus with bicycles in the world’s cycling capital – Amsterdam. Like throwing them into the city water canals where they need to be fished out for the tax payers’ money, and such. Like any other picturesque European capital, Amsterdam too has been dealing with the seasonal influxes of tourism and its consequences for quite some time now. And even Amsterdammers, known for their tolerance, have had enough of another alcohol-fuelled tourist pastime.

We’re talking about the infamous “beer bikes”. The contraption is a small, pedal-powered cart for groups of about 12 people, fitted by a beer keg and bike saddles encircling the “bar table”. This mobile, one-table beer garden has become a popular way of celebrating stag parties and other group events among tourists. And as you can guess, a runabout full of noisy drunkards roaming your city streets can become a “nuisance”. Last year some 6,000 Amsterdam residents, many of them living in the inner city, handed the council a petition to ban the “terrible phenomenon”. The city’s mayor at the time, Eberhard van der Laan, issued a ban but was taken to court by, most surprisingly, four beer bicycle operators. Their main counter argument was the ban was “imposing on people’s freedom”. 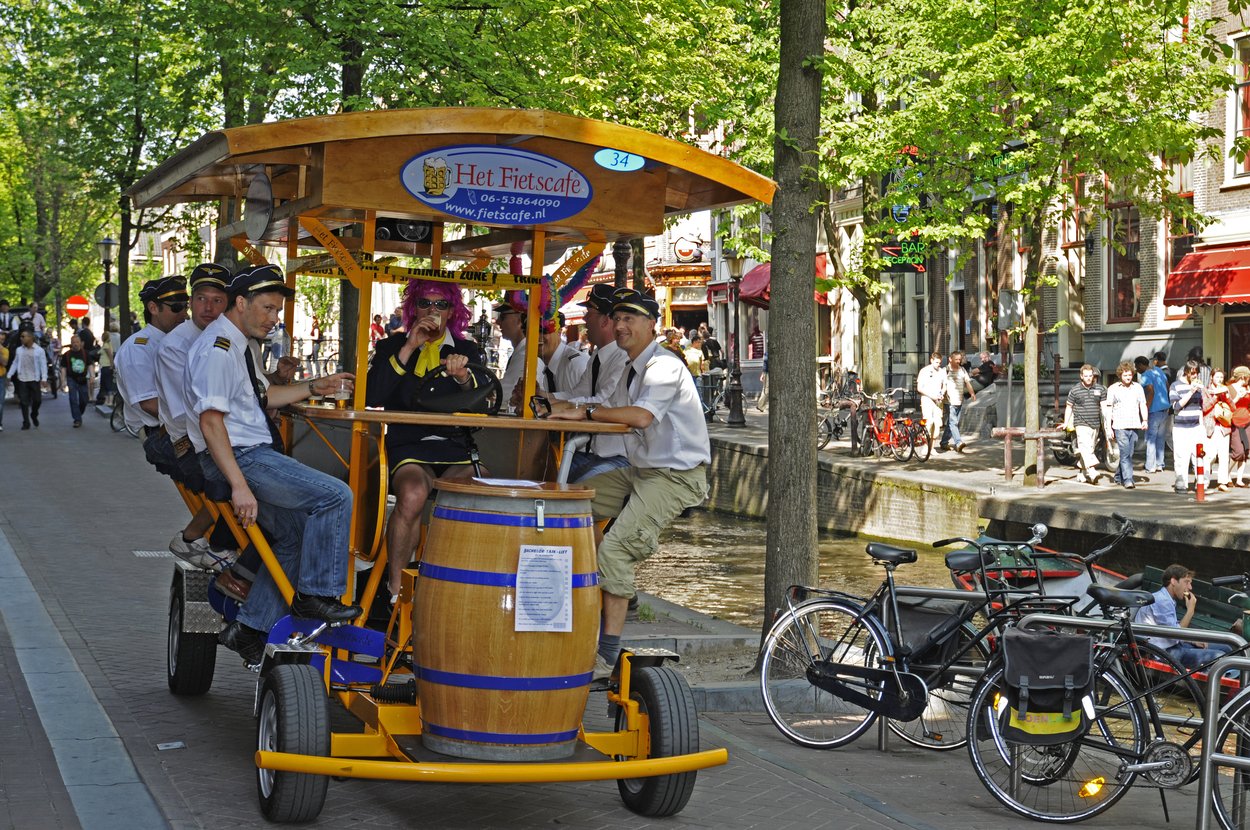 The last year’s ban proposal was struck down by the court because, according to them, it was not “properly motivated”. However, Wednesday November 1st 2017 saw the ban go active as the court judges revisited their decision and agreed that problems caused by the beer bike including shouting, public drunkenness, and lewd behaviour such as urinating in public (in residents’ flower pots on more than one occasion) were enough to ban the bikes.

Overall, Amsterdam is looking into ways how to address its ever growing popularity and the huge swaths of tourists visiting this city of 830,000 residents. 17 million people are attracted by the famous canals every year with a yearly 5% increase and many a resident was heard complaining that the city has become a giant attraction park. The beer bike ban should be just the beginning of the city council’s effort of curbing the problematic behaviour caused by intoxicated visitors.