Most of the thieves, 95 % of them, are using entry-level tools. They are opportunist thieves, they are cash-convertors. All those misfits want to do is to swap the bike for some fast money. The remaining 5 % is what you should be really afraid of.

Most decent locks are resistant against a whole range of wire and cable cutters but that doesn’t apply to common cable locks.

They can be cut through in seconds and, in urban environment, they can be likened to sending the thief an invitation to stealing your bike in a gold-framed envelope, so a solid U-lock should protect you in a majority of cases. 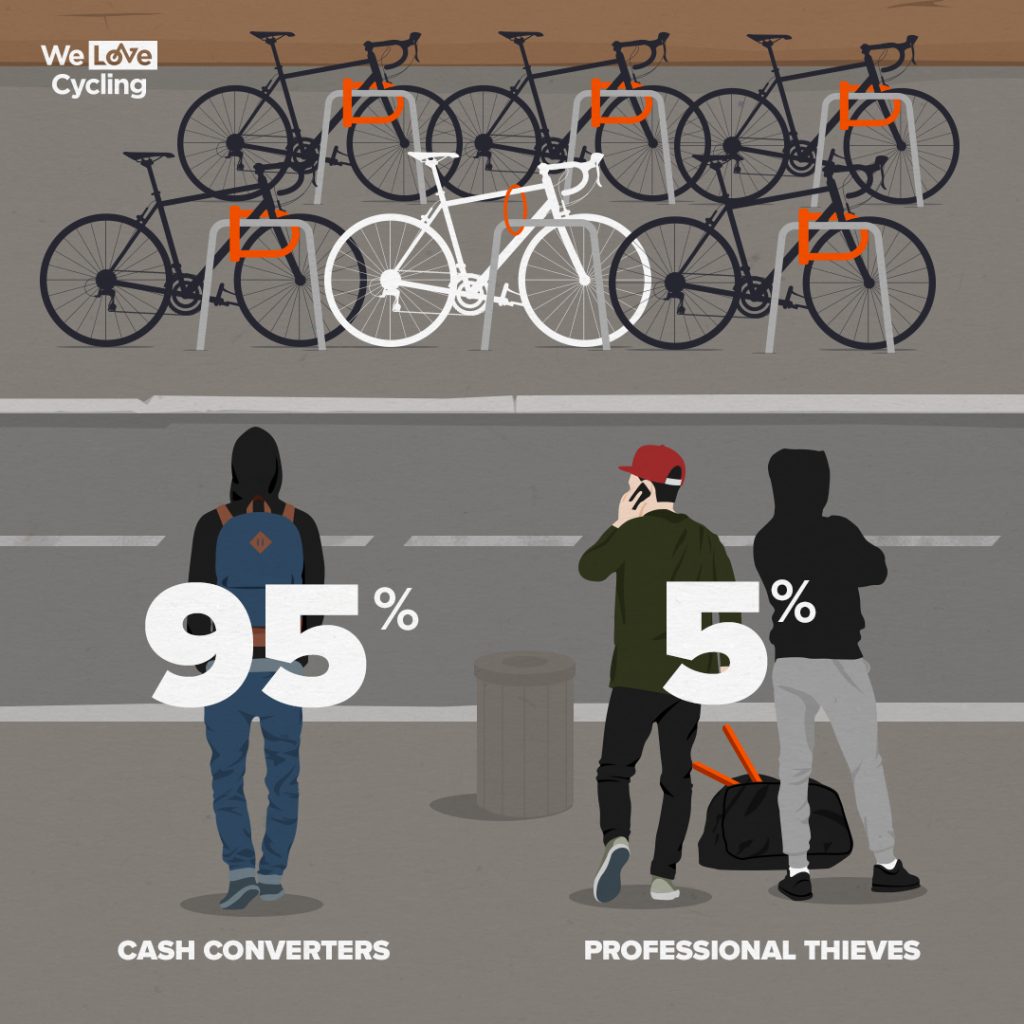 But there is also the 5% group of thieves. They come in organized gangs and with better tools, aiming for hi-end bicycles. Let’s say they have exactly zero problems with bringing long bolt cutters or even power tools to the scene. So, the same as them, you need to up your game. According to experts, the best locks to use are U-shaped and folding locks. While U-locks are just plain sturdy and hard to snap in two, the flat-link design in folding locks makes them hard to attack with bolt cutters – thieves’ favourite tool.

In major cities, it’s recommended to use more than one lock – while one lock is a nuisance for the thief, two locks are pain in the neck. Some manufacturers even offer shared locks that can be all opened by one key, therefore can be used by the whole family without carrying a huge keychain around. Also, you should make sure that your lock has a sophisticated cylinder. Many cheaply-manufactured locks share the same lock mechanism design, so the possibility of unlocking them with just another random cable lock key is scary high.

However, none of the locks claim to be indestructible – when the thief is armed with light-weight battery-powered angle grinder with tungsten carbide disc it will take a solid amount time to cut through the most resilient of locks but in the end it will be defeated. The point is to give the rascals neither opportunity nor the time.