Deep in the Ore Mountains you can find the Stoneman. Actually, it’s not a human being but a 162-km mountain bike trail that runs through Germany and the Czech Republic right in the middle of Europe.

Loaded with equipment, we hit the road this fall with a four-time Red Bull Rampage veteran Richard “Gaspi” Gasperotti. Have you ever seen him riding on a travel bike? Can you imagine a European freeriding legend on a journey with all the sleeping bags, mats, and other stuff needed to survive in the wilderness? 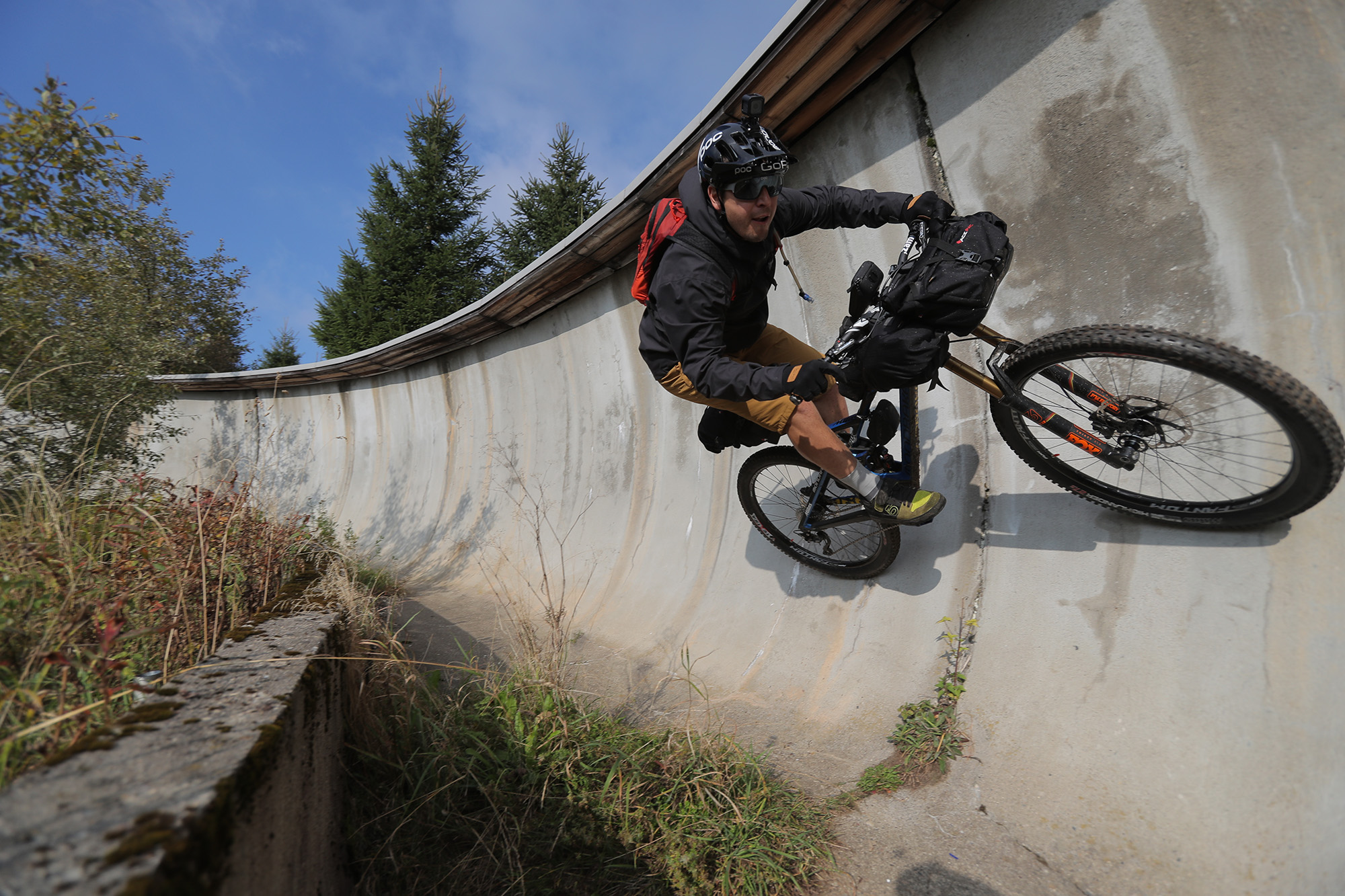 It wouldn’t be Gaspi if he didn’t do it his own way. Most likely, you will have a first-ever look at photos in which someone wall rides on a fully loaded bike in an abandoned bobsleigh or tortures the same overloaded means of transport over kickers in the woods. No big moves if compared to professional freeriding but consider the weight and dimensions of such fully loaded bike before you look at the pictures.

We left for the Stoneman trail as a group of four. Gaspi accompanied by a Czech biking instructor Petr Vondruska, Italian biking guide Filippo Mari, and me. Official “Stoneman Miriquidi” route runs through forest paths, single trail passages, and through a few picturesque villages found along the well-marked trails connecting nine highest peaks of both German and Czech Ore Mountains. 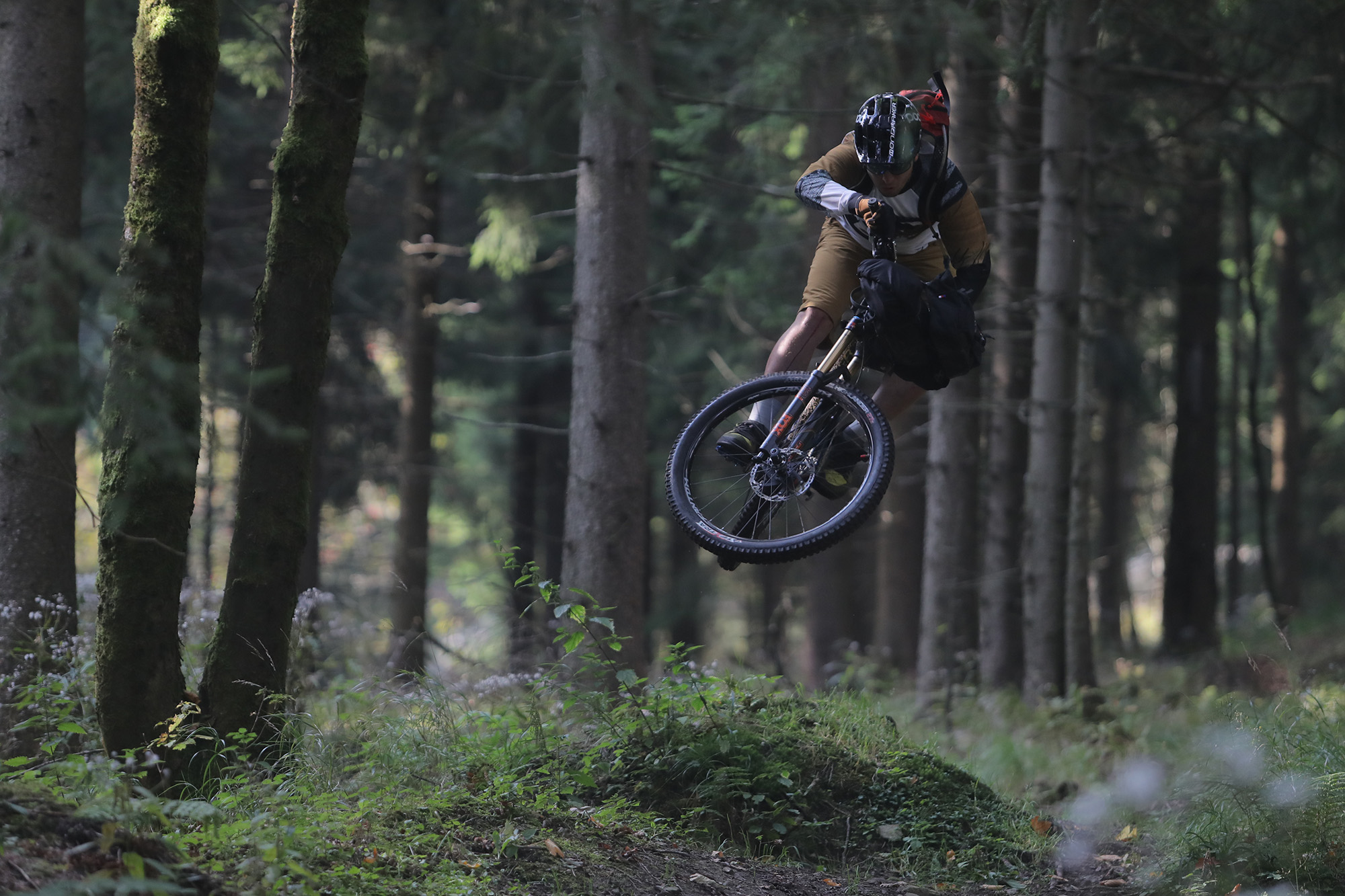 The Stoneman idea comes from the Italian Dolomites and so does the name of the original circuit. The impulse was brought to the Ore Mountains by the father of the whole concept, German Roland Stauder, who’s crowned his career of a professional mountain biker by winning the World Cup MTB Marathon, Transalp, and the Crocodile Trophy.

You can join the route at any point of the circuit. For anyone who want to take it seriously and according to the German sense of order, there’s a possibility of acquiring a starter pack at the Erzgebirge Tourist Office. The pack is essential for anyone who want to be featured as an official Stoneman Miriquidi finisher and want to support the maintenance of the route. It includes a card indicating crossed checkpoints, a backpack, a paper map, a bracelet, an assistance in case of failure of the bicycle, and a voucher for purchase of an official jersey. 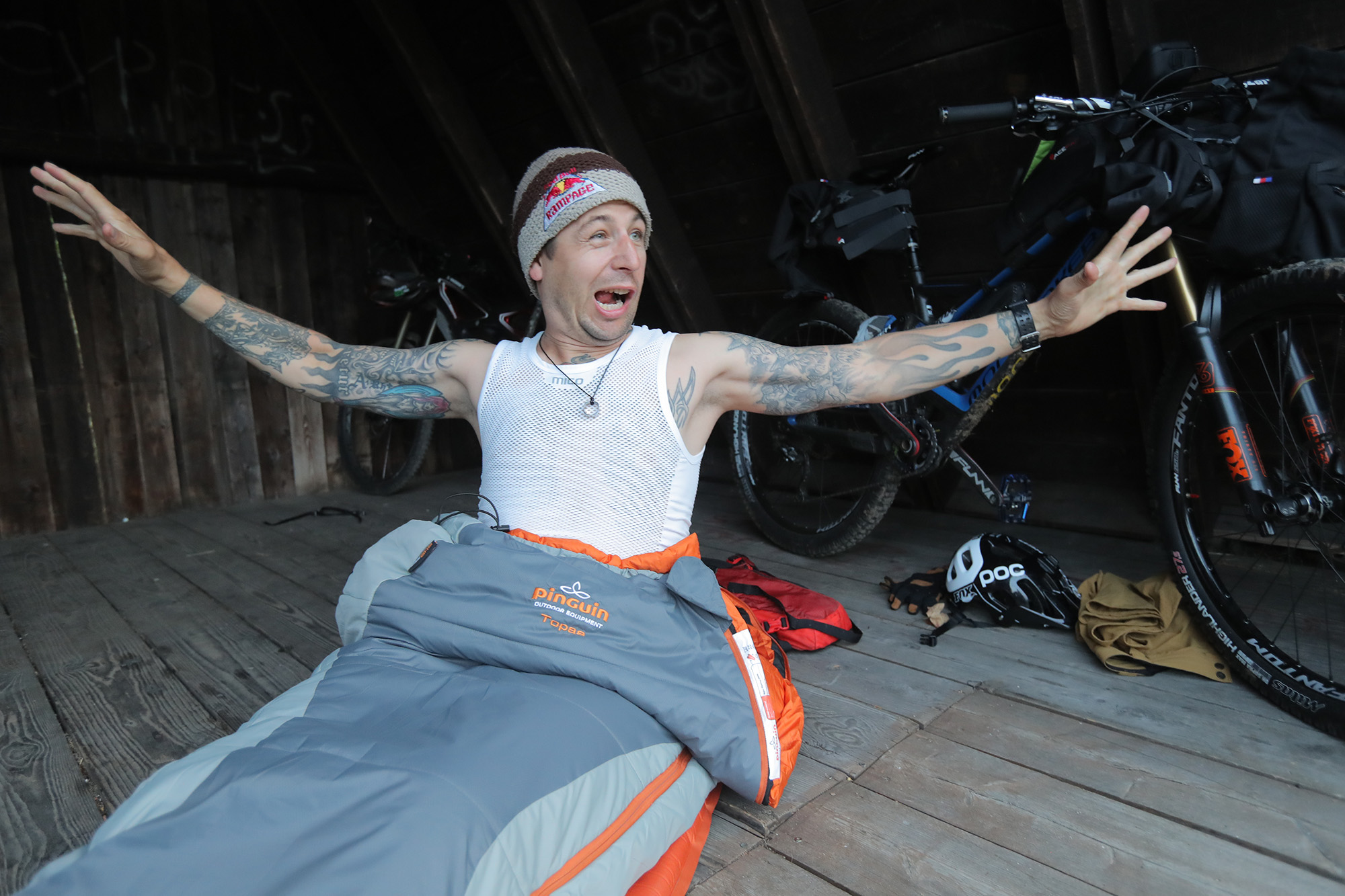 You can mark your starter card at each of the nine mountaintops as a proof that you climbed the entire route honestly and without alleviation, which is exactly what we didn’t do.

As we made stops anytime anywhere for a photo shoot or just to have a pint of delicious German beer, we had lost a lot of time and we were forced to cut dozens of kilometres off the official route. However, there are tons of athletes who officially accomplished the 162-km portion just in one single day.

“It’s not about performance nor technique, but about experiencing the wonders of nature,” says the Stoneman founder Roland Stauder.

Sounds good, however, we enhanced his concept with the growing trend of bike packing. So, what is bike packing? This is when you want to go somewhere by bike for more days, but you do not want to stay in cities, and certainly not in hotels or guest houses. The idea of travelling with luggage is far from being new, but in its original form it was all about heavy steel racks and clumsy oversized bags. This riding set-up was attractive for freaks but not for normal people. Bike packing has changed it all. The world is being crossed by hundreds of cycling enthusiasts carrying light baggage with all they need on the road. Every spring there’s the famous Great Divide cross-country race from Canada to the Mexican border in the length of 4418 km, which was defeated in less than 14 days this year.

Influenced by this attitude, we tried to do it similarly. Most of our gear, including sleeping bags, mats, tools, pump, several layers of clothing, a variety of bars, peanuts, a bottle of slivovitz, or a completely new Canon DX Mark II, was stacked mostly into one biking pack. 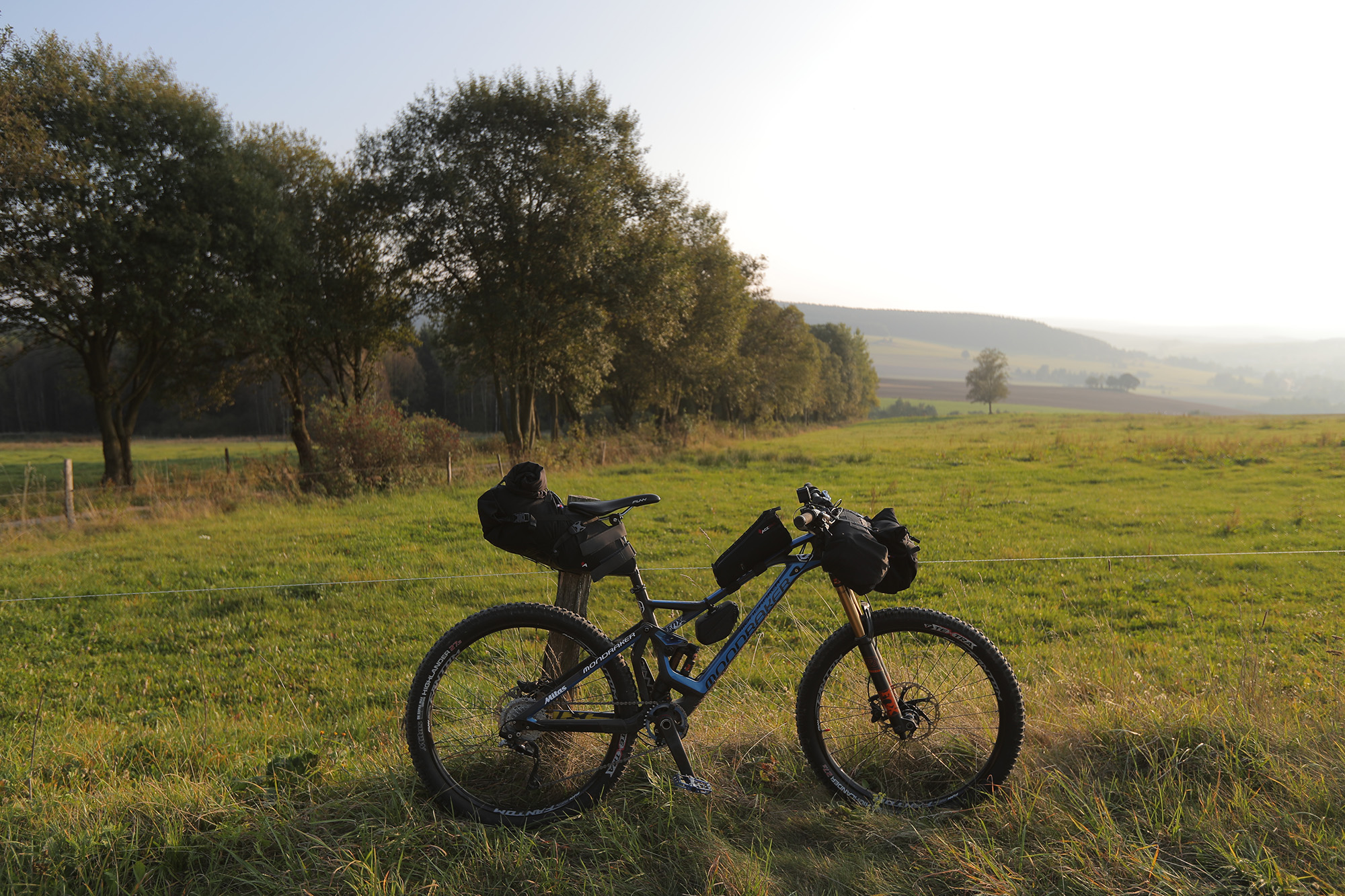 We spent two gorgeous autumn days in the beautiful Ore Mountains. Clearly, it’s a thrill to roll down the downhill track or just to fly through the bike park trails. However, isn’t it sometimes better to forget the people, leave everything behind, and set out into to backcountry?

BLOG: Tackling the Original Stoneman Is No Easy Task!

Vintage Cycling Paradise: What Was It Like To Ride in Amsterdam During the 70s?