On the final stretch of an equator spanning adventure across the globe, one couple’s journey was brought to an abrupt […]

On the final stretch of an equator spanning adventure across the globe, one couple’s journey was brought to an abrupt halt when their bikes and luggage went missing last weekend. But thanks to the power of social media and their fans they were able to meet their bikes once again.

Jo and Paul Casey, originally from Kent in England, arrived in Ireland on Friday to find that their possessions were nowhere to be found. Lost luggage is a pain at the best of times, but when you’re carrying literally all of your possessions, including the tent which serves as your home, it is a particularly precarious situation. Having sold or given away everything they owned in March 2014 before departing on their trek around the world, this ambitious couple has camped every night of their two-and-a-half-year, 39, 000km spanning trip. 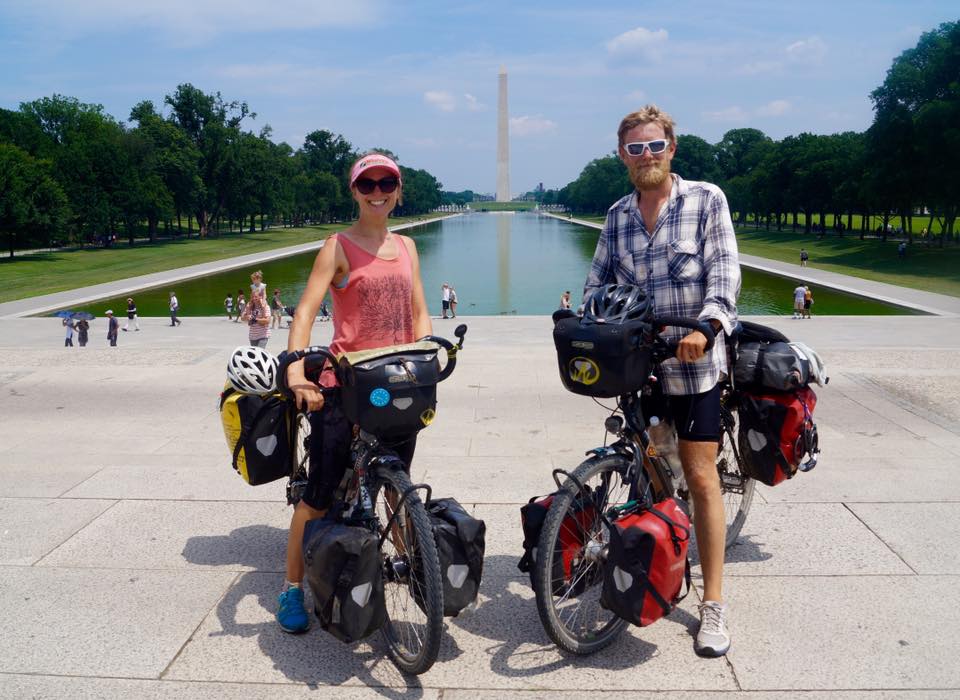 With a goal of riding the equivalent of the equator, they have no doubt faced other obstacles during their tour, but to suddenly find yourself without transport, accommodation or even a change of clothes must be a pretty overwhelming experience. The dream they are pursuing is one that emerged a few years ago as the couple realized they had both become disillusioned with their 9-5 office jobs and that there was no time like the present to switch things up. Crossing 40 countries on their journey so far, the couple had just completed the US leg of the trek, cycling from Los Angeles to New York in a three-month whirlwind.

Despite the fact that they described their lost luggage situation as a nightmare, of course they were not going to let anything stop them from achieving their goal. After reaching out to their social media supporters on Monday, their story began to go viral. Due to the inspirational nature of their journey, they have amassed a large following over the course of their trip and their supporters were quick to respond when they learned the couple’s bikes had gone missing.

Cycled the globe, now they're stuck in Ireland because Aer Lingus misplaced their bikes, and won't communicate wit… https://t.co/STLZK8dUfV

Along with a slew of tweets, the story was shared all over the internet as people eagerly tried to contact the airline and get the Casey’s back on the road. With comments like, “If you have any way of helping these two, please let me know. They’re almost done! It would be great for them to end their journey on a high note,” others followed suit and soon the airline had no choice but to step out of the shadows and be held accountable for the missing cargo. 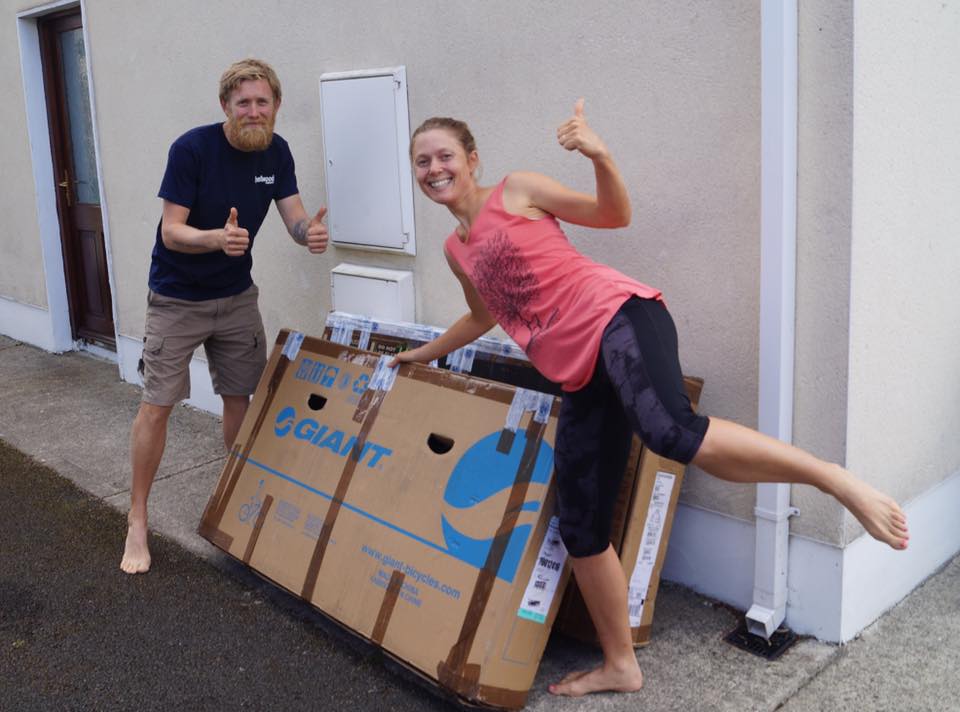 On Monday, the Casey’s posted to thank everyone for the support, claiming that “The power of social media is working… we’ve been contacted by the Irish Independent and Newstalk, the national Irish radio show. Within minutes, Aer Lingus called us and the bikes and luggage are on their way, and will be with us tomorrow at lunch time.” After learning that the bikes hadn’t even left New York until Monday, the couple was finally reunited with their gear – in addition to over six months of journals and numerous sentimental keepsakes from the 2-and-a-half-year journey yesterday. Back on track and ready to complete the final leg, we’re glad to note that the couple will have a happy ending to their journey and can return home on the same proud steeds that have carried them the world’s circumference!