Jiří Ježek: Injury made me stronger

At the age of eleven Jiří Ježek lost his right leg below the knee in a car accident. By the […]

At the age of eleven Jiří Ježek lost his right leg below the knee in a car accident. By the age of twenty he had taken up competitive cycling as a hobby. After five years of hard training Ježek began to emerge as one of the worlds top cyclists, riding in the paralympic LC2 category. Since then the Czech road and track racing cyclist and Paralympian won medals at each of the past three Paralympic Games. Now he prepares himself for Rio. 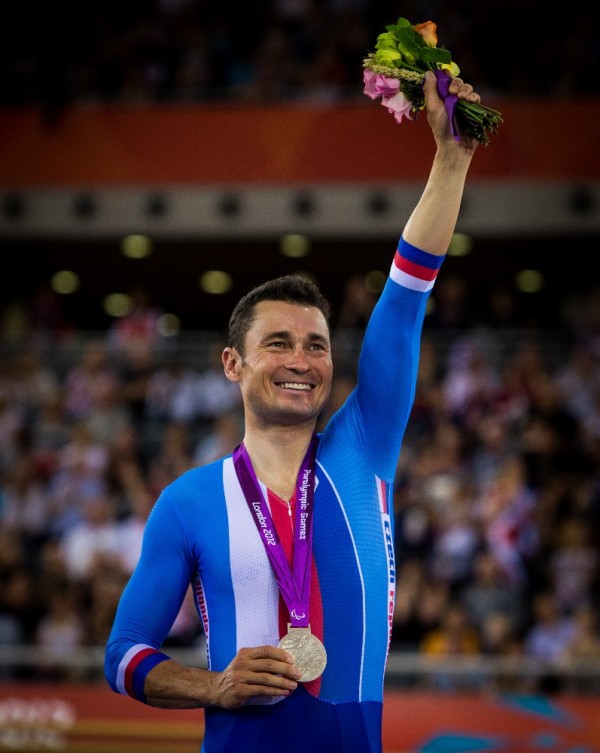 Reading your bio reminds me that you have not been competing until your childhood car accident. Is it so?

Yes, it may sound a bit crazy, but the injury definitely made me stronger; it was a complete change of my life-style and focus. I loved sport even before my accident and my childhood dream was to be a professional athlete, but to be honest I did nothing special to achieve it. I was kind of lazy, easy-living boy… Luckily, that day changed everything. You can imagine that losing my right leg after being run-over by a big truck on the streets of Prague was a big shock for eleven-year-old kid, but it was also important wake-up call for my life motivations.

Do you still remember your cycling beginnings?

Soon after the accident I started to ride my bike, because it was easiest way how to leave the house with my family and friends. I can say that my bicycle replaced my missing leg for the first weeks. Later, when I was able to walk again, I started to practice all sports as I did before. I played soccer, basketball, volleyball, but all just for fun. My competitive cycling carrier came much later, when I was twenty. It was just a hobby at first, but it slowly became more and more important for me. I started to like the hard work, everyday training routine and I even started to like the pain. With my first international victories in ParaCycling competitions I realized that cycling could be the way, how to achieve something bigger in my life. And six years later I won my first Paralympic Games gold medals in Sydney 2000. And after another four years my childhood dream came true – since 2004 I have been a professional athlete. Almost a fairy tale, isn’t it? 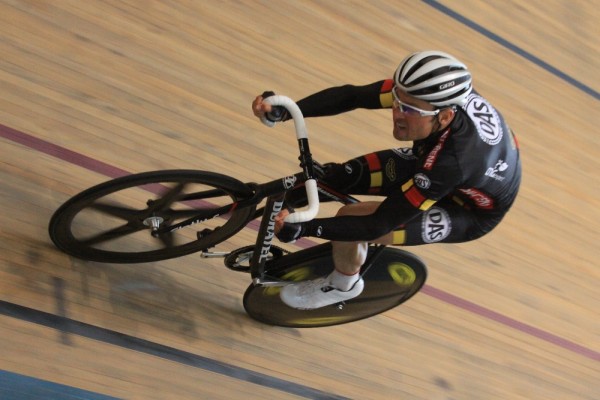 You’re competing even with non-paralympic professional racers. And not only competing – you’re beating them down. How big of a disadvantage is it to train and ride with only one leg?

Riding with normal able-bodied riders and later to race professional races was a natural step for me. When I realized that I am the best in ParaCycling I loved the idea to try my body with the pros. I started in 2004 and since then I’ve been honored to race around the world with a lot of world champions, Tour de France stage winners and great personalities of pro peloton. It’s always a big motivation for me and I hope it’s also the best promotion of ParaCycling and a super motivation for other disabled people. Of course, I cannot win professional race, but I’ve never finished last, always trying to finish in style. Having just one leg is always a handicap, but with extremely hard training and good racing spirit you can race very well, even with pro riders.

Are you afraid of the possibility of another accident when you cycle in traffic? In which countries are the car drivers respectful and where are they angry?

As a professional cyclist training in the traffic you take the risk every single day. You need good luck and some skills to avoid possible collisions, but generally it’s not as bad as it seems. With a little bit of respect between cyclists and drivers it’s a relatively safe sport. I always try to pick smaller roads without traffic for my training rides. And I cannot say which country is better or worse, everywhere you can meet friendly driver or a stupid arrogant d*ckhead… 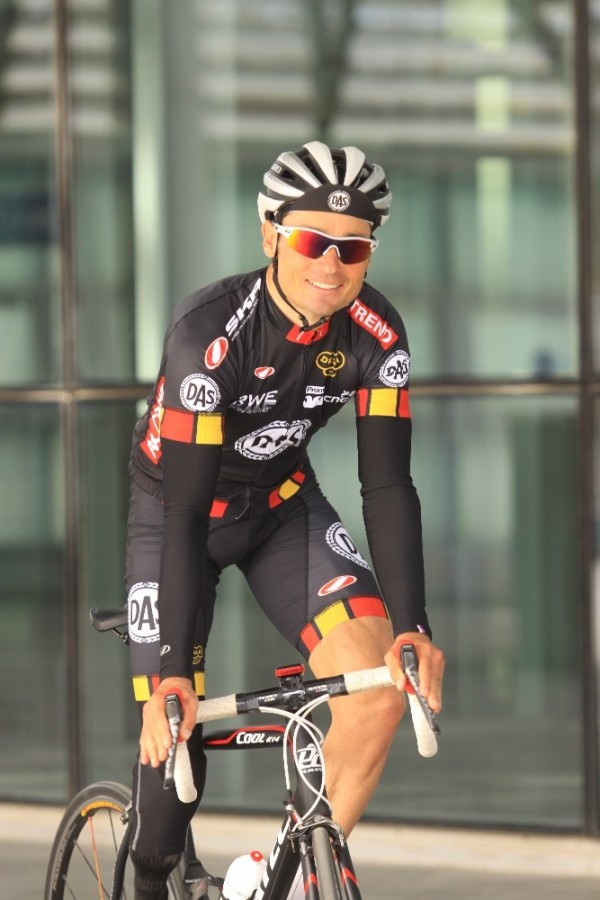 In 2014 you crashed while racing in Greenville, South Carolina. How bad was it? Do you still suffer from some aftereffects from your injuries?

That wild crash at the finish line of the 2014 Road World Championship was almost fatal. I really almost died on the scene. Two riders collided in the sprint and one of them just fell onto my front wheel. I couldn’t avoid the crash and I was catapulted on the side barriers. Unfortunately, the barriers were really unsafe, I still cannot understand, how the Technical Delegate of UCI could approve the course. Anyway, the sharp fence ripped my chest and opened my rib cage. My lungs were punctured, I lost two ribs, some teeth and my right arm was broken badly. It must have been a horrific shock for my wife, standing on the finish line watching it. Luckily, immediate medical assistance and amazing medical care in Greenville Hospital saved my life and surgeons made everything possible to reduce damage to my body. After three months I was able to resume training, but to be honest I’ve realized, that aftereffects of the injuries are too deep to get the same level of fitness as before. So, I will never be the same champion again, but it’s O.K. by me. I’m really happy that I am able to get back on the bike and race again, even when my results would never be so shiny…

Can you describe your bike? Is it somehow adapted to your handicap?

There is no difference, my bike is the same as what pro riders have. I just adapted my cycling prosthetic leg. There is no foot, the pedal cleat is straight on the bottom of the extension tube of my carbon leg, so all my power goes straight to the pedal. With the Garmin Vector power-meter pedals, I can control the difference between the left/right leg and the ratio vary from 65%/35% (in the hard part of the race) to almost perfect 52%/48% (on a recovery ride). 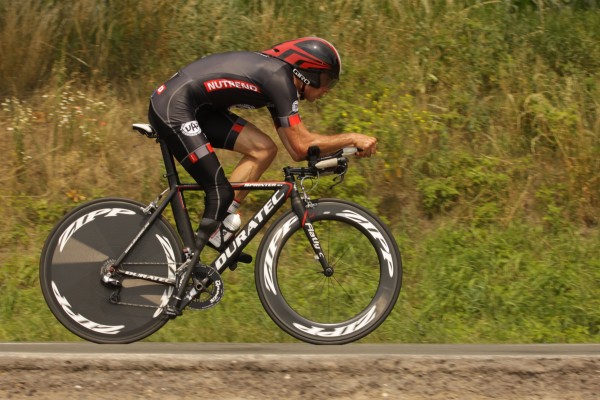 After riding all day long most cyclists complain about pain in the legs. What about you? Do you also have some excuses when your stamina drops down?

The pro riders often joke that I have pain in just one leg. I always say it’s maybe true, but the pain is double… No, there is no difference, professional cycling is just about the constant pain. No pain, no gain. Of course, I have special issues sometimes about using prosthetic, but it’s a part of the deal.

You became the most successful cyclist in the paralympic history. Can you tell us how was this possible?

Winning my sixth Paralympic Gold medal in London 2012 helped me achieve that. I have eleven Paralympic medals in total, another six UCI ParaCycling World Champion titles. That’s is so far the best collection in history, but it was possible just thanks to great people around me and their perfect support I have been given all my carrier. It’s a special feeling to be the best in history, but I believe there are many talented and successful riders, so maybe just after Rio Games somebody better will emerge. That’s O.K. with me! 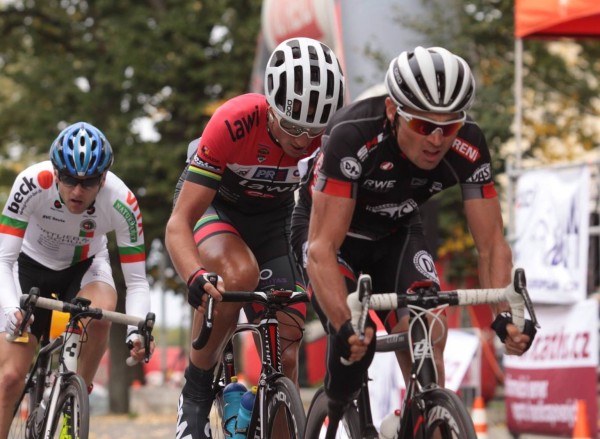 What are your goals for the upcoming season? What about Paralympic Games in Rio?

After the accident last year I would be happy just to get a nomination to Rio and race there in style. To be honest I have no chance to get a medal there anymore, partly because of my last injuries, partly because of the changes in ParaCycling rules, because I have to race against riders with much lower handicap. Anyway, it would be great to perform well in Rio and make my fans happy again.

You’re well-known for your clean-sport and fair-play standards. What’s your opinion on recently found mechanical doping in cyclo-cross championships in Zolder? Do you think that similar boosters are being used also in another kinds of cycling?

You know, there will be always some cheaters in cycling. Doesn’t matter if it’s drug doping or mechanical doping. Somebody will always try to find some shortcut to victory. But I believe that those cheaters are not happy inside, they must live with the lie. They cheat themselves, their loved ones, families and fans. And one day the true comes out… I believe in clean sport, fair play and hard work. And I’m happy with that!