Another Monday is here and our news from the world of cycling with it! So what did you miss? The […]

Another Monday is here and our news from the world of cycling with it! So what did you miss?

Nacer Bouhanni and Michael Matthews showed amazing skills in the Paris-Nice sprint. Bouhanni, who had originally won, was relegated by the commissaires to third place, and the stage win went to Michael Matthews. Anyways, how the heck did they manage to stay upright?!

On February 1st, 2016, the legendary mountain biker Kelly McGarry sadly passed away. In October 2015, during his final competitive event – the 2015 Red Bull Rampage, a film crew spent 72 hours with ’McGazza’ to create an intimate portrait, which is to be released under the name Peaking: Rampage. You can watch the trailer in the video above.

There have been a number of insidious attacks on cyclists lately. We’ve informed you about the verdict on the ’War in the Woods’ case, but that was a trifle in comparison with what has been found on a Kent cycle trail.

Barbed wire at chest height was discovered near Wormshill, and it certainly didn’t get there by accident.

“I was riding with my head down and I happened to look up when a glint caught my eye and I realised something was stretched across the road. The wire was tied between two trees. It was neatly cut and stretched tight. I was shocked. I felt like I had a lucky escape. It didn’t look like the work of kids, it was so tidy. I don’t really understand why people do this sort of thing. I normally come the other way down the hill but I had decided to do it in reverse. I would have been going at 20 mph and I would never have seen it. I would never have stood a chance. It was something out of Mad Max. It was definitely a trap,” said Daniel Webster, the man who found the barbed wire, to Kent Online.

The incident is already being investigated by the police. 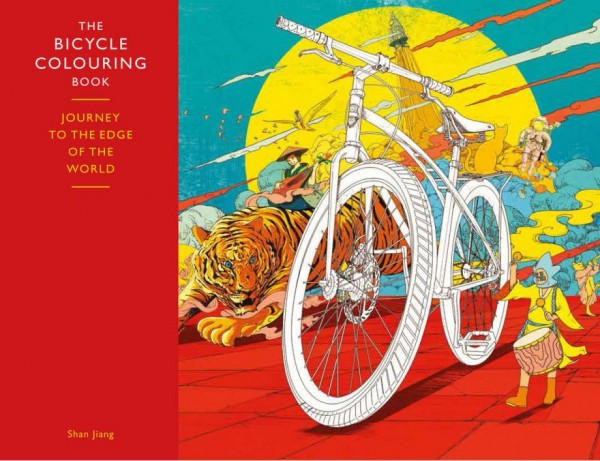 Colouring books for adults have been a big hit for the past couple of years. So it was only a matter of time until someone would think of cyclists, and that moment is finally here. Shan Jiang created a 120-page book, which combines the elements of cycling and fantasy and is simply stunning. Just pick up some pencils and let your own imagination run wild! 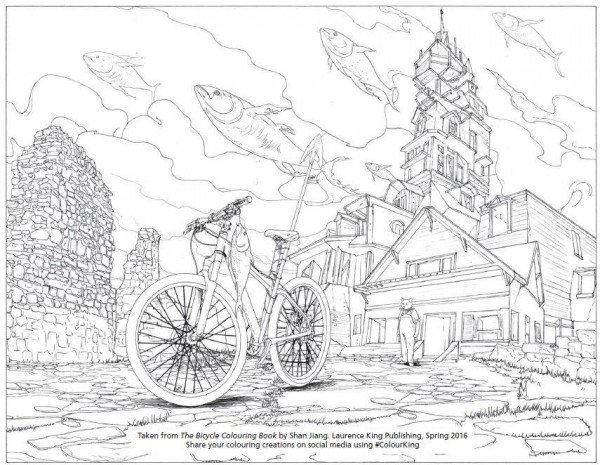 Will never understand why you'd need a separate bowl to stir the eggs before you scramble them.

The Ride Argyle racer is quite a philosopher, eh? Who’s guilty of this?