Five years ago Hayley was just an ordinary PhD student focusing on her studies, but she went through such a […]

Five years ago Hayley was just an ordinary PhD student focusing on her studies, but she went through such a radical change, one could scarcely believe it. She is 45 kg leaner, became the British National Time Trial Champion, just finished the Tour of Qatar and is looking at the prospect of starting at the Rio 2016 Olympics. But where did it all begin?

“I was good at a few sports,” she told the Sunday Times. “But I wanted to stand out at one of them. I’m quite stubborn. If I start a book, I have to finish it, even if I don’t like it.”

She tried netball and rounders at school, then switched to rowing at the age of 13. When she joined Cambridge, she had already represented England at the 2004 Home International Regatta and was hoping to compete in the famous University Boat Race against Oxford, but training and racing were on Saturdays – and so were chemistry lectures.

Determined, she set her alarms earlier and earlier, turning up exhausted to lectures and going out onto the river in the evening. It paid off, they won the boat race and Simmonds no longer had motivation to keep up her gruelling schedule. Throwing herself into her finals, she stopped sport altogether, yet continued eating a high-carb training diet, and got out of shape.

Her now fiancée Mark Holt knew Simmonds craved competitive action and suggested she give cycling a go – something he had done professionally. He lent her his bike, she picked up a cheap jersey and shorts and set off on a journey to glory up the British time trial ranks. 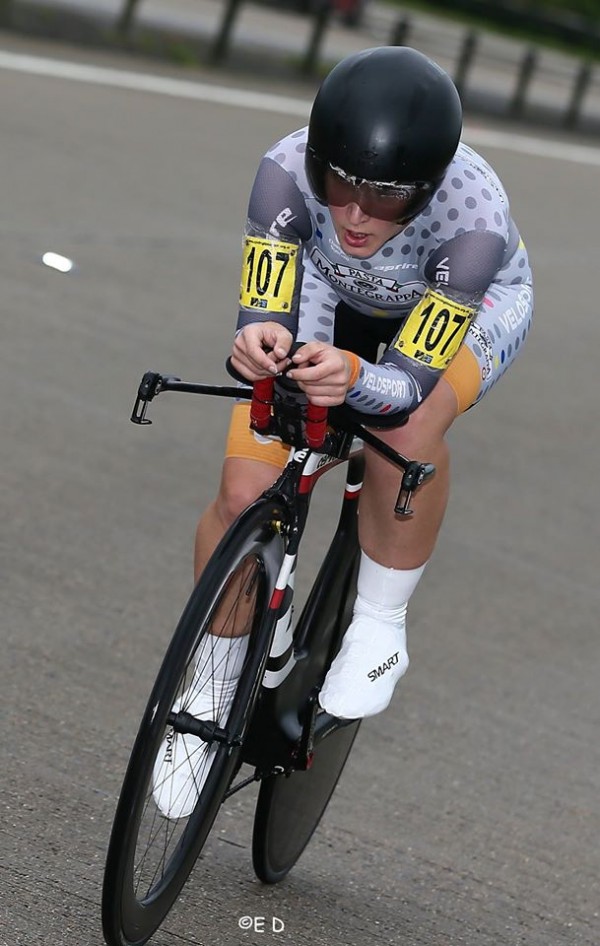 “I liked the simplicity of it,” she said. “It’s you, the bike and the clock. I finished second in a national time trial series and thought, ‘I can do this. Maybe if I lose some more weight I can get better?’.”

She embarked on a high-protein diet, eating nuts, eggs and sometimes even steak for breakfast, cutting out things like cereal, pasta, and bread, and giving away the cakes she loves to bake!

Sticking to this, training on the turbo twice a day, trying to squeeze in three-hour rides early on summer mornings, and repeating the mantra, ‘lose an ounce, gain a second’ led to her leaving her rivals for dead in the British National Time Trial Championships – just five years after first sitting on a bike.

Over a technical 33km course she beat Liv-Plantur’s Molly Weaver and Paralympic Champion Dame Sarah Storey by over a minute, earning a place in Team GB’s World Championship Team. 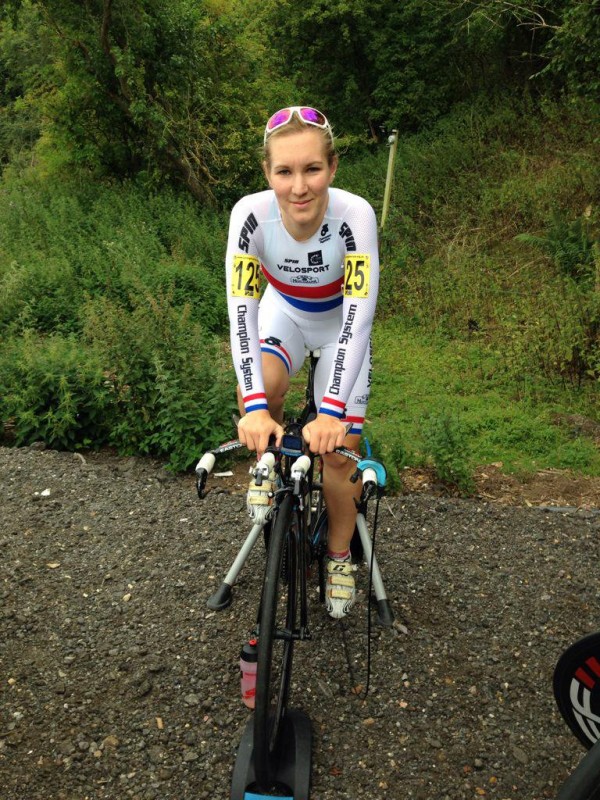 After disappointing hugely in the time trial, Simmonds put herself in the map of the Women’s Elite Road Race, taking a crucial stint on the front to aid teammate Lizzie Armitstead. As Armitstead crossed the finish line the World Champion, Simmonds, making her debut, was the only other British rider to follow. She finished 79th and it now doesn’t seem so crazy to be talking about Rio 2016’s time trial.

“I was proud of that performance,” she said. “I felt like I was starting to belong and I got good feedback. I think that the coaches were a bit surprised.”

She added: “I always knew making it to Rio would be a stretch, but if you’d have said last January that I would win the British Championships and go to the World’s people would have laughed at you. I’ve got to carry on working hard to show that I deserve a spot in the team.”

Simmonds completes her PhD thesis next month and will join her new team United Healthcare in the US in April, returning to the UK at the start of June to compete in the Women’s Tour and British Nationals, hopefully gaining Olympic qualification in the process.

Israel Start-Up Nation Is Building a Team for Froome: The First Domestique Arrives