Inside the Nitro Circus: Interview with Tomáš Zejda

Nitro Circus started out as a humble garage-project back in 2003, but the very first series of DVDs was such […]

Nitro Circus started out as a humble garage-project back in 2003, but the very first series of DVDs was such a hit it soon became a phenomenon, admired by millions of people from all around the world. The whole crew, Travis Pastrana included, is on the road right now doing the 2016 European Tour and we spoke to Tomáš Zejda who managed to be in their Prague show.

The Nitro Circus shows are done by the same group of people no matter the location. It must be nearly impossible to ride with them. How did you manage to do it?

First of all, I love challenges and this was one of the biggest yet. I was at a beach, scrolling through my Facebook, when I saw that Nitro Circus is coming to Prague where I live and after all the Crankworx stops and Red Bull Rampage I decided I wanted to be a part of the craziest crew in bike business, if only for that one night. I wrote a few e-mails to the right people, added my portfolio and results from my last 3 years and then I got an answer saying that if I am going to do some sick moves in practice, I can do the show with the other guys in front of my local fans! 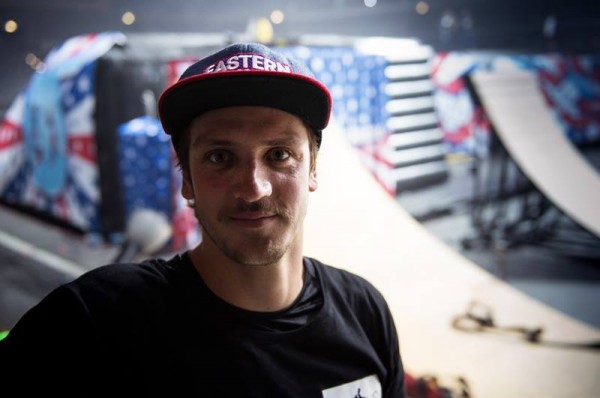 Did you watch the original DVDs or the MTV’s show? Was being part of the Nitro Circus something you dreamed of for a long time?

Nope, but I’ve been following Travis Pastrana my whole life, he was at the beginning of all this madness we do these days. It doesn’t matter if you ride moto, bikes or micro scooter. I didn´t know it was even possible to participate in this show as an outside rider. Now that it happened, I am dreaming about a few more. It’s always about challenges. That’s what I like…

There was a huge crowd watching the show. How did you feel right before doing your bit? Were you nervous at all?

Not really, I am always pumped when the crowd is full up, actually, I was in Frankfurt all day long on Saturday, then I came back home and I didn’t even sleep at night because I was thinking about the guys, the jump and the chance that was in front of me. It’s hard to do same crazy stuff like the guys who ride this jump every day. Because all I got was one-hour practice. It was such a pleasure to ride in front of Czech fans though…

Was there time to meet Travis?

Yes, I met him and I have to say, that he is such a good guy. I saw him talking to his daughter on Skype, super funny situation. He’s a rider, a legend, good guy and a great father. He came to me just like a normal guy, asked me about how I feel before the show and we talked a bit about events, other shows and life in general. After the show he asked me how was it, if I liked it and he said “thank you for your riding and your flipwhip as a start of the show was awesome”. It was so cool to hear it from this guy. 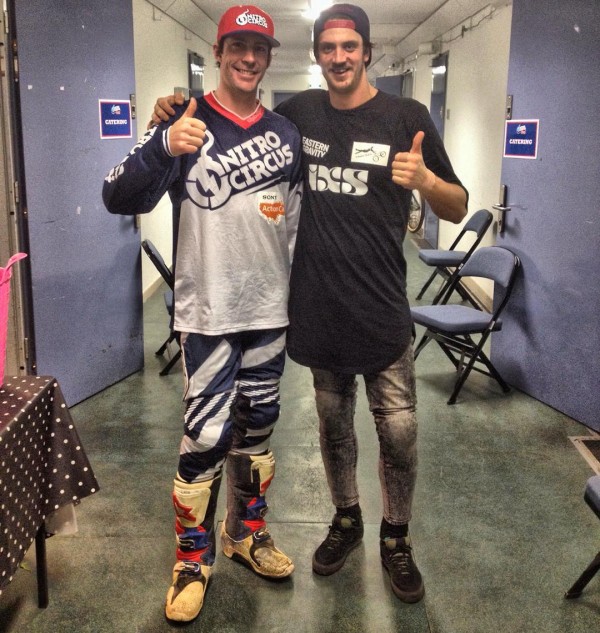 How did the other guys react to a new face?

I got a cheering from the whole crew, including management and few Nitro Circus presents. I’ve already met few of them during my travels across the world. When you know these guys, they’re just the same as me. They love to ride a bike in front of a huge crowd. It felt like a group of friends going for a bike ride.

The Nitro Circus show is a pretty wild thing. Is it the same backstage?

They normally have 6 shows in 7 days and they always try to give 100% to the fans. When I came backstage, everyone was super lazy, laying on the floor, scrolling through Facebook and Instagram, eating, sleeping… The show is 2,5 hours long with the hardest tricks possible. They need to chill a lot and be ready for the rest of the tour. I totally agree with their lifestyle.

Did you manage to pick up a trick or two from the other riders?

I did my highlight from my pocket like always, I made a list with tricks I wanted to do there. Few days before the show I bought a plane ticket to New Zealand where I’m going to have the first stop of the of Crankworx tour, which is one of the three biggest events on the planet in Slopestyle. That’s why I couldn’t risk anything, there is always chance to get an injury for sure, but you know… I am currently working on one new trick that I saw during the show from the guys (laughter). If you see a triple backflip on BMX it’s time to start thinking about a double on MTB. 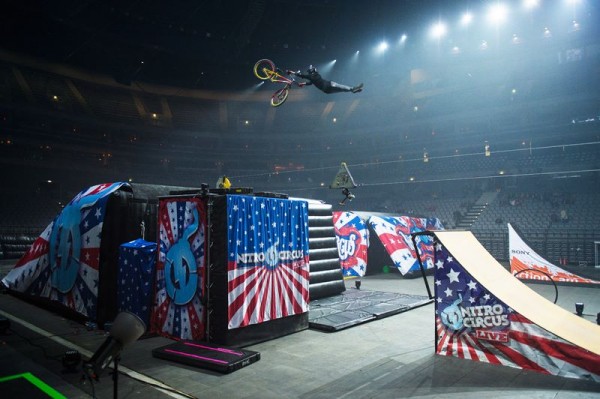 Now that a few days passed by, how do you feel about the whole experience?

It’s more like a week and I am still really stoked about it, but sad because I got just one hour of practice on one of the best jumps I have ever ridden. Even had to go for 3-4 interviews during the practice time. That’s why I didn’t have too much time and I had to do all of my crazy stuff in a really short time, perhaps this helped them to make an easier decision about my showtime.

Will it affect you in the future in any way?

We will see, I hope it will bring something new, I’ve already put one of the photos into my presentation, still working on new partners for upcoming season, I hope this will help them to make a decision.

It would be awesome to see Nitro Circus back in Prague in the near future and ride with them again! I will never forget it! 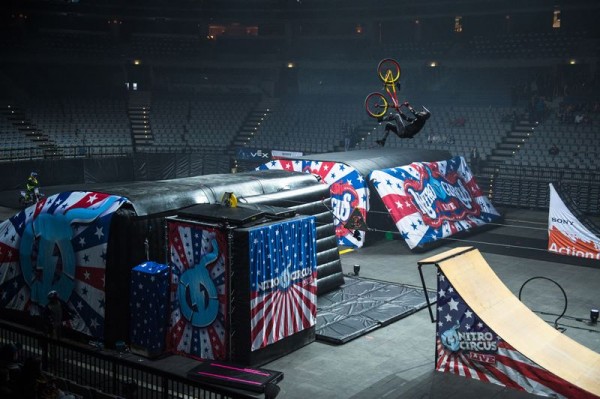 Well, we wish you all the best in your career. Thank you for your time, Tomáš!

Thank you for this interview and I’d like to thank all my partners and friends who made my dream come true!

Israel Start-Up Nation Is Building a Team for Froome: The First Domestique Arrives