A Short History of Cycling Outside the West

When the bicycle first sailed the ocean to Asian and African countries, it didn’t make a good impression. On the […]

When the bicycle first sailed the ocean to Asian and African countries, it didn’t make a good impression. On the contrary: the weird two-wheeled object was perceived as a suspicious thing imported by the not-so-beloved Western colonialists.

In Europe, the introduction of the bicycle brought something new, exciting and ground-breaking. After just a decade, the bicycle became a transportation vehicle enjoyed by all social classes. But in Africa and Asia, it took much longer for the success to come. The era of the bicycle only began after World War II. What were the reasons?

Thanks, but no thanks

The first and most significant problem was how bicycles were labelled. Instead of being perceived as a means of progress or innovation, people saw bicycles as just another imperialist move from the west, a tool to transform their society into one that would resemble Europe. While people perceived other west-imported objects like soap as something useful, the bicycle brought a whole another (and quite offensive) message: “Hey, you should change your ways and become more like us!” That, dear Europeans, was uncalled for. In China, for example, the transformative nature was so enraging that the whole situation escalated in violent protests.*

The cycling story in Africa had a similar genesis: it took a long time before the bicycle finally shook off the colonial associations. One story for all: in 1931, a man from a rural village in the Belgian Congo acquired a bicycle, something uncanny in the 1930s. He used to ride it to work and back. Years later, his neighbours remembered him as a ‘white man’.

In Japan, the resentment towards the western and the modern was not so profound. Before the dawn of the 20th century, Japan already had its own prosperous bicycle industry, exporting its products to foreign countries. But still there were other obstacles the bicycle had to overcome to find its way to the hearts of people. Initially, bicycles were introduced as a luxurious object for the well-off. Poorer classes did not have any spare money to spend, especially not on an odd two-wheeled object.

Women of all countries, don’t even think about it

It’s hard to find cultural commonalities shared by countries worldwide, but cycling represented a significant exception to this rule. It did not matter if a woman was born in Japan, the UK, or India. The first decades of cycling were reserved for men only: for women, bicycle simply wasn’t an option. In many Asian countries, these cultural barriers lasted for more than 50 years.

In Africa, things took even longer. Until the late 20th century, bicycles were just another symbol of the subordination of women. In Ghana, for example, men happily used the ‘iron horse’ to get to their fields and back home. Unlike women. When they were returning from the fields in the evening, carrying heavy loads on their heads, their men would be passing them on bicycles. No cargo included, obviously. 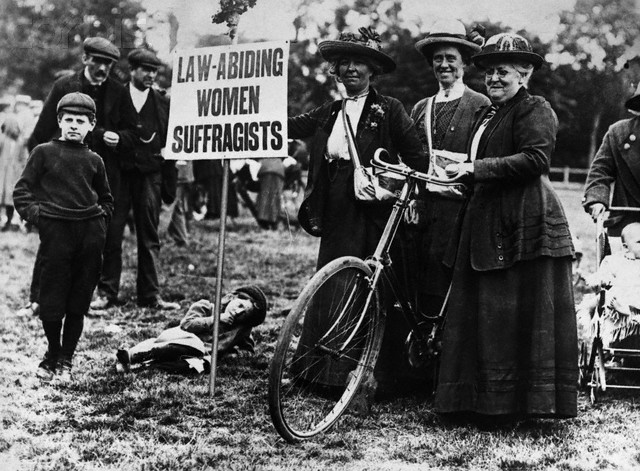 It comes as quite a surprise that the mankind found out bicycle was quite a useful tool when it came to politics and social control. In the colonial and even post-colonial era governments would enact taxes on the use of bicycles. While governments restricted public use of bicycles, police would patrol the streets on two wheels. But things also happened in reversed order: when rebelling against the colonial powers, people found a great accomplice in the bicycle. In Vietnam, for example, bicycles were used as a great vehicle for transportation of bombs.

Wherever it arrived, the bicycle had a significant impact on society, its structure and social relations. As mentioned before, it also shaped international relations. Let’s just hope that in the present and future it will only keep bringing people closer together, help fight social inequalities and segregation and promote a healthy and sustainable life style across the world.

*The Chinese bicycle story had a little ironic twist: in the 1960s the state-sponsored programmes promoting cycling made bicycle such an inherent part of the society that most Chinese believed (and some still do) it was their invention.

Louise Sutherland: The Unstoppable Cycling Tour of the World

The Bicycle Politics Throughout the History

Pospisil Brothers: The Legends of Football on Wheels