Introducing the Bikefluencer: Three Tales of Inspiration, Perseverance and Change

Our last year’s Why We Ride? elicited many responses from cycling fans from all walks of life and we couldn’t help but notice a reoccurring pattern – personal stories about the spark that started or rekindled someone’s passion for cycling. We kept coming back to the root of Why We Ride? and a more specific question we would love to ask all active bike owners naturally crystallized over time. What or who got YOU into cycling?

We strived to dig deeper and meet the real-life humans behind the individual accounts that were more than worth of retelling and sharing; they deserved to become the inspiration they were meant to be. And that’s how we got the pleasure of meeting Alex Borská, Tamara Olga Górecka-Werońska, and Clàudia Galicia Cotrina, the spearheading, trailblazing heroines – our bikefluencers.

So, who exactly is a bikefluencer? It’s a person, whose utmost dedication and enthusiasm for cycling makes you get up, get out there, and saddle up. Someone who infects you and others with their you-can-do-it attitude and inspires to find joy and freedom on two wheels – but on your own terms. Someone who can motivate you to discover your unique way how to push harder, live better, and overcome difficulties – via a bicycle.

“With the Bikefluencers campaign, we wanted to place the focus more on women, their bikes and their stories, so they could see themselves represented,” said Josef Matějovič of ŠKODA, the leader of the We Love Cycling platform.

Let’s get acquainted with three stellar examples of all the above.

Alex, the youngest of the trio at 11 years, comes from a sporty family of skiers and cyclists. She was always an active child despite her handicap and when a charity organisation offered to get her a handbike, the decision was a no-brainer for Alex. At first, it was a bit of struggle because handbike handling can be tricky thanks to the shifted centre of balance, so Alex practised in parks and closed-off cycle paths. And when she got the hang of it, everything changed. Suddenly, she was independent. And that’s a life-altering feat for a girl that was used to getting around only with the help of crutches or a wheelchair. 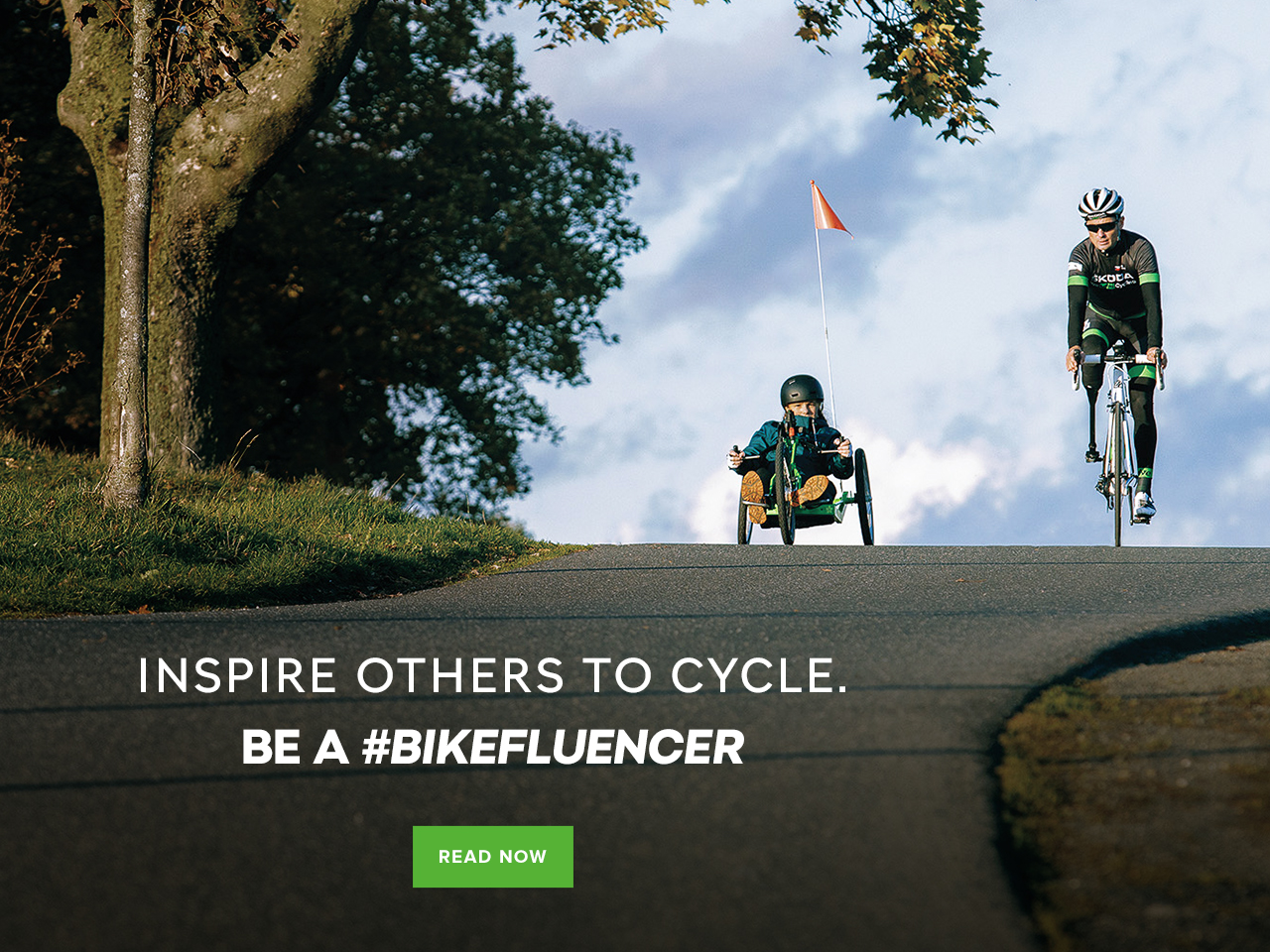 Then came her first race – she finished second and she recalls how the boys she bested weren’t very fond of that fact. “Tough luck. You don’t always get what you want,” quips Alex. Then came another breaking point: Alex met Jiří Ježek, the Paralympic cycling six-time champion. “There is nobody like him. He made me believe in myself and showed me there’s more out there. Thanks to him, I am not afraid of any race, even the international ones.” Alex now works and trains tirelessly, often under the guidance of Jiří who helps her to kick-start her career and to work towards her ultimate goal – to join the Czech national Paralympic team.

“Experience teaches us that love is still the driving force behind many changes in our lives.” That was Tamara’s first reply when we asked her what or who inspired her to take up cycling. At the age of 40, she found herself at the steps of a bicycle shop because her son wanted to join an MTB club and it turned out that the store’s owner who was also the club’s manager – happened to be Tamara’s future husband. Since then, her path to cycling was pretty straightforward although certainly not easy. She never really cycled before and she needed to put in the extra effort but her son and husband served at the passionate inspiration and source of advice she needed. That was ten years ago. Nowadays, she runs a successful and active Facebook group for female cyclists called Profidea dla Kobiet (Profidea for Women) that regularly meets in Krakow to do group rides, training sessions, workshops on road etiquette and basic bike anatomy and repairs, and much more. What ties it all together, though, is a sense of belonging. 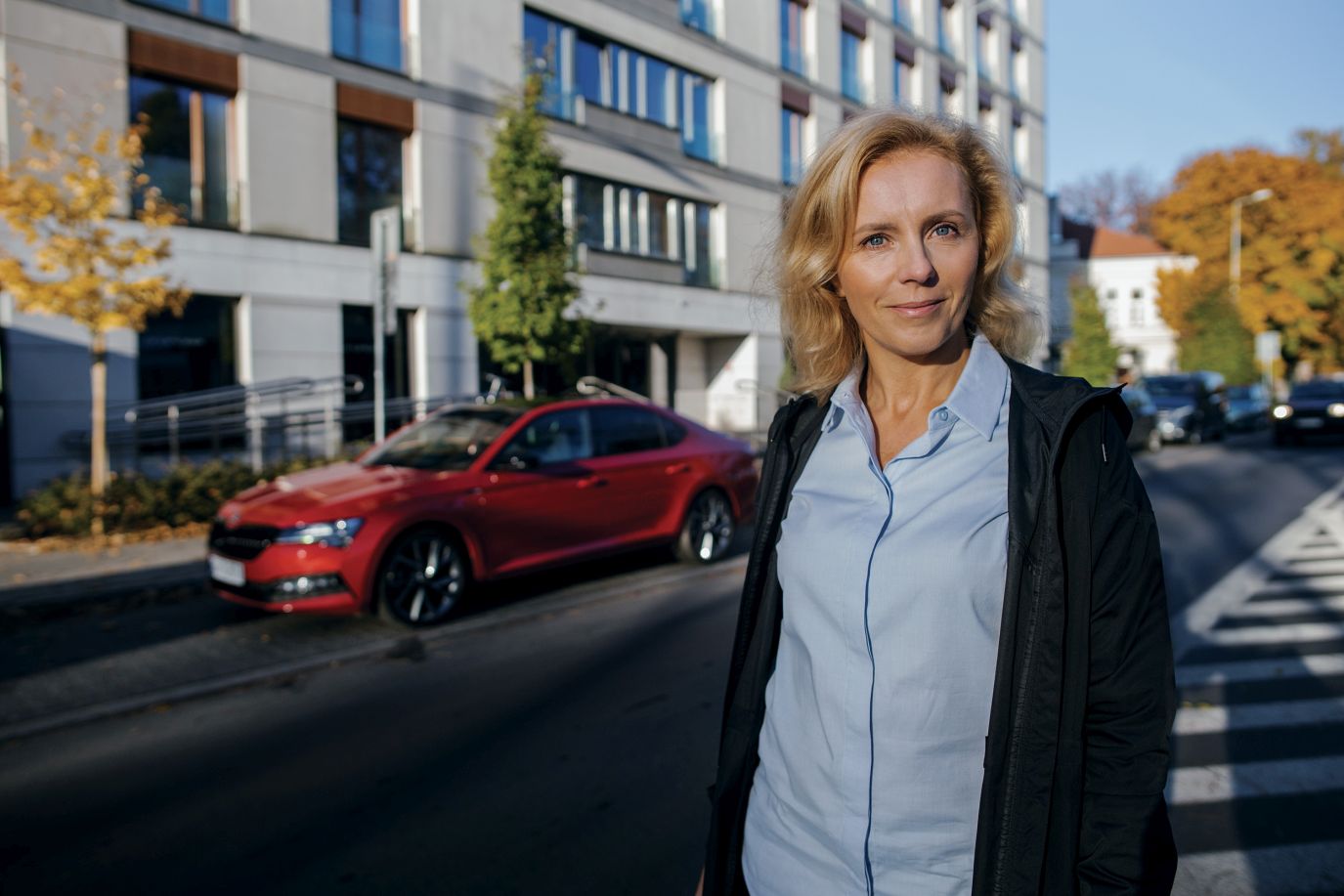 “Since I started, hundreds of women joined our cycling group. Believe me; there is no greater self-confidence boost. My principle is, no matter how fast, no matter how far, we cycle together. I love to look back and see smiling faces,” Tamara shares. What’s more, she combined her passion for cycling with her physiotherapeutic skills and started doing business as a professional bike fitter. Everything she does, she considers a life mission that gives her great satisfaction.

Tamara concludes with bulletproof advice: “Do you want an anti-ageing antidote? Look at me, I am 50, and you won’t believe that I am already a grandmother.”

According to her own words, Clàudia led quite the ordinary life until her friend suggested she should try registering for an MTB race. She would have never considered it herself – she was a full-time architect without a serious interest in cycling, entirely focused on her job and friends. But she got intrigued and gave it a try. After six gruelling stages and stiff competition, Clàudia became the winner of nothing smaller than the feared Titan Desert Race. Her life took a sharp turn towards cycling as brands rushed in to support her career as an athlete. Since the race, she started riding and training regularly and nowadays, she spends 80 % of her time as a cyclist by profession. 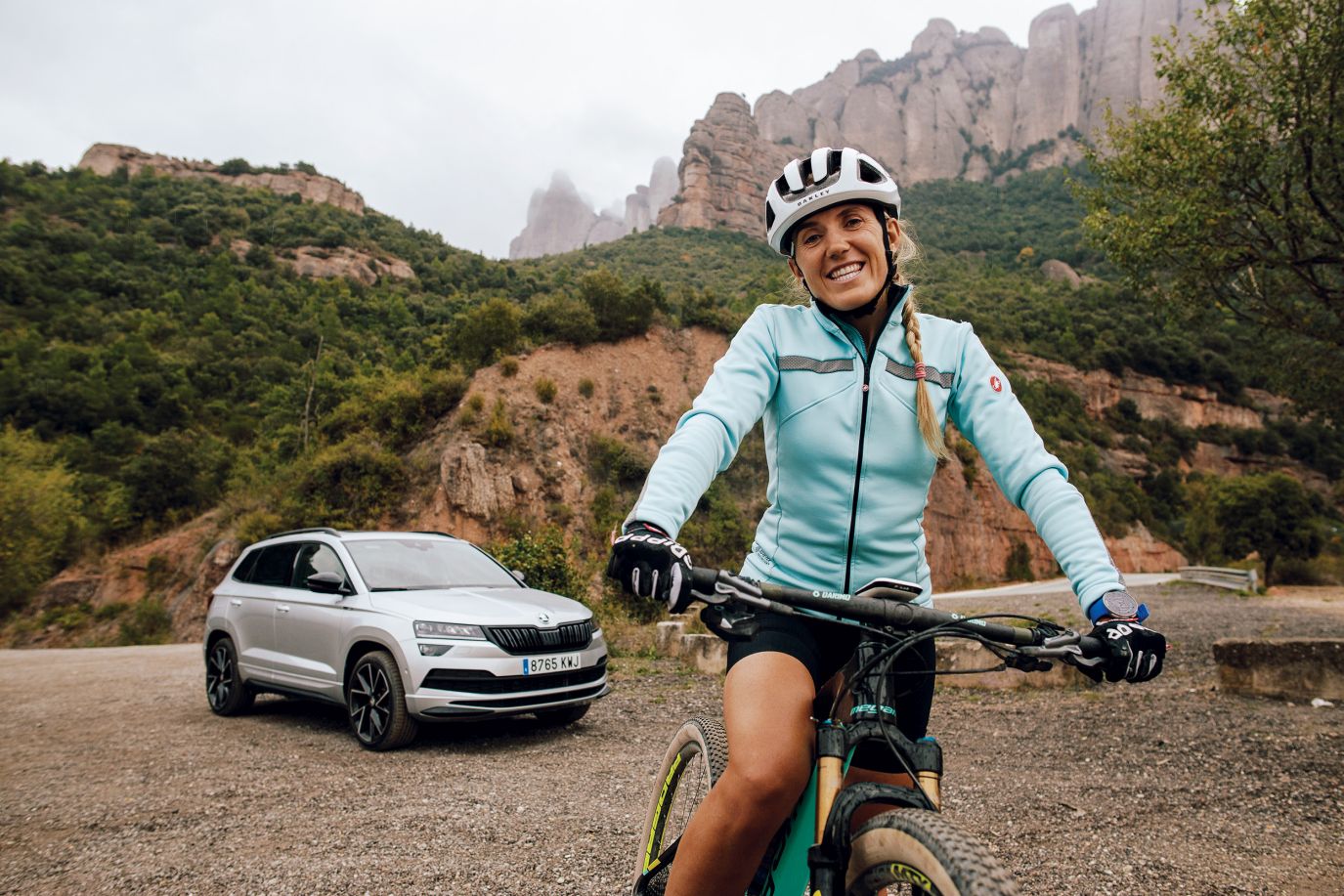 Clàudia recalls she used to call the first training sessions and outings on a bike her “moments of decontamination” and precious instances to “load back energy”, as her then job as an architect was rather time consuming and demanding. Since the “big change” she knows that bringing someone to cycling can be the best thing in their lives. That’s why she also runs MTB summer camps exclusively for girls where they can learn not only the technique and tricks but also to enjoy themselves on the bike and to try their hand at races if they’re interested.

We hope anyone can find that spark of inspiration they need from these amazing stories. Or maybe you’re already out there, giving it your best on a bicycle? If so, who encouraged you to put a spin on your life? We want to hear all about your #bikefluencer. Also, stay tuned for the updates on the Bikefluencer project, as the last stage will bring a challenge of passing on the love for cycling, giving anyone the chance to become bikefluencer themselves.