Marshall Walter “Major” Taylor was an American cyclist who turned professional in 1896 at the age of 18. He’d move from city to city along the American East Coast, competing in track events including British formatted six-day races. He chewed up competition and within a couple of years of turning pro, Taylor was breaking world records, earning the nickname of Worcester Whirlwind. And he did all this in racially-segregated America. 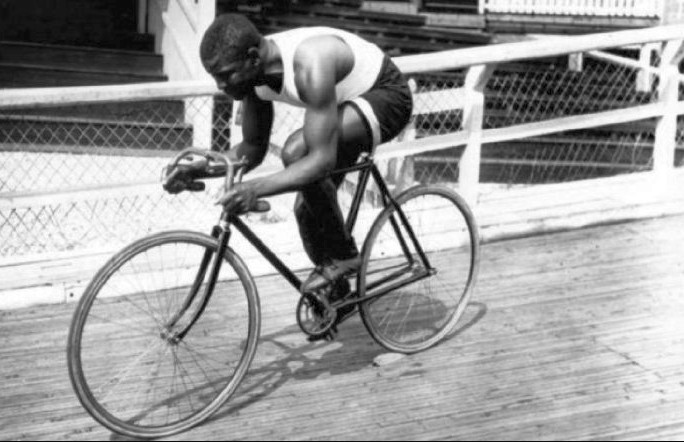 Six-day races were popular events as the bikes at the turn of the 20th century would hit speeds of 40 miles per hour on the track – more than the cars of the day. The idea was to see how far you could race. You could take a rest whenever you wanted to – only to watch your competitors rack up miles.  It was brutal enough without the segregationist racism. Remember, this was at the height of the “Jim Crow era” and Taylor was born just 13 years after the passing of the thirteenth amendment to the constitution of the United States, which finally abolished slavery.

Some cyclists refused to race him and Taylor is quoted as saying that he’d been “bumped, jostled, and elbowed until I was sorely tired”. The “n” word was often used to intimidate and belittle Taylor.  And Taylor responded by winning race after race and setting records that threw down the gauntlet to his racist detractors. In fact, his perseverance and excellent performance made him the first African American World Champion cyclist in 1899. 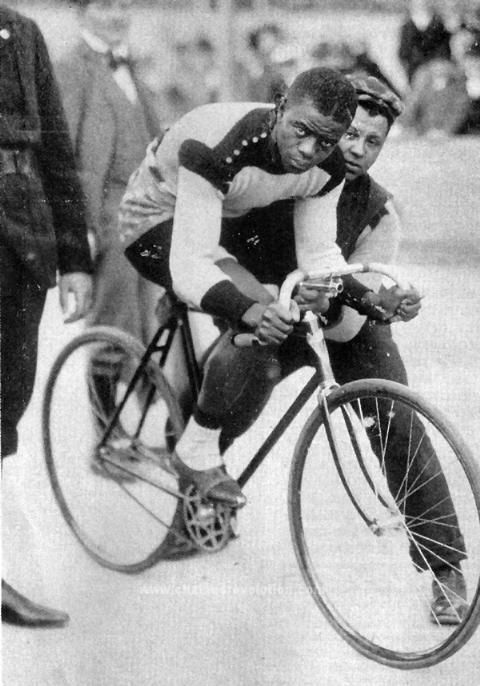 But in the above image, you see Major Taylor’s support man was white. Tom Hay, a white man of Irish Quaker descent, gave Taylor free bikes as a teenager in exchange for Taylor performing stunts.

The Worcester Cycle Manufacturing Company saw Taylor’s athletic potential and paid him to ride for them.

When the League of American Wheelmen changed their rules to keep blacks out the sport, commercial sponsors were supporting Taylor’s career. And this tradition has continued thanks to the likes of Specialized – and Justin Williams.

Williams grew up dreaming of participating in Le Tour de France but his instinct to break the mould took him on a diversion. In 2018, Williams became the USA Cycling Amateur Road National Champion – astonishingly, he won without riding with a team. Williams now has sponsorship and he is clearly happy with Specialized.

Ayesha McGowan, the first African-American female cyclist to go pro, pays tribute to Major Taylor in this video sponsored by a popular Cognac (drink responsibly folks…) and maybe that’s what’s going to change the face of cycling. The sponsors funding the sports clearly see the benefits of a more diverse audience. And when black athletes compete – the victories speak for themselves.

Pro Cyclists Giving Back To Their Communities