The 22-year-old successfully defended his yellow jersey, enjoying his triumph on the Champs-Élysées.

The youngest winner in the post-war era and the first ever Colombian. We’re sure it must be a lot to take in.

“It’s one of the biggest things for us because it will be our first Tour de France,” Bernal said. “I received a lot of messages but to be honest, I have just talked with my family and with some friends. I’m very happy for me and really proud to to be in this position. I think that it hasn’t hit me yet.”

We'd like to say a massive thank you for all the incredible support across the last three weeks, both on the roadside and from the fans watching at home #TDF2019 #7eamINEOS pic.twitter.com/ulV8waCu1H

Bernal achieved the victory with the help from his team-mate and the 2018 winner Geraint Thomas. The Welshman admitted to being disappointed that he didn’t win, but was happy for Bernal.

“The way the team has been it’s just been incredible. And it couldn’t be a nicer guy to win. Egan is truly a genuinely nice, friendly, happy guy. A pleasure to ride with. And Christ, he’s only 22.”

Alaphilippe gave it his all

The Frenchman led the race for 14 days, but slipped off the podium in the final kilometres.

Take a trip down memory lane, all the way to the 2016 Le Tour, and discover new kid on the block @alafpolak1 before he became the man who ignited the hopes of a nation and kept them alive for three weeks during a memorable #TDF2019.
Thank you to the crew of "One Year in Blue"! pic.twitter.com/dqAkreyqqI

“I gave it my all. I think it was hard to do better,” Alaphilippe said. “I was expecting to explode at some point. But I still maintained well. I’m very proud of what my team-mate Enric Mas did for me, it was his job and he did it really well. Without him, I would have finished at a quarter of an hour I think. That’s my temperament. With me, it’s a bit all or nothing.”

“I dreamt of winning the polka dot jersey when I was young. It’s a nice satisfaction for me this time. It’s going to be my fifth time on stage on the Champs-Elysées for a different award in seven participations. It’s good to reinvent oneself. Things haven’t gone according to my expectations at this Tour but I’ll enjoy this trophy before thinking about what has not worked. We’re allowed to fail but we’re not allowed to not try and give it all.”

All he needed to do was finish. And he did. Congratulations, Peter, to your record-breaking seventh ŠKODA Green Jersey. 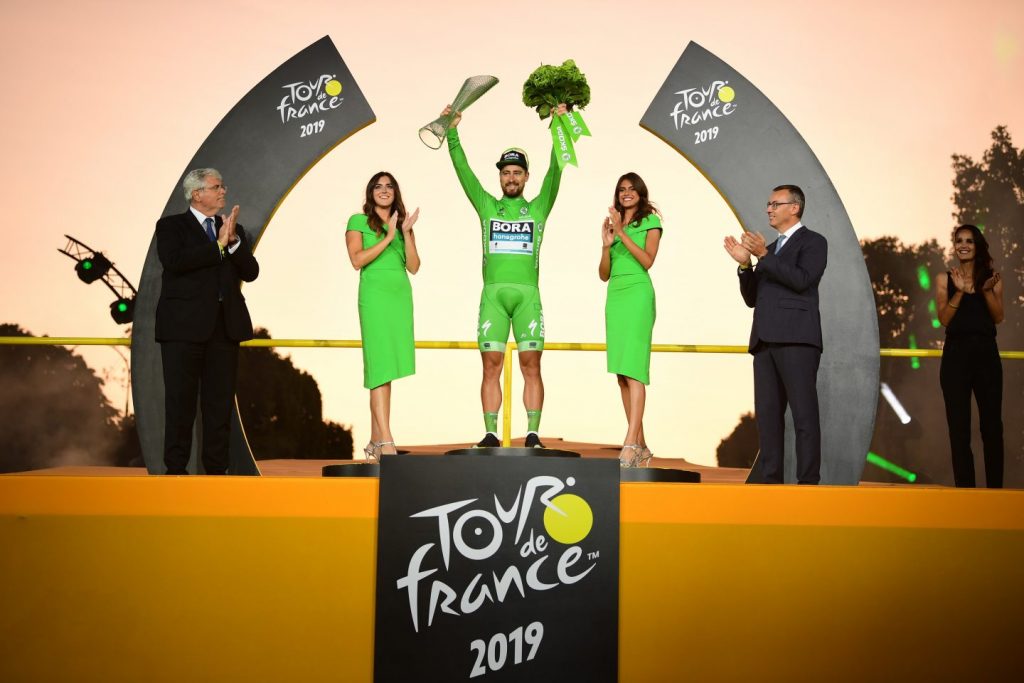