Sometimes you stumble upon cycling at the least expected places, such as in the ancient city of Polonnaruwa, Sri Lanka. We made a half-day cycling trip around to see why this site is getting more and more popular.

Despite the tragic suicide bombings that occurred before Easter, Sri Lanka still represents a wonderful tourist destination. Most places are easy to access by trains, buses or auto rickshaws (called tuk-tuks). However, there is one specific historical site where bike plays a significant role if you want to explore it. The place is called Polonnaruwa and it’s one of the most popular tourist destinations in Sri Lanka. 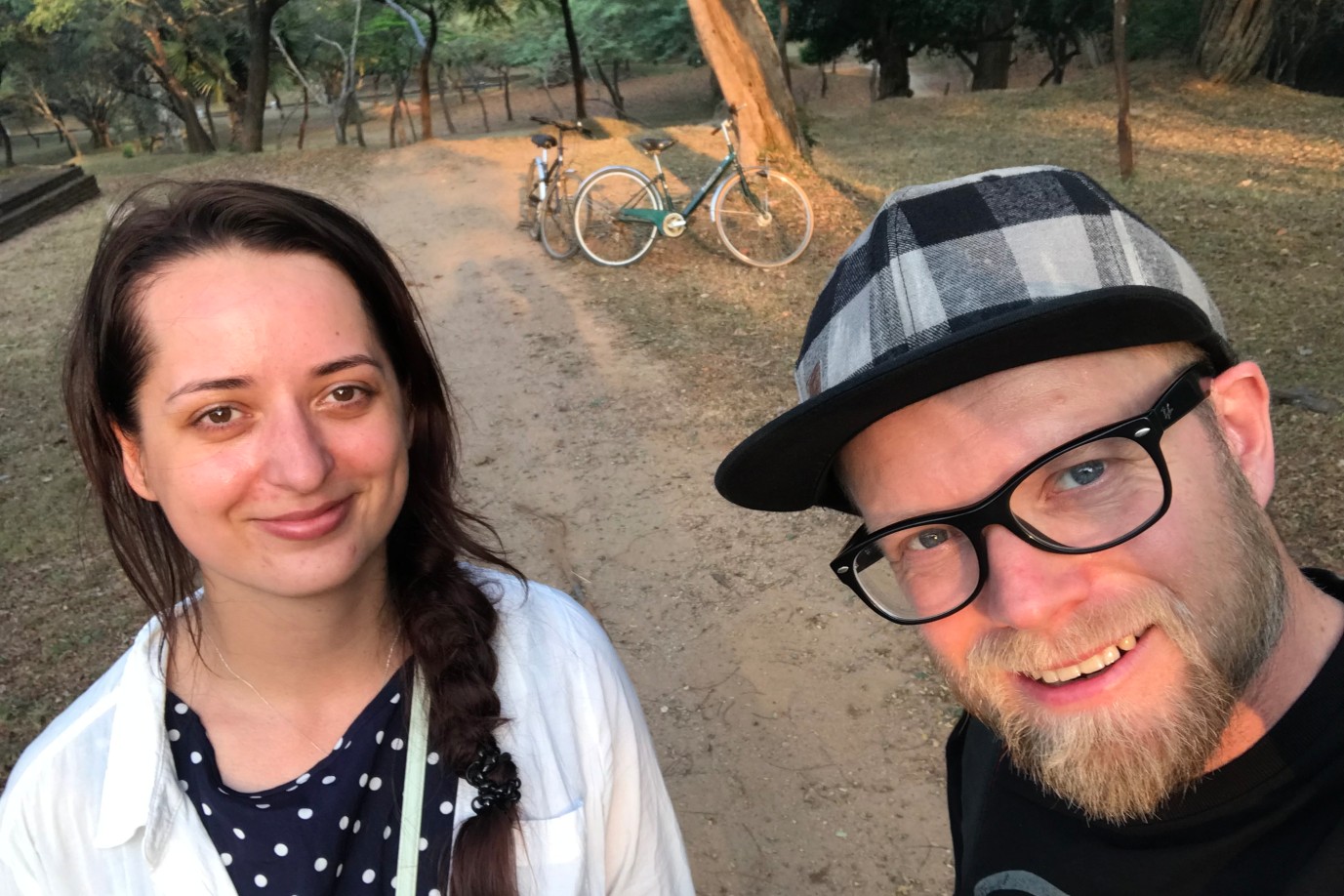 Established by the Chola dynasty as their capital in the 10th century, the Ancient City of Polonnaruwa has been declared a World Heritage Site. Located in the centre of the island, the historical part of the town offers an experience unlike anything else you can see elsewhere in Sri Lanka. Apart from a museum, there are tens of ruins of ancient temples and shrines scattered around the area just waiting to be explored. Their wooden parts, such as roofs, were destroyed centuries ago, but the stone walls have proudly withstood the ravages of time. There are several highlights, such as the ancient royal palace and enormous standing or lying Buddhas, which are a must-see.

Even though cycling is regarded as rather dangerous in Sri Lanka because of the ferocious traffic, the historical site of Polonnaruwa stretches across an incredibly vast park with quiet roads and paths shielded against the fierce rays of sun by the treetops and exotic vegetation. While walking from one ruin to another would be exhausting, cycling makes the visit a piece of cake. Cycling has become so popular that most guest houses will provide you with bikes for less than nothing. Don’t even bother to ask about bike lock. There’s no one willing to steal near sacred places and it seems that in Sri Lanka, bike theft is an uncommon activity in general. In front of each historical sight, you just dismount from the bike and leave it standing without any worries.

The only potential danger you might encounter is the monkeys roaming the park at any time of the day or night. There are two kinds of them: langurs and macaques. The pink-faced macaques are considered to be more aggressive, but we didn’t have any trouble with any of them. 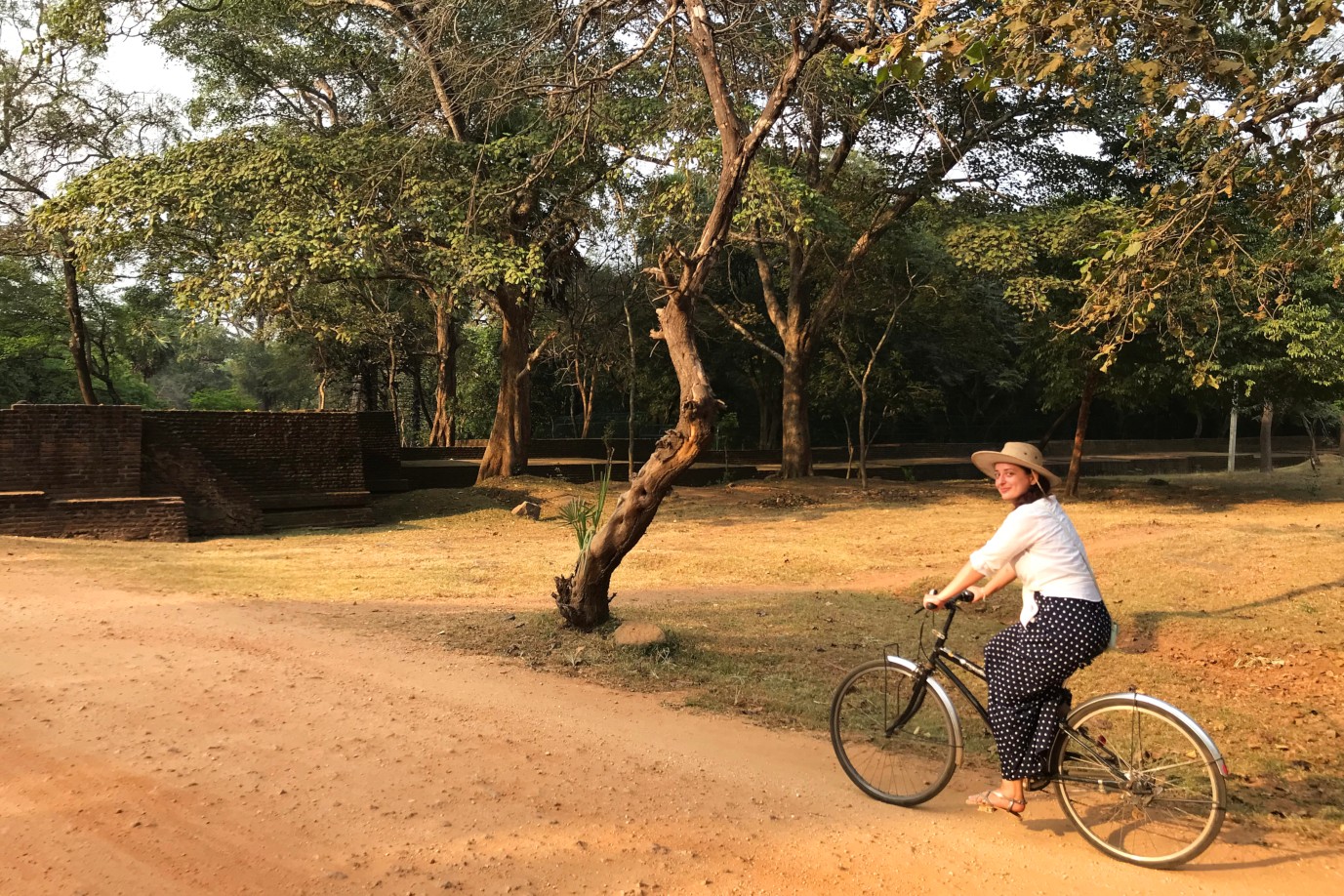 There are two or three recommendations for the visitors. Entering holy places is allowed only barefooted, so opt for shoes that can be taken off easily. It’s considered disrespectful to take photos of people who are standing with their backs against the Buddha statues. Especially women should cover their shoulders and knees, which is no mean feat in temperatures attacking 40 °C. Wearing a long skirt and a straw hat, however, you can flood your Facebook profile with photos that look as if they were taken many years ago.

How much it costs: Renting a bike for half a day costs approximately 7 euros. A day ticket is 22 euros. As there are many small shops all around, you don’t need to bring your own water. The train from Colombo, the capital of Sri Lanka, will take you to Polonnaruwa in seven hours for less than 10 euros. Globetrotting Cyclist: The Purpose of the Purpose and a Funeral Adventures of a Globetrotting Cyclist: The ‘Prepared Mind’ in Vietnam