How Overpriced Parking Fees Turned into a Life of Cycling

When Charlotte Lawson moved to Cambridgeshire, she decided to invest in a bike in order to avoid paying the high […]

When Charlotte Lawson moved to Cambridgeshire, she decided to invest in a bike in order to avoid paying the high parking fees at her local station. A 3-mile ride each way, she immediately noticed that it helped alleviate her lower back pain and that she arrived at work feeling more energized. Her cycling commute became an important part of her routine and something she looked forward to each morning. Although she hadn’t been a cyclist before, even when she moved within walking distance of her station, she kept up the habit, ‘just for fun’, as she put it. That was almost a decade ago, and her appetite for cycling has been escalating steadily ever since.

Lawson told We Love Cycling that becoming part of the cycling community has been one of the most treasured benefits her bike has provided her. She’s made countless new friends, cycling buddies and has even reconnected with dear friends that she had been out of touch with for years. It has also given her a renewed appreciation for where she comes from, as well as the chance to explore the world in a way she had never even considered before. “Cycling has given me a whole new perspective on my own local environment. I have fallen in love with new areas of the UK and Europe that I would never have visited if it were not for my bicycle,” she explained.

She now manages to squeeze in bike rides during business trips, and non-biking holidays with her family and friends. She’s explored many far-flung corners of the globe on two wheels, including Thailand, Singapore, Morocco, and Mallorca. She also brings along her bike for family vacations in Portugal every year.

Most importantly though, cycling has given her the opportunity to do something important for someone she loves. Four and a half years ago, Lawson’s mother was diagnosed with Parkinson’s disease. She was inspired by the care and support that she was receiving from her local group, and she wanted to give something back on behalf of her family. She decided to use her bike to start raising money for Parkinson’s UK, and has since raised around £7,000. 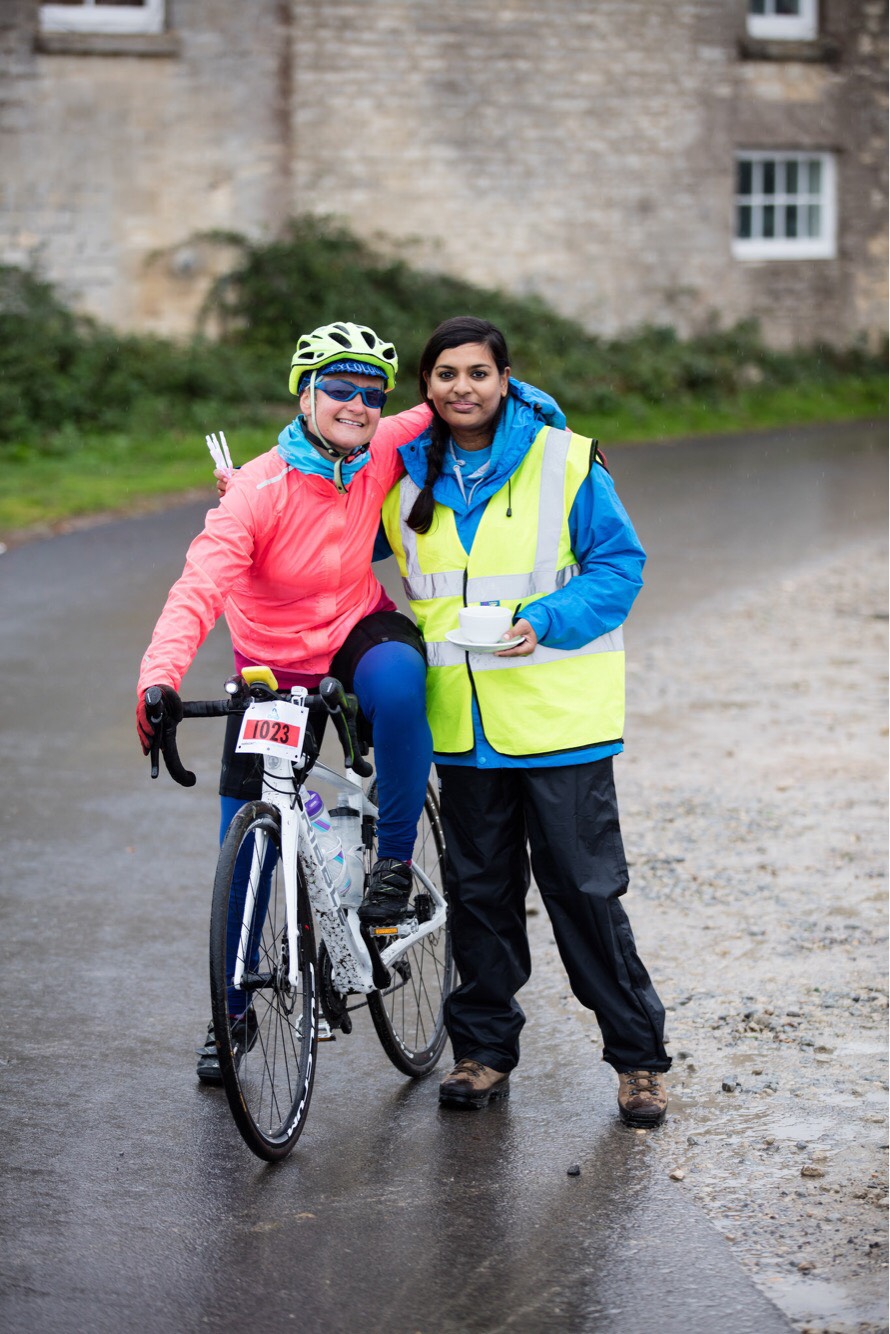 She started with a plan to complete a loop around the outside of the M25 motorway in under 24 hours, the circuit around greater London is about 160 miles. She was thrilled to accomplish her goal and the following year she pledged to ride 5,000 miles in total, followed by a commitment to complete 100km elevation (to the edge of space) in 2017. As Cambridgeshire is pretty flat, she’s come quite a way since her 3-mile commute. This year she rode the Pyrenean Raid (across the Pyrenees from the Atlantic to Mediterranean coast in under 100 hours). As for next year, ‘who knows!’ she told us.

Lawson feels lucky to have discovered cycling when she did and would encourage others, who are interested but apprehensive, to reach out to local groups for support and inspiration. “It really helps when you are flagging if there is a friendly voice pedalling beside you, urging you on,” she said. She still rides with many of the friends she made through cycling events, and they are able to mutually support one another in their cycling endeavours, be they fundraising or otherwise.

With the urgent need for more bikes on the road, we’re glad to see more people discovering all the joys that riding has to offer, not to mention using cycling as a way to give back to their community. If you’d like to support Lawson’s fundraising efforts, you can do so HERE.